PONTIAC – A temporary order blocking enforcement of Michigan’s long-dormant abortion ban remains in effect for now as court proceedings Wednesday in Oakland County Circuit Court ended without a resolution. The hearing will resume Thursday morning and the judge could rule then.

At issue is whether county prosecutors in Michigan will continue to be blocked for now from enforcing the state’s existing abortion ban amid ongoing legal challenges.

Circuit Court Judge Jacob Cunningham began hearing arguments on granting a preliminary injunction on a case brought by Gov. Gretchen Whitmer. The governor, who favors abortion rights, is seeking to prevent enforcement of the state’s 1931 abortion ban while the issue churns through the courts. That law makes abortion a felony, with an exception for protecting the life of the mother.

Republican prosecutors in Kent, Jackson, and Macomb counties argue they should be able to enforce the ban after the U.S. Supreme Court struck down Roe v. Wade in June.

But Whitmer, Democratic prosecutors and medical experts who testified Wednesday argue that allowing local prosecutors to set the rules on enforcement while legal challenges are pending would sow confusion and cause abortion providers to halt abortion care in a fluid, post-Roe environment.

The legality of abortion access in Michigan has proven complicated in recent months.

In May, state Court of Claims Judge Elizabeth Gleicher issued the first injunction against the 1931 ban, ruling that should the nation’s highest court strike down a federal right to abortion, the state’s Attorney General’s Office was forbidden from enforcing the state law. In late June, Roe was indeed struck down.

But while Democratic Attorney General Dana Nessel has made clear she had no intention of prosecuting abortion providers, several local prosecutors in conservative counties said they would pursue such cases if they arose, as anti-abortion groups challenged the injunction.

That has left abortion’s continued statewide legality hanging on the temporary injunction the Oakland County judge issued Aug. 1, which applied to local county prosecutors. An attorney for the attorney general’s office alluded to the whipsaw nature of the abortion rulings Wednesday.

“When we woke up that morning, abortion was legal in Michigan, when we had lunch, it was illegal, and when we had dinner, it was legal again,” attorney Linus Banghart-Linn told the court Wednesday. “The enforceability of (the ban) was enough where providers were saying, ‘We need to stop providing health care.’” 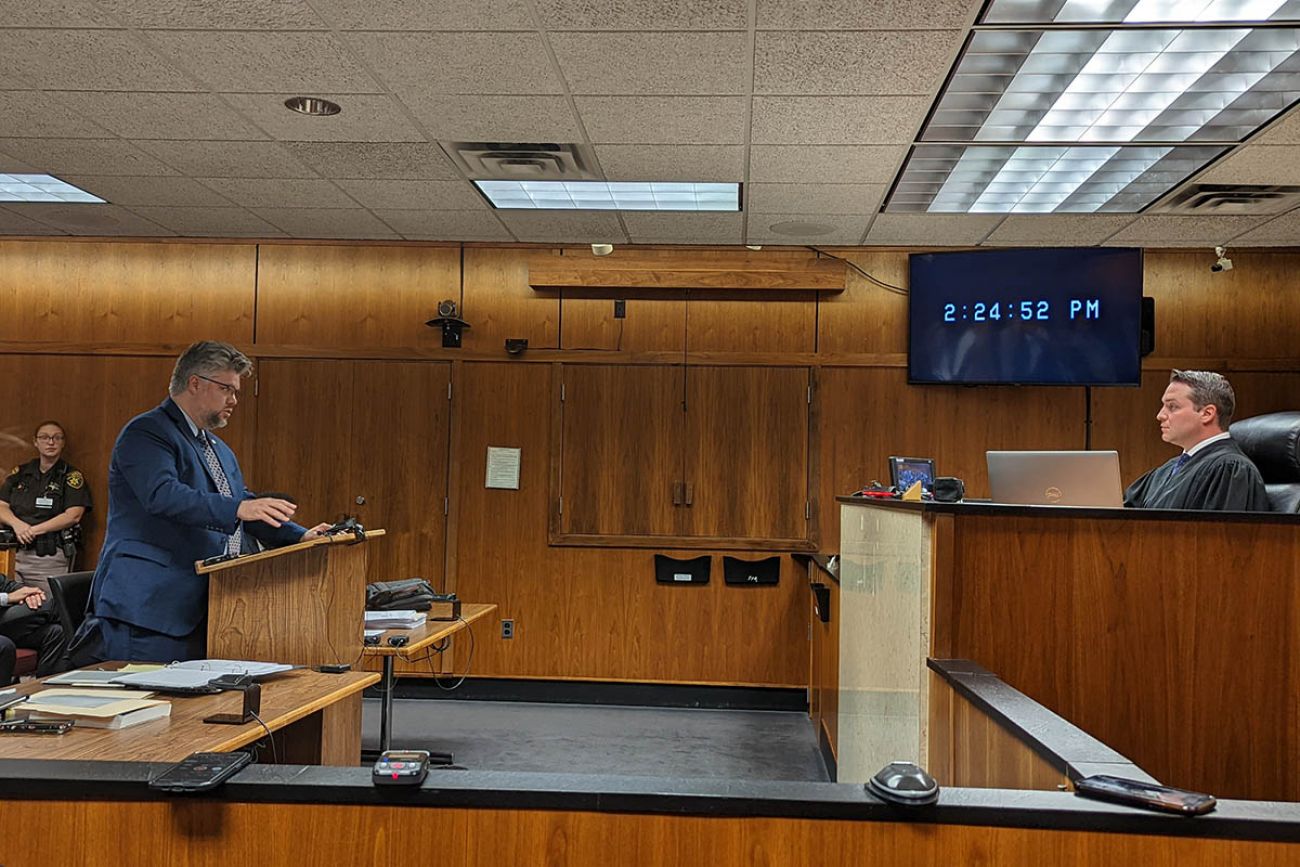 Banghart-Linn urged the judge to convert the temporary injunction into a longer-term preliminary injunction, arguing it would “restrain a future violation” should the pending legal challenges to the 1931 law prevail.

Injunction rulings are largely based on balancing the harms suffered by either side, and Banghart-Linn contended that the harm suffered by pregnant people would be far greater if they were unable to get an abortion as the case winds through the courts than would be suffered by prosecutors unable to enforce the ban under a temporary injunction.

David Kallman, an attorney for the Republican county prosecutors, argued that an injunction would be inappropriate, as the 1931 law is currently the law of the state, even as Whitmer and others push the Michigan Supreme Court to declare there’s a constitutional right to an abortion under Michigan’s Constitution.

“I understand they want a change — that's the purpose of the lawsuit and having it play out and have trials and witnesses and do the whole thing,” Kallman said, but “they're not entitled to this extraordinary” judicial relief of a preliminary injunction.

Kallman, who’s asked the court repeatedly to dismiss the lawsuit outright, argued the right to an abortion in Michigan was derived from the federal Constitution, which the U.S. Supreme Court has since overturned. It shouldn’t be assumed that the state Constitution grants Michigan residents that same right, he said. 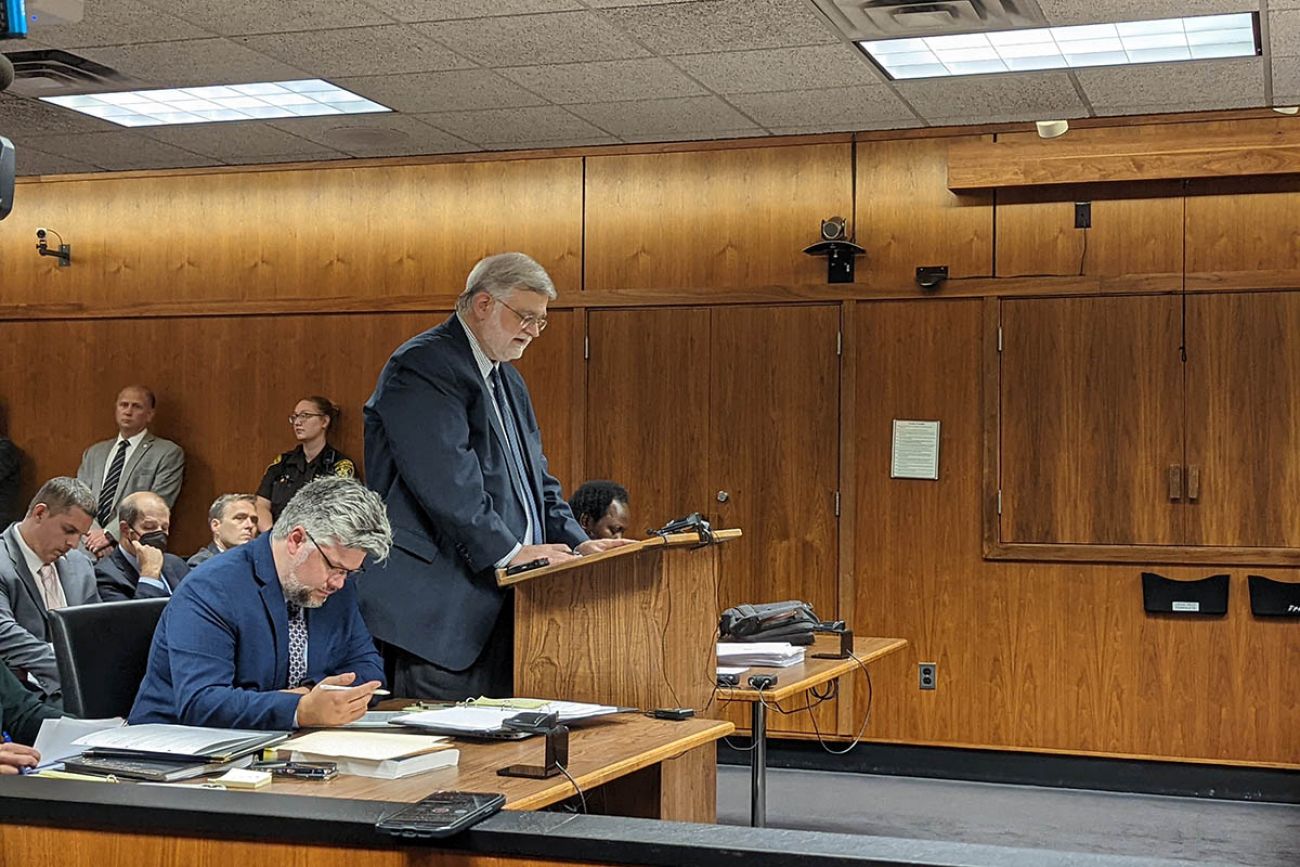 Kallman had subpoenaed Whitmer, arguing the first-term Democrat should have to testify since she is lead plaintiff in a suit challenging the ban. But Judge Cunningham ruled Whitmer wouldn’t have to testify after Whitmer’s attorneys challenged the subpoena.

Harris said the ambiguity of the 1931 law makes it a “difficult law for doctors to follow” due to a lack of clear indicators of how high the risk of dying needs to be to meet the ban’s exception. She said there’s also ambiguity in what counsel medical practitioners should give to people with conditions like heart disease, lung disease or cancer that could significantly complicate pregnancies or put their health at risk.

Harris said she provides abortions as part of her reproductive care and works in Washtenaw County, where Prosecutor Eli Savit has said he wouldn’t enforce the state’s ban. But she said she wouldn’t perform abortions if the ban on the books were to be reinstated, telling the court “I just don’t want to break the law.”

Bagdasarian said the state Department of Health and Human Services has received questions from doctors on what is legal and what isn’t, noting it would be extremely difficult to provide guidance on what physicians can and cannot do if abortion enforcement is left to local prosecutors.

Additional witnesses will be called to testify in the case when court reconvenes at 9:30 a.m. Thursday.

Whitmer’s legal challenge to the 1931 law began in Oakland County. But in the litigation, she has asked the Michigan Supreme Court to step in and fast-track a decision on whether the current language in the state constitution provides a right to abortion in Michigan.

Following the hearing, Whitmer Chief Communications Officer Kaylie Hanson said the governor “will continue using every tool in her toolbox to protect women and health care providers” while they wait for the state Supreme Court to consider.

“Recent court rulings at various levels have proven that the legal status of abortion in Michigan remains precarious, and the governor’s priority is ensuring that medical decisions are left between a woman and her doctor,” Hanson said.

The Michigan Supreme Court is currently in summer recess and has not yet indicated whether it plans to consider Whitmer's request. A separate challenge to the 1931 law was filed by Planned Parenthood of Michigan and remains pending in the state courts.

Meanwhile, a proposed ballot initiative that would explicitly enshrine the right to abortion in the Michigan Constitution is currently pending before state elections officials, who are expected to determine whether the measure will qualify for the ballot later this month.

Under the initiative, abortion would be allowed up to fetal viability, at which point the procedures could be regulated by the state. Minors could obtain the procedure without parental consent.

Abortion rights supporters submitted 753,759 signatures for the ballot measure, more than double the amount of signatures required and the most ever submitted for a ballot proposal in state history. The coalition behind the measure includes the ACLU of Michigan, Planned Parenthood Advocates of Michigan and Michigan Voices, a progressive nonprofit.

Anti-abortion groups, such as Michigan Catholic dioceses, Republicans and others, have labeled the proposed amendment as an “anything goes” proposal that goes beyond legalizing abortion in Michigan. They are calling on state elections officials to reject the proposed ballot initiative, citing “serious errors” in spacing between words on the petition text circulated to voters.