LANSING — Former Michigan Gov. Rick Snyder, his health director and a top aide are bracing for criminal charges related to the 2014 Flint water contamination crisis, according to sources familiar with expected legal action.

The nature of the potential charges is unclear, but an attorney for Snyder top adviser Rich Baird confirmed he was informed Monday that his client will be charged. An announcement is expected by Thursday.

“At this time, we have not been made aware of what the charges are, or how they are related to his position with former Michigan Governor Rick Snyder’s administration,” Randall Levine said in a statement.

Snyder attorney Brian Lennon declined to discuss his conversations with the Michigan Attorney General’s Office of Special Counsel but said in a statement that any charges against the Republican former governor would amount to “a politically motivated smear campaign.”

An attorney for former Health Department Director Nick Lyon, meanwhile, argued it would be “an absolute travesty of justice” should his client face charges for the second time. Lyon was set to face trial in 2019 for involuntary manslaughter when charges against him and others were dropped and a special counsel relaunched the case.

The potential charges, first reported Tuesday by the Associated Press, came as a relief to Flint residents. They continue to seek justice for a lead contamination crisis that caused brain damage and other ailments among residents of the majority African-American city.

"It is about time. What took so long?" said Bishop Bernadel L. Jefferson, pastor of the Faith Deliverance Center of Flint.

Jefferson confronted Snyder administration officials in Lansing about water quality in 2014 and attended his testimony before Congress in 2016, when he testified he did not know about dangerous lead levels in the water until October 2015.

She said Snyder and others should face punishment for allowing a state-appointed emergency manager to switch the city’s water supply to the Flint River as a cost-saving measure.

"If it had not been for him we wouldn't be lead poisoned today," she said. Her church has provided water to residents for over five years, at times driving it to people's homes, she said.

"You [Snyder] said there was nothing wrong with the water. You said 'go ahead and drink it,' " she said. "Every time you take a public office you are accountable for those decisions," she said.

Michigan Solicitor General Fadwa Hammoud and Wayne County Prosecutor Kym L. Worthy are leading the Flint water crisis probe for Attorney General Dana Nessel, whose office declined to comment on whether charges against Snyder and others are imminent.

“[I’m] not in a position to comment on the team’s ongoing investigation,” said spokesperson Courtney Covington Watkins, “but they are working diligently and hope to have an announcement soon on the status.” 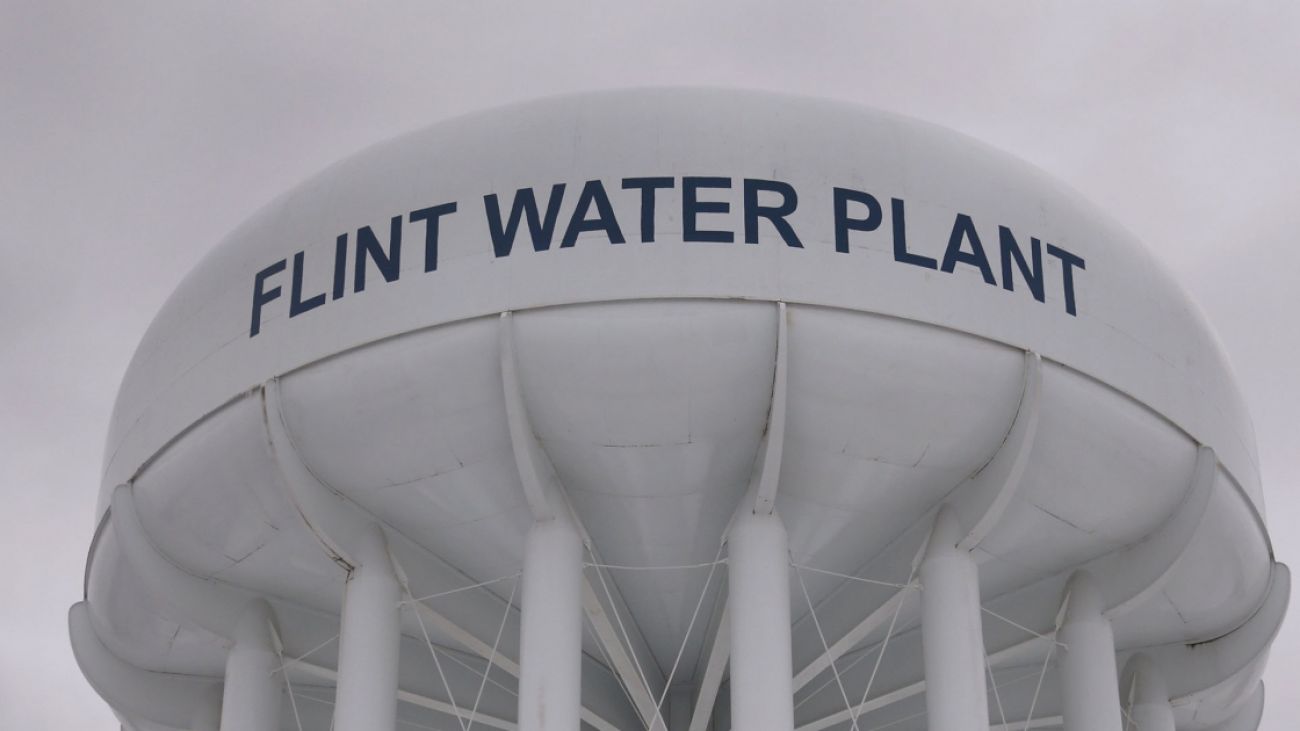 Tens of thousands of Flint residents were exposed to lead in 2014, when the city began drawing drinking water from the Flint River amid a price dispute with Detroit. The city, under control of a state-appointed emergency manager at the time, failed to treat the water with appropriate corrosion control chemicals, promoting lead to leach from the aging pipes.

While critics said he did not act quickly enough to aid Flint residents, Snyder publicly apologized for the crisis in his 2016 State of the State Address and vowed to fix it. Before leaving office at the end of 2018, he toughened the state’s Lead and Copper Rule to further limit the amount of the toxic contaminant allowed in drinking water sources.

But Snyder continually insisted that he was never aware of monthslong communications between federal Environmental Protection Agency officials and his own regulators about problems with the water before the state took action in late 2015.

“We needed urgency, we needed action, and they keep on talking,” Snyder testified to Congress in 2017.

Dr. Mona Hanna-Attisha, a Flint pediatrician who helped expose the problem by finding elevated lead levels in local children, said Tuesday that “accountability and justice” are critical to the health and recovery of the city.

“This news is a salve, but it isn’t the end of the story,” Hanna-Attisha said in a statement. “Healing wounds and restoring trust will take decades and long-term resources.”

The pending legal action comes 18 months after the Nessel’s team dropped all Flint water crisis charges that had been filed under former Attorney General Bill Schuette, including the involuntary manslaughter charge against Lyon that stemmed from a related outbreak of Legionnaires Disease that killed at least 12 people in the Flint area.

At the time, Hammoud and Worthy said Schuette’s prosecutorial team had not pursued “all available evidence” despite spending more than $30 million on the case.

The move came even though Lyon and other officials had been bound over to face trial and infuriated Flint residents.

In a statement, Snyder’s criminal defense attorney said his firm has “been told by several reporters” that his client will be charged with crimes related to the Flint water crisis.

But the Office of Special Counsel has “refused to share information about these charges with us,” Lennon said, “which is an indication that a public relations smear campaign is a higher priority than any official legal action.”

He argued that any charges against Snyder “would be meritless.”

Baird, a Flint native, led the Snyder administration’s economic recovery efforts in the city as part of a team dubbed “mission Flint.” He was caught on tape in 2018 telling a Flint activist who had criticized Snyder to “crawl back into whatever hole of illusion you reside in.”

In a statement, his attorney highlighted Baird’s Flint roots and suggested the pending charges stem from “his work helping to restore safe drinking water for all residents and faith in the community where he grew up.”

Chip Chamberlain, an attorney representing Lyon, said the initial charges that Schuette levied against his client were “politically motivated and meritless” and suggested the same would be true for any new charges from Nessel’s office.

“We have asked for copies of any so-called charges, and we have been refused,” Chamberlain said in a statement. “It appears that the Attorney General is more interested in creating a misleading narrative, seeking publicity and trial by ambush, than in seeking the truth.”

Chamberlain pointed to a 2019 report from the U.S. Centers for Disease Control and prevention suggesting the local McLaren hospital had been a potential source of Legionnaires infections long before the Flint water crisis.

“We remain concerned that, like their predecessors, this team has ignored evidence of actual wrongdoing of others that led to issues attributed to the Flint water crisis, like the findings of the CDC in 2019 demonstrated,” he said.

Schuette, who also left office at the end of 2018, first launched a criminal probe into the Flint water crisis in early 2016. He began charging state and local officials later that year, including former Flint emergency managers Darnell Early and Gerald Ambrose.

It wasn't clear if new charges will be levied against either men, state appointees who oversaw day-to-day operations of the city.

Jamie White, an attorney for former Flint Public Works Director Howard Croft, confirmed his client has been notified that he's being indicted – again – on unspecified charges.

Schuette in 2017 charged Croft with involuntary manslaughter, alleging he pressured a local official to begin using the Flint water treatment plant before it was ready for proper operations.

White slammed state investigators for what he called a lack of transparency and reliance on unusual procedural methods to arrive at charges. He said he's been told that prosecutors convened a one-person grand jury to ascertain charges, rather than going through "the traditional methodology" of procuring an arrest warrant, which would have given his client an opportunity for a preliminary exam to determine whether charges are warranted.

"It deprives Mr. Croft of a fair trial," White said.

He maintained Croft's innocence and criticized the start-and-stop Flint probe, in which Croft formerly faced charges before Hammoud dismissed charges and launched a new criminal investigation.