Secretary of State Jocelyn Benson announced Tuesday that the Department of State would be sending out absentee ballot applications to all Michigan registered voters in the August and November elections due to concerns over in-person voting due to the coronavirus. (Bridge file photo)

President Donald Trump threatened to withhold federal funding for Michigan after Secretary of State Jocelyn Benson said she would send all 7.7 million registered voters in the state applications to vote by mail in the August and November elections.

“This was done illegally and without authorization by a rogue Secretary of State,” he wrote. “I will ask to hold up funding to Michigan if they want to go down this Voter Fraud path!”

Breaking: Michigan sends absentee ballots to 7.7 million people ahead of Primaries and the General Election. This was done illegally and without authorization by a rogue Secretary of State. I will ask to hold up funding to Michigan if they want to go down this Voter Fraud path!..

In a following tweet, he tagged Acting Director of the Office of Management and Budget Russ Vought, chief of staff Mark Meadows and the U.S. Treasury Department.

Secretary of State spokesperson Jake Rollow wrote in a statement that Trump’s tweet is “false” and that “applications are mailed nearly every election cycle by both major parties and countless advocacy and nonpartisan organizations. Just like them, we have full authority to mail applications to ensure voters know they have the right to vote safely by mail.”

Benson also tweeted that her “GOP colleagues in Iowa, Georgia, Nebraska and West Virginia” have also sent out applications for absentee ballots.

Hi! I also have a name, it’s Jocelyn Benson. And we sent applications, not ballots. Just like my GOP colleagues in Iowa, Georgia, Nebraska and West Virginia. https://t.co/kBsu4nHvOy

Speaking to reporters later Wednesday, Gov. Gretchen Whitmer said that "to see rhetoric like this" from Trump "is disheartening and may show you there is a lack of understanding" about Benson's actions.

Trump’s threat comes as Michigan faces a massive $6.2 billion budget shortfall over the next 18 months due to lowered state revenues and increased spending related to the pandemic.

The state already received $3 billion in funding from the federal government through the CARES Act that was passed in March, but it’s limited to being used for new COVID-19-related expenses that weren’t already accounted for in the existing budget.

State officials have said they’re hoping the federal government can provide more funding or change the requirements for how the existing money can be spent. Without major changes, the state will already face dramatic budget cuts or tax increases to make up the difference.

Benson announced Tuesday that the Department of State would be sending out absentee ballot applications to all Michigan registered voters in the August and November elections due to concerns over in-person voting due to the coronavirus. The plan will cost $4.5 million, which will be taken from $11.2 million in additional CARES Act money allocated to the state for elections.

Trump has publicly fought efforts to expand access to mail-in voting, raising concerns that the practice would hurt Republicans at the ballot box and lead to voter fraud, though experts say voter fraud is incredibly rare.

“I do question how and why this specific mailing was done right now. Local clerks are the ones who have always handled these requests, not the secretary of state,” Johnson said in a statement.

“Like Gov. Whitmer, Secretary Benson seems to be taking unilateral actions with no input and questionable motives — and that is very troubling.”

House Elections and Ethics Committee chair Rep. Julie Calley, R-Portland, told the Associated Press that the $4.5 million would have been better used for personal protection equipment for election workers, for sanitation and protective equipment at polling places, and on machines for quickly processing absentee ballots.

A report from the Pew Research Center in late April found that 52 percent of people support conducting all elections by mail while 70 percent said they favored allowing any voter to vote by mail if they want to. 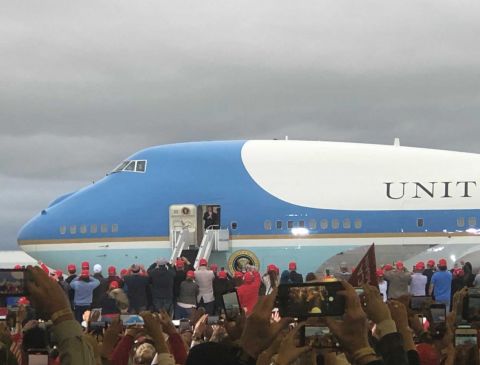 President Trump comes to Michigan to hype the economy before coronavirus. He boasted that he ‘saved’ the auto industry, a claim that is dubious at best since Michigan has lost auto manufacturing jobs under his watch. 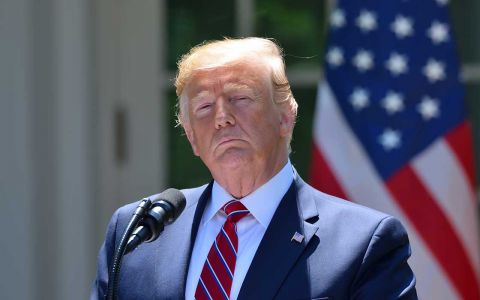 One day after Joe Biden touted his Made in America plan, President Trump notes that the Democrat’s son teamed with a Chinese defense contractor to buy a Michigan firm that created jobs overseas.

Voting by mail is fraud. There is no way to prevent non- citizens, criminals, duplicate voting, those under age, and dead people voting. Voting is a responsibility. If you do not qualify to vote or have no clue who you are voting for or what the issue is about than you should not be voting.

That is wrong-think, Diana!

You will stay right where you are at until Gov. Karen can dispatch a division of Michigan State Police to your current location to arrest you and take you to the nearest "re-education" facility.

Anyone questioning the advancement of the democrat party agenda must learn that will not be tolerated.

"Voting by mail is fraud. " Wrong, but if you think so, are you saying you want to impeach Trump for fraud? Do you realize Trump voted by mail in Florida?

Absentee ballots are different than just letting people mail hem in. Absentee requires you fill out a request. One is not automatically sent to you. You have to initially show ID. No ID requirement just means fraud. Who is to say that just mailing ballots to a nursing home won't all be filled out by the same person? Not everyone is fit to vote.

According to Michigan law, any registered voter can vote by absentee ballot.

Newsflash: Trump gets is wrong again.

It will be newsworthy if he ever gets it right. He's a complete doofus.

Voting by mail is pure fraud. It opens the door wide for criminals, non citizens, duplicate voting, under age voting, and those who cast votes on applications sent to dead people. Benson and Whitmer have no right to encourage or all this bad behavior to exist in Michigan. Voting is a responsibility. If you do not qualify, know who or what you are voting for than you should not vote.

"Voting by mail is fraud. " Wrong, but if you think so, are you saying you want to impeach Trump for fraud? Do you realize Trump voted by mail in Florida?

Is the money in the CARES Act legally authorized for the sort of spending that the Secretary of State is going to do? $4.5 million is a lot of money- I really hope that there is legal authorization in the CARES ACT that gives the Secretary of State of Michigan (who has no authority from the Legislature or appropriations from the Legislature) to decide to spend the money in that way. Otherwise, if she were to do so it would be against the law, and that would make her a criminal.

Yes, Smartie, the money in the CARES Act is for COVID19 relief and it's not safe to vote in person.

Just so I understand liberals correctly... it's "not safe to vote in person" so $4.5 million is going to be spent encouraging something that is already legal... but it is safe to go to Walmart, Target, vape shops, sex clubs, lotto retailers, cottages on Elk Lake, boat marina's to get the Governor's boat out of storage, and Party City? To a liberal, there "isn't enough money for schools and roads and dams", but at the same time there "is plenty of money to send an application for something that is already able to be done"? It's tough understanding the doublethink that is inherent in being a progressive or liberal of fascist today, but with your help I'm sure I'll figure it out eventually. Is screaming 'I hate Trump' for two minutes every day vital to the process of understanding your thinking, or is that just something you do to strengthen your hate muscles?

Yeah Trump talks before he know the facts, again.

When will Trump learn he is persona non grata in Michigan.

One thing is clear, we have a rogue president suffering delusions from Hydroxychloriquine.

That's quite a statement coming from the criminal who is squatting in the White House. Can't wait for the day that he's sent to prison !

Why are we changing voting procedures that we've practiced for ovet 100 years? Voter ID prevents fraud.

Sweetie, the voters voted on a referendum to allow no-reason absentee voting. Absentee voting has been used in Michigan since the 1950's. You need rest. Did you see the questions above?

What the President is advising he would do is withhold federal funding to a state. It is my opinion, since no federal funding, no federal income tax should be paid to Washington. If I remember there have been court cases forbidding the federal government from intimidating individual states and states rights. Did we not fight fight a civil war about 155 years ago, about such matters? Let’s not go through this again, Mr. President!

I think the Civil War was because the Democrats wanted to keep people in slavery, controlling their actions and property and using the power of the government to suppress dissent and protests. The Republicans were elected, and then had to fight and win the war to keep our nation together. The lesson from the Civil War is that the Federal Government is supreme.

The state is taking money from the feds, so if the feds put conditions on that money, they have to follow the conditions. If the state doesn't take the money, it doesn't have to follow the conditions. But if the feds didn't give Michigan money to send out absentee ballots (or money to send out applications for absentee ballots), then the state can't spend money in that manner.

P.S. to prior comment, if federal funding is withheld, the citizens should seize all federal assets. Including real and personal property, vehicles. But no violence.