Voter turnout may surge in Detroit, spelling trouble for Trump in Michigan

DETROIT—Asandi Conner doesn’t “do regrets,” but she said she has learned her lesson about Republican President Donald Trump.

Four years after sitting out the presidential election, the 49-year-old communications consultant says she’s dismayed by racial division that has gripped the country and will “absolutely” vote this fall.

“It is far worse than I could have imagined it would be,” the Detroit resident told Bridge Michigan, explaining that she plans to back Democrat Joe Biden, although she’s not enthused about him, either.

“The option to not vote feels very much like casting a vote in support of Trump,” she said, criticizing the president’s anger over protests against police brutality and his handling of the coronavirus pandemic. “I know what that can look like. I’d rather take the risk and hope that Biden will offer something different and more aligned with my ideals.”

Conner is among more than 1,400 Detroit voters who cast ballots in 2016, but left the choice of president blank. Another 1,548 voted third-party, more than twice as many as four years prior.

At least 15,069 Detroiters who cast ballots in the 2012 presidential election and 2018 gubernatorial election did not vote at all in 2016, according to a Bridge review of state records. Democratic nominee Hillary Clinton still dominated Detroit, winning 95 percent of the vote, but she got 46,872 fewer votes in the city than President Barack Obama had four years prior.

Records show 6,488 otherwise regular voters in the largely African-American cities of Pontiac, Benton Harbor, Southfield, Muskegon, Flint and Saginaw did not cast a ballot at all in 2016. Among those who did, 838 did not vote in the presidential race.

“It was 100 percent decided by people who did not vote,” said pollster Richard Czuba of Glengariff Group Inc.

But his public opinion polling suggests that interest in the presidential election is increasing — and that could be a problem for Trump. On a scale of 1 to 10, Black voter motivation in Michigan is at a 9.5 and white voter motivation is at 9.8, according to Glengariff’s Sept. 30-Oct. 3 survey that showed Biden leading Trump by nearly 9 percentage points statewide.

“This will actually be my first year ever voting,” said Krista McClure, 32, who told Bridge her frustration with Trump prompted her to register in April after sitting out the last three presidential elections.

“I see how much the current president has driven hate,” said McClure, who runs the Detroit Parent Collective co-working space. “It’s really my life’s mission to work to remove that, even with the business that I have.”

Biden helped the city some as vice president with small business grants, but he is not perfect, she said, citing his Senate vote for a 1994 crime bill that precipitated a surge in mass incarceration of African Americans.

“Kamala Harris I think is actually his [key] to the Black vote and the Black community,” McClure said, pointing to Biden’s running mate.

“At the end of the day though, regardless of how anyone feels about the Democratic Party, I think everyone wants to replace the face of the red party,” referring to Republicans. 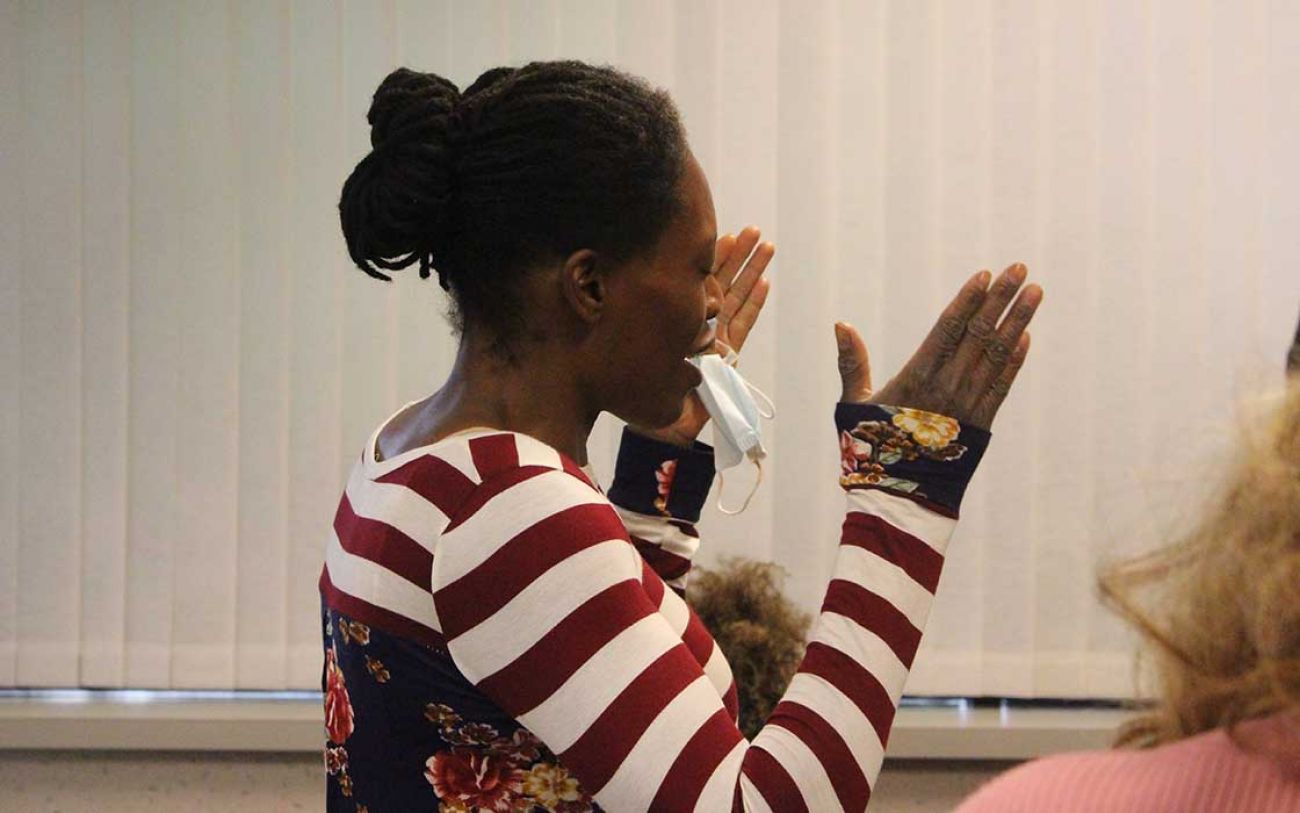 Thank you’s and hallelujahs rang out from a small office space in a strip mall on Livernois Avenue in Detroit on Oct. 5 as a group of roughly 15 loyal Trump supporters first learned the president had walked out of the hospital following treatment for COVID-19.

Four years ago, Trump appealed to African Americans by pointing to poor school performance and high poverty rates in urban communities and asking, “What the hell do you have to lose?” The pitch did not go over especially well in Michigan, where only 6 percent of Black voters supported Trump in 2016, according to exit polls.

But the president continues to woo Black voters, most recently with what he called a “platinum plan” for community investment.

And Republicans contend he could make inroads in Detroit, one of 15 cities where his campaign opened a “Black Voices for Trump Community Center.”

The Detroit office doesn’t look like the shiny, high-tech space the Trump campaign teased in February. It’s barely visible from Livernois, a main thoroughfare, tucked between a CVS and Boston Market restaurant.

But inside, Mentag and a handful of other dedicated volunteers were offering prayers for the president as they prepared to continue the relatively thankless task of knocking doors for Trump in Detroit, where he won 7,682 votes in 2016, topping the 6,019 Mitt Romney won four years prior.

“A lot of people have been very resistant, but I haven’t met anyone who was vehemently angry that I’m a Trump supporter,” said Menteg, a stay-at-home mom who lives in Detroit’s Brightmoor neighborhood who’s starting a small house-cleaning business.

“The doors have been hardened,” said Bernard Porter, a Trump campaign volunteer who lives in Detroit’s University District. “We hit every house, unless it says no soliciting. Or if it says Black Lives Matter or Biden by it, they’re going to want to fight you, so we don’t hit them.”

There’s no possibility Trump can win Detroit, but he could squeeze out more votes here than he did in 2016, and that could help him carry the state again in 2016, said Wayne Bradley, a political consultant, radio host and former director of minority engagement for the Michigan GOP.

“There are some, particularly Black men, who seem to be OK with Trump as long as the jobs are coming back, as long as they can provide for their families,” he said. “They’re not necessarily thrilled by what he says and does, but it’s been effective.”

Trump “missed an opportunity” to denounce white supremacy in the first presidential debate, and that could cost him Black votes in Detroit, Bradley acknowledged. “That’s a big challenge. The message just has to be clear.” 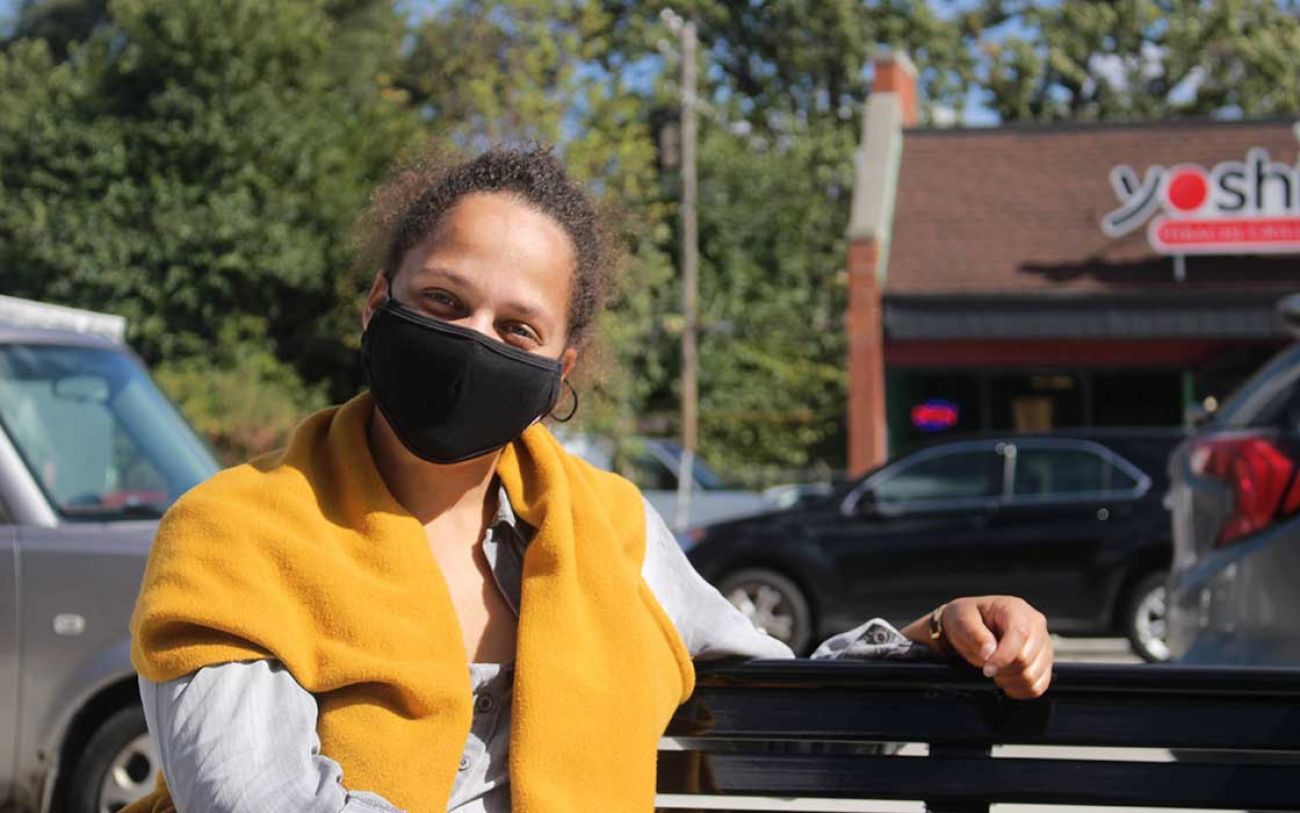 Republicans point to the pre-pandemic economy as proof that Trump’s tax cuts and pro-business policies were working for Detroit. The city added 10,187 jobs between 2016 and 2019, a 5 percent increase that outpaced the state's 3 percent rate, according to Michigan data.

But that upward trend began in 2014 after the city emerged from a historic municipal bankruptcy, a recovery Biden played a role in as vice president, according to Mayor Mike Duggan, a Democratic ally. The city still remains one of the poorest in America.

Service, transportation and construction sectors have driven Detroit’s recent job growth, according to University of Michigan economists. Manufacturing remains an economic bedrock in Detroit, but U-M does not project huge job growth in the sector despite ongoing construction of a new Fiat-Chrysler assembly plant on Mack Avenue.

Democrats contend Detroit would be much worse off without federal action under Biden and former President Barack Obama, including the 2009 auto industry bailout that helped Chrysler and General Motors avoid collapse, paving the way for recent investments.

Biden has touted his auto industry credentials in multiple campaign stops in Detroit, including a Friday voter mobilization event where he called himself a “car guy” while speaking from a stage between a Ford Mustang and Chevrolet Corvette.

As vice president, Biden visited “over and over again” during Detroit’s municipal bankruptcy and helped deliver a $26 million federal grant for new buses, Duggan said last month in a warm-up speech for Kamala Harris.

“He didn’t say, ‘It’s not my job.’ He came forth with a plan that got us those buses and he came out himself to see them delivered,” Duggan said, contrasting Biden’s crisis response to Trump’s handling of COVID-19.

“Detroit, I believe, is going to decide the election in Michigan. We’re going to turn out big.”

“The Democratic Party has done a great job reaching their most likely voters and inspiring new voters, but I think that there are some people who have just been turned off by the party’s positions on certain things over the years, including this pandemic and how its affected business owners,” Williams said.

That’s the case for Moustapha Gueye, owner of African Fabrics & Fashion on Detroit’s Avenue of Fashion, who said his business has been hit by “back to back” obstacles – first a streetscaping project that restricted foot traffic last year, and now the pandemic.

Sitting at his sewing machine, beneath an Obama tapestry, Gueye said he is not sure who he will vote for next month, or if he’ll vote at all.

“I don’t get anything from it,” he said.

Democrats don’t just have to persuade Detroiters to vote, they have to convince Detroiters their votes will be counted, Williams said, telling Bridge that speculation over postal service delays and recurring problems at the city clerk’s office have jeopardized local faith in the process.

“People are going to turn out, but I think we are pessimistically concerned, sitting on the edge of our seats, to see whether or not everyone’s votes will be counted, and will be able to be recounted” if there is another close election like 2016, Williams said.

Detroit Clerk Janice Winfrey’s team struggled to process a deluge of absentee ballots in the August primary, leaving more than half of the city’s precincts ineligible for a recount because of recordkeeping irregularities.

Michigan Secretary of State Jocelyn Benson is working to recruit and train more than 6,000 election workers for Detroit and provide other support to the city in the general election.

More than a Vote, a group headlined by NBA superstar LeBron James, has provided an assist. It's recruited more than 20,000 national volunteers to work elections in Detroit, Flint and cities in other states with significant Black populations, said Benson, who is an adviser to the group.

Michigan has recruited 26,000 volunteers of its own, and "part of the work is now to see who in that group wants to be placed in Detroit, Flint or other areas, because other jurisdictions have needs as well,” Benson told Bridge.

Democrats are encouraging residents to vote early in Detroit, where the city this week opened 23 satellite offices and 30 absentee ballot drop boxes.

A steady stream of voters were dropping off ballots Monday at the Northwest Activities Center — and most said they were voting for Biden.

Trump’s claim that he’s done more for Black Americans than any president since Abraham Lincoln rings hollow, she said. “I don’t think he knows what he’s talking about. It’s like a lot of the things he says — they’re not true.”