Another casualty of COVID: testing for lead poisoning in Michigan

Lloyd Toliver, takes a break from virtual schoolwork, at his Detroit home where he lives with, among others, his grandmother, TaNiccia Henry, and his infant brother, Ean Toliver. (Bridge photo by Robin Erb)
October 21, 2020
Robin Erb (Email)
Michigan Health Watch
Coronavirus Michigan

Michigan Health Watch
Another casualty of COVID: testing for lead poisoning in Michigan

DETROIT — Flaking off of porch posts, the muted yellow paint is hardly noticeable on this bright autumn day as 8-year-old Lloyd Toliver tosses a football in the front yard and his baby brother, Ean, watches a brilliant blue sky from his grandmother’s arms.

But paint like this on this fourth-generation home can carry poison for these two boys. Particles of lead-based paint slough off into the air, fall to the floor and can be inhaled by children or swallowed by toddlers — disrupting the brain and leading to possible learning difficulties, mental health issues, aggression or behavioral problems. In rare cases, it can kill.

In a pandemic year, though, the precious little attention that Michigan public health agencies pay to such hazards has dwindled even further.

In a five-month period — from March through July — lead testing was performed on just over 32,000 children in Michigan. That’s half the number of children tested when compared to the same months in previous years.

If children aren’t tested, of course, elevated lead levels can’t be detected. And detection is key because, while lead poisoning can’t be reversed, its impact can be mitigated through nutrition and special education plans, for example, such as was done in Flint after lead infiltrated the city’s drinking water system.

“If you’re a child with [high levels] of lead in your blood and you don’t get tested, you’re going to lose major cognitive capacity, and that loss is not recoverable,” said Lyke Thompson, director of the Center for Urban Studies at Wayne State University, and an expert in lead levels in children.

Lead-based paint was banned in 1978, but communities with older housing stock are more likely to have homes containing that paint, even if it’s hiding under more recent coats, according to the U.S. Environmental Agency. Nearly nine in 10 homes built before 1940 contain lead paint, and nearly one in four homes built between 1960 and 1977 still contain lead paint, according to EPA estimates.

With her grandson on her lap, Henry nodded toward dozens of homes in both directions of her street along Woodward — older structures with chipping paint.

In 2018, 1,718 children in Detroit and Wayne County tested positive for elevated levels of lead, according to state data. 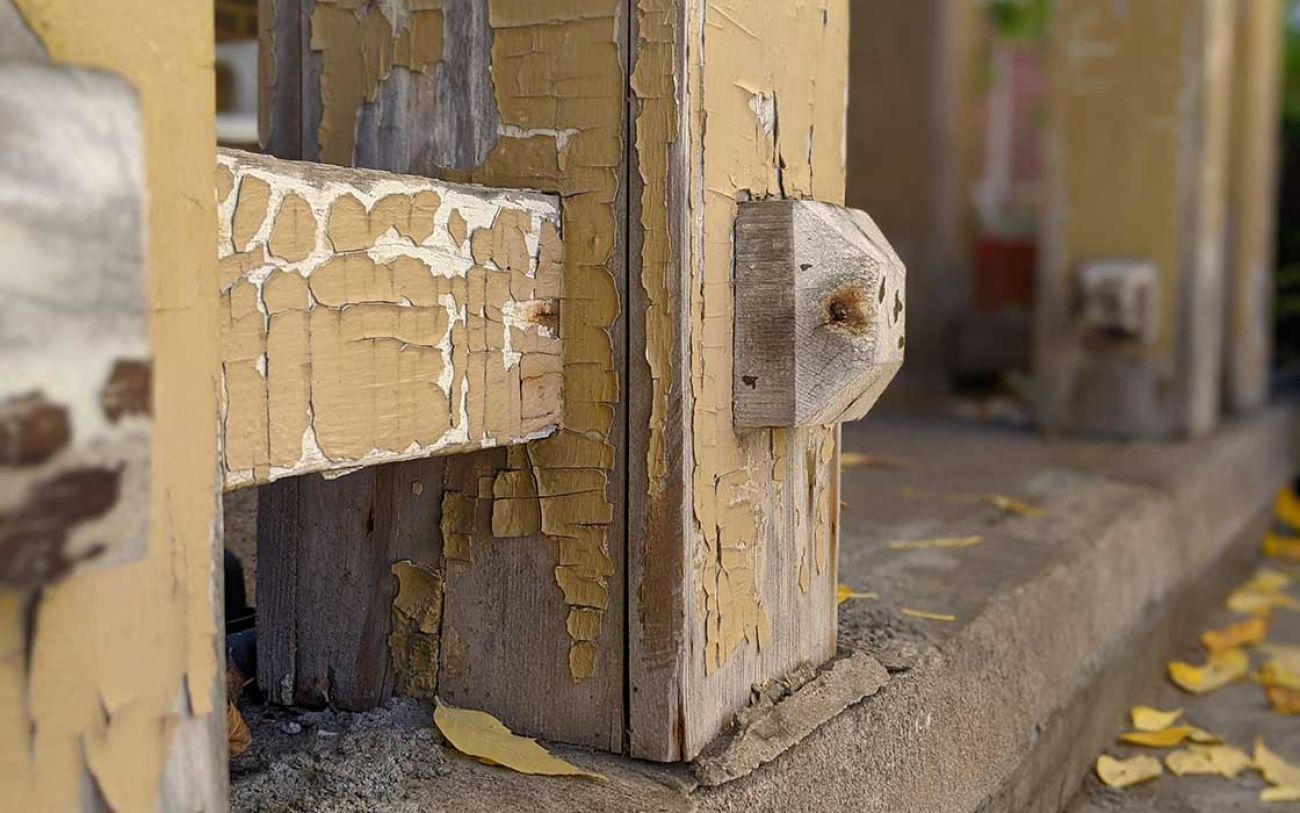 Even before COVID-19 slammed into Michigan in March, shuttering businesses, canceling appointments and sending students to learn online, blood lead testing in Michigan was far from adequate, said Teresa Holtrup, a longtime pediatrician in southeast Michigan and now executive director of the Kids Health Connection, which links children on Medicaid to services in Wayne, Oakland and Macomb counties.

Blood lead level tests often get lost on the long checklist to-do list during well-checks, especially if the child isn’t on Medicaid, which requires blood lead tests at 12 and 24 months old, she said.

Sometimes, too, a testing lab is closed or distant and busy or impoverished families can’t make it to get tested even with a doctor’s orders, Holtrop added.

Since 2008, about 1 in 5 Michigan children younger than 6 are tested each year. Even then, in 2018, more than 4,000 Michigan children of the 142,356 tested showed elevated blood lead levels, according to preliminary numbers by the Michigan Department of Health and Human Services.

This year, those surveillance numbers will fall further as many families skip routine check-ups for fears of coming in contact with the coronavirus at a medical appointment, Holtrop said.

“If they're not in here for WIC, we’re not able to take advantage of that opportunity to test for lead,” said Rebecca Burns, health officer for Branch Hillsdale counties, where 47 children tested positive for high blood-lead levels in 2018, according to state data. 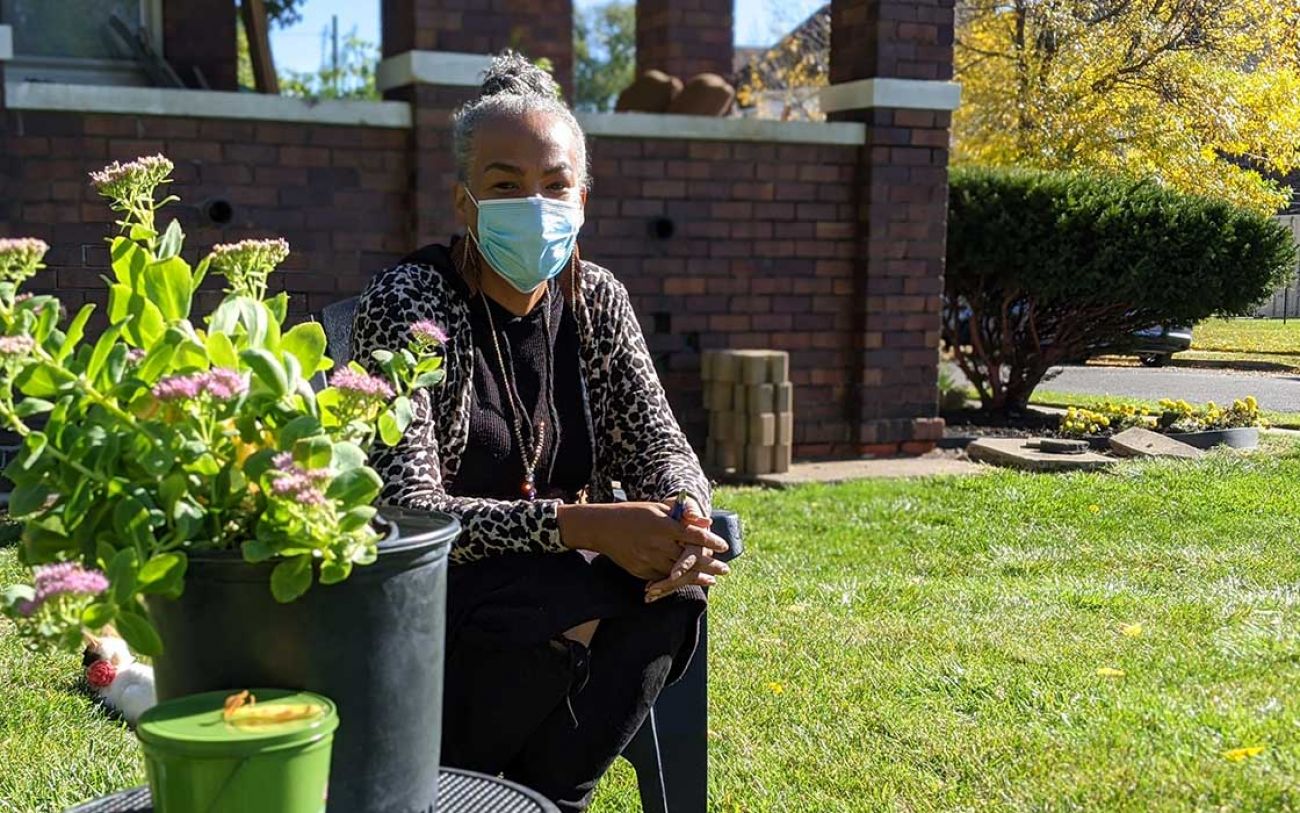 Alicia Jones, of Detroit, had been trained in February to help Detroit families understand the dangers of lead poisoning. COVID-19 put those plans on hold. (Bridge photo by Robin Erb)

That leaves people like Alicia Jones frustrated and worried.

Another Detroit grandmother, Jones was thrilled to move into her husband’s family home full of memories and wooden beams and its red brick fireplace.

But she stopped renovations just before the pandemic, after attending a community meeting next door, where she learned about the hazards of lead dust in the air. In February, she trained as a volunteer to go home to home with other volunteers to raise awareness about lead poisoning.

She was researching, too, lead-removal contractors and local classes that teach safe ways to renovate old homes.

But it all stopped during COVID, she said recently, relaxing on the grassy lawn outside her Detroit home.

She and other volunteers now want to get fliers to leave in laundromats and grocery stores, alerting families to the dangers of lead poisoning, letting them know about city programs that can help homeowners abate lead, and — most immediately — encouraging them to return to doctors’ offices so children can be tested before lead levels cause irreversible damage.

Like Henry, Jones said she spends much of her time wiping down surfaces in her home to make them as safe as possible for the grandchildren.

“You’d suffer so much guilt if it happened to your child or grandchild and you hadn’t done anything about it,” Jones said.

But fliers are only a start, and experts and advocates say catching up on delayed testing levels is going to be a heavy lift.

Holtrup, the pediatrician, suggests parents who take their children to the emergency room should be offered lead testing. There also has been talk of distributing home testing kits, she said.

And Tom Largo, manager of the Environmental Health Surveillance Section at the state’s health department, said the state may explore drive-thru blood testing, too.
Perhaps most effective, he and others suggested, would be simple phone calls from doctors to families that have missed routine annual visits in 2020.

“There has to be no-wrong-door to get these kids tested,” Holtrup said.