The bright and colorful lobby at Children’s Hospital of Michigan — usually packed with youngsters playing on a giant interactive video screen with virtual fireworks and popping balloons — remains quiet these days.

The hallways of the Detroit hospital are emptier too. Most of Dr. Kevin Dazy’s young patients now come to him by video screen, part of telemedicine efforts to keep non-COVID-19 patients out of hospitals and shift them onto telehealth instead.

“It’s this surreal sense of slowness here,” the pediatrician said.

As COVID-19 continues to churn through southeast Michigan and elsewhere, wary parents are avoiding health care settings. Nationwide, emergency room visits have dropped significantly amid the pandemic, while visits to pediatricians are down 70 percent to 80 percent, according to the American Academy of Pediatrics.

“Parents were scared, and they were told to stay home” by public health recommendations and shelter-in-place orders, said Dr. Sara Goza, a pediatrician in Fayetteville, Georgia, and president of the pediatrics group.

If you work in a Michigan hospital, we would love to hear from you. You can contact Robin Erb rerb@bridgemi.com at Bridge, Kristen Jordan Shamus kshamus@freepress.com at the Free Press and Kate Wells katwells@umich.edu at Michigan Radio.

In Michigan, vaccines have declined in the past two months, while kids are missing critical assessments by doctors who listen to hearts and lungs for wheezing and murmurs, peer into eyes for signs of anemia, palpate abdomens to check for masses, and order up blood and urine tests to check for signs of otherwise-hidden disease.

Children’s is staffed by pediatric specialists — the kinds who treat youngsters with cancers, lupus, kidney diseases, and other life-threatening conditions that often are flagged during well-child visits. But while chemotherapy and blood transfusions continue for youngsters that were diagnosed with life-threatening conditions before COVID-19 bore down in Michigan, there have been few new patients.

That worries Valentini and others that serious diseases are going undetected.

“Maybe you can go a month without being seen, but two months or three months is too long,” Valentini said. 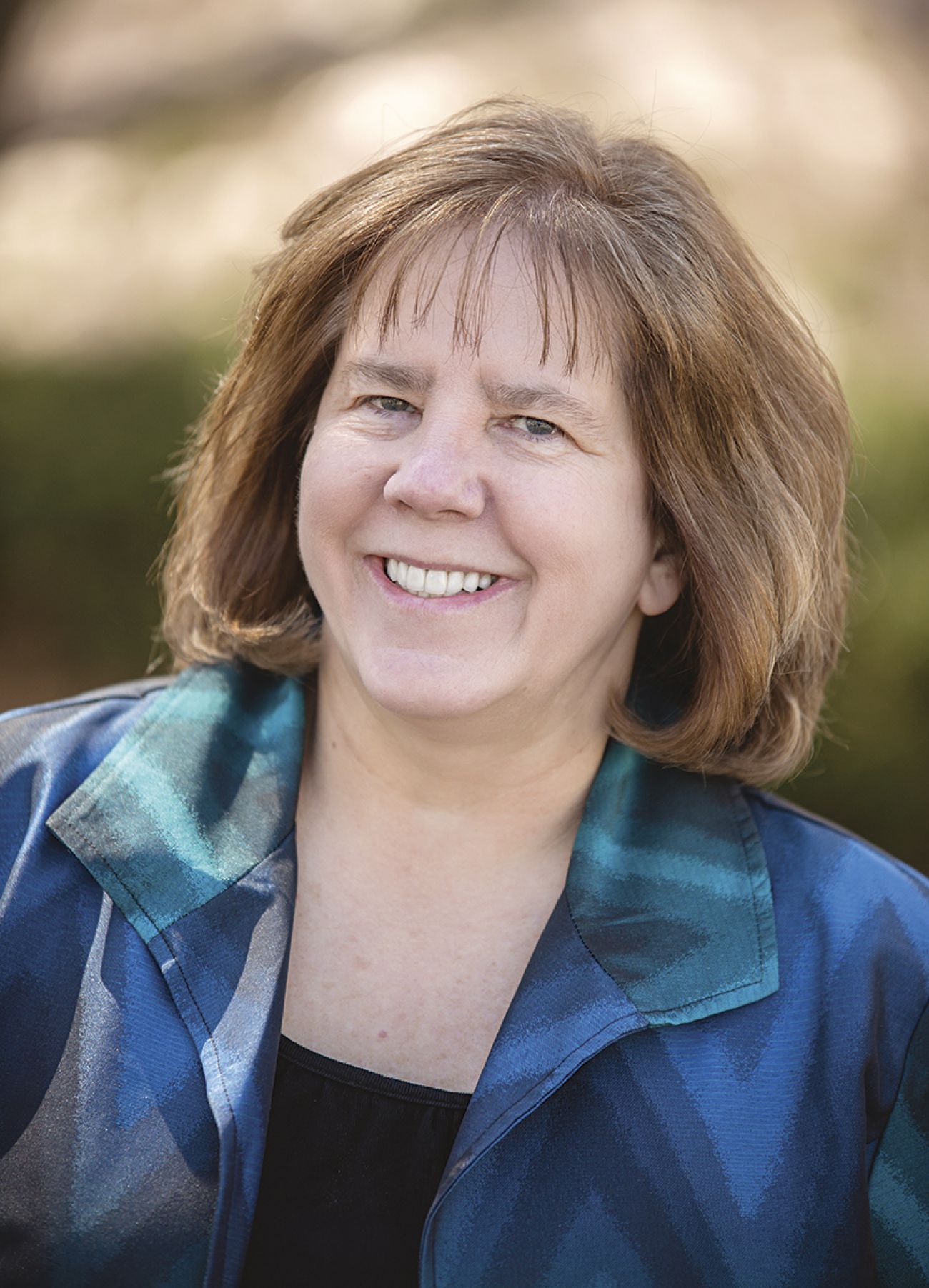 He and others worry about a slump in vaccinations, too, especially among infants and toddlers.

Immunizations (excluding flu vaccines) have dropped 15.3 percent among children 24 months and younger through April 18 this year compared to the same time last year, according to Lynn Sutfin, spokesperson for the Michigan Department of Health and Human Services.

Among those are vaccines for potentially deadly pertussis, or whooping cough, and particularly contagious measles, which broke out nationally last year and included 46 cases in Michigan.

Social distancing may curb some spread of infections now, but warmer weather and social reconnections may give vaccine-preventable diseases a new foothold, said Terri Adams, the manager of the MDHHS’s immunization division.

So Adams’ office has distributed new guidance from the U.S. Centers for Disease Control and Prevention for providers whose young patients fall behind on vaccines. But she’s also fighting economics: Some providers — faced with dried up patient loads and frightened staff — have closed up shop temporarily.

An initial outbreak of something like measles “spreads like wildfire,” she said. “These kids are vulnerable. They have no protection.”

Her 15-months-old son, Harken, was due for a wellness check in mid-March, just about the time coronavirus slammed into Michigan.

“I had called and told them I was nervous,” Renee Duffett, a dental assistant, said.

She was pleasantly surprised.

She was instructed to wait in the car in the parking lot that morning until she was called inside. She and Harken were escorted directly to a patient room. Everyone wore masks.

It was a “tough decision” to go to the office, she said, but Duffett noted that there are threats other than COVID-19, too.

“Eventually day care will reopen and you don’t want these kids to all be behind on their vaccinations,” she said.

Other providers, too, are finding ways to reassure patients of children with coming well-checks. Some have set aside special days for well visits only. Others do wellness checks first thing each day, followed by sick visits in the afternoon. Offices get an extra deep cleaning each night, Goza said at the AAP.

Children’s Hospital last  week converted extra office space near its emergency department to patient rooms, opening a separate entrance and putting an unused elevator back in use for children with immune systems that have been compromised by chemotherapy and other treatment, Valentini said.

Doctors will come to the patients. So will lab staff and others.

Everyone will be masked.

“There will be no mixing of air [with other patients at Children’s,] no waiting in the waiting area, no riding in the elevators with other people,” Valentini said. 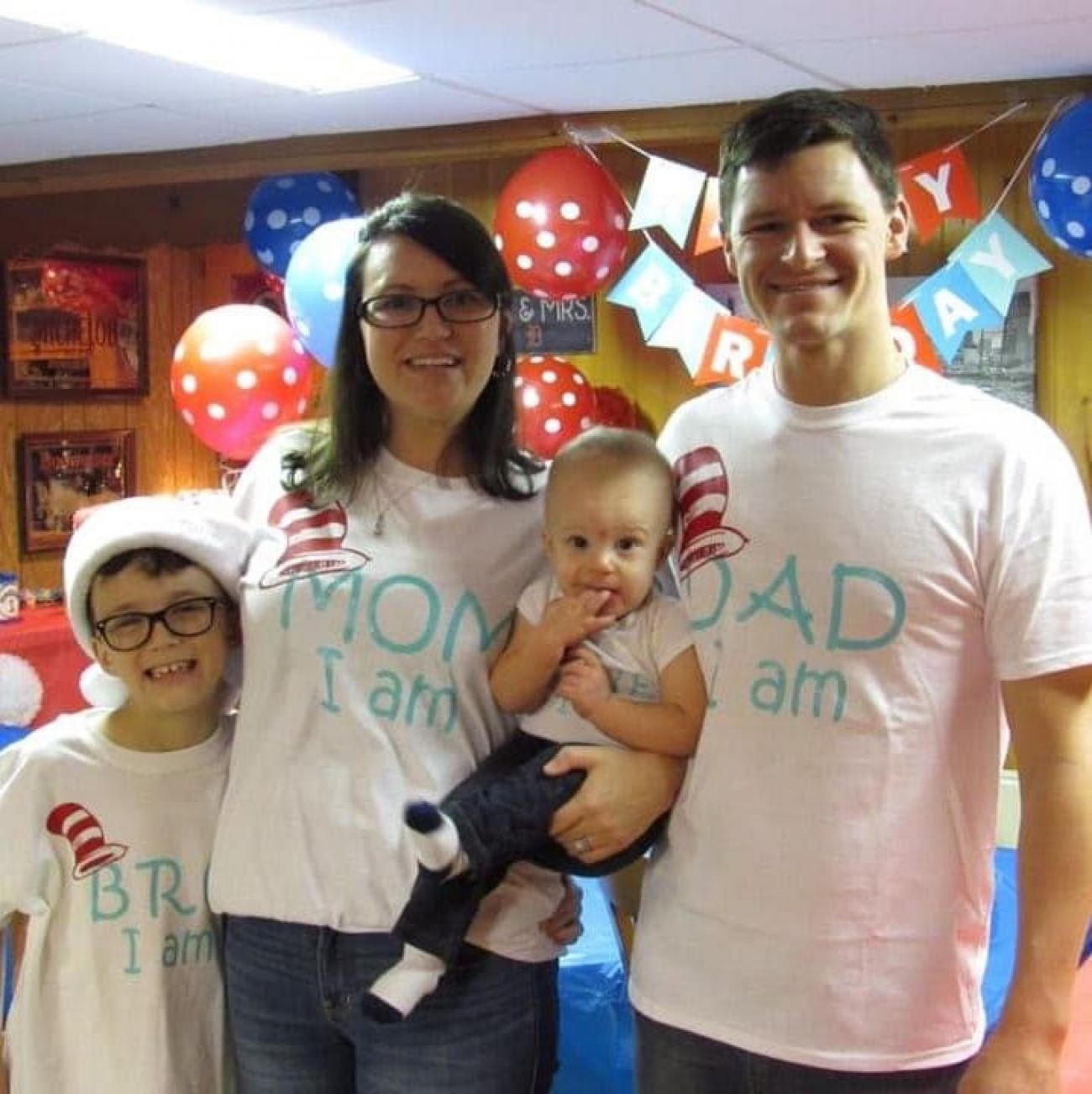 At Midland Family Physicians in mid-Michigan, staff nurses have gone to give vaccinations in vehicles to children of parents who refuse to come inside, said co-owner and family doctor  Dr. Jennifer Aloff.

‘We hear it: ‘We don’t want to risk exposure. We haven’t left home. We’re being safe.’ They’re all very appropriate responses for families,” Aloff said.

But some things can’t wait — the management of sickness as well as vaccinations, she said.

Ironically, it’s the deadly new coronavirus strain “that gives us a new perspective of what infectious disease looks like in a world without access to vaccines,” she said.

And there’s another reason that families need to maintain connections with their doctors: an uptick in sickness and poisonings from the now-ubiquitous hand sanitizer and the extra cleaning supplies now sitting on countertops.

Since Feb. 1, calls to the Michigan Poison Center of Wayne State University have jumped 58 percent — from 126 to 199 calls, driven in large part from the ingestion of or exposure to cleaning products, said Dr. Cynthia Aaron, the center’s medical director.

Desperate for protection, parents are wiping their children with disinfectant, which can cause skin irritation or even burning in infants. Worse, children are ingesting hand sanitizers and cleaning chemicals, especially those within easy reach as they are now.

“You turn your back, and kids are fast,” Aaron said.

There is a silver lining in pediatrics now. Children didn’t get as sick this spring.

“They’re not going to school. They’re not congregating in playgrounds or going to birthday parties. They’re not getting out to play and socialize like they normally would,” said Children’s Dazy.

That’s good news and Dazy is generally upbeat. He’s also a Michigan dad and doctor — raised in Trenton and schooled at Wayne State University and Michigan State universities and trained in residency at the University of Michigan.

He’s also a father of 4-year-old Ella, and he and his wife, Courtney Franklin, connect Ella to her friends from preschool and to her grandparents by Zoom. An aunt and Ella make Play-Doh molds as they chatter with each other by screens, and she recently began virtual Friday night ballet classes dressed in her leotard and tutu. 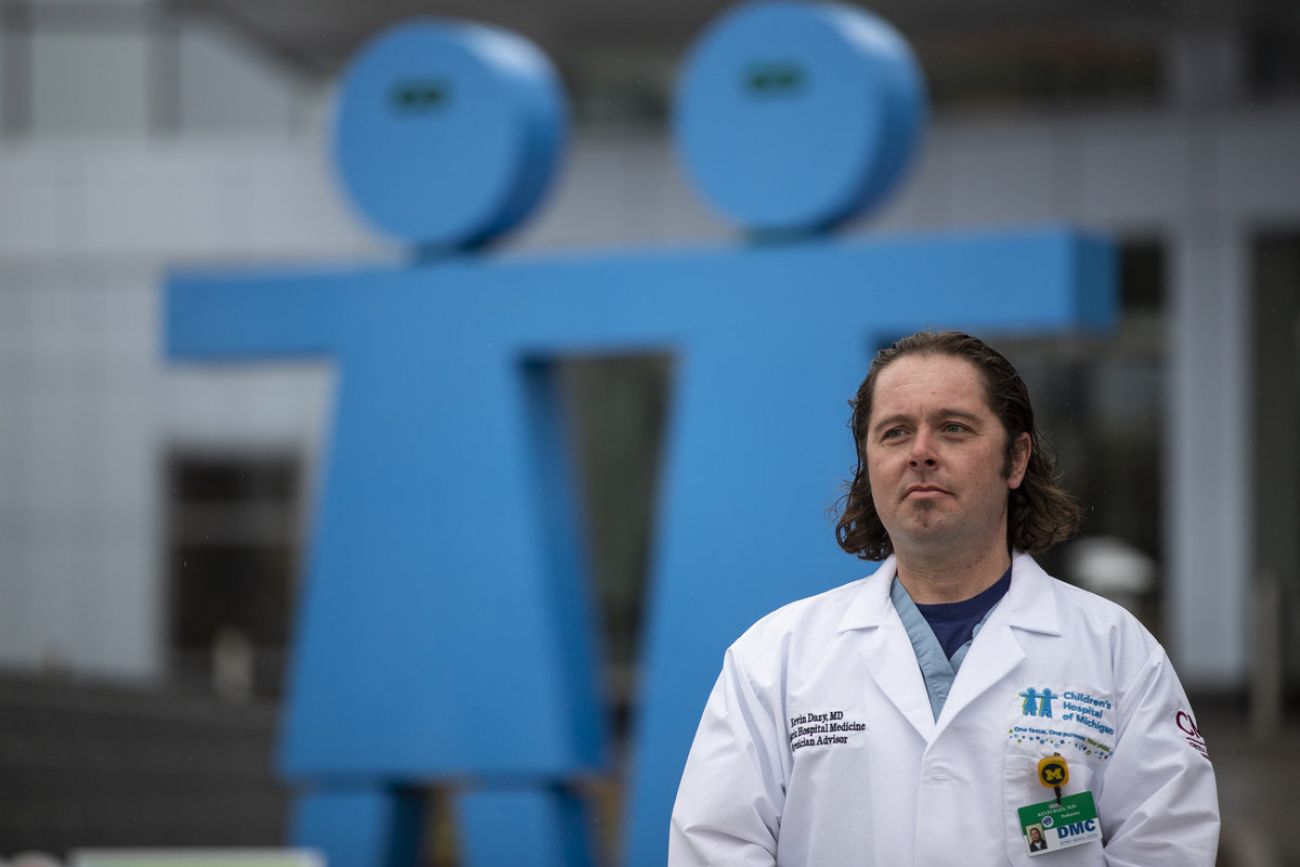 But life isn’t meant to be lived on laptops, Dazy said.

“From one perspective, [some] kids are maybe healthier right now, but that doesn’t mean they're wellbeing is better. Kids aren’t meant to stay inside and socialize and meet on Zoom with their classmates. They’re meant to play,” he said.

Goza of the American Academy of Pediatrics agreed.

Social distancing may have tamped down the spread of things like strep throat and respiratory illnesses, but “you can see the anxiety in these kids eyes as young as 2 or 3 [years old.] Their worlds have been turned upside-down,” she said. “We need to have our eyes on these children right now.”