Michigan children have been spared for the most part from the very worst of COVID. But another kind of respiratory illness, which usually doesn’t peak until the winter, is now sending young children to doctor’s offices and hospital intensive care units.

Respiratory syncytial virus, or RSV, made an early comeback this summer. It usually arrives after students return to school, where they can bring home the virus to little brothers and sisters.

What makes this virus potentially more perilous this year is that younger children are at their most vulnerable, having spent the past 18 months in a world of masking, social distancing and isolation. That helped reduce the spread of COVID — and even more so, the flu. But it also shielded communities from low-level virus circulation, which can help children develop a more robust immune response to a virus.

“We certainly are seeing some very sick kids,” Dr. Scott Grant, a pediatrician at Children’s Hospital of Michigan in Detroit, told Bridge Michigan. The health system would not provide specific numbers.

“It feels like winter in the hospital,” he said.

At Grand Rapids-based Helen DeVos Children’s Hospital, doctors usually admit one or two children during July and August for RSV. In some summer months, there are times when no children have serious cases, said Dr. Daliya Khuon, a pediatric infectious disease physician. 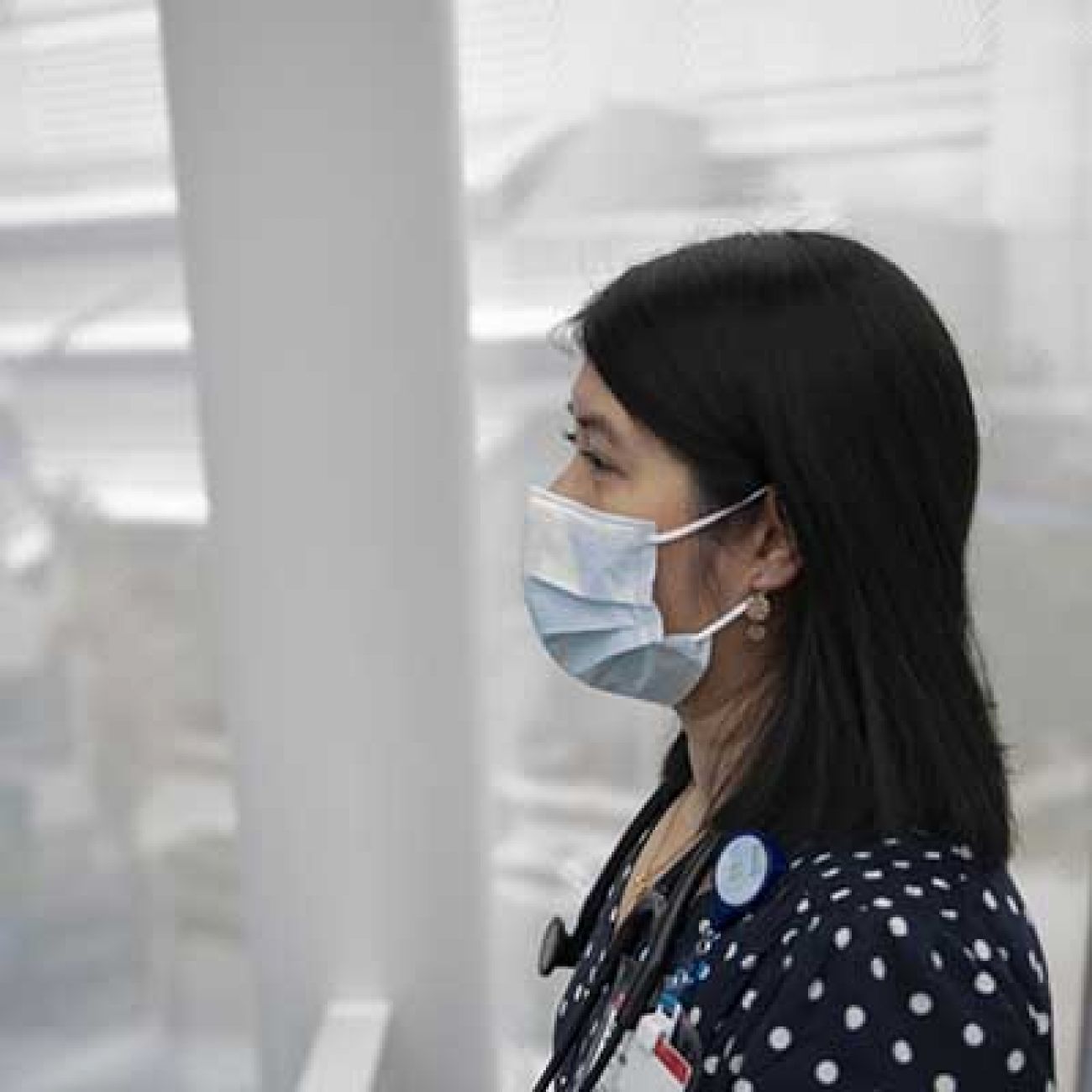 This year, the hospital admitted 60 children in July and August.

On Monday morning, there were 14 children hospitalized with RSV, including 8 in the pediatric intensive care unit, Khuon said.

While symptoms generally mimic a mild cold, they can lead to more serious illnesses for very young children including trouble breathing, infection, including pneumonia, and bronchiolitis.

Each year, RSV leads to about 58,000 hospitalizations nationally among children, and hundreds of deaths of children 5 and younger. Seniors are also more vulnerable, with about 177,000 hospitalizations and 14,000 deaths, according to the Centers for Disease Control and Prevention.

Unlike some other diseases, RSV isn’t a condition that is required to be reported to the state health department, so statewide totals are not immediately available for Michigan.

In June, the CDC alerted providers to an uptick in cases and suggested they begin testing for it. Khuon said DeVos has alerted the state’s Medicaid program and other insurers that it will begin prescribing Synagis, a drug that’s not usually needed to protect children from RSV until late in the year. Synagis is a monthly injection given to young children who may be especially vulnerable to RSV, including those born prematurely, or who have certain lung or heart conditions. 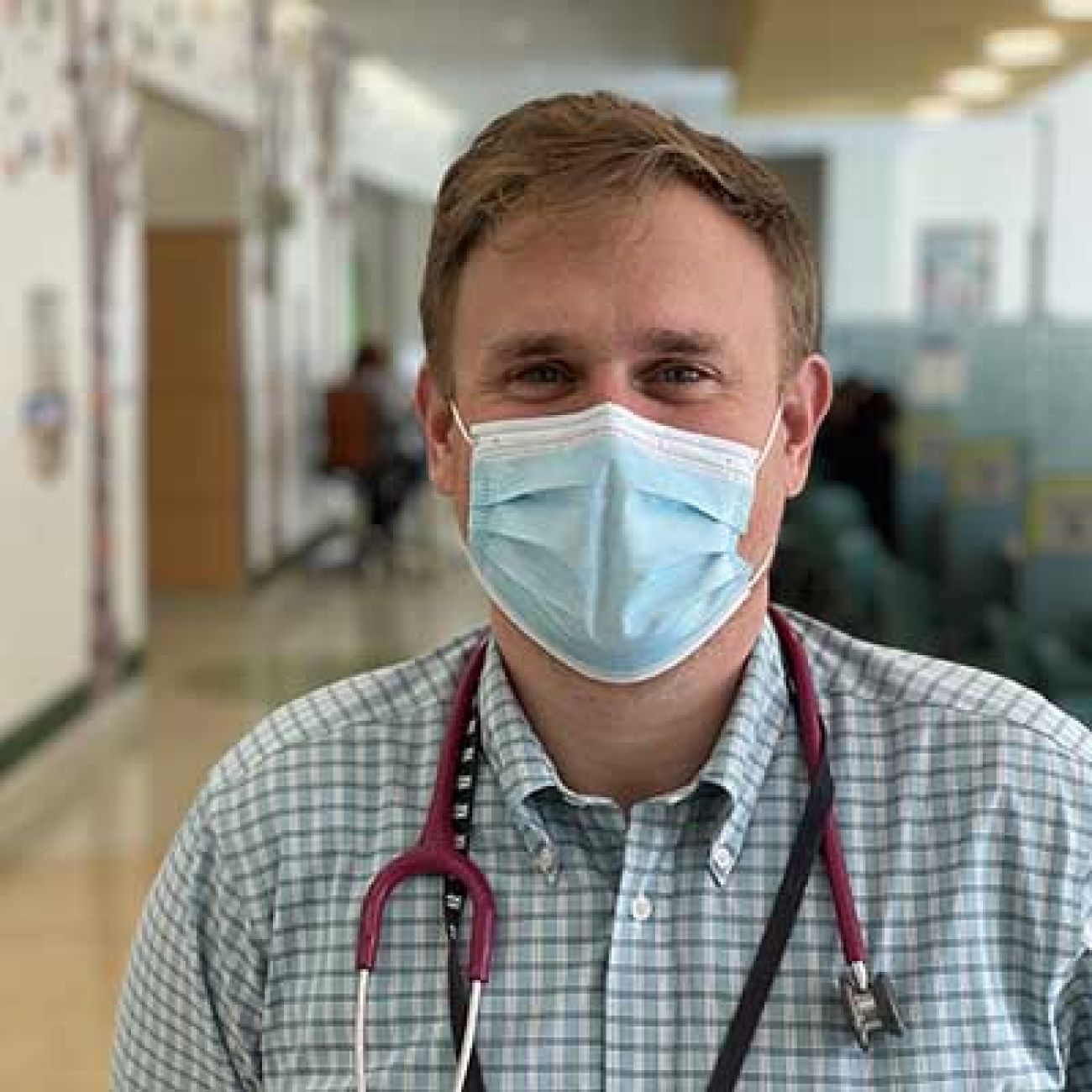 With so many respiratory diseases circulating among his youngest patients, “it feels like winter,” said Dr. Scott Grant, pediatrician at Children’s Hospital of Michigan in Detroit. (Courtesy photo)

The virus behind RSV is common, and for older children and adults it usually causes only mild, cold-like symptoms. But it can be lethal for young children, especially infants, because their bronchioles, or small airways, are tiny and plug easily with congestion and can become infected.

Doctors say they are also seeing more cases of rhinovirus, parainfluenza, and other respiratory illnesses among their youngest patients.

The reasons behind the early arrival of RSV are still unclear, Grant, Khuon and others said.

One theory is rooted in the COVID health protocols that last year tamped down the typical flu season and all but zeroed-out RSV. While remote learning, social distancing and mask wearing likely saved lives, it also meant communities weren’t exposed to low-level virus circulation and didn’t develop the same “antigenic exposure that primes our bodies to respond” to them, Kat Miller, an epidemiology doctoral student studying RSV at the Michigan Influenza Center at the University of Michigan, told Bridge.

Pregnant moms, for example, pass along maternal antibodies to newborns. Those antibodies fade over time, but they protect babies for up to six months of life, DeVos’s Khuon said.

“This is all a little bit of speculation here, but if mom wasn’t exposed (to respiratory viruses, she doesn’t) have that carryover protection when the baby is still very young,” Khuon said.

It’s possible the cases are simply delayed from last year, and portend “the beginning of a very long and difficult season” ahead, said Dr. Christine Mikesell, a University of Michigan pediatrician. (There are similar concerns that there will be high flu levels this winter.)

At the university’s C.S. Mott Children’s Hospital, Mikesell said, “we have been at or over capacity for a while” with some children being “boarded” for a day or two in the ER while a bed opens up for them.

Lab staff at Memorial Healthcare hospital in Owosso northeast of Lansing were surprised when they first detected RSV in July — a sick adolescent who was likely a Michigan visitor — judging by his out-of-state insurance, said Nick Decker, director of laboratory services at Memorial. 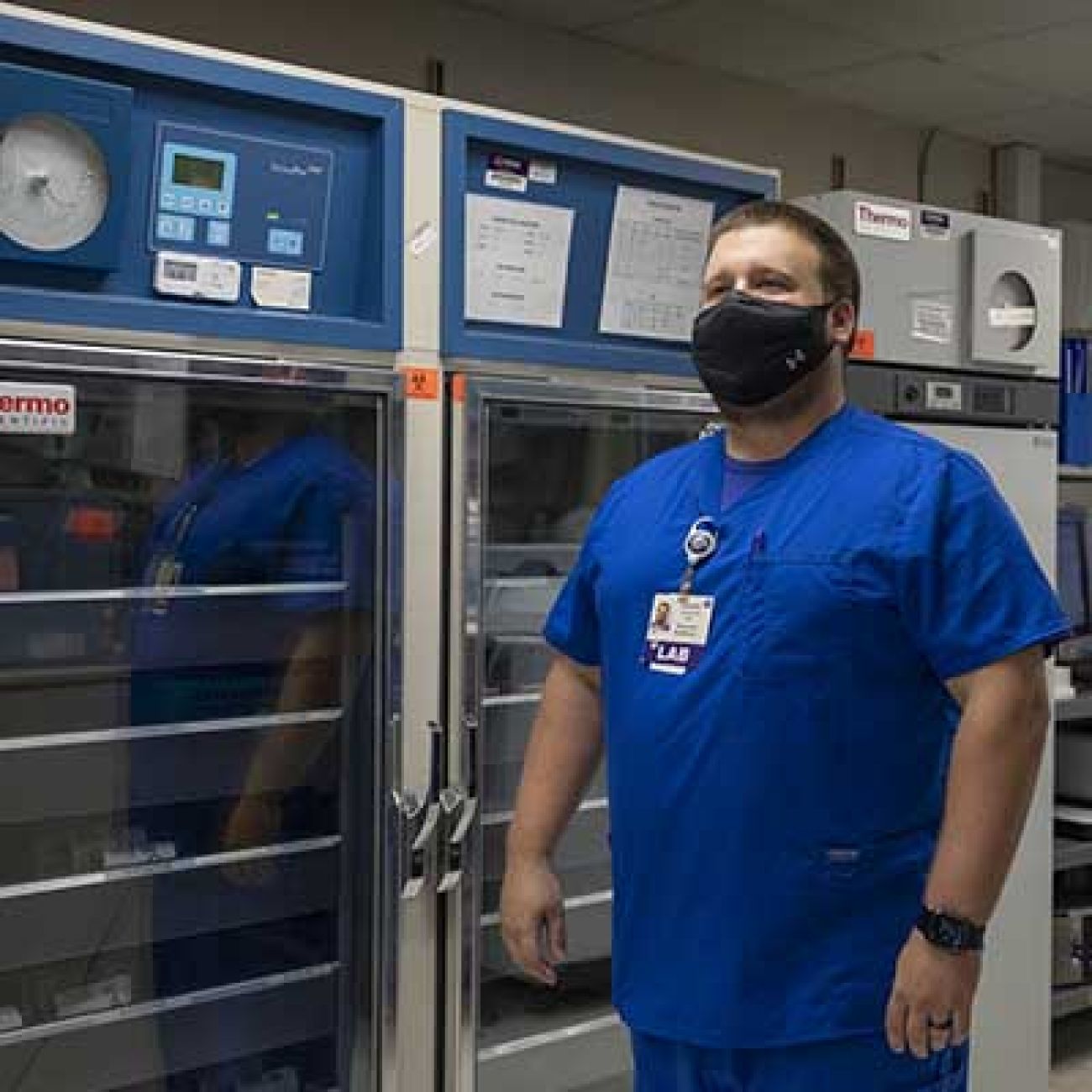 The child also tested positive for parainfluenza, he said.

Since then, positive tests have routinely returned RSV and other respiratory illnesses among children, often with co-infections, meaning children may have a tougher time fighting off illness, he said.

“Maybe they were sick for two days, now they’re sick for four days,” he said.

Though Synagis can help protect young children from getting RSV, there is no vaccine against the virus, which is highly contagious and spread through droplets from coughing or sneezing, on surfaces — counters or door knobs, for example — that has the virus on it, or through direct contact with the virus.

Pediatricians say parents can help protect their children and others with routine precautions.

It was likely RSV that ran through Megan Sheldon’s family this month, with 2 ½-year-old daughter, Eleanor, spending more than a week coughing and fighting congestion. (Doctors often don’t test for it unless the infection is severe.)

“It has been an ungodly amount of time,” said Sheldon, a nanny, who lives in Rockford.

So it wasn’t a surprise when two of Eleanor’s playmates — Teagan Finnigan, 2 ½ years old, and Teagan’s sister Sophie, 5 months old — got sick, too.

Their mother, Andrea Finnigan, who works in Spectrum Health’s communications department, took them to the hospital’s emergency department in Grand Rapids in the late evening Sept. 7. 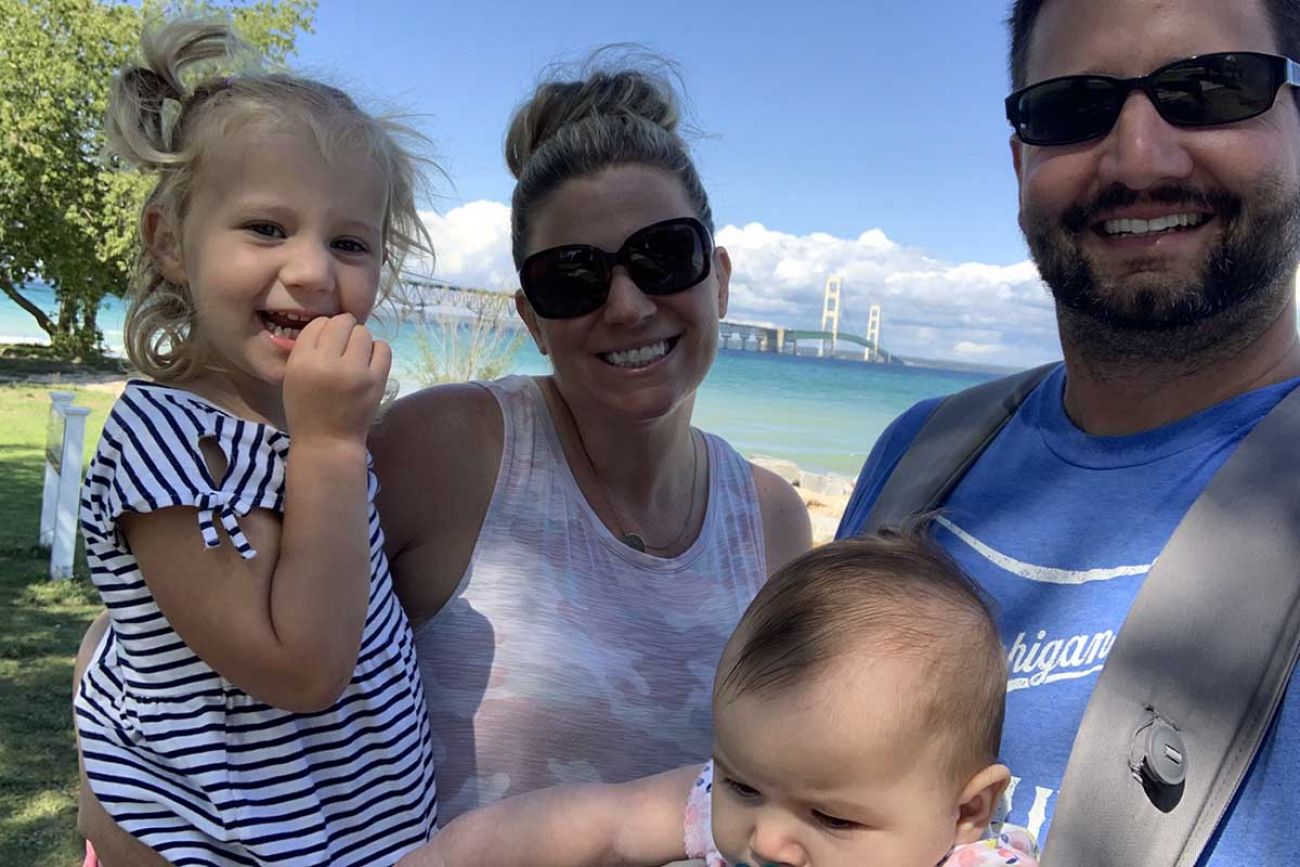 More than a week after the entire family was first sick with a respiratory illness to varying degrees, parents Andrea and Eric Finnigan and 2 ½-year-old Teagan feel fine. But by Monday, infant Sophie continued to cough, her mother said. (Courtesy photo)

“The ED was insane, even at 10 o’clock at night, and I swear every kid was coughing,” she said.

More than a week later, “you can’t even tell Teagan was sick,” Andrea Finnigan said Friday. But her infant “still has a residual cough. It’s terrifying to see your little one struggling. You feel so helpless.”

All this spells trouble for the coming months, even as hospitals continue to battle COVID and adult flu likely will make a comeback, too, said Decker at the Owosso lab.

“I have a feeling our flu season will be horrendous,” he said.