Michigan residents may soon face hundreds, even thousands of dollars in copays and deductibles if they are sick with COVID — costs that had been suspended since the early days of the pandemic.

For more than a year, Michigan’s largest insurers have waived cost-sharing for doctor’s office visits and trips to the emergency room for COVID-related illnesses, essentially ensuring low-cost or cost-free care for about 9-in-10 Michigan residents covered by the state’s commercial insurers.

It was “an important protection so people could concentrate on their health and not on their hospital bills” during an unprecedented crisis, said Anita Fox, director of the Michigan Department of Insurance and Financial Services. Now, she said, “there shouldn't be a lot of costs for people because they can get vaccinated.”

It’s what public health expert Melissa Riba calls “the leading edge of the stick” in the carrot-and-stick approach to incentivizing more Michigan residents to get vaccinated.

“We’ve tried to incentivize people, to appeal to their better angels (to) ‘Please go get vaccinated,’” said Riba, director of research and evaluation at the Ann Arbor-based Center for Health and Research Transformation.

Despite offers ranging from donuts to cash, lotteries and scholarships, the state’s vaccination rate has stalled at 61.5 percent of Michigan residents 16 and older as of Thursday.

Reinstating patient costs associated with COVID care is just another step in “moving away from the incentives to more of the penalties associated with making a choice to be non-vaccinated,” said Riba, who also teaches about insurance issues at the University of Michigan’s Ford School of Public Policy.

That theme was echoed by a major health insurer.

“There’s been a lot of effort for people to take personal responsibility for prevention of COVID that we didn’t have before,” said Dr. Michael Genord, CEO of Health Alliance Plan, which insures 400,000 people.

“We have increasing knowledge about how social distancing is effective… about masking and probably the most important thing is we know that we have very effective vaccines that are available on the market,” he said.

It’s not immediately clear how much the waivers saved families. Copays and deductibles can vary wildly, up to thousands of dollars for some plans, especially for emergency care.

Even with waivers, some consumers still faced COVID-care medical bills. According to one early study by researchers at University of Michigan and Boston University, some consumers faced hundreds of dollars in costs for outside or ancillary services related to care.

For its part, the Blues paid out nearly $750 million for “COVID treatment alone,” for some 250,000 Michigan members last year — care that ranged from hundreds of thousands of dollars for lengthy hospital stays that involved ventilators, to quick trips to doctors who advised patients to return home and quarantine for two weeks, said Dr. James Grant, chief medical officer for Blue Cross Blue Shield of Michigan.

“There comes a point (where) you can't do it forever,” Grant told Bridge Michigan Thursday.

The policy shift was not unexpected, and reflects a larger trend nationally.
Nearly three-quarters of the nation’s largest plans have ended their policies of waiving out-of-pocket costs for COVID-19 treatment, according to an analysis this month by KFF, a San Francisco-based health care research nonprofit.

KFF surveyed 102 plans, the two largest plans in each state and D.C. It found that 73 of the 102 plans were no longer waiving fees, including 50 that had ended those policies by April this year. Of the 29 plans that remained, 10 expected to end cost-sharing by Oct. 31, with a dozen more set to end cost-sharing waivers by the end of the year.

Just seven plans in that national survey were not ending waivers until 2022 or had not yet announced an end date.

Like the pandemic, the suspension of cost-sharing was unprecedented and was expected to be temporary, BCBSM’s Grant said.

It was meant as a “bridge” to a point where people had more control over the pandemic with vaccines, said Fox at the state insurance department. 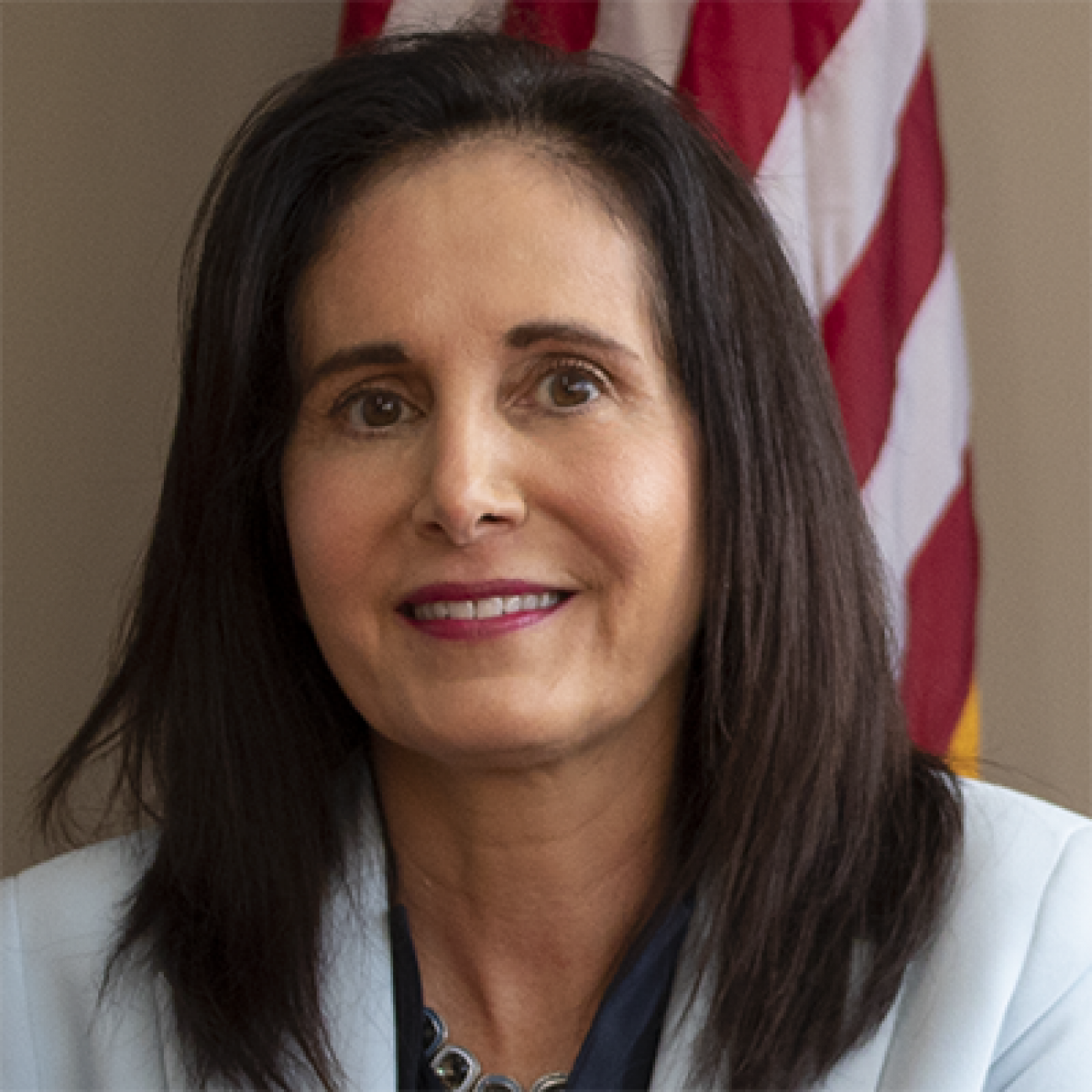 Waiving costs for consumers during the pandemic was meant to be a bridge to vaccines and an end to the pandemic, said Anita Fox, director of the Michigan Department of Insurance and Financial Services. (Courtesy photo)

The bulk of care will continue to be covered, but the end of waivers could still amount to thousands of dollars for individuals who are hospitalized.

But as the waiver period nears its end, Michigan appears headed into another wave of cases. Unvaccinated patients make up the vast majority of hospitalizations, but so-called breakthrough cases involving people who are already vaccinated have been growing, too.

Doctors note, however, that because these people are vaccinated, they are far less likely than the unvaccinated to be hospitalized or suffer COVID’s worst symptoms.

As Bridge has reported, nearly 2,500 breakthrough cases of fully vaccinated people were reported in Michigan for the week ending Aug. 17, up from 1,900 the week before, according to the state’s latest data report.

Genord, at HAP, said the insurer has spent over $90 million in COVID related expenses. He expects COVID will produce a surge in hospitalizations in the future, just as flu does each season. But he noted that “personal responsibility” plays a role in blunting the peaks.

Genord and Grant said insurers will waive cost-sharing for hospitalizations for those admitted prior to Oct. 1, even if that stay extends past that date.

Once those individuals are discharged, any treatment, such as follow-up appointments, will experience normal cost share charges, a HAP spokesperson said.

Insurers were well-positioned in 2020 to waive deductibles and copays. Their costs dropped and profits rose, as elective procedures such as hip or knee replacement surgeries, which can be costly to insurers, were canceled, and Americans avoided health care settings for fear of being infected with the coronavirus.

As those procedures pick up again, insurers said they must return to pre-pandemic business — “part of making sure the health care market is working the way that it should,” said Dominick Pallone, executive director of Lansing-based Michigan Association of Health Plans, which represents 10 health insurers providing coverage to more than 3 million Michiganders.

Editor's note: This chart has been updated to reflect a change in the national public health emergency, which was extended to Oct. 18.

Sick with COVID? Open your wallet

Michigan’s insurers are ending waivers that allowed hundreds of thousands of Michiganders to avoid copays, deductibles or coinsurance if they were sick with COVID-19. Under federal law, insurers must waive cost-sharing for medically necessary testing throughout the public health emergency, but not testing for general surveillance or work requirements. The federal emergency has been extended until Oct. 18. Here’s a round-up of health insurer policies in Michigan.