From couch potato to bike trails: a coronavirus silver lining in Michigan

Out on the Dequindre Cut on a nice day in Detroit, anyone on two wheels these days finds lots of company.

On a given afternoon over an hour or two, it’s common to see hundreds of people cycling the two-mile paved greenway on the city’s east side. More than a few are newbies.

Detroit resident Timothy Battle was on the trail Friday with a bike he bought a few weeks ago at a chain sporting goods store. For Battle, 56, it’s his first bike since he was a teen.

Battle is a maintenance worker at the John D. Dingell VA Medical Center in Midtown Detroit, where he wears a mask and gloves to guard against COVID-19. He relishes the freedom of riding safely outdoors without a mask.

He also considers himself lucky to have found a cycle. “It was the last bike in the store,” he said.

That’s an issue at bike shops across Michigan, as they have all but sold out of bikes during the COVID-19 outbreak. The most popular models: lower-end, comfort bikes perfect for cruising-speed rides on a trail or around the neighborhood. 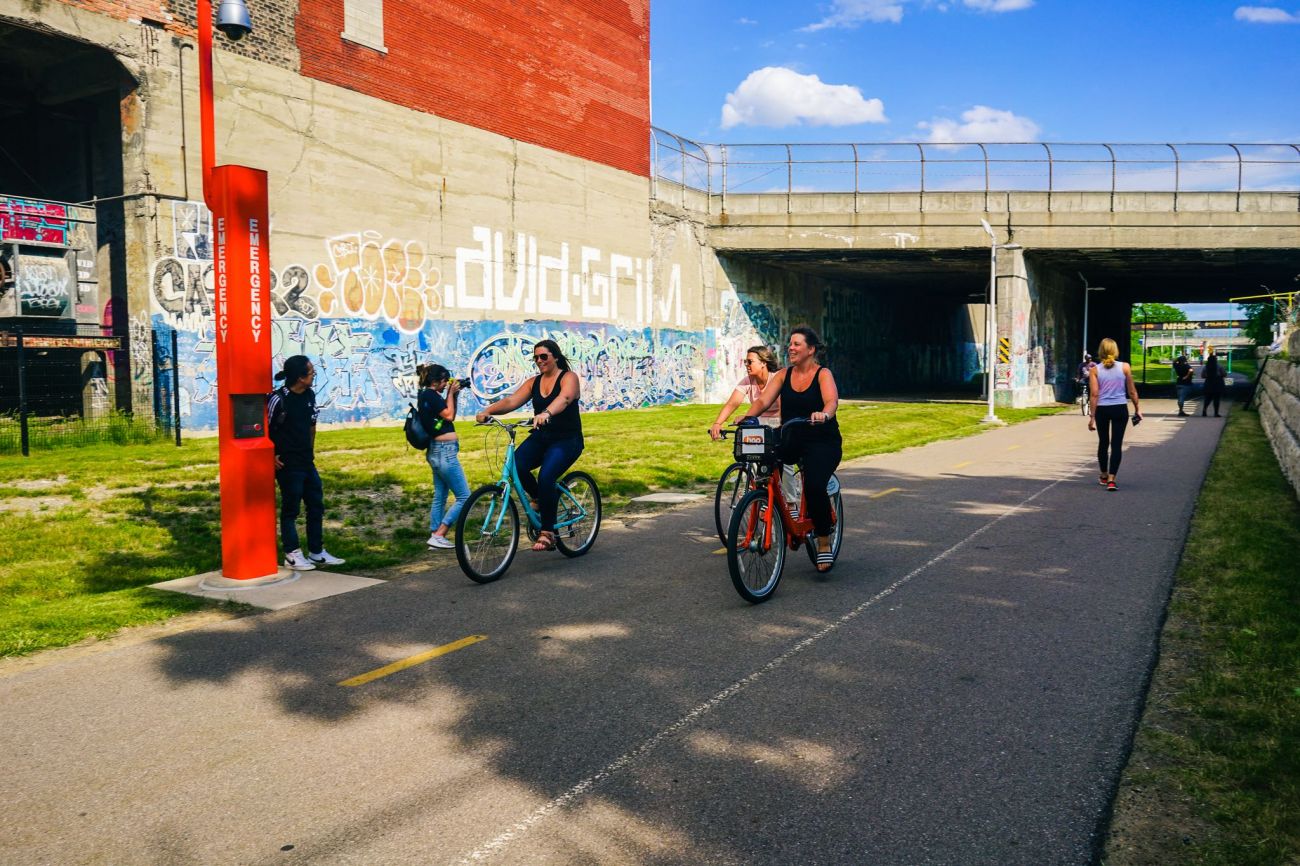 For the most part, these bikes, in the $500 to $700 range, are nowhere to be found on bike shop display floors.

“We went from zero to 60; it just went crazy right off the bat,” Jon Hughes, owner of Downtown Ferndale Bike Shop just north of Detroit, told Bridge. He reopened in May, after shutting down for weeks under the executive order by Gov. Gretchen Whitmer that closed “non-essential” businesses.

“We sold every single bike we had, other than maybe the expensive road bikes and mountain bikes. We did a summer’s worth of business in a month.”

The store is seeing customers who had not been on a bike in decades.

Hughes speculated that Detroiters, especially, are inclined toward bikes as an outdoor option, as they endured the state’s worst COVID-19 community outbreak.

“For people in Detroit, the virus was pretty scary. The only thing they were saying that’s safe is you can go outside. You can only walk around the neighborhood so many times.”

It’s been much the same at SPIN Bicycle Shop in Lansing.

It’s hard to say how to say many of these cyclists will still be pedaling in five years. But the pandemic bike surge is one state recreation officials are happy to encourage.

Brad Garmon, director of the state’s Office of Outdoor Recreation Industry, said an outdoors consultant quipped, in the jargon of marketing, that COVID-19 “may be the greatest onboarding opportunity we’ve ever seen” for outdoor recreation in Michigan.

“I’m thinking of this as a silver lining, for what has been a trying time of crisis,” Garmon said. 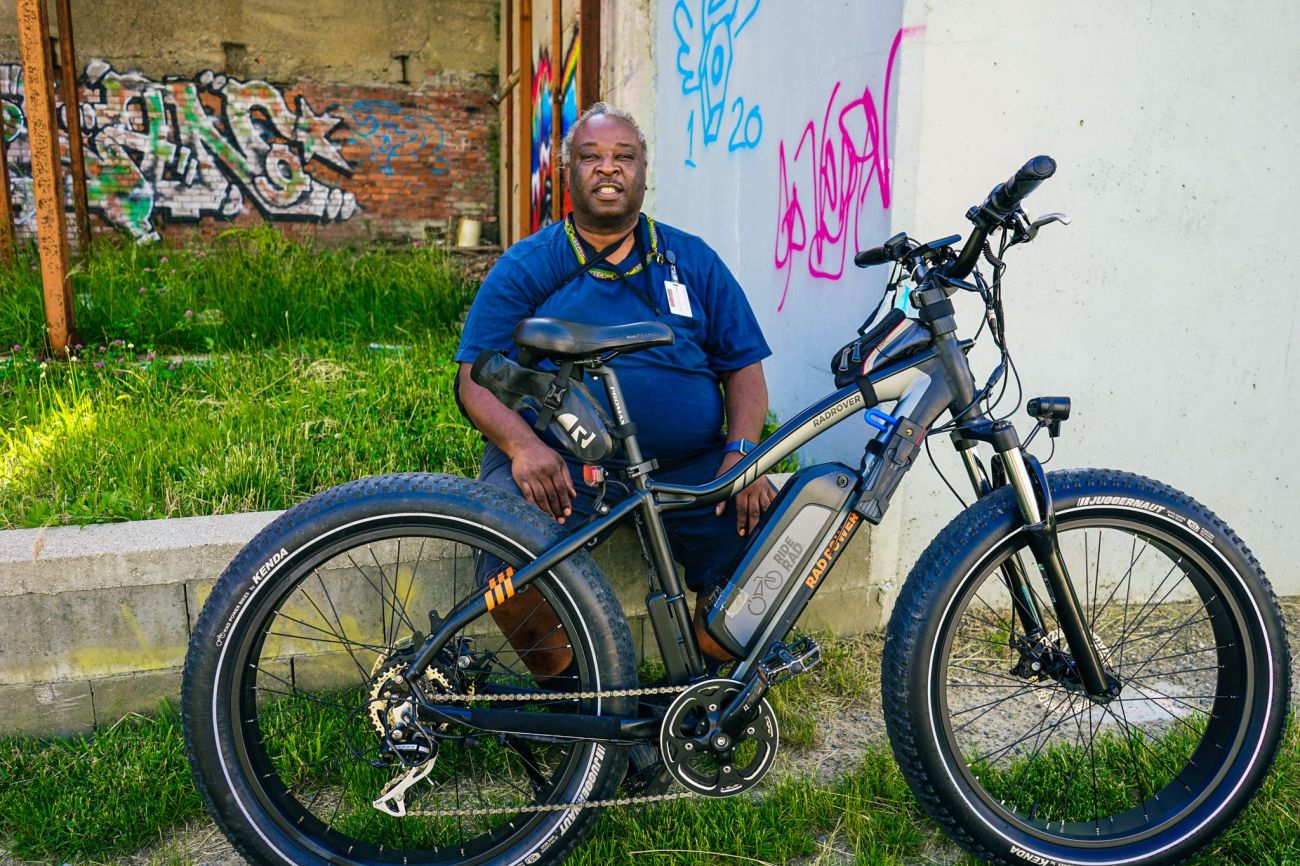 “There has been this idea that if you are in Grand Rapids or Detroit and you want recreation, you head north. There is an opportunity here to tap into what people have discovered in this time: what they can do that is closer to home.”

That includes more than 2,500 miles of railroad beds converted into bike trails, more than any other state, according  to the Michigan Trails and Greenways Alliance, a Lansing nonprofit advocacy organization. Riders in Grand Rapids, for instance, can embark on a former railroad bed trail that runs north about 10 miles to a craft brewery in Rockford, or as far as 92 miles to downtown Cadillac.

“We are always looking for ways to introduce people to new activities,” said Kristin Phillips, marketing chief for the Michigan Department of Natural Resources.

There are parallel trends in other outdoor outlets as well.

At Bill & Paul's Sporthaus in suburban Grand Rapids, kayak sales are surging, too.

“I would say it’s double what we’ve done in this period over the last couple years,” said Jon Holmes, the shop’s paddle sports buyer.

He estimated that half of those buying kayaks in the past two weeks are first-time paddlers, with COVID-19 weighing on their mind.

“I believe these are people that had this on their list, people who were saying, ‘I always wanted to be a paddler. Now I have a reason to become one. I’ve got an activity that’s going to keep me away from other people,’” he said.

In the bike trade, Michigan cycling shops had to play catch-up with states like Minnesota and New York, where bike stores were deemed essential businesses and allowed to remain open. According to a March 26 analysis by a bicycle trade publication, New Mexico and Michigan were the only states at that time with shelter-in-place orders that did not provide an exception for bike shops. 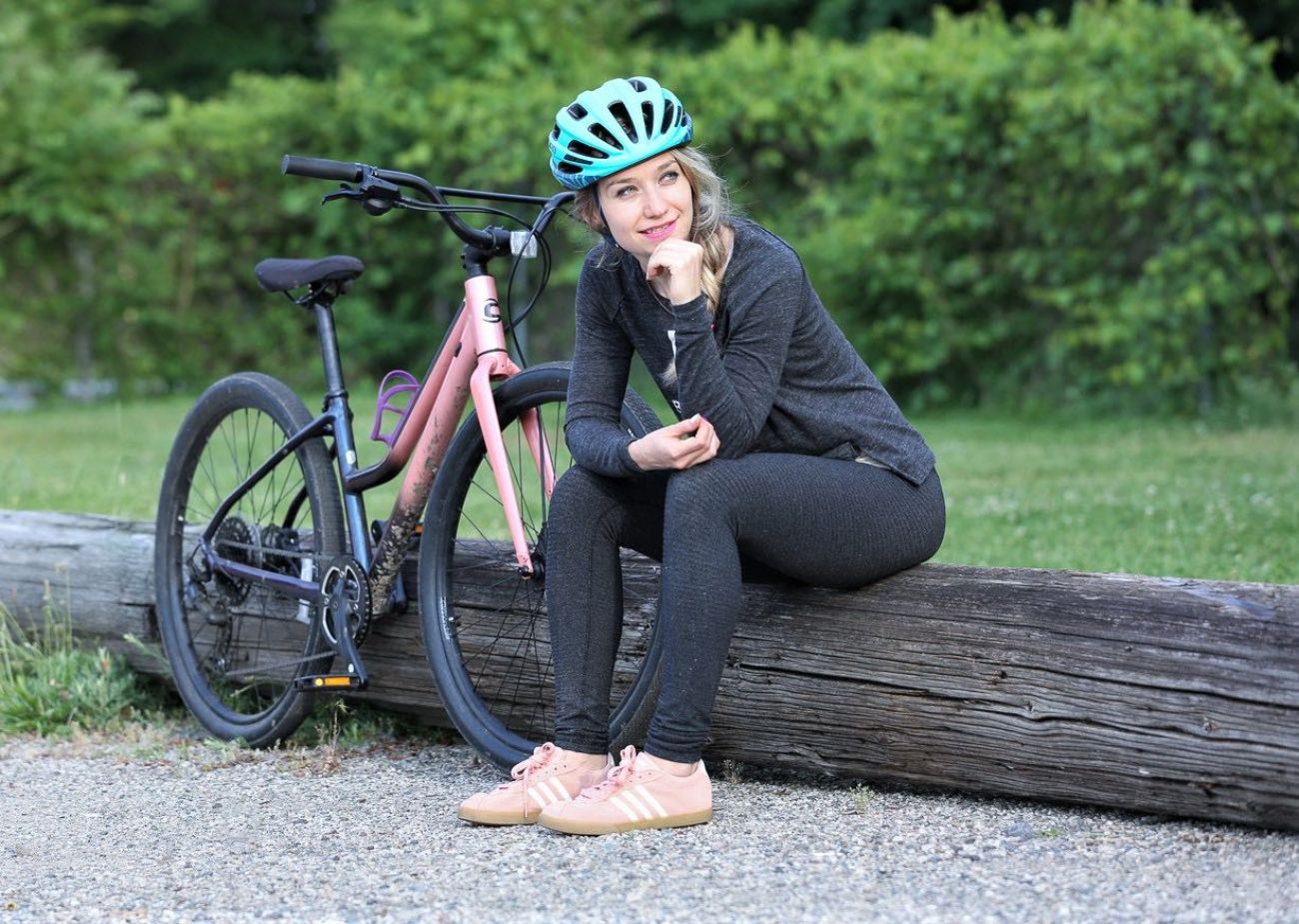 After persistent lobbying from the League of Michigan Bicyclists, a Lansing nonprofit advocacy organization, Whitmer allowed bike shops to reopen after April 24 with an executive order broadening the types of businesses that could restart.

Meanwhile, nationwide sales of bikes, equipment and repair services nearly doubled in March compared to the same period last year, according to the N.P.D. Group, a market research company. Sales of leisure bikes more than doubled and children’s bikes went up by 59 percent.

Unfortunately for Michigan bike stores, while their shops were shuttered those in other states scooped up a big chunk of the available manufacturer stock of bikes ─ a supply chain that was already squeezed because of the U.S. trade war with China.

Kirbay Preuss of Lansing ordered an entry-level urban cruiser that goes for about $700 in March from SPIN Bicycle. She had to wait until May for the bike to arrive.

Preuss, a jogger, was looking for another form of exercise that would be less jarring on her body. Because she has a rare connective-tissue syndrome that could put her at greater risk for COVID-19, she also wanted something that would keep her at a safe distance from others.

Since she got her bike, Preuss figures she’s been out at least three or four days a week, often to the nearby Lansing River Trail along the Grand River and Red Cedar River. She has also biked 20 miles to see her parents in Williamston.

“I’ve been wanting my parents to get out and get active. That’s inspired them to get out on their bikes, which they haven’t done in years,” she said.

Her father, Rick Preuss, recalled that he and his wife, Debbie, dusted off their bikes about three weeks ago.

When Kirbay and her boyfriend came out to their home one Sunday, “we decided to go on a five-mile ride with them,” he said. “Why not do it? It’s good for your health.”

He and Debbie then went on a pair of 10-mile rides.It’s too soon to tell if the spike in bike sales is translating to more regular cycling commuters. According to Census data for 2018, about 19,000 Michigan households used a bicycle to commute to work. The state ranks 20th lowest nationally in the percentage of those who bike to work, at just under 0.4 percent. 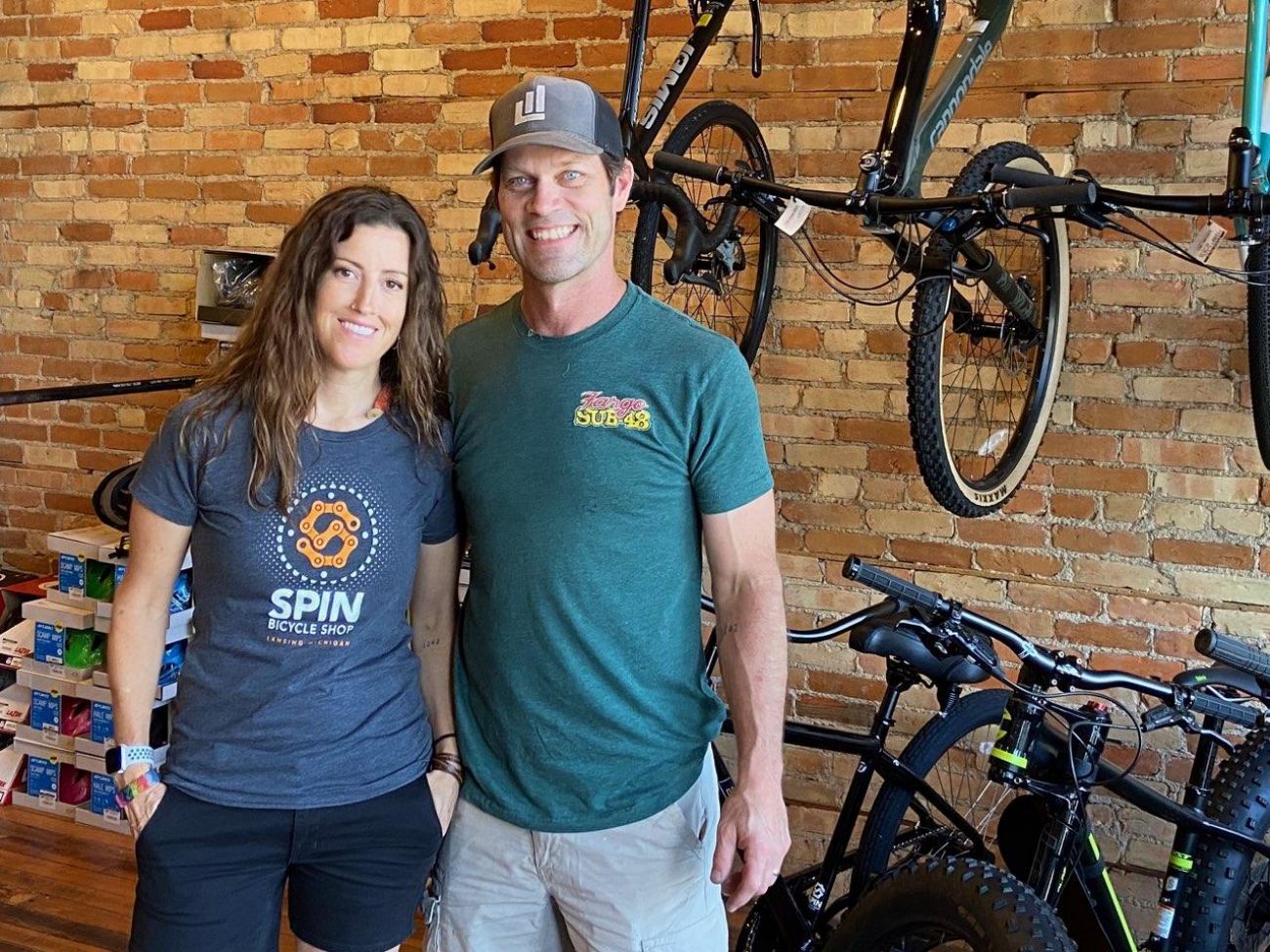 In the meantime, at SPIN Bicycle in Lansing, co-owner Nicole Cottom said the shop continues to field calls every day from potential customers just looking to purchase a bike to ride.

“We don’t have any definite answer for them from the manufacturers about when bikes will be back in stock. We did just place an order for some entry level bikes and found out we won’t get those in until late July or August,” Cottom said.

Like other shops, Cottom said SPIN also is short of parts they need to keep bikes on the road.

“Our 26-inch tubes and tires are completely sold out. That’s never happened before,” she said.

“People are going to their garage and sheds and pulling out bikes they haven’t used in years. The first thing they find is they have a flat tire and they call and we can’t get them in.”

Nonetheless, Cottom is heartened by what she sees in and around Lansing. She said she’s never seen so many walkers and bikers on the Lansing River Trail.

She realizes there’s no guarantee this will last.

But Cottom has a hunch many of these biking newcomers will still be on the road or trail a few years from now, hopefully at a time when bikes are more plentiful.

“People have had for the first time in their lives a chance to slow down and discover the passion in biking,” she said. “All the kids who are biking now, they are going to need a bigger bike at some point. I think for a lot of people who started biking for the first time, it’s going to stick.”