Detroit hospital warns some coronavirus patients may not get ventilators

Editor's note: This story was updated on March 27 to make it clear the letter is a draft and was not sent to families or patients. An email newsletter to subscribers from Bridge incorrectly stated the letter was distributed to them.

A draft of policy at Henry Ford Health System suggests the worst of COVID-19 is yet to come — and doctors will have to ration life-saving care and decide who is sick enough to receive a ventilator.

“Some patients will be extremely sick and very unlikely to survive their illness even with critical treatment,” reads the document, which circulated on social media Thursday.

“Treating these patients would take away resources for patients who might survive,” it continued.

The document, which was addressed to patients and their families but not sent to them, instructed providers that some patients, such as those with severe heart, lung, kidney and liver failure, terminal cancers or severe brain trauma and burns may not be eligible for ventilator or intensive care, but “will receive treatment for pain control and comfort measures.”

This. This could go wrong! This is from a friend who is a nurse in Detroit. Her friend works in the ICU of Henry Ford Health Center. The ICU staff was given this letter today. Shit just got real...and dr. bix LIED today. pic.twitter.com/6PyBlt9NUZ

This decision will be made based on medical condition and likelihood of getting better.'”

Henry Ford spokeswoman Brenda Craig said the letter “is part of a larger policy document developed for an absolute worst-case scenario,” rather than “an active policy.”

Still, the document is a warning of what might yet come, and came the same day that the U.S. cases of COVID-19 surpassed the numbers of cases in China.

The University of Michigan in Ann Arbor was caring for at least 57 COVID-19 positive patients in its hospital. Spokeswoman Mary Masson noted that staff must use the same personal protective equipment around other patients whose test results are pending, adding: “We’ve got what we need to care for our current patients and the capacity to care for more.” 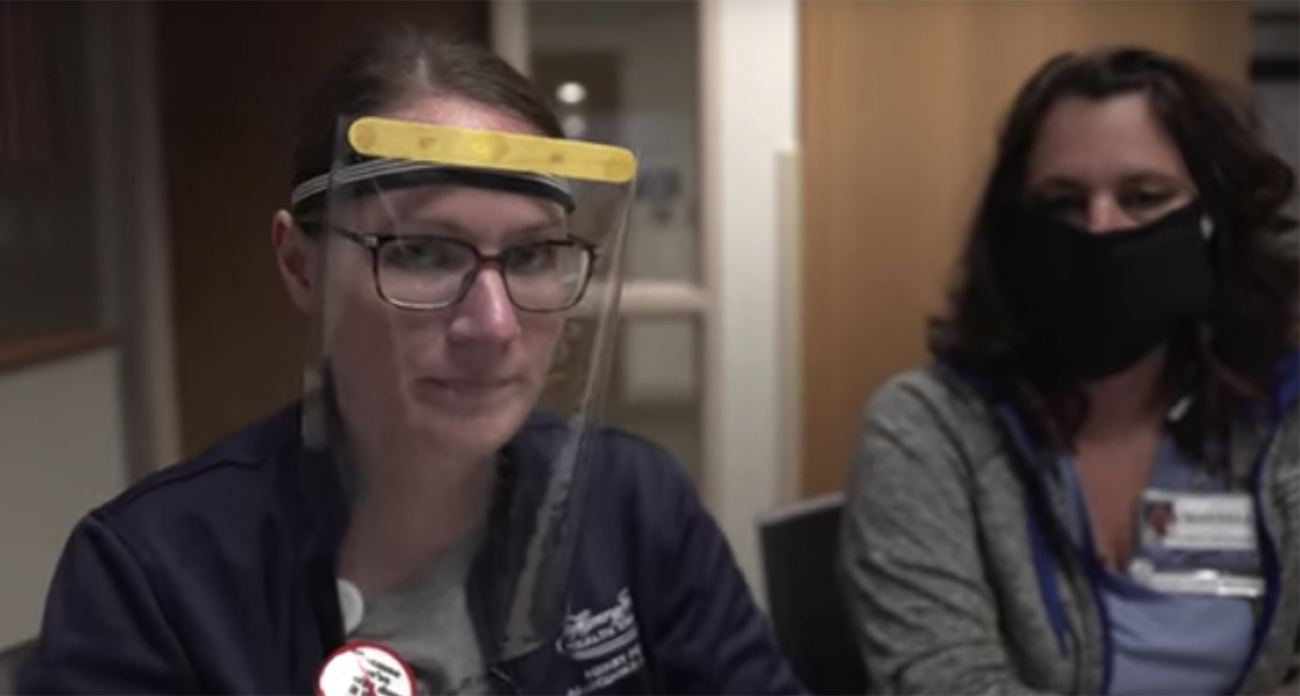 DMC has declined to release specific numbers to the public, but Taylor acknowledged it is “caring for a growing number of COVID-19 patients.”

“The demand to care for the ever-increasing number of patients is putting a strain on our resources and staff,” Taylor wrote. “We are using all available space in our hospitals to care for patients.”

DMC and other hospital systems have converted operating rooms, outpatient areas and other spaces to makeshift patient treatment areas, and is “working on ways to mitigate capacity issues by moving patients from hospital to hospital within our system and to increase our access to supplies and equipment,” Taylor said.

And earlier this week, the director of Michigan Department of Health and Human Services ordered all hospitals to submit daily reports on patient numbers and supplies, so the state could better assess its greatest needs while hospitals continued to seek donations of supplies — from personal protective equipment, or PPE, to ventilators and other life-saving equipment.

Against this increasingly bleak outlook, medical officials at Henry Ford are working with local engineers, manufacturers and the auto industry at Henry Ford’s Innovation Institute to “MacGyver”  the safest makeshift equipment possible, said Dr. Scott Dulchavsky, referring to the 1980s TV character who cobbles together disparate parts under crisis to save lives.

Dulchavsky is chairman of surgery at Henry Ford Hospital Detroit as well as the CEO of the Henry Ford Innovation Institute, which earlier in the week made headlines when it began producing masks for the system and offered employees Amazon gift cards for ideas on how to respond to the pandemic’s move into southeast Michigan.

With more than 95 percent of surgeries canceled, Dulchavsky said, he has redeployed surgical staff to support other areas of the hospital most impacted by the surge in COVID-19 patients while he focuses on the scramble to restock supplies.

Among the breakthroughs in recent days, he said:

“This is a battle. It just happens to be against an unseen foe, but it's a war, Duchalvsky said. “Many of the advances in medical care have come during significant conflicts, because of pressure to innovate to get better.”

If Detroit’s caseload continues on its trajectory as one of the steepest loads in the nation, it may not be enough.

Henry Ford Health System also released a statement from Chief Clinical Officer Dr. Adnan Munkarah late Thursday in response to Bridge questions about the letter, which described it as “deeply patient focused, intended to be honoring to patients and families.”

“With a pandemic of this nature, health systems must be prepared for a worst case scenario,” the statement read.

The system had gathered “collective wisdom from across our industry” to guide difficult patient decisions “during an unprecedented emergency.”

“It is our hope we never have to apply them and we will always do everything we can to care for our patients, utilizing every resource we have to make that happen,” the statement read, quoting Munkarah.