BELMONT --  About four years ago, a decade of depression and anxiety built to a point where West Michigan resident Rob Qualls saw no good way out. Suicide beckoned.

“We were having financial trouble,” Qualls recalled.

“I had a plan. I was going to walk in front of a bus, so my family could have money from the life insurance. My 3-year-old walked in the room as I was contemplating everything.

“I just kind of started bawling. I can’t imagine a world without him in my life.”

The moment passed, as Qualls reached out for help, leading to a five-day stay at Pine Rest Christian Mental Health Services south of Grand Rapids.

Qualls, 36, realizes he was fortunate.

He’s now back on his feet, the father of a second child, holding a job as head brewer at a Grand Rapids brewpub, and better able to handle the ups and downs of life.

But in a state where suicide is the second leading cause of death for those age 15 to 34, a team of Michigan researchers asks: Could there be a way to detect a person’s vulnerability to suicidal impulses before they are acted on?

The goal: Identify agents in the blood that could be markers for suicide.

“The ultimate idea is that we may be able to provide an additional data point for who is at highest risk of suicide,” said Dr. Eric Achtyes of Pine Rest, the study’s lead physician researcher.

“That may help us be better able to treat them." 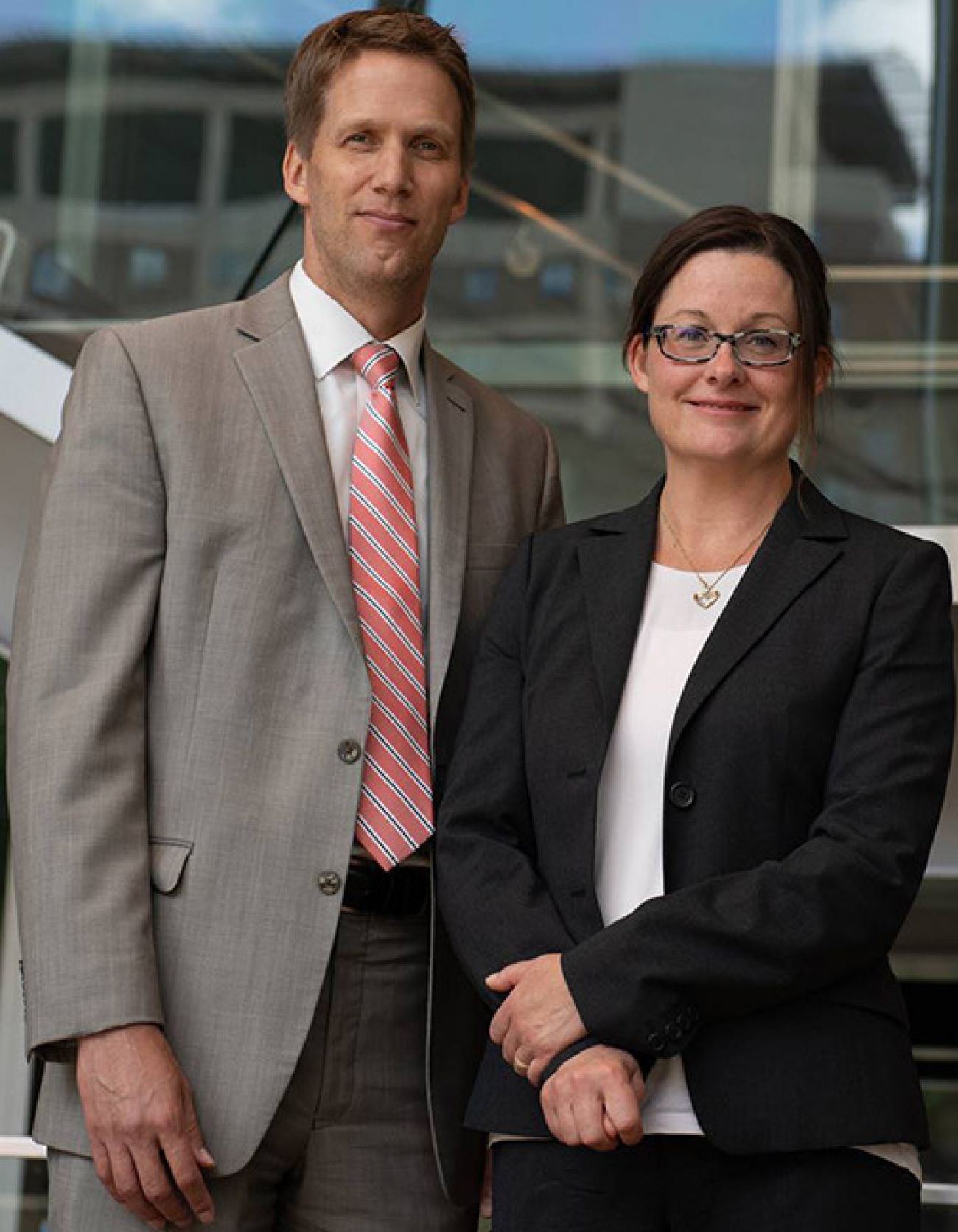 Until recently, Achtyes said, suicide prevention measures have often focused on statistical groupings that indicate who may be more likely to commit suicide — for example, white males, those who lost a job, are in pain or have been diagnosed with cancer.

“All those things are factors for being at high risk of suicide,” he said.

But this study takes another tack, building on recent research that has identified links between brain inflammation and suicide. The findings parallel stacks of evidence on other fronts — tying high stress to cancer, or depression to heart disease — that mental and physical health cannot be easily separated. They are in fact closely intertwined.

Inflammation is the body’s reaction to stress or physical assaults such as infection, injury or chronic disease. It is marked by a flood of white blood cells that produce chemicals to aid healing.

But there is accumulating evidence that sustained inflammation also may trigger a toxic imbalance that alters brain chemistry and heightens suicide risk. Patients with multiple sclerosis and rheumatoid arthritis — both diseases associated with higher levels of inflammation — also have greater levels of depression. MS patients are twice as likely as the general population to take their own lives.

At the Van Andel Institute, a biomedical research and science education nonprofit started by a cofounder of Amway, Dr. Lena Brundin has been probing for links between inflammation and depression and suicide for years.

She is lead author of a 2016 medical study that examined the spinal fluid of individuals who had attempted suicide, finding a link between levels of an enzyme activated by inflammation and suicide efforts.

Brundin is also lead author of a study published in November that found that an inflammatory immune response may trigger severe depression in women during and after pregnancy. One in five new mothers experience depression after pregnancy, with symptoms generally worsening after delivery. An estimated 4 percent consider suicide during or after pregnancy.

Researchers in West Michigan are studying whether certain blood markers can identify suicide risks. While no one factor is predictive of suicide, national experts have identified several warning flags for people who may be at risk of suicide:

29 percent – crisis in the past or upcoming two weeks

In brain imaging tests, the evidence for that was most prominent in a portion of the brain involved in mood regulation and linked to the biological origin of depression.

As far as they know, researchers said, this is the first detailed study over time of inflammation in patients with clinical depression.

The team will also search for inflammatory markers in brain tissue samples from people who have died by suicide. The samples are housed at the New York State Psychiatric Institute Brain Bank at Columbia University in New York City.

The Grand Rapids research team will track each patient for a year, with research staff at Pine Rest collecting blood samples eight times over that period. Samples will be spun down by centrifuge, stored at -112 degrees Fahrenheit and transported to Van Andel for analysis guided by Brundin. Researchers will also monitor medications patients are taking and interview patients to assess the severity of their depression.

Achtyes said they’ll be searching for agents that can pass through the blood brain barrier that could be linked to inflammation. He said researchers expect to monitor fluctuations in these agents over time to see how they are affected by medication.

“We are looking for whether there are markers that track with worsening depression or suicide ideation,” he said.

He said it’s possible researchers will also learn which medications might reduce the risk from inflammation — possibly opening the door to new treatment options.

In Michigan, suicide now claims more lives — 1,364 in 2018 — than traffic accidents. As Bridge Magazine recently reported, suicide rates have nearly doubled among Michigan adolescents and teens over the past decade. And the suicide rate among military veterans age 18 to 34 is nearly three times the state average.

Kevin Fischer, executive director of the Michigan chapter of the National Alliance on Mental Illness, continues to call for an all-hands-on deck approach to this crisis. Fischer said he’d like to see the office of Gov. Gretchen Whitmer — and other state government offices — do more to focus on solutions.

“Suicide is an epidemic in Michigan and throughout the country,” said Fischer, who lost his oldest son, Dominique, to suicide in 2010. “And yet in Michigan, we don’t seem to make it a priority.”

Bob Wheaton, spokesman for the Michigan Department of Health and Human Services, disputed that characterization, telling Bridge suicide prevention is “an important priority.”

He added that Whitmer asked the department this summer to update the state’s suicide prevention plan. “That work will be completed this winter,” he said.

Fischer said he was encouraged to hear about Grand Rapids blood study, saying that if blood tests might one day offer a new strand of hope for vulnerable people, he’s all for it.

“I look at this study and anything like this is a great opportunity to get out in front of this suicide epidemic,” Fischer said.

For his part, Rob Qualls said he’s been willing to speak publicly about his brush with suicide in the hope others might learn from it.

“Suicide doesn’t have to happen. Men have an especially hard time opening up about what they are dealing with,” he said.

And while he readily admits he’s no medical expert, Qualls sees promise in the Grand Rapids study. He wonders if it’s possible that inflammation stemming from anxiety and depression might have put himself in that desperate frame of mind four years ago.

“If there are ways to figure out how to flag somebody who might be at risk, that could make a lot of difference,” he said. “There can be control over this.”