Getting COVID tested in Michigan was supposed to be easier by now. It isn’t.

Michigan Health Watch
Getting COVID tested in Michigan was supposed to be easier by now. It isn’t.

Rapid tests may help control the spread of COVID-19, but getting access to one is becoming increasingly difficult in Michigan.

That, in turn, threatens some Michiganders’ ability to return to work, play sports, visit vulnerable relatives or simply get reassurance that those sniffles, in fact, are just a harmless cold.

Rapid tests used in health care are in short supply, and home tests have disappeared off the shelves.

“We get a lot of phone calls and people stopping in looking for them,” said pharmacist technician Amy Weidinger, of Bedford Wellness Pharmacy in Lambertville in southeast Michigan. The small pharmacy has been able to get six of the popular Abbot BinaxNOW kits — which each contain 2 tests,  she said. The pharmacy sold the last kit last week.

“I just keep checking the website,” she said of the distributor. An alert there, she said, indicates that new shipments won’t be ready until at least February.

Spokespeople at CVS and Rite Aid told Bridge the large chains, too, are struggling to find at-home testing supplies.

CVS has implemented limits on over-the-counter sales — to four of the Abbott BinaxNOW, Ellume and Quidel tests when purchased in the store, and six if purchased online at cvs.com, according to an email sent to Bridge.

Rite Aid said in an email that “like most retail chains, our at-home testing kits are currently out of stock, but we expect supply to begin catching up with demand in the coming weeks.”

Meanwhile, mass testing sites in parking lots and gymnasiums that were heavily promoted across the state last year, before vaccines were approved, are long gone. So, too, are countless smaller, pop-up sites in churches and schools.

The crisis-driven large tents and long lines of cars may have been just over a year ago, but “it all feels very antiquated already,” said Norm Hess.

Hess was helping lead vaccine efforts for the Michigan Department of Health and Human Services last year, and now is executive director of the Michigan Association for Local Public Health, which represents the 45 county health departments across the state.

He and others said the volatility of COVID testing supply-and-demand — along with the shift of testing into doctor’s offices, schools, worksites and even homes — means supplies are stretched so thin they’ve dried up in some areas.

“It depends where you are in the state,” he said.

Even with appointments, Horwitz said, customers need different kinds of tests. That could depend on what their insurer will cover, or what is accepted by their employer, or school, or even a particular airline if the test is needed for travel. For consumers, it can be a challenge finding an urgent care center that has an “acceptable” test to each person’s needs, she said.

“What would be helpful is some consistency on what test is required for what” circumstance, she said.

The shortage in testing capacity comes from a “convergence” of many factors, said Denise Crawford, president and CEO of the Kalamazoo-based Family Health Center.

A growing number of employers demand tests, especially among unvaccinated workers. That pressure undoubtedly will grow in the coming month after the Biden administration announced earlier in September that  vaccinations will soon be required of millions of workers, including employees at large companies. Manufacturers say it will likely take several weeks for test production to ramp back up.

Adding to the supply strain is the beginning of fall classes, with plenty of universities and K-12 schools routinely testing. Nursing homes have been doing so for more than a year. And with the highly transmissible delta variant, even the vaccinated have begun testing more regularly again, Crawford said.

While shortages of the rapid antigen test vary among communities and even day-by-day, the availability of polymerase chain reaction or PCR tests appears to be more stable. PCR tests aren’t available as home tests. Unlike the rapid antigen tests, PCR tests must be processed at a lab, so instead of taking 15 minutes for results they may take 24 hours or more. PCR tests are most often used in healthcare settings and are considered the “gold standard” of COVID tests.

For now, it appears that Michigan’s family doctors have adequate supplies of tests because they rely on PCR versions, said Dr. Srikar Reddy, president of the Michigan Academy of Family Physicians.

Lynn Sutfin, spokesperson for the Michigan Department of Health and Human Services, said she has not heard of wide-spread shortages in testing supplies.

The state health department continuously operates 22 neighborhood testing sites as well as pop-up community testing sites, and testing at Welcome Centers and airports, she noted. (A list of sites can be found here.)

But others say they are struggling, hampered by supply or staff shortages.

In Kalamazoo at the height of testing demand last year, the Family Health Center, a federally-funded clinic focused on low-income and underserved patients, performed 500 or more tests on some days, assisted by temporary staff. By this summer, as vaccines were available and cases fell, staff shifted its focus toward vaccines and ultimately to getting back to the routine work of health care. They would go days without a single request for a COVID test, she said. 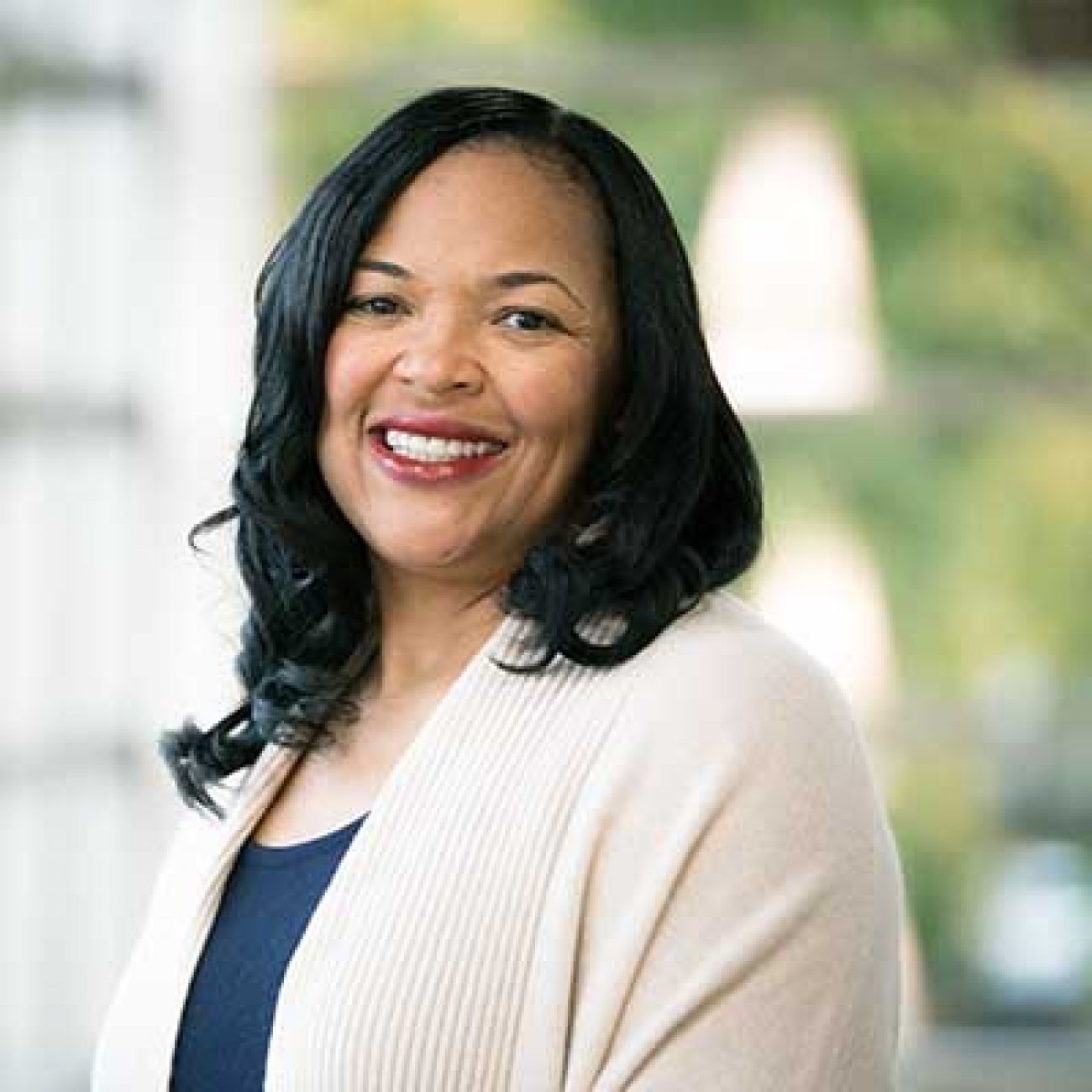 The spread of COVID, as well as a demand for surveillance, has boosted demand for testing at Family Health Center in Kalamazoo, said Denise Crawford, president and CEO.

In Kent County, public health staff similarly pivoted from testing to vaccines over the early summer, and then — as COVID slowed — back to regular duties such as nutritional services and women, infants and children clinics and restaurant inspections, said Brian Hartl, who directs community health strategy for the Kent County Health Department.

Health organizations, he said, must “put resources where they’re most needed.”

Similar assumptions were made in other states before the delta variant arrived.

“For all of us, there was a combination of optimism and hubris in the June timeframe that led us to believe this was over,” Mara Aspinall, a health industry researcher at Arizona State University and leading authority on COVID-19 testing supplies, told the Associated Press.

“We’re scrambling to get staff focused back to COVID,” Hartl said.

In the earliest days of the pandemic, few tests were available, making it difficult to accurately identify where outbreaks were occurring and it took months to hit target goals of roughly 15,000 tests a day. Labs backed up, and test results sometimes took days.

But then vaccinations rose this year. Cases fell. And the state’s testing fell to an average of 12,000 tests in July before rising again to about 32,000 daily tests so far this month.

In Kalamazoo, COVID spread through the community and the rate of tests that came back as positive at the Family Health Center shot up from 2 to 4 percent to about 25 percent in less than a month, Crawford said.

So, too, did demand for tests — up to 50 a day after summer days when there was no demand at all. That’s nowhere near the peak of testing last year, but temporary staffing that had helped with testing last year are long gone, she said.

“The shocker is how strong and how fast this happened,” Crawford said.

The system now runs eight drive-through clinics across its 16 west Michigan counties. But their hours and capacity are limited.

“We might not be able to scale up to the level that we might want to do or what we were able to do earlier in the pandemic,” he said.

With the surge in demand, the Washtenaw County Health Department plans to resurrect its pop-up testing from last year, said spokesperson Susan Ringler-Cerniglia.

The department had distributed 20,000 home testing kits this summer with 25 tests in each.

But even those, added to the several doctor’s offices and health clinics in the county offering tests, aren’t enough, she said.

“There are a lot of health providers and others, but with this surge now, and with the schools testing, and if the federal mandate goes forward — they’re not necessarily equipped to provide all that’s needed,” she said.