Screening children for the life-threatening metal plummeted in the first two years of the pandemic, in part, because of a product recall. (Shutterstock)
July 1, 2022
Robin Erb (Email)
Michigan Health Watch

All Michigan children — not just those receiving Medicaid benefits —could be monitored for toxic lead poisoning under legislation proposed by two Democratic lawmakers.

But the two-bill package has faced a surprising opponent: Michigan pediatricians.

Doctors support blood-lead screening, of course, said pediatrician Dr. Jonathan Gold of Lansing. “It’s part of what we do every day,” he said. 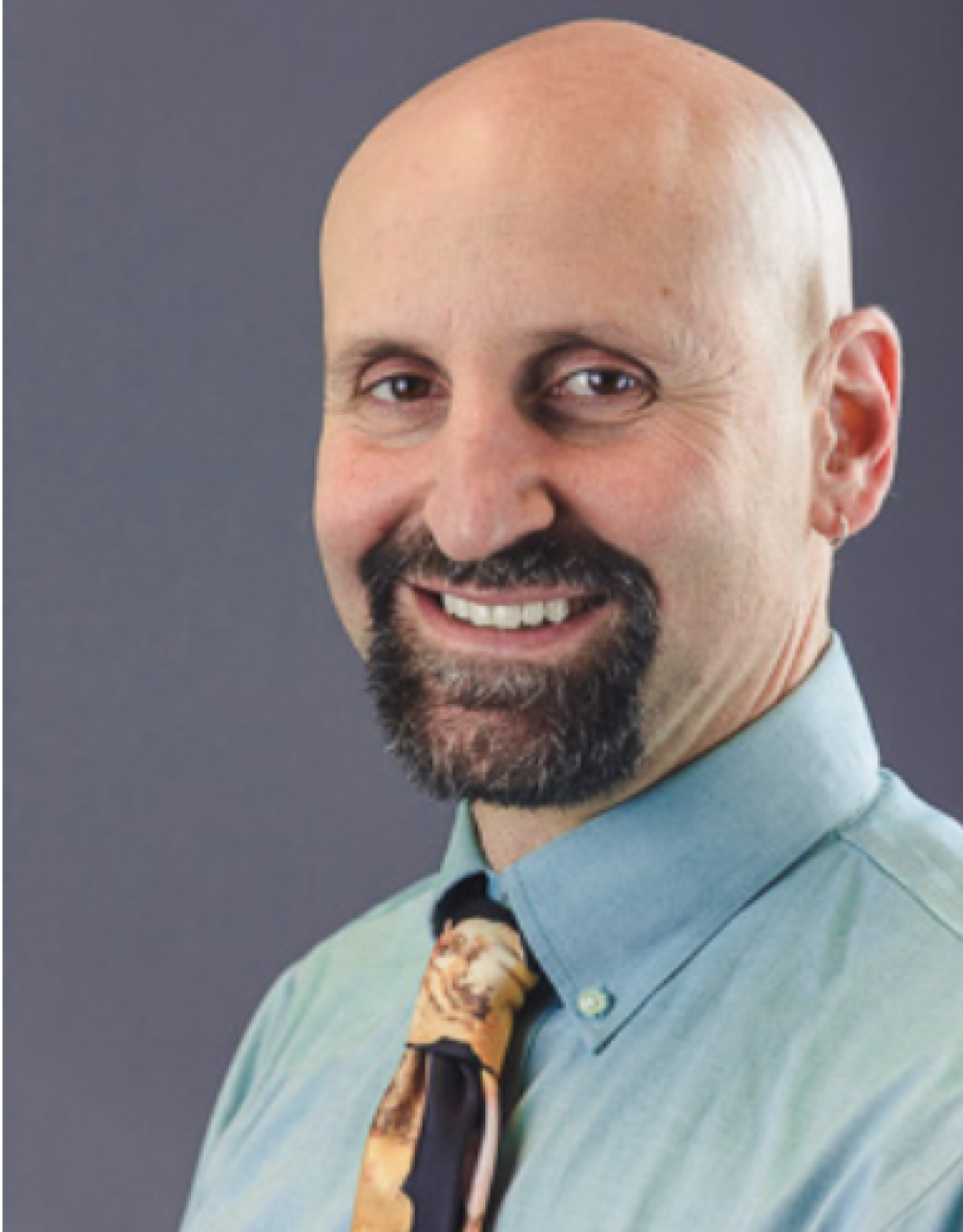 Doctors support blood-lead screening for children, but they worry that new legislation might hold them responsible if parents refuse the testing or fail to follow through with it, said pediatrician Dr. Jonathan Gold, chair of the Michigan chapter of the American Academy of Pediatrics’ Government Affairs and Advocacy Committee. (Courtesy photo)

And Gold, who works in government affairs as a member of the Michigan chapter of the American Academy of Pediatrics, agrees with the consensus medical opinion that there is no safe level at which children can tolerate lead, which can interfere with a child’s development.

But Gold and other pediatricians say they worry the two bills considered by the Michigan House Health Committee could hold doctors responsible if parents don’t follow through with testing — which a bill sponsor, Rep. John Cherry of Flint, said is not intended under the legislation.

There is no language in the bills that suggest penalties for physicians whose patients fail to be tested. House Bill 4679 states a provider isn’t liable for civil damages in the requirement “except an act or omission constituting gross negligence or willful.”

The bills, which were co-sponsored by Helena Scott of Detroit, would require minors to be tested for lead poisoning at least twice before their fourth birthday.

The testing would be recorded on a child’s immunization record, prompting a more regular check to make sure every child has been screened. The bills also would require the Michigan Department of Health and Human Services to establish rules that would identify areas of highest lead exposure risk and children at high risk.

In addition to physicians’ liability concerns, the bills may cause confusion among doctors, Gold told Bridge Michigan in June. He said the legislation doesn’t align with guidelines from the U.S. Centers for Medicare and Medicaid Services. CMS requires children receiving Medicaid to be tested at 12 and 24 months old. Children on Medicaid who miss those screenings are required to be screened before the age of 6.

In contrast, the bill package in Michigan requires testing between the ages of nine and 12 months and two and three years old. The timing reflects the recommendation made in 2016 by the Childhood Lead Elimination Board, chaired by then-Lt. Gov. Brian Calley, in the wake of the Flint water crisis.

Members of MIAPP have been meeting with legislators to tweak the wording to address concerns, CEO Sierra Cameron told Bridge Friday.

She echoed Gold’s sentiments that the sponsors’ intent “is really positive.”

Cherry said the doctors’ group’s concerns are being discussed. He said the focus of the bills is to get doctors and parents to pay attention to an environmental threat that can significantly harm the future of all children, not just those receiving Medicaid. 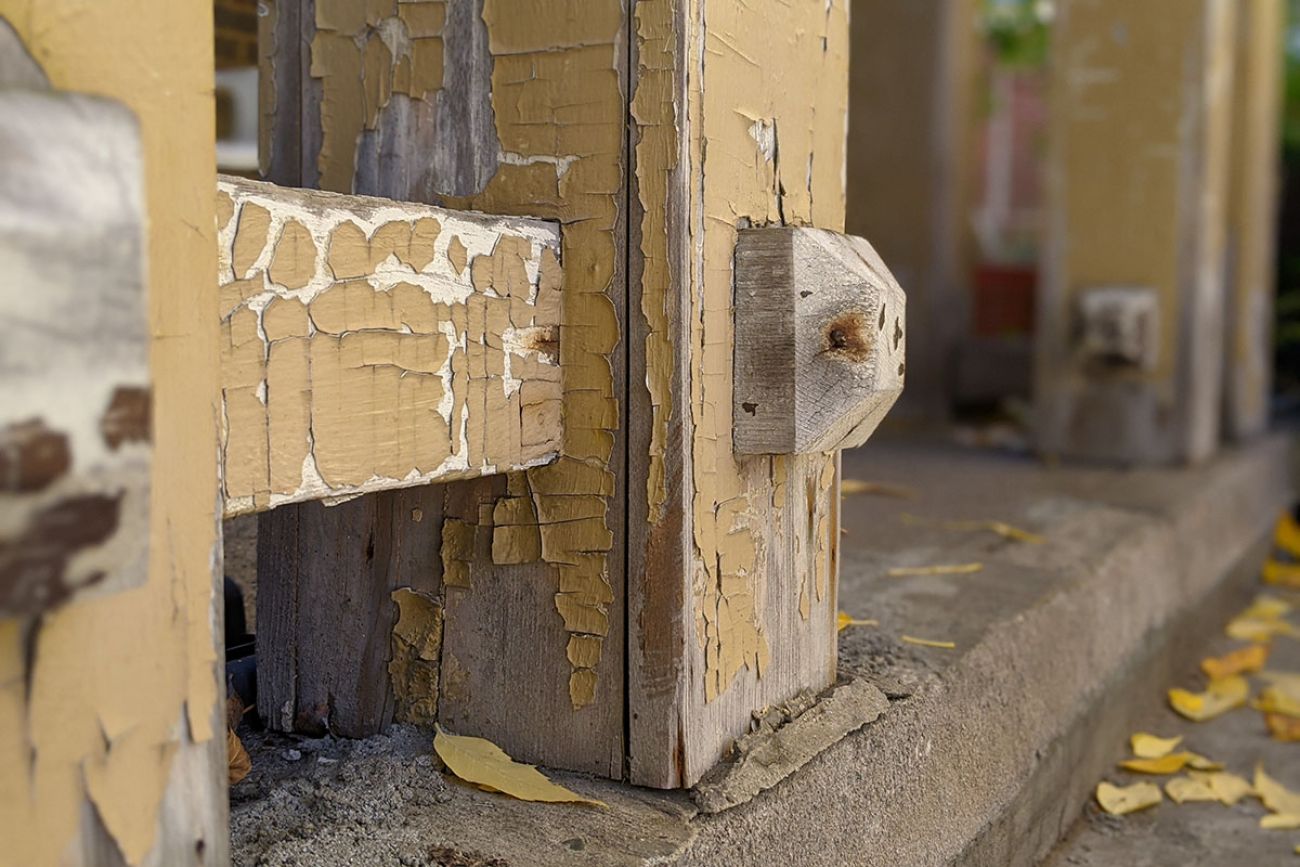 Peeling paint is only one source of lead poisoning. (Bridge file photo by Robin Erb)

Lead, which can be found in old, chipping paint, water, soil and even in some imported products, can cause irreparable harm to children, stunting development, interfering with their ability to learn and affecting behavior, speech and hearing.

Children are tested in two ways for lead levels.

A finger-prick or heel-prick (capillary) test is usually the first step, and is often performed in a doctor’s office. It can provide fast results, but is not always precise. In contrast, a blood draw, often performed in an off-site lab, can take a few days for results. It is often used to confirm blood lead levels detected in the earlier capillary test.

“There’s nothing that prevents (parents) from talking to their provider about lead screening,” Cherry told members of the House Heath Committee at a hearing in May.

Cherry told lawmakers he had to ask his daughter’s doctor about lead testing when the pediatrician failed to bring it up.

Cherry said he was surprised given his family lives in Flint — the city at the heart of a years-long criminal probe, a shake-up of the state health department, and the national spotlight when, beginning in 2014, countless children and families there were exposed to high levels of lead when the state switched its source of drinking water as a cost-saving measure but failed to put ensure lead didn’t enter the water from old lead pipes.

“If you go in to the doctor and it doesn’t occur to you to ask about lead screening and if the doctor is not proactively talking to you about it, your child might be missed while being exposed to lead,” Cherry said at the hearing.

“They already have a lot on their plate, and it’s another thing, right?” he said. “But I actually think this simplifies things for doctors, right, because there's already a requirement for children who are on Medicaid.”

When he asked his daughter’s pediatrician about blood lead screening, he said the response was “Well, are you on Medicaid?” (Low-income children are often at higher risk of lead exposure because they are more likely to live in older homes with lead-based paint, which was outlawed in the U.S. in 1978.)

The cost to the state would be “minor” to formulate rules and “modest” to tweak  immunization paperwork, according to an analysis by the House Fiscal Agency.

Michigan has wrestled with less-than-stellar levels of children’s blood testing for years, a level that dropped even lower during the pandemic, according to state health officials.

Parents avoided pediatricians and other health care visits during the pandemic for fear of COVID exposure, but it was more than that, said Dr. Jennifer McDonald, a consulting pediatrician for MDHHS.

Even before the pandemic, “if a doctor wrote orders for blood tests in a lab, a certain number of tests aren't going to get completed for a variety of reasons. That was even worse during the pandemic,” McDonald said.

Parents were hesitant to “wait in the lab with their children during the pandemic or lab hours might have changed,” she said.

Compounding the problem was a 2021 product recall of lead testing kit supplies, a recall that lasted into March this year. Nearly half of the state’s testing relied on those products prior to the recall, according to MDHHS spokesperson Chelsea Wuth.

In recent months, “we did (see) a little bit of rebound in testing, but it's never quite made it back up to pre pandemic levels,” McDonald said.

Some Republican lawmakers questioned both the need for the bills and whether they might cause more harm.

Rep. Roger Hauck, of Mount Pleasant, said he supports the tests. But could making them a government requirement make parents hesitant? he wondered aloud at the May 26 hearing.

“We’ve seen so much division on the COVID vaccine, I’m wondering if parents, even if the child was sick, would not bring their child to the doctor because they’re afraid they’d be required to do this test, even though there’s nothing the matter with it,” he asked Cherry.

Cherry noted that the bill allows for an exemption if the parent refuses.

“The intent here is not to force medical procedures onto people who don’t want to undergo (them),” he said. 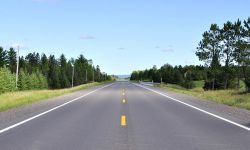