Michigan caregivers got a $2 hourly boost in COVID. Should it be permanent?

Michigan Health Watch
Michigan caregivers got a $2 hourly boost in COVID. Should it be permanent?

The sweet moments pop up in everyday tasks — a walk in the surprisingly warm winter sun, or silly smiles over a dinner plate. They’re what keep Holly VanVolkinburg coming back to a job she’s now held for 22 years.

But in a profession where starting pay is just over $11 an hour to help people with developmental disabilities, it’s tough for workers to cover groceries, lighting and heat bills, a mortgage or a car payment. 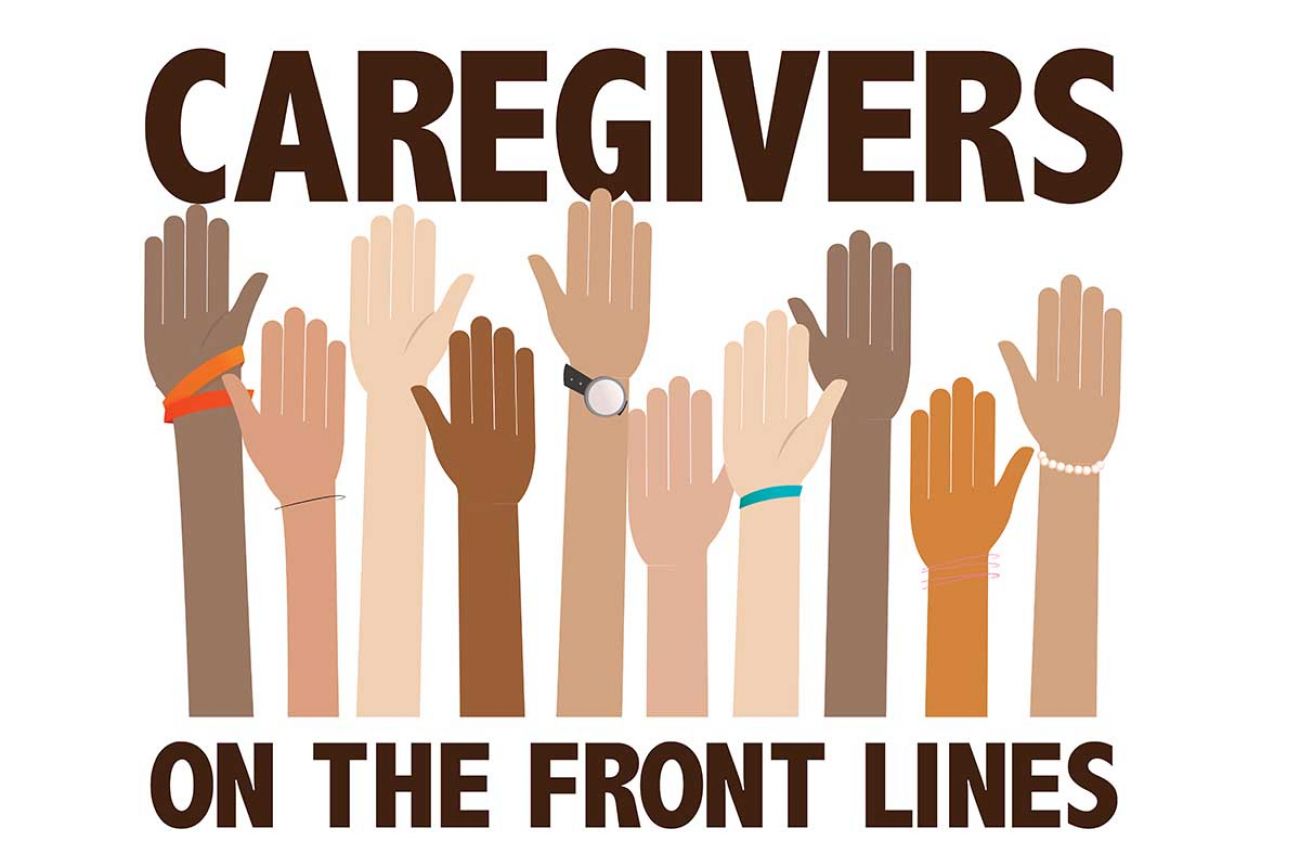 The initiative will expand in spring to include news and community organizations in western New York. The project is made possible through a grant from the Ralph C. Wilson, Jr. Foundation.

As a supervisor in charge of two homes for people with developmental disabilities and nearly round-the-clock care for seven men and women in Allegan and Zeeland, her pay has climbed to just more than $21 an hour. But others?

Many “can’t make it work,” she said. “They have bills to pay. They come and go. We lose them. It’s hard on everybody.”

As COVID tore through Michigan last year, direct care workers like VanVolkinburg got a bit of help. The state legislature bumped pay by $2 an hour last spring for these workers in skilled nursing facilities and other long-term care facilities and those employed in programs for older Michiganders and those with developmental disabilities.

It was a recognition of the essential, often dangerous tasks performed by direct care workers to keep seniors and other vulnerable Michiganders safe during a terrifying pandemic.

But the pay boost was temporary, and though it’s been extended, it is not yet permanent despite a health crisis that is not close to ending. That’s left policymakers questioning whether the state should now invest longterm in caregivers who tend to those most in need.

“Not only does that need to be permanent, but that is the bottom line,” said Emily Dieppa, director of workforce development for the Michigan office of PHI, a nonprofit that advocates for the nation’s direct care workers. “If anything, it needs to be expanded, and it needs to be more than $2 so that it's an actual living wage for people.”

The initial pay boost expired Feb. 28 this year, but was renewed days later at a slightly higher rate — $2.25 an hour — as part of a supplemental spending bill that was a mix of state and federal dollars.

Gov. Gretchen Whitmer has proposed making the pay boost permanent at $2 an hour.

It wouldn’t be cheap. The state’s estimated cost would start at $121 million a year which, with matching federal funds, would grow to $360 million annually.

What kind of legislative support the proposal will get is unclear, especially as Whitmer and the Republican-led legislature continue to bicker over emergency powers and pandemic orders.

“These folks have been hit hard and have remained at the forefront of this virus since day one. I believe this is the least we could do.”

Outman could not be immediately reached for comment for this article.

The Mackinac Center for Public Policy, a free-market think tank based in Midland, said any increase in government funding must come with “strings attached.” Specifically, the state must articulate its goals in raising the pay, and then take measurements to make sure they are achieved.

“The question is ‘Are you getting more for your dollar?’” said Greg George, the Mackinac Center’s director of legislative affairs. “I’m not sure how they measure that, that will be up to them (the legislature). But there are ways to look at the number of services they are providing and number of people they’re hiring.”

Advocates for the elderly contend it’s a worthy investment in a field where homes and nursing facilities churn through caregivers who work hard for little income.

Eliminating the pay bump “is like a huge slap in the face to all of these essential workers who deserve more in the first place,” said Clare Luz, a gerontologist at Michigan State University’s Department of Family Medicine, and an advocate of better pay.

In recent research, published online in the peer-reviewed journal, The Gerontologist, Luz wrote that, even as the nation ages, direct care workers haven’t received “any noteworthy pay or fringe benefit increases” since 2008.

Dale Cook said an extra two bucks an hour is a small sacrifice for what state residents get in return.

His son, Larry, is 61, has severe developmental disabilities that have kept support care staff at his side for more than five decades. VanVolkinburg is among them, assisting Larry Cook with the activities of daily living that most people take for granted — getting out of bed and bathing, brushing teeth, eating, or just communicating. 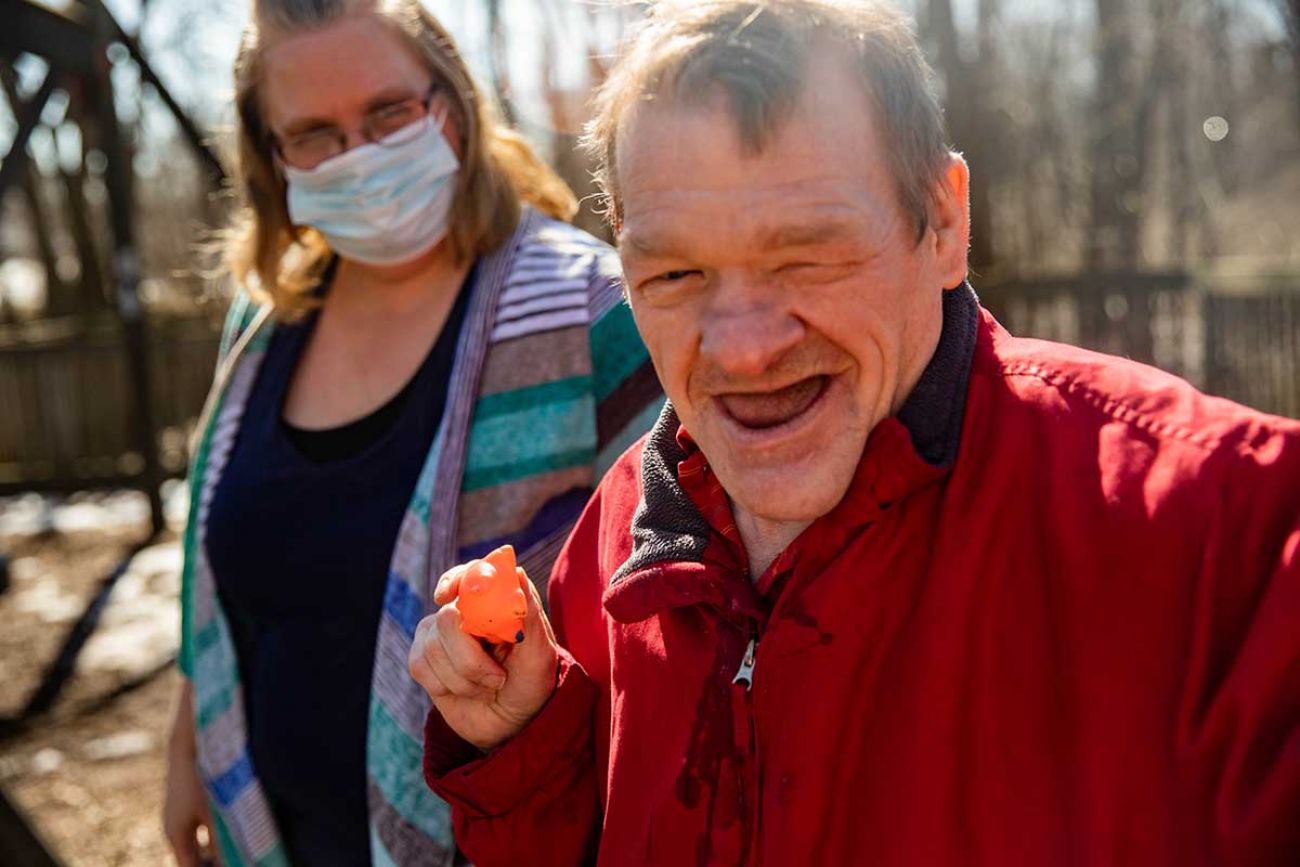 Larry Cook, 61, laughs with Kathy Collier, an assistant supervisor at MOKA, an agency serving Muskegon, Ottawa, Kent and Allegan counties. The two were at Hanson Park in Allegan earlier in March. (Bridge photo by Daytona Niles)

Those workers are “passionate, loving and caring,” Cook said. “They treat my son like family.”

The backbone of care

With 3-in-10 direct care workers having minor children of their own, about half of these workers live in or near poverty, according to PHI.

The average for fast-food workers in Michigan starts at $10.99 an hour, but some fast-food jobs pay $15 or more, according to the job website, Indeed.

Unlike fast food, direct care jobs are essential to life, said Charles Sloan, 48, a certified nursing assistant from Southfield. Sloan works in critical care at a Detroit nursing home — helping patients on ventilators, with kidney failure, or on feeding tubes.

“It’s a dedication because you know in your heart that that could be someone you love, someone you know. It could be you,” he said. “You give it 100 percent, because it means a lot to them.” 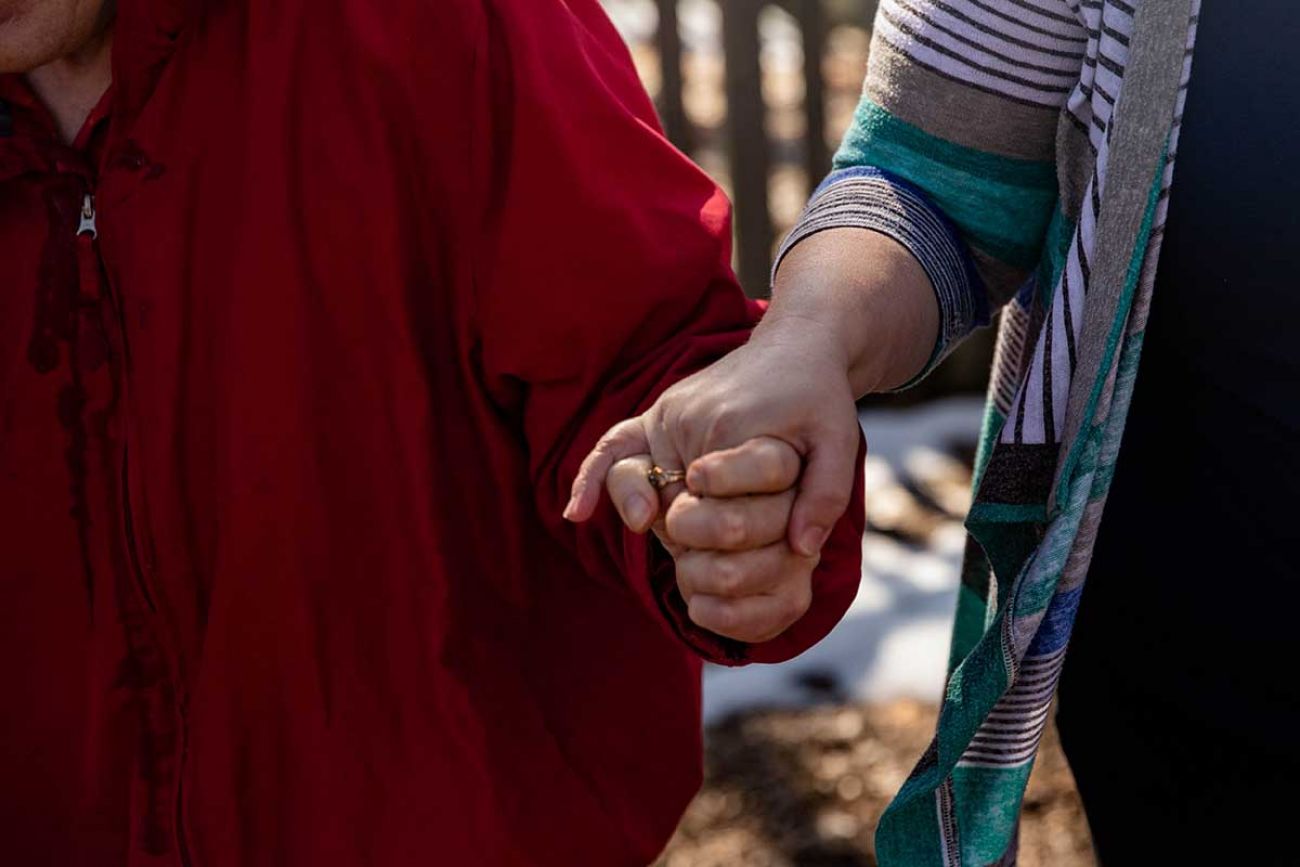 A boost in pay would help direct care workers who work with people with disabilities or with seniors stay on the job, rather than being wooed away by higher-paying jobs flipping burgers, stocking shelves, or working a cash register, advocates say. (Bridge photo by Daytona Niles)

Last year, certified nursing assistants at his facility received a pay increase to at least $13 an hour after a union negotiation. Sloan said he did not stay for the added money.

Rather, working with others offers a unique life perspective “on what’s really important,” he said.

It’s unclear how many direct care workers, like Sloan, received pay increases since the pandemic began. Agencies bill the state differently and then pass on the pay to workers. And some workers may have jobs with two or more agencies.

The boost came just in time for Sloan. The odometer on his 2010 Chevy Malibu was inching toward 300,000 miles; costly repairs were becoming nearly routine. With the bump, he was able to trade in the 2010 Malibu for a lower-mileage 2011 Malibu.

“I was able to save up and completely pay it off, without a note. It was a blessing,” he said.

Outside of nursing facilities, direct care workers provide personal care, training, emotional support and respite to an estimated 100,000 Michigan residents with mental illness or developmental disabilities, according to a coalition of advocacy groups pushing for a permanent increase.

According to the coalition, workers in these jobs start at $11.44 an hour, often with no medical or other benefits. The jobs are often at agencies with little wiggle room in their budgets for pay raises. That includes agencies such as MOKA, where VanVolkinburg works in Muskegon, Ottawa, Kent and Allegan counties.

But nearly all its revenue comes from Medicaid reimbursements — it “pays only so much,” she said, with 89.6 percent of that money used to pay caregivers and their supervisors.

Workers who find ways to make ends meet stay, she said, because they “love to impact the lives of others and they love the joy it brings them.”

But pay levels make it difficult to recruit and retain workers.

“The pandemic makes it worse,” Hamlet said. “You’re asking people to work in a low-pay job. It’s tough work and it’s at their risk, too.”

Others who work alongside direct care workers say they deserve a pay boost from the state as well. Angela Davenport works with Sloan at Omni Continuing Care in Detroit, but as a dietary aide, not a direct care worker, which puts her outside the legislative pay bump.

Davenport said she puts in 60 hours a week at two nursing homes to make ends meet. Even so, with gas inching toward $3 a gallon, sometimes, she said, “I just don’t fill up.”

Sloan agrees, noting that Davenport and other dietary workers prepare food to specific consistencies and to meet individual patients’ nutritional needs, making them essential as well. And they, too, have families and children who rely on their wages.

Michigan COVID booster appointments filling up. How to get yours.