He was miserable – fever, vomiting, chills.

Yet Liam Singleton felt like the doctor couldn’t stop looking at his chest, or more specifically, the painful layering of tightly wrapped bandages that held Singleton’s D-cup breasts flat against his ribs.

Liam was born Samantha, but hated being a girl. He hated his body. Wept in the shower. Tried to kill himself. Flattening breasts as he grew into adulthood — even to the point they would permanently misshapen his ribs  — helped him identify as a man.

But under the bright lights of an exam room in rural Indiana more than two years ago, Singleton just wanted to stop puking from the flu.

“I told him, ‘Look, I’m a transgender man and I do this to hide my breasts,’ and [the doctor] just slow-blinked again, like ‘What?’ and all the while I’m trying not to throw up in his trash can,” Singleton said.

Experts say such experiences are among the reasons for health disparities for those who identify as lesbian, gay, bisexual, transexual and others. In Michigan, that’s about 4 percent of the adult population, about 313,250  people, according to the Movement Advancement Project, a Colorado-based advocacy nonprofit.

Many in the community simply withdraw from care.

Roughly 1 in 6 LBGTQ people nationwide report being discriminated against when visiting a doctor or health clinic, while 1 in 5 say they’ve avoided health care because of discrimination fears, according to a 2017 survey of  lesbian, gay, bisexual, transgender, and queer adults.

That, in turn, deepens health disparities over a lifetime as patients skip screenings and get less help for chronic conditions and poor health habits, like smoking or alcohol and drug abuse, according to an overview of health research by the U.S. Office of Disease Prevention and Health Promotion.

From public health clinics to large hospital systems, Michigan’s health care industry is reaching out to close such disparities, from updating forms to accommodate genders beyond “male and female” to adding LGBTQ-specific services.

Among the most tangible efforts is the Corktown Health Center in Detroit, which opened in 2017 as Michigan’s first nonprofit health center with a focus on LGBTQ patients.

It’s also one of only a few dozen such centers nationwide. While existing clinics integrate some specialized care for LGBTQ patients, Corktown stands apart with its mission and medical expertise providing comprehensive primary care to LGBTQ patients, said Lynda Meade, a board member of the National Association of Community Health Centers (NACHC) and former clinical director for the Michigan Primary Care Association, which represents Michigan’s health clinics.

Corktown staff members offer services such as hormone replacement therapy for those transitioning to another gender; pre-exposure prophylaxis, or PrEP, or the use of antiretroviral drugs to prevent IV infection; and care for those who those with gender dysphoria, which happens when a patient was born one gender, but identifies as another.

Without advertising, Corktown now has more than 1,200 patients and sees about 10 new patients each week -- drawing mainly from Oakland, Wayne and Macomb counties, but also from other parts of the state, said Patrick Yankee, the clinic’s chief development officer. Yankee formerly was the HIV care and treatment manager for the state health department.

The clinic now relies on nearly $4.7 million annually in grants, including more than $800,000 from the Michigan Department of Health and Human Services for LGBTQ health care. Eventually, the budget will rely more heavily on insurance reimbursements, said Theresa Roscoe, chief operating officer.

Some critics contend such specialized care has gone too far.

In May, the U.S. Department of Health and Human Services said it had finalized its “conscience” rule, allowing health care workers to refuse treatment based on “religious beliefs or moral convictions.” The measure could be at odds with a provision of the Affordable Care Act that prohibits discrimination based on sexual identity and allows Medicaid to fund gender change surgery.

Conservative groups The Heritage Foundation and Family Research Council say such mandates threaten free markets and may force health care workers to offer care that runs counter to their religious and moral values.

The Catholic Church supports essential and emergency health care for all as a basic human right, and in fact, Michigan Catholic Conference supported the expansion of Medicaid, said David Maluchnik, spokesman for the organization.

But while doctors should be free to tailor services to their patients’ needs, governments should neither mandate nor fund services that may force clinicians to compromise their beliefs, he told Bridge, noting he was not referring to any specific clinic or service.

“The church’s mission to provide health care – especially for poor/low-income or destitute persons – can be compromised when administrative policies require religious providers to violate their faith-based mission and conscience rights,” he said.

Within the light industrial design with its artwork of rainbows and of people of different ages and races, Corktown’s medical director Dr. Latonya Riddle-Jones introduces herself to patients with a smile, her name, and this: 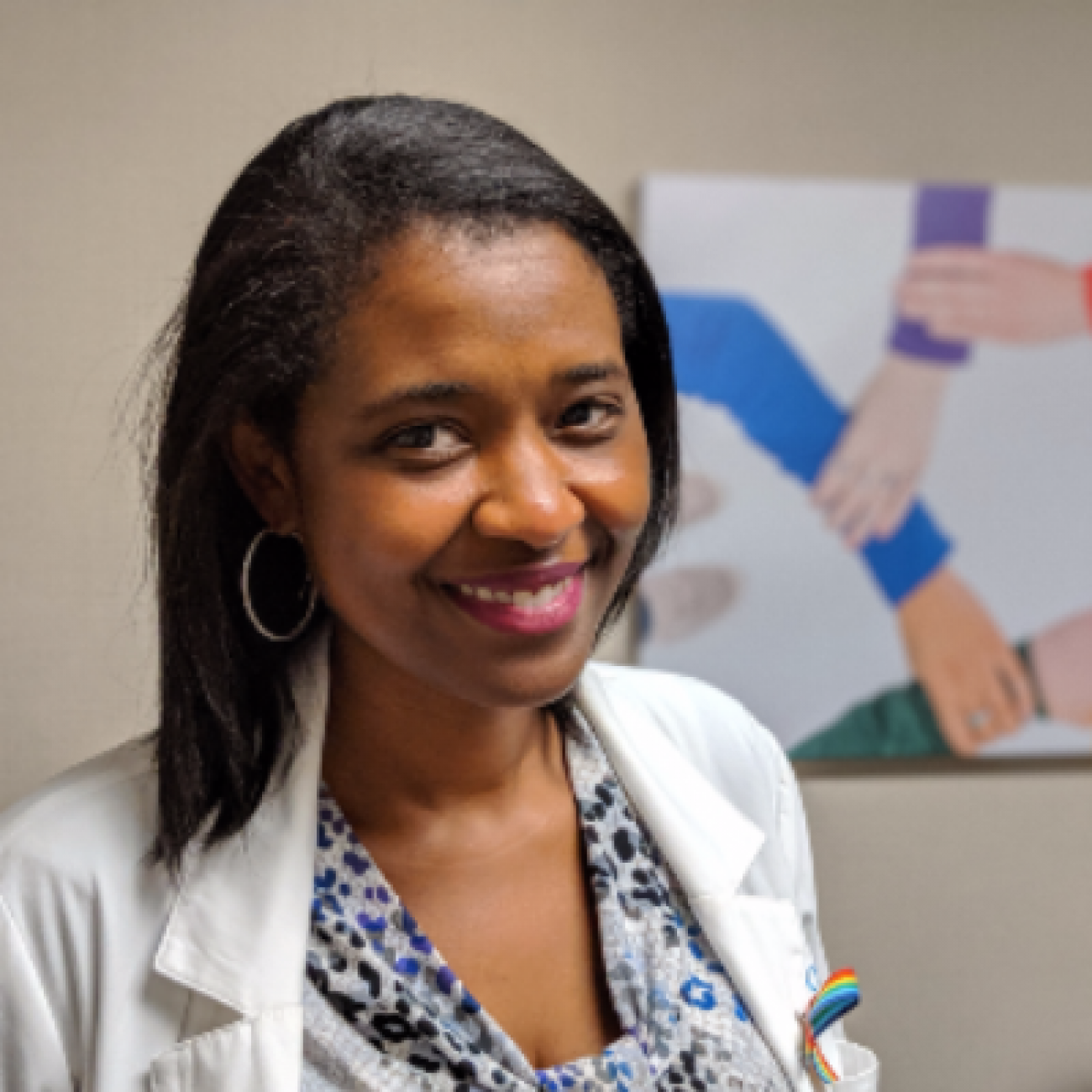 “I may get a blank stare, or someone asking me, ‘What are you talking about?’” Riddle-Jones said. “But others respond with ‘‘Oh, my gosh, thank you so much. No one's ever asked me.’”

That gratitude is often followed by a horror story.

This summer, a young professional who moved to Detroit told Corktown staffers he had walked into another southeast Michigan primary care provider and “was told ‘I’m sorry. I don’t see gay patients,’” Yankee said, noting a 2015 case of the Oak Park lesbian couple who said their doctor refused at the last minute to give care to their newborn.

In a 2017 survey -- this one by the Center for American Progress, a liberal research and advocacy organization =- 8 percent of LGBTQ respondents said they’d been denied care because of their sexuality.

“Some of the stories I'm hearing, I am in shock,” Riddle-Jones said.

“You would think people go into medicine because they want to help people. And you would think that those personalities who go into medicine are people who are non- discriminatory. And I would say the majority of physicians and nurses are very open, kind people. But we all have experiences that shape our lives.” 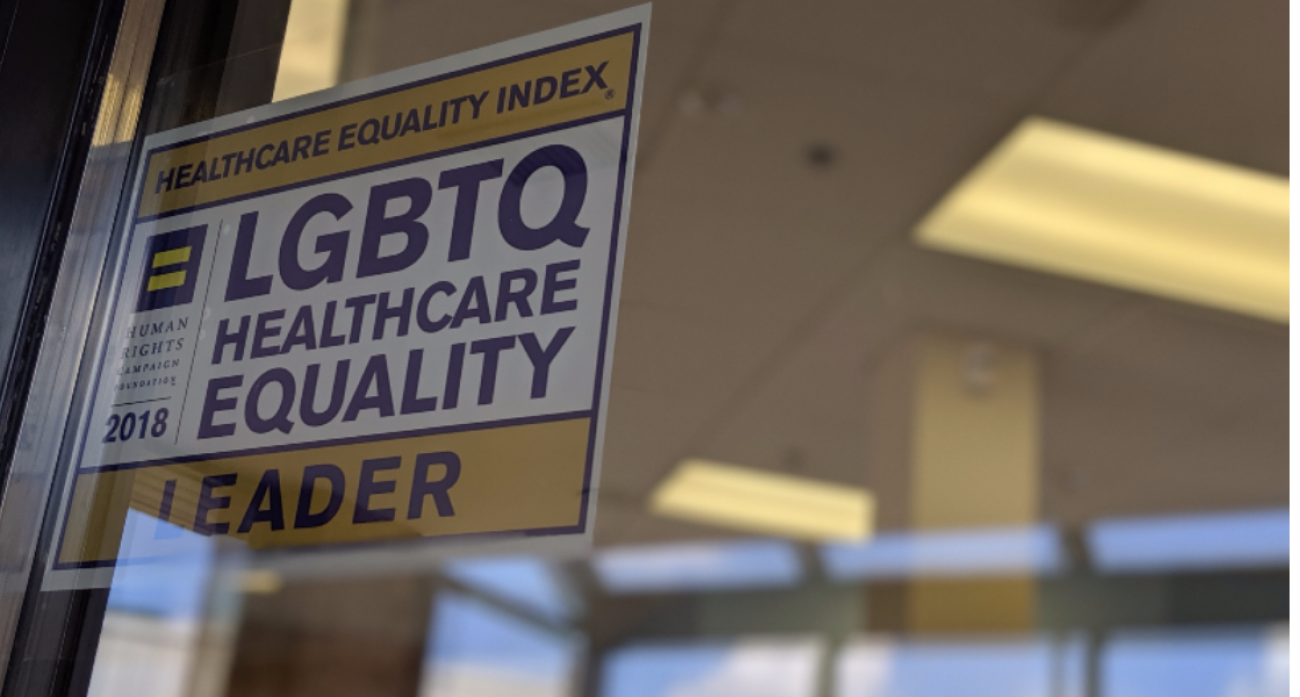 Doctors are humans, too,” agreed Anne Scott, executive director and deputy health officer at Ingham Community Health Centers in Lansing. “Everyone has their biases.”

The Ingham clinics received a top designation for the second year in the Healthcare Equality Index survey by the Human Rights Campaign, one of the nation’s largest LGTBQ advocacy organizations.

The reason for the designation is clear before the clinic’s glass doors slide open: A sign carries the blue and gold symbol for the Human Rights Campaign. A rainbow flag is posted in the lobby on special occasions.

And the patient intake forms have been adjusted, asking patients their gender at birth (male, female or intersex)? Current gender (female, male, genderqueer/binary, transgender man, transgender woman, or other)? Sexual orientation (sexual, straight, homosexual/gay/lesbian or other)? and preferred pronouns (he/him/his, she/her/hers, and they/them/theirs).

Doctors are humans, too. Everyone has their biases.”
--Anne Scott, executive director and deputy health officer at Ingham Community Health Centers in Lansing

Todd Heywood is a member of Ingham’s board of directors, and has been openly gay since the 1980s.

He said he’s had some great doctors. But he also remembers a doctor who refused to touch him once she learned he was gay and the urgent care physician who appeared in a biohazard suit to stitch up a cut on his foot.

More often, Heywood said, doctors simply were reluctant to address his sexuality – a problem he continues to hear from other patients in his current role as a board member for Ingham Community Health Centers.

It’s in these experiences that health disparities take root, he said.

In a 2016 survey of 80,929 Minnesota high school students, nearly 3 percent, or 2,168 of the students, identified as transgender or “non-conforming.” In this smaller group, just 38 percent reported their health as good/excellent compared to 67 percent of their peers. In addition, nearly 3 in 5 of this smaller group reported a long-term mental health problem compared to just 1 in 5 of the rest of the group.

And if a doctor doesn’t know a patient’s sexual orientation, how does he or she know what medical screenings to order? And if you don’t know your patient is part of this minority population, how do you know to encourage a Hepatitis A vaccine since the LGBTQ community is at greater risk, or PReP treatment?

Without proactive clinicians, patients can feel it’s up to them to ask their own questions. 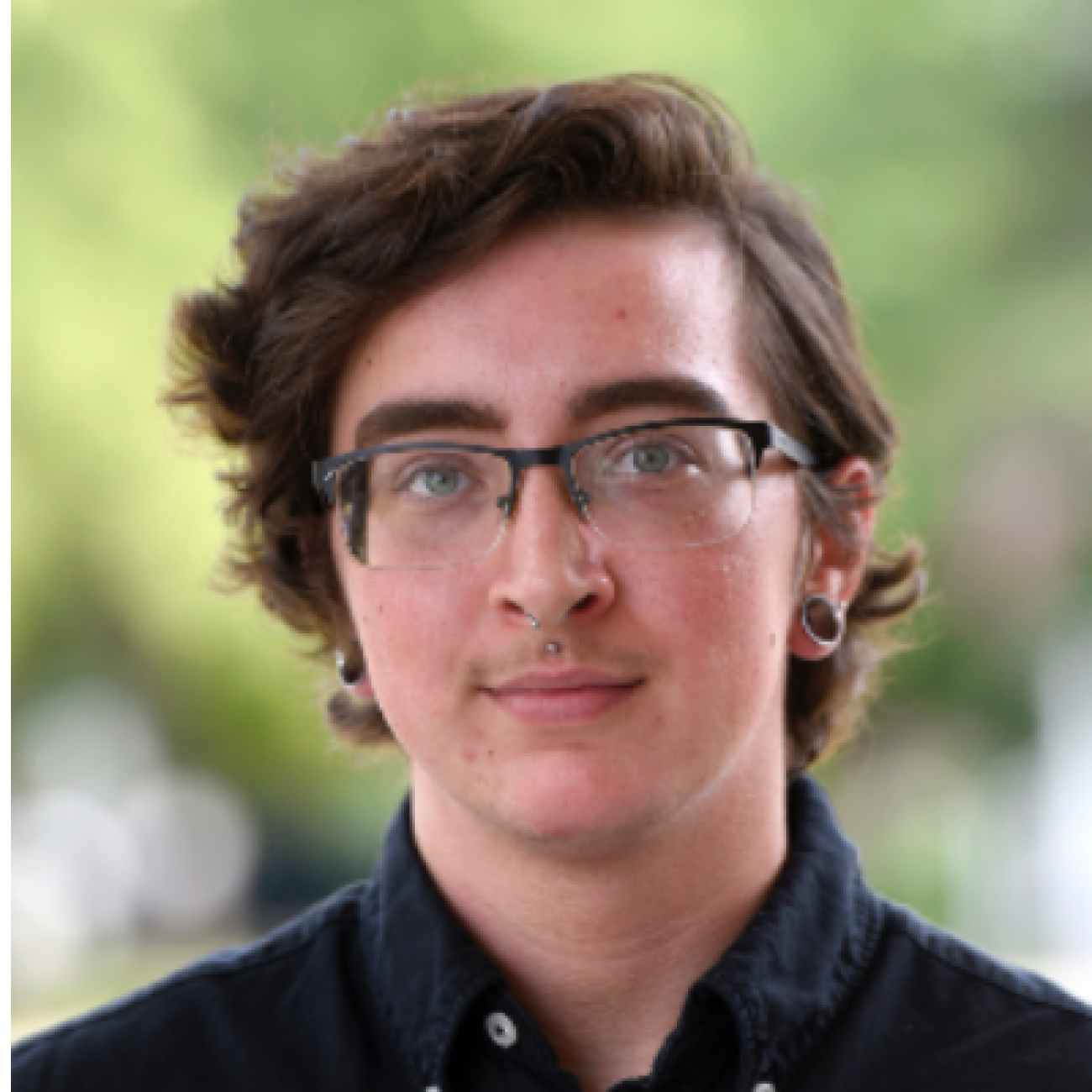 For his part, Singleton said he tried for years to find someone with expertise on hormone replacement therapy to help him transition to a man. He remembers talking by phone with one particularly kind but perplexed insurance representative.

It’s a humiliation that keeps patients from sharing with their doctors critical information about their care, and some will drive hundreds of miles to feel safe, said Dr. John T. Duhn, a Spectrum Health family physician.

“That happens with a lot of transgender patients,”  he said. “They feel that they have to train everyone along the way. They have to educate people on why they choose certain pronouns.”

Because Duhn is gay, he said his Allendale practice draws patients from miles away  – Cheboygan, Bay City, and others. He chuckles: “I’m often referred to as ‘the gay doctor for West Michigan’.”

Back in Lansing, changes in policy and language and attitude — and even of basic awareness of questions left unasked — all come down one of the simplest rules in medicine, said Scott: “As a doctor, you have to know your patient.”

Much of the current outreach effort is guided by lessons learned in the 1980s and ’90s in serving those with HIV - the lessons of how to identify risks, build prevention campaigns, distribute money, assign resources, care for sick patients, and to work around barriers that range from stigma or ignorance to transportation, language or culture.

In fact, Corktown clinic grew out of the Health Emergency Lifeline Program, or HELP, the Detroit nonprofit that since 1986 provided services  – from financial assistance to end-of-life care – for those with HIV, said Yankee. The clinic is in the same building as HELP.

“We have this unique opportunity to use what we learned in HIV care and treatment and ask ‘How can we use this knowledge and apply it to a larger issue of working with LGBTQ people in health care?’” he said.

One of those lessons is that training shouldn’t be limited to doctors in a small specialty. Rather all physicians - from family practice to dermatologists to surgeons - should understand the unique health challenges of their LGBTQ patients, said Dr. Diane Levine.

The curriculum will mean that new medical students will go from “about two hours” of focus on LGBTQ health in the classroom, to about two dozen hours, she said.