Robert Gordon, the state’s top health official and the recipient of GOP complaints, acknowledged the widespread pain and anxiety caused by the coronavirus and the state’s aggressive restrictions to stop it. But in morning testimony in Lansing, Gordon argued that the key to returning students to classrooms, opening up more businesses and restoring the economy is controlling “the deadly disease that is rampant in our state.”

“The stress is from living with a virus that is out of control and that is causing our loved ones to end up in hospitals and lose their lives,” Gordon said. “The mental health challenge right now is a challenge that has persisted, and it’s gotten worse because the virus has gotten worse.”

“If we can get the virus under control, how much better will all of us feel? How much of a relief will it be not to worry about the safety of ourselves, our children, our parents?” Gordon said.

Trying to curb a surge in cases in mid-November, Gordon’s MDHHS ordered a three-week shutdown of indoor service at bars and restaurants, closed high school classrooms and reduced capacity at retail stores, among other actions.

The order is effective through Tuesday.

Issuing statewide restrictions isn’t easy, he said; decisions are based on “multiple factors” such as case trends, positivity rates, hospital capacity, conversations with hospital leadership, measures of mobility and trends in other states.

Gordon declined to say whether the state will extend or change the order, but he made clear that virus concerns remain high.

“With the levels of spread that we have in Michigan right now, there is no way to make people sitting around the table, close together and with masks off for an extended period of time a safe activity,” Gordon said.

When pressed by Rep. Matt Hall, a Battle Creek Republican, Gordon said, “We will report decisions when we make decisions.” 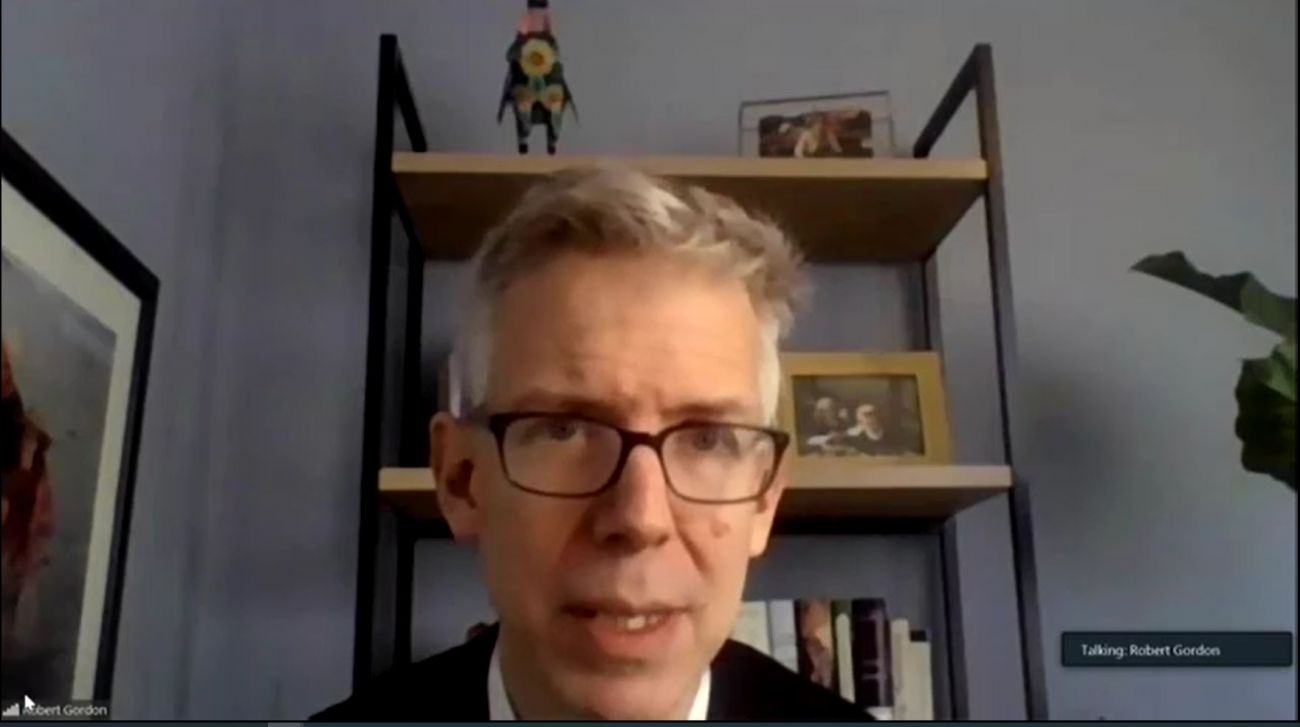 Republican lawmakers Thursday renewed arguments that Gov. Gretchen Whitmer’s administration has not fairly balanced COVID case totals and related data against other critical variables that sometimes are less measurable, such as increased anxiety or lost learning as schools are closed to in-person classes.

The legislators, on the Joint Select Committee on the COVID-19 Pandemic, questioned Gordon Thursday on why some businesses were forced to close while others were not. And they wondered why — since children appear to be less vulnerable to severe COVID infections — in-person learning has been shut down in some schools.

Under an earlier agreement between Whitmer and Republican lawmakers, decisions on whether to hold in-school classes or teach students remotely during the pandemic were generally left to local school districts. But in his three-week November order, Gordon temporarily closed high schools to in-school learning, citing a crushing wave of new infections.

“I'm tired of you playing with our kids’ lives,” Sen. Kim LaSata, a Republican from Bainbridge Township, told Gordon. Decisions about in-person learning should be left up to local districts and parents, she said.

She asked Gordon how many children had died of COVID-19 in Michigan that were otherwise healthy. Gordon responded that the larger problem isn’t the health threat posed to children directly, but their capacity to spread the virus to more vulnerable adults. 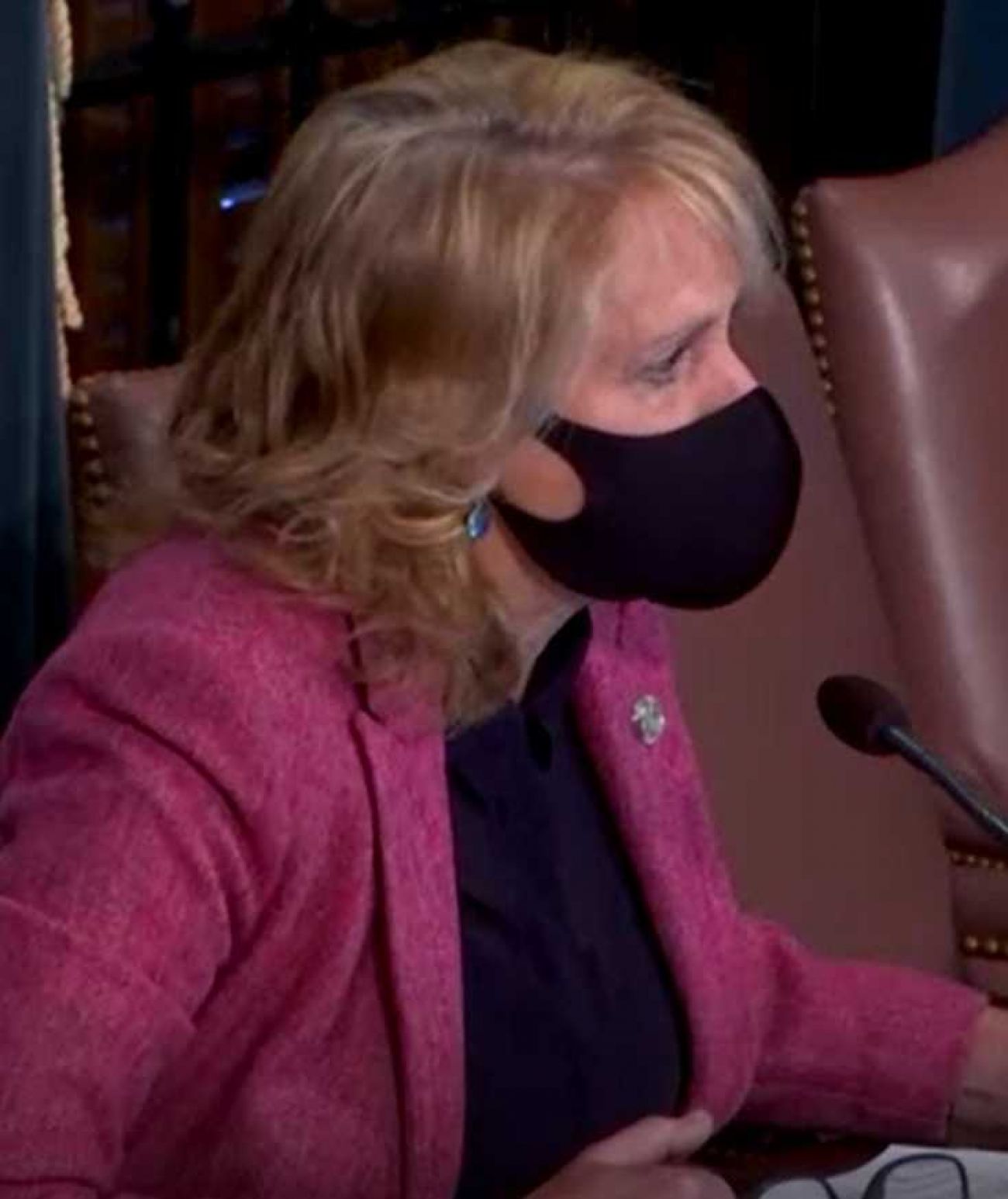 Gordon agreed with LaSata that “reopening schools should be our priority.” But he also challenged her — as Gov. Whitmer has challenged Republicans — to support a state mask mandate as a way to continue in-class learning more safely.

LaSata said she would not, arguing that the state shouldn’t police such efforts.

“So you have lots of science and data, but you don't know how many people are killing themselves?” O’Malley said.

Gordon said the state is tracking other measures of mental health, such as visits to emergency rooms for opioid use. He did not elaborate on the data, but agreed that the pandemic has taken a toll on mental health.

Hall, the Battle Creek Republican, questioned Gordon on the legalities of his agency’s pandemic order — a line of questioning that prompted Gordon’s response: “It sounds like you’re preparing to bring a lawsuit, Representative.”

Hall also later pressed Gordon on the validity of the state’s death data, asking for a more rigorous review of cases that would discern how many deaths were from COVID-19 only and not complicated by underlying conditions. Doing so would build “more trust in the numbers,” Hall said.

But Gordon noted that the state is following CDC guidelines, and that staff who would be tasked with such a data query are the same staff now getting the state ready for vaccine distribution once it is approved.

Hall’s request not only would divert staff from other priorities, Gordon said, but is based on a misplaced distrust: “The premise of the question is that doctors and the CDC are wrong,” he said.

Under questioning by O’Malley, Gordon said the state is not considering making the vaccine mandatory, once one is approved.

“Is the state, are you, looking at or considering a vaccine mandate?” O’Malley asked.