A judge has refused to place Michigan’s ban on flavored vaping products on hold, leaving in place rules that make it a misdemeanor to sell such products starting at 12:01 a.m. Wednesday.

Judge Cynthia Diane Stephens of Michigan’s Court of Claims instead continued a hearing into the request by a vape-shop owner for preliminary injunction until Oct. 8, said Kelly Rossman-McKinney, spokeswoman for Michigan Attorney General Dana Nessel.

She said the judge’s refusal to halt the ban “means we’re saving kids.”

The ruling thrust into uncertainty the state’s vaping industry, which last year created 4,290 jobs in Michigan and contributed nearly $96 million in taxes, according to estimates by Vapor Technology Association, a national industry group.

Marc Slis, the owner of 906 Vapor in Michigan’s Upper Peninsula, had filed the first of at least two requests for a temporary halt to the ban on Sept. 25. His 13 minutes of testimony at the House Oversight committee last month went viral and his court challenge to the ban had given him a leading voice in the resistance to Gov. Gretchen Whitmer’s ban on flavorings in vaping products that contain nicotine.

In a separate court challenge, U.S. District Court Judge Robert Jonker of Michigan’s Western District Court on Monday refused a temporary restraining order requested by Mr. E-Liquid, a Grand Rapids manufacturer that employs about 75 people, according to its court filings. The ban will force the manufacturer to cease production on vape juice, the “backbone of this company and a large majority of its product line,” and force it out of business, it said in its filings.

But in his ruling, Jonker wrote that Mr. E-Liquid’s motion filed “late on a Friday with a demand for relief by noon on Monday would have created a nearly impossible timeframe for meaningful input under the best of circumstances.”

He instead gave E-Liquid 14 days to request a preliminary injunction.

On Tuesday, Slis was heading back home to Houghton after the court hearing in a Petoskey courtroom, where Judge Stephens had turned down his request for a preliminary injunction. “That’s it. I have no reason to open tomorrow. None,” he said of his vape shop. “I’m driving all the way back, and I’m going to go back to my shop and get everything boxed up before midnight.”

Slis had originally filed the complaint before Houghton County Circuit Court Charles R. Goodman. But late Friday, Nessel’s office had requested the case be transferred the Michigan Court of Claims which handles civil cases against the state.

On Monday, Nessel made it clear — in the first two lines of the response to the Slis complaint — that the ban’s higher priority is stopping young people from being lured into vaping.

“Cotton Candy, Bubble Gum, Gummy Bear. Any adult knows that if you want to get a child’s attention, there is no enticement like candy,” Joseph E. Potchen, chief of the AG’s Consumer Protection Bureau, wrote in a 13-page response to Slis’ request.

Whitmer announced plans to make Michigan the first state to ban flavoring in e-cigarettes and other vaping products Sept. 4 after the Michigan Department of Health and Human Services declared a public health emergency. Vaping surged in Michigan schools between the 2015-16 and 2017-18 school years, rising 30 percent in some districts and more than doubling in others, according to state health officials.

Michigan’s was the first of several states to pass or announce bans on flavored vaping products containing nicotine, followed by multiple cities as President Trump announced plans to do the same. The regulatory landscape is shifting dramatically, with congressional hearings moving forward and Juul, the nation’s leading e-cigarette maker, announcing changes in its executive ranks.

Doctors and public health officials are lauding the announcements.

The U.S. Centers for Control and Prevention is investigating more than 800 cases of respiratory illnesses, including a dozen deaths in 10 states, associated with vaping in recent months. Most of the patients reported using e-cigarette products with liquids that contain cannabinoid products, such as tetrahydrocannabinol (THC). Sixteen percent of the sick were under 18 years old.

Public health officials and the U.S. Food & Drug Administration have raised alarms about vaping products — noting the presence of formaldehyde, acrolein, and acetaldehyde, which researchers say cause irreversible lung damage, and nickel, lead, and chromium, which are known to be toxic when inhaled.

Dr. Joneigh Khaldun, Michigan’s chief medical executive, testified in front of Congress, telling the U.S. House Subcommittee on Oversight and Investigations on Sept. 25: “We can no longer stand idly by while this public health crisis ravages our communities.”

Critics of the Michigan ban say a restriction on vaping goes too far by keeping the product from adults trying to quit cigarettes, which kill an estimated 480,000 people a year, according to the CDC.

They also note declining rates of smoking among youth, suggesting youth may choose to vape rather than smoke.

And they point to a more than 200-page report by the London-based Royal College of Physicians that in 2016 concluded that e-cigarettes show no evidence of being a significant gateway progression into smoking among young people.” The report further declared e-cigarettes as beneficial to residents trying to quit cigarettes. 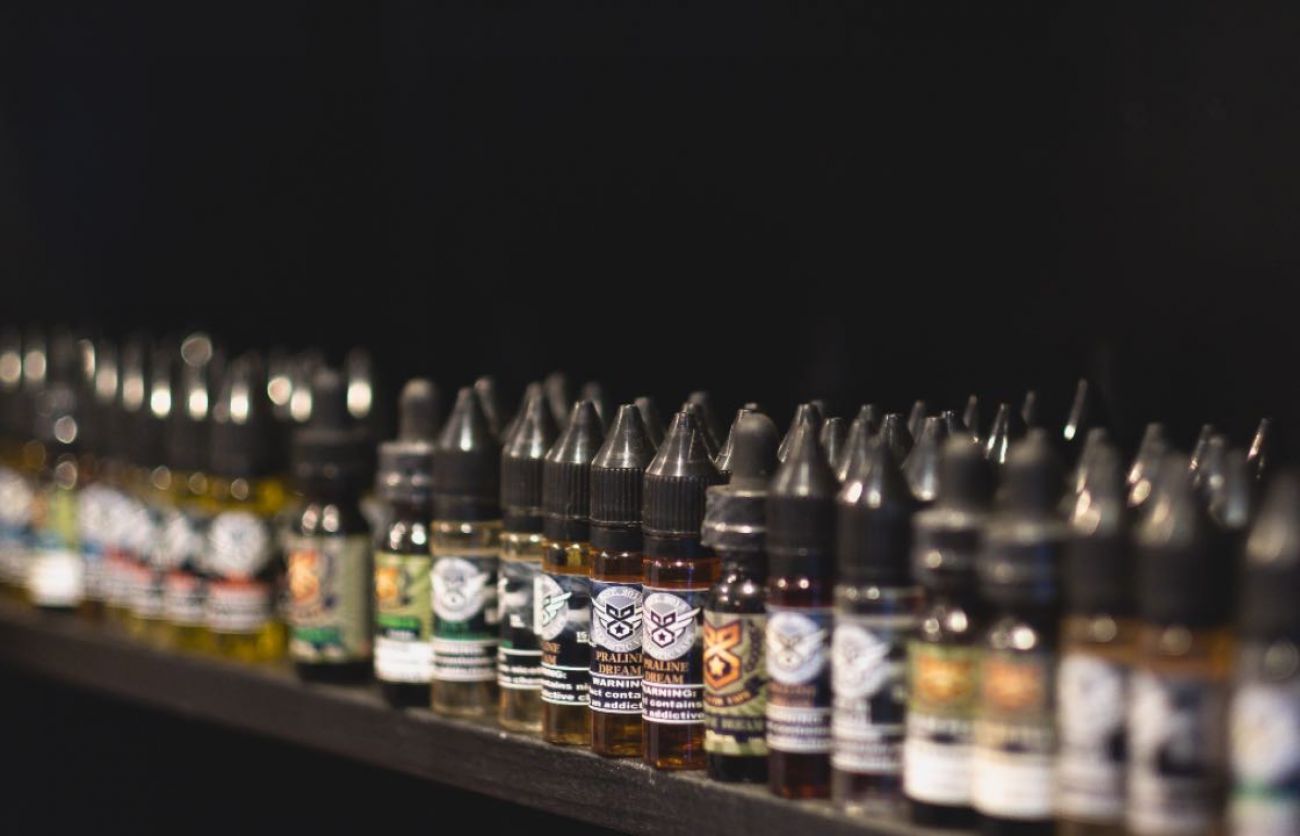 The court ruling Tuesday leaves in place a ban that means Michiganders face up to six months in jail and a $200 fine if they sell flavored vaping products, which shop owners say make up the lion’s share of their sales. The ban, to which retailers must fully comply beginning at 12:01 a.m., Oct. 2, applies to online sales, too.

At the Vape Matrix shop in Monroe in southeast Michigan, owners Gerry and Giusy Spinali last week were selling all flavored vaping products containing nicotine at a 40 percent discount.

“If you want to regulate, regulate. But don’t ban. That doesn’t work and it will put us out of business,” Giusy Spinali said late last week. 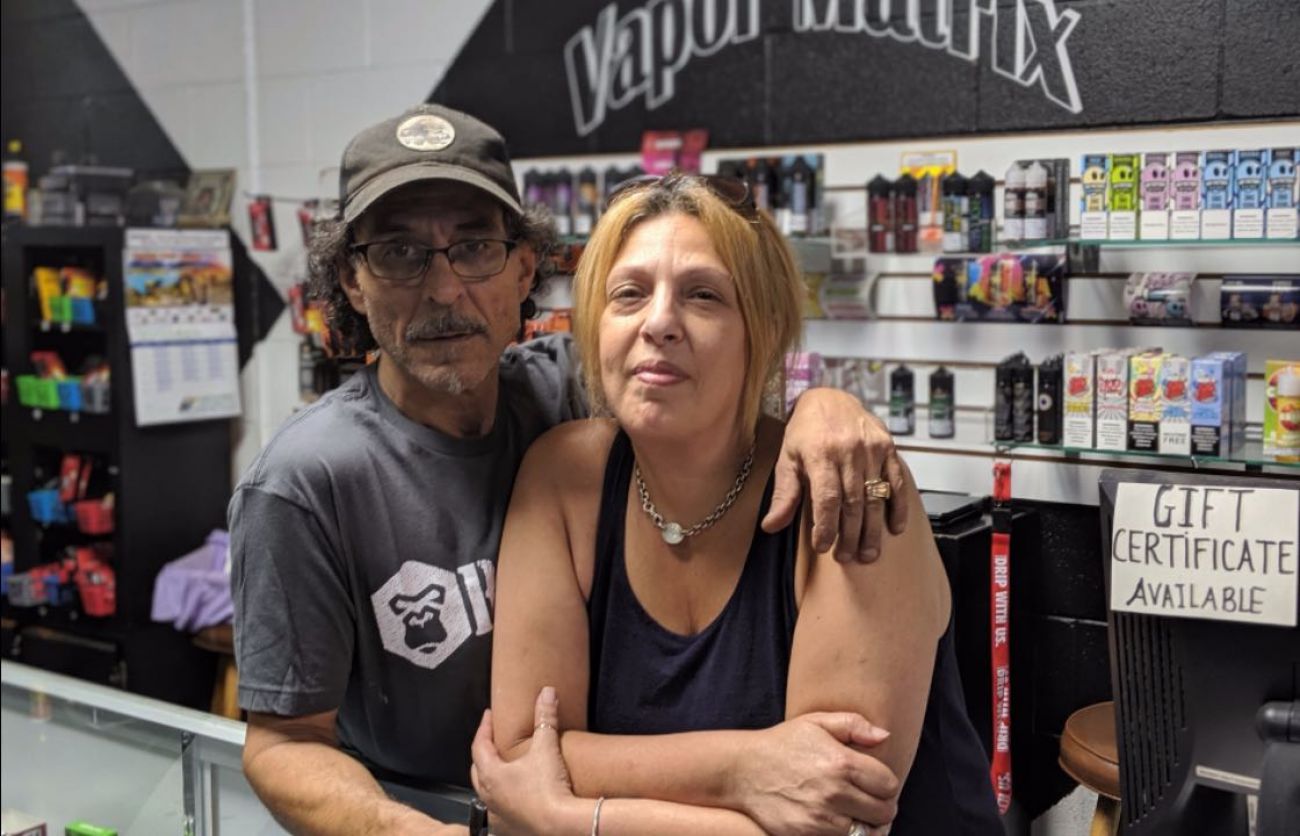 She and others say their businesses are a small but growing part of the Michigan economy. Spinali said they pay sales tax on inventory, maintain a payroll of three that includes their adult son, and make lease payments on their small shop.

“I would like to send our governor our bills,” she said.

In a small shopping small in Lambertville, just two miles north of the Ohio state line, a sign on a front door announces a new store, Premier Vapor. Its Ohio owners had moved in merchandise and were poised to open in September — just days after the ban was announced.

This week, the store stayed dark.

"Everything was on the shelves,” Lisa Muse, a store manager of  Premier’s two Ohio stores, said late last week. “Do we open? Not open? We don’t know what to do.”

“We’re just going to try to take this day by day,” Eric Curtis, owner of Rustic Vapor, which has shops in Marquette, Ishpeming and Escanaba, said after the Tuesday decision.

In just a few hours, about $15,000 of his stores’ inventory would be illegal to sell. He hopes his three stores can survive selling flavored liquids that don’t contain nicotine.

“We’ll have to re-evaluate. We don’t know what the future holds,” he said. 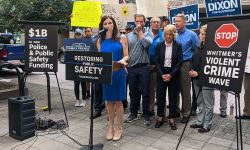 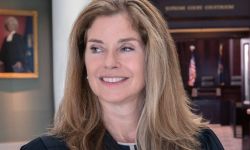