Set free from quarantine and returning to bars or summer parties, young people now fuel the upswing in Michigan’s COVID-19 cases, prompting tough decisions and extra work in industries that employ young adults as well as those that serve them.

People under 40 now make up more than half of all new cases in recent weeks in Michigan — roughly double what was seen before June. And the fastest growing segment are people between 20 and 29.

Health officials said they think they know why: These twenty-somethings were being social this summer, but not necessarily distant. After parties and the bar hopping in recent weeks came a wave of positive tests.

“We saw it — tables being pulled together, people standing in line not social-distancing or wearing masks,” said Lynn Sutfin, spokeswoman for the Michigan Department of Health and Human Services, referring to the investigation at Harper’s Restaurant & Brew Pub in East Lansing, to which at least 170 cases have been tracked

Young people, Sutfin said, are doing what young people do: “eating and drinking and (losing) inhibitions,” a nightmare scenario for public health experts, as recently played out in television and social media posts showing raucous beach party scenes in Michigan.

Now, as the shifting demographics become clear, employers worry about the impact on their businesses while others, like university faculty, fear sharing a classroom or office hours with students a night after a big party.

“It’s an absolute concern,” said Kevin Evans, executive director of the Martha T. Berry Medical Care Facility, a nursing home in Macomb County  which regularly tests employees, some of whom are young.

“You keep educating and you keep educating: ‘What you do (in your personal lives) affects the residents here,’” Evans said. “But you only need one or two people who say ‘Oh, it’s not really a thing.’”

At Central Michigan University, a survey of nearly 400 faculty found that over a third would prefer to avoid face-to-face teaching this fall, said Matt Johnson, head of the union that represents faculty members.

“We know what’s coming,” Johnson said. “We see the writing on the wall.”. 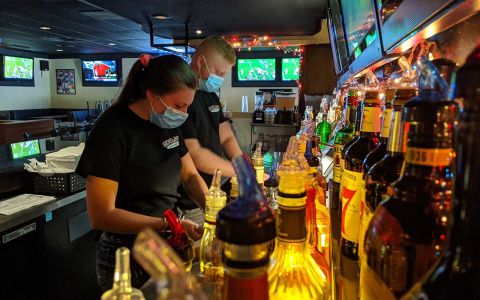 A dramatic shift in who is testing positive

As the coronavirus has swept across Southern states, the national average age those who are infected fell by about 15 years compared to the height of the pandemic just months ago, according to Anthony Fauci, White House Health Advisor.

That same trend has hit Michigan, though case counts — while on the rise — have remained relatively low compared to March and April, when the state had some of the highest case counts and deaths in the country.

Through June 5, people under 30 years old made up just under 16 percent of all Michigan cases. Since then, they comprise 37 percent of infections  — and over 60 percent of cases in the last 10 days.

But without the ability to dictate what employees do when they’re not at work, employers are left to hope for the best. They can tell employees to avoid bars, wear masks and be smart about the virus.

And if they don’t listen? “You could have a business where an employee shuts down your business,” said Keith Allard, who owns the Wikiwiki Poke Shop restaurant in Grand Rapids.

Allard said employers are constantly talking about the inability to find workers — but also the fear that the ones you do hire might not take the same precautions as their employers.

“It was stunning in Grand Rapids last week. Every other day a bar was closing,” he said.

On July 1, Gov. Gretchen Whitmer ordered bars in most of lower Michigan to close again, a move taken in Florida and Texas as case counts soared in those states, largely driven by younger people.

Even before Whitmer’s order, at least six Grand Rapids bars or restaurants announced they were closing at least temporarily because of the virus.

On college campuses, administrators are crafting plans to resume classes in the fall, and every public university in the state has said it intends to allow at least some face-to-face instruction when students return.

“Certainly the trend is of great interest to university leaders, and I’m sure they are factoring this into their plans for the fall semester,” said Dan Hurley, CEO of the Michigan Association of State Universities.

At CMU, Johnson, the faculty union head, said administrators are identifying classrooms that can accommodate students in a socially distant manner. He said he’s been assigned a room that can handle 14 students in a class that has a capacity for 50.

That will mean students will have to rotate who attends class in-person and may only be at class seven times in a given course.

But for some faculty, even once is too many, Johnson said. “We have a lot of faculty that are really fearful,” Johnson said.

Statistically speaking, a coronavirus caseload that skews younger brings with it good news.

Even as the state has seen an overall increase in recent cases (though well below the levels seen in March, April and May,) the number of COVID-19 deaths continues to fall.

On Sunday, the state recorded no deaths at all.

Improved hospital treatments — the use of steroids and anti-inflammatory drugs, among them — have undoubtedly played a role.

But age likely is critical, too. Overall, less than 1 percent of Michigan deaths (59 of just over 6,000 deaths) are people under 40, even though this age group represents over half the population.

What worries health officials is their potential role in, as Fauci said, “propagating the outbreak.” That’s the same fear held by college professors, Johnson said, many of whom are older.

“Think about the parents they live with who are in their 40s with diabetes” that makes them more vulnerable to the virus, said Linda Vail, the Ingham County Health Officer.

Subhead: A trip to Arizona. What could go wrong?

Just north of the Ohio state line in southeast Michigan, Sidelines Sports Eatery & Pub saw first-hand how a single worker can convulse a business, if only temporarily.

On June 27, a worker in her early 20s had just visited a friend in Arizona who had tested positive for COVID-19, according to general manager Jennifer Pokrywki.

The employee was immediately sent home and taken off the work  schedule. When the worker’s test results came back positive Tuesday, the restaurant took to its Facebook page at 12:08 p.m, announcing it would close temporarily to “keep our staff, customers, and families involved safe.”

It’s a step several commenters applauded, thanking the restaurant for its “transparency.” It remained closed over the holiday weekend and hired an outside firm to do a two-day deep cleaning of the restaurant, Pokrywki said.

Any thought of keeping the restaurant open was short-lived, and peace of mind trumped lost business over holiday weekend, she said Tuesday from the restaurant, where sanitizing buckets sat near the bar and register.

“You worry about your business, about staying viable and about paying bills, but you also have to think about what’s ethical and moral and keep the community safe,” Pokrywki said.

At the Berry nursing home in Macomb County, Evans said managers try to make sure employees stay safe on the job — and off it.

But he said that even routine, once-weekly testing among employees falls short of detecting infections fast enough.

“I just got a (positive) test back from nine days ago of an asymptomatic staff member,” he said.

The staff person, whom Evans believes is in their late 20s, had recently attended a family reunion — the possible source of the infection.

“We can’t control what they do outside of work,” she said.

On Monday, Horton held a conference call with the centers to reinforce strict cleaning, hand-washing and masking protocols.

“I don’t believe we could or would” tell employees what they can do on their personal time,” she said. “But we can do what we can inside our walls.” 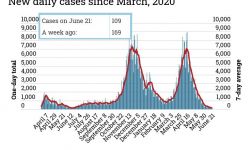 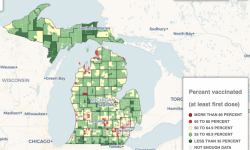