It’s been a long week for Trish Riley as she’s watched the daily increases in cases of COVID-19 connected to Harper’s, her family’s bar in East Lansing.

By Monday evening, the total number of cases traced to the bar had reached 107, involving residents of 13 Michigan counties. The mayor of New York now cites the outbreak as an example of why he’s delaying opening restaurant dining rooms there.

But Riley told Bridge she doesn’t want the testing to stop. It’s important, she said, to understand the scope of the infection among the young adults who rushed back to Harper’s Restaurant and Brewpub when it reopened.

“People say to me, I feel so bad for you being demonized as far as the numbers,” said Riley, who co-owns the bar with her husband, Pat.

“I say we have to get the numbers. If we don’t have the numbers, we don’t know what’s out there.”

The fallout from Harper’s continues to resonate across public health and the state bar and restaurant industry, said Scott Ellis, executive director of the Michigan Licensed Beverage Association.

But he also said that, so far, the outbreak is contained to one location. “Our philosophy is, it’s not blowing up all over the state,” Ellis said.

The biggest concern among MLBA members these days is the potential for Gov. Gretchen Whitmer to close them down again, as she did in March during the first wave of state stay-at-home orders. So far, there is no indication that will happen.

“Gov. Whitmer is continuing to monitor cases and make decisions based on the best data and science,” spokesperson Tiffany Brown said Monday. “As she has said all along, she will adjust as necessary as we learn more about where and how this virus spreads most easily.

“Bar owners and patrons must do their part to mitigate the spread of COVID-19 by wearing masks, maintaining social distancing, and taking all required safety precautions.”

But when patrons are college-aged and determined to party with friends, the challenges may be higher. The share of cases among young adults is growing.

From March 1 to June 5, 16 percent of Michigan’s cases were among people 29 and younger. In the three weeks that followed, that percentage has risen to nearly 31 percent.

Ellis and Riley said students need to absorb lessons from the outbreak as they return to campus.

“We can fear numbers and we can try to hide the numbers by shutting down bars and restaurants, but these kids are going back to small apartments and they’re going to be going to house parties … and they will not be wearing face masks or social distancing,” Riley said.

Attention first focused on Harper’s on June 23, when 14 people with COVID-19 were linked to the hotspot, popular among Michigan State University students. Health officials released daily updates; by Saturday night, the total had soared to 85 cases and has just kept growing.

Of the 107 cases that Ingham County has connected to Harper’s, 95 were individuals who were at the bar. Another 12 tested positive after close contact with one of the infected patrons. The median age is just 21 — 37 are MSU students.

Trish Riley said roughly a half-dozen of those infected with COVID-19 are employees. Some others are familiar to her as customers and students who turn to the 500-seat bar for support with fundraisers and other community efforts.

“I”m so sorry you have it,” Riley said she is telling them, recognizing that many in that age group are asymptomaticor may not consider that they could be carriers.

“It’s important to realize that having it is a real thing now,” she tells them. “What are you going to do in the future?”

She said she wants their answers to include wearing masks, increasing social distancing and washing their hands more often.

A plan, but it’s not enough

The Rileys say they formed a reopening plan, based on advice from health officials, before Whitmer lifted the bar ban June 8. Bathrooms became touchless. Menus became disposable. Staff went through a full day of training in a mask so they’d get used to wearing one.

And paper masks were made available at the door for optional use by customers.

“Some people took them, but not enough,” Trish Riley says now.

She said she and her husband can watch the bar from home through Internet cameras. By the time Harper’s reopened earlier this month, the Rileys were having 2 a.m. calls with managers, looking for trouble spots. They found plenty.

One was a logjam in a doorway when the outside deck area closed, so they set up a new traffic pattern. Riley said she switched to disposable glasses and individually wrapped eating utensils, and realized that workers bussing tables needed additional gloves and sanitizing material.

“Every night you’d see something that you’d want to fix,” Riley said.

Patrons started to cluster at tables, so they bolted some to the floor. Dancing seemed to be an issue, so they “stopped a lot of the dancing … because it was harder to control,” Riley said.

Still, virus cases started to mount, though it does not yet appear that any of the people infected have had to be hospitalized.

That gives Riley hope, she said.

So do the 100 or so emails that she said she’s received offering support to her business. Like many restaurants in Michigan, Harper’s suffered extensive losses from the state economic shutdown, and lost staff as it reopened. About 120 people usually work there, but that’s down to about 63. Many are full-time, about half are new.

Current workers face new safeguards. Staff will be tested twice for COVID-19. And all are told to stay home for at least 14 days as the bar undergoes deep cleaning and more changes before reopening once again.

When that will happen remains unclear. The Ingham County Health Department won’t give Harper’s approval until there’s an “inspection and we get a look at their plan,” health official Linda Vail said Monday.

When that happens, employees will be tested every two weeks, Riley said.

Patrons will find some changes, too. For one, they’ll all have to wear masks inside the bar, except when seated. Riley has some ideas to make it palatable. “Could wearing a mask be cool?” she asks, describing the potential to distribute branded bandanas.

The line to get into the bar is another problem. For every person inside, still more have gathered on the sidewalk outside, hoping to get into a bar forced to operate at at half-capacity.

“I’m not sure we assumed that the line was going to be that substantial,” Riley said. “You had a lot of the student market very interested in being able to go out.”

Pat Riley is working on an online system to reserve places in line that will cut down on people gathering outside. The East Lansing City Council, meanwhile, is expected to consider a resolution Tuesday to give the mayor authority to declare a health emergency, which in turn will allow the city to enforce social distancing on sidewalks.

Ingham County health officials are offering coronavirus testing from noon to 4 p.m. Tuesday on the Michigan State University campus. They’ve also issued a county-wide executive order which, in addition to underscoring the 50 percent law, would limit bars and restaurants to no more than 75 people.

Riley said Harper’s costs for the changes are in the tens of thousands of dollars. That, she added, is not what she’s most focused on as she works to get her bar reopened.

“I’m very interested in making sure that people are safe over people having fun,” Riley said. “It’s important we find innovative ways to still be happy with where you’re going, but be responsible.” 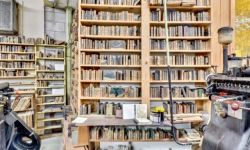 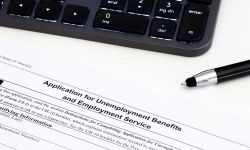 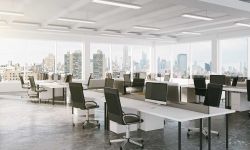