A Michigan native returned to her home state to a red-hot controversial and uncertain role this week — as head of Planned Parenthood of Michigan, the largest abortion provider in the state.

Greear most recently was a spokesperson for Planned Parenthood of Illinois. There, abortion likely will remain legal, even if the U.S. Supreme Court strikes down Roe v. Wade, as expected, and the nearly a half-century of federal abortion protections it has provided.

In Michigan, the future of abortion is uncertain.

A 1931 state law generally bans abortions, but it was unenforceable under federal abortion protections that the Roe case extended. If the Supreme Court strikes down the 1973 landmark ruling, the future of abortion is unclear amid legislative wrangling, court cases and a ballot initiative.

Planned Parenthood, along with Democrat Gov. Gretchen Whitmer, has sued to make abortion rights permanent, arguing that the state constitution extends a person’s right to end their pregnancy.

You recently said your “reproductive health story” began in Michigan.

The first conversation I had about sex and reproductive health care was in high school. It was really short -- probably about 30 seconds long. I remember driving down Nine Mile Road, and it was a conversation with my mother. I know what I had on. I know where I was going, and I even know what song was on the radio: “Whip It,” by Devo.

I was going over to a boy's house to watch TV or something. It seemed like, literally, 30 seconds, and I was like, ‘OK.’

It speaks to what I believe is so critically important — reproductive healthcare and education. Those conversations are hard, but education is so important.

I had an abortion when I lived in Southfield. I was 16 or 17 years old. I  remember saying ‘I want my mother,’ and the (staff) person looked at me and said ‘You're old enough to get yourself in this situation. You don't need your mother.’

It was very isolating and lacking compassion.

That has stayed with me. I want to make sure that everybody that needs our services, no matter what it is — whether it's abortion care, (sexually transmitted infection care), birth control, gender affirming hormone therapy — that they feel that they can bring their whole selves and that they will get that compassionate care.

If the Supreme Court strikes down Roe, say, on a Tuesday, what happens in Michigan the next day?

We knew that this was going to happen. When (former President Donald) Trump was elected, he said that he was going to do this. He positioned the (U.S. Supreme) Court so they would more than likely do this. We are really optimistic that, as this proceeds, abortion will remain legal in Michigan.

We're optimistic that that will happen because of the good work that PPMI has done along with partners at the (American Civil Liberties Union, which filed suit in April with Planned Parenthood to protect abortion rights.)

If the decision comes down and Roe is overturned on a Tuesday, on Wednesday -- because of the (May 17) injunction -- it would remain legal in Michigan, because the court would find that abortion is protected under our state's constitution and our state's civil rights laws.

But there are a lot of moves now to ban abortion - the legislature weighed in this week - so abortion could become illegal in Michigan. What then?

A lot of states with access are working with states that are poised to lose access to figure out how we can work together to ensure that people can still get the care that they need. … To be clear, it's a heavy lift.

Because it is something that we have had to and continue to think about, PPMI would serve as a connector. We would help patients in Michigan find providers in states like Illinois and New York, and we would provide information about (National Network of) Abortion Funds that can help them cover the costs associated with travel and other barriers.

(Abortion Funds) do fantastic work. They really are going to be such an important part of helping patients across the country make their way to get the abortion care that they need.

We continue to work with our national office and other partners to identify opportunities to support patients. The bottom line, quite frankly, is our doors are going to remain open.

Are you looking at redeploying staff?

I think ‘redeploy staff’ is not the correct verbage. We have other services which we have to continue.

That means working with other stakeholders to create those pathways for that patient's journey. 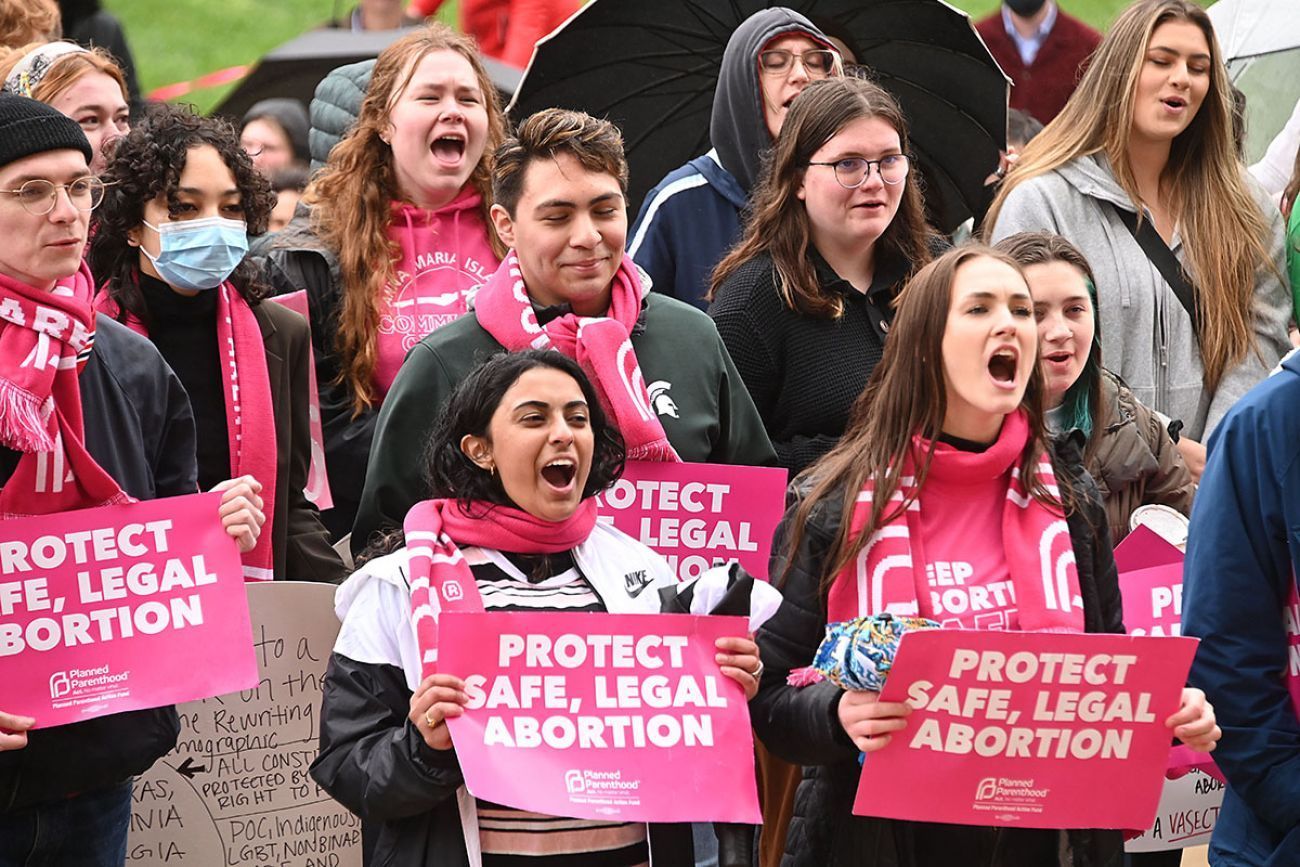 If abortion is illegal, do doctors who perform abortions remain on Planned Parenthood’s payroll?

We are really committed to every single team member that works at PPMI. The path forward is really predicated, again, on those partnerships. There's so many different onramps to partnerships in order to serve the patient's needs.

But again, (we are) really committed to every single team member.

If abortion is illegal in Michigan, could Planned Parenthood still provide the pill?

If (abortion) were to become illegal in the state of Michigan, I believe that would also pertain to the abortion pill.

Planned Parenthood recently announced the “launch of gender-affirming hormone therapy.” Why did you decide to offer that care?

We were talking earlier (in this discussion) about the barriers that have historically faced people. Access to care for gender-affirming hormone theory has been sadly lacking — that’s putting it rather mildly. To be able to provide that service to the people that need them is huge.

Our goal is to tear down every single barrier that we face. We want to be there for everybody.

When we, for example, talk about access to abortion, that just doesn't impact cisgender women (women who were identified female at birth). Anybody with a uterus can have an abortion. It's so important as we educate people and break down stigma that we remember that (abortion) includes transgender men, people who identify as non-binary and gender nonconforming (people).

You talk of marginalized populations. You're the first Black woman to lead the statewide affiliate. Does that matter?

Diversity of thought and diversity of experience matter. Representation matters.