In the course of 16 days in April, 11 Felician Sisters at a Livonia convent died. At least five of their deaths were linked to COVID-19. The causes of the other deaths could not be immediately confirmed.

The following information was provided by the Felician Sisters of North America on the 11 women: 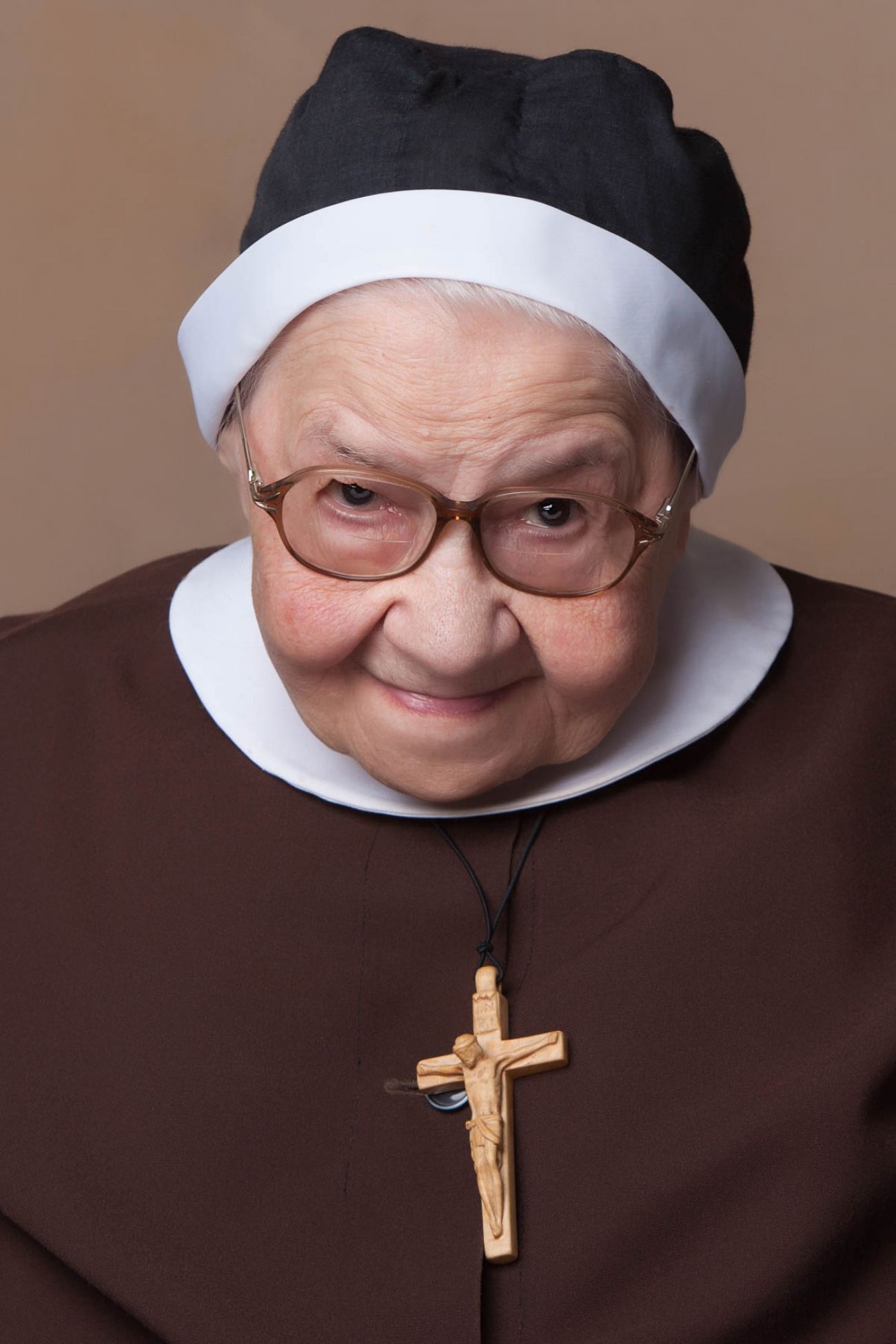 Sister Mary Luiza Wawryzniak was a Felician sister for 80 of her 99 years. A native of South Bend, Indiana, she joined the order after high school, where she served in the convent caring for Sisters and in prayer ministry.

While still a novice, Sister Luiza was diagnosed with multiple sclerosis but would go on to teach primary grades briefly at St. John Cantius in Detroit, substituting at St. Hyacinth in Bay City.

As a resident at the Livonia campus, she assisted with laundry and at its hobby shop and packed bread for the poor. Despite advancing M.S. and a wheelchair, Sister Luiza remained self-sufficient for years and said the Stations of the Cross daily in chapel. She was faithful in sending feast day and birthday cards to the Sisters in the infirmary. 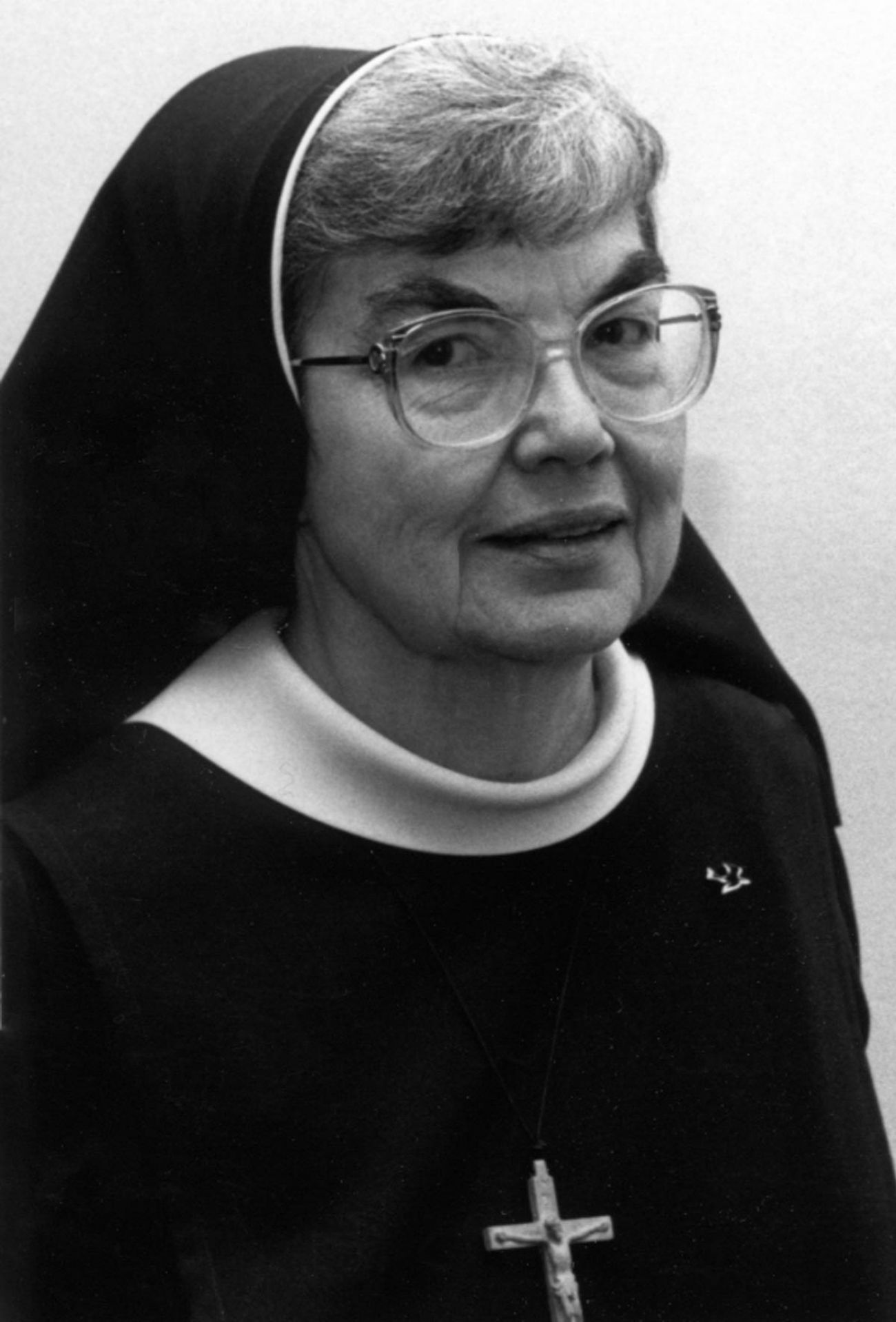 Born in Detroit, Sister Celine Marie Lesinski was a Felician for 71 years.

Organist, librarian and director of volunteers at Angela Hospice Home Care, Sister Celine Marie had a primary mission of education, having earned a bachelor's degree in English in 1960 from Madonna University, and a master's degree from Wayne State University.

She spent 55 years in education, including 27 years as a librarian at Ladywood High School, Bishop Borgess High in Detroit and at Madonna University library.

She died on Easter. 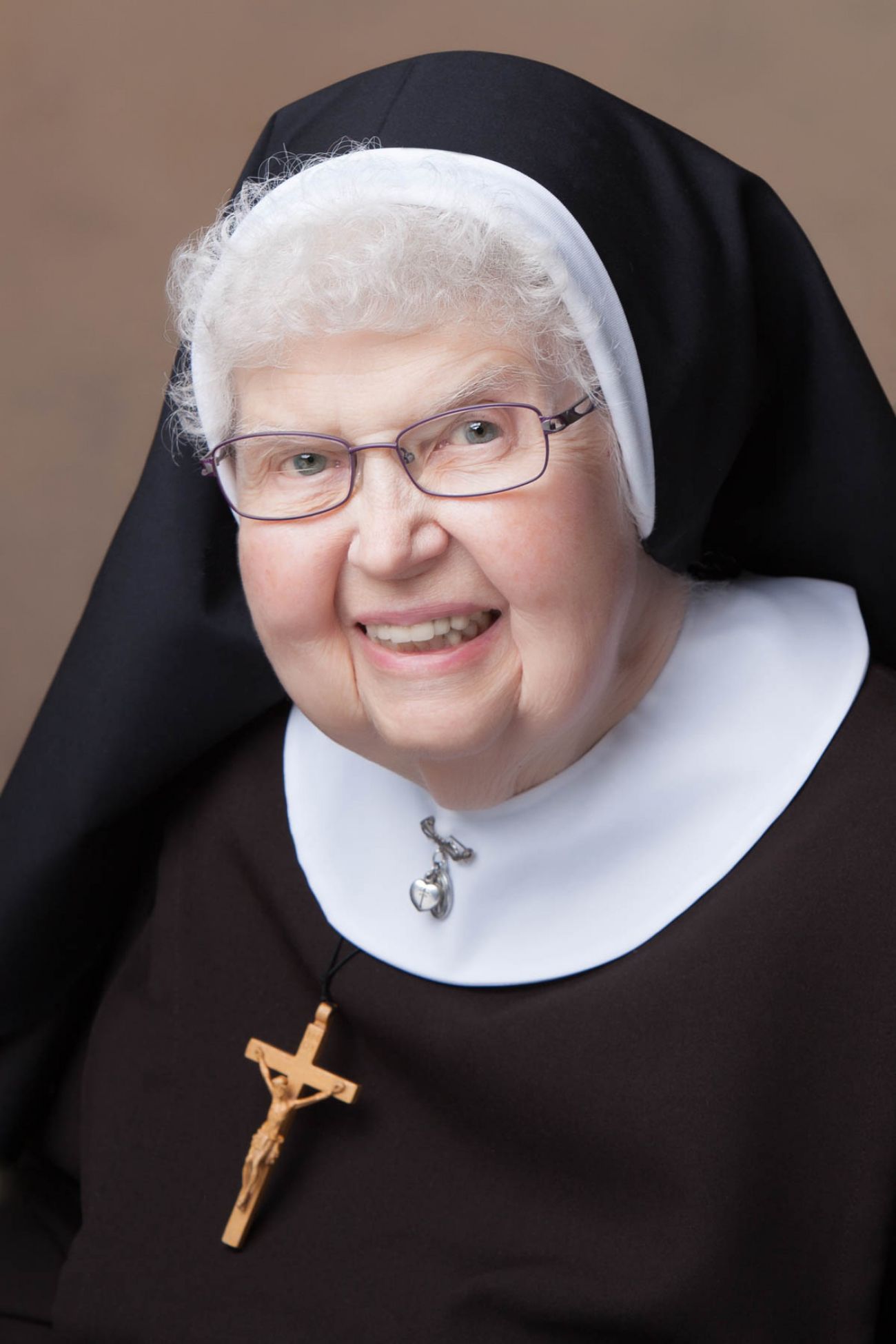 A Detroit native, Sister Mary Estelle Printz formally began her journey as a Felician Sister in 1946, professing her final vows in 1954.

She completed a business degree at Madonna University, with minors in social studies and English. She received a secondary education certificate and a master's of business administration from Notre Dame.

Sister Estelle worked as an elementary teacher, then later as a business teacher in high school, and served as a principal for 14 years. She was a supervisor of the business office at St. Mary Hospital and — after retiring from education — as local minister at the Provincial House. She also worked in its treasury office for 14 years. She formally retired in 2016. 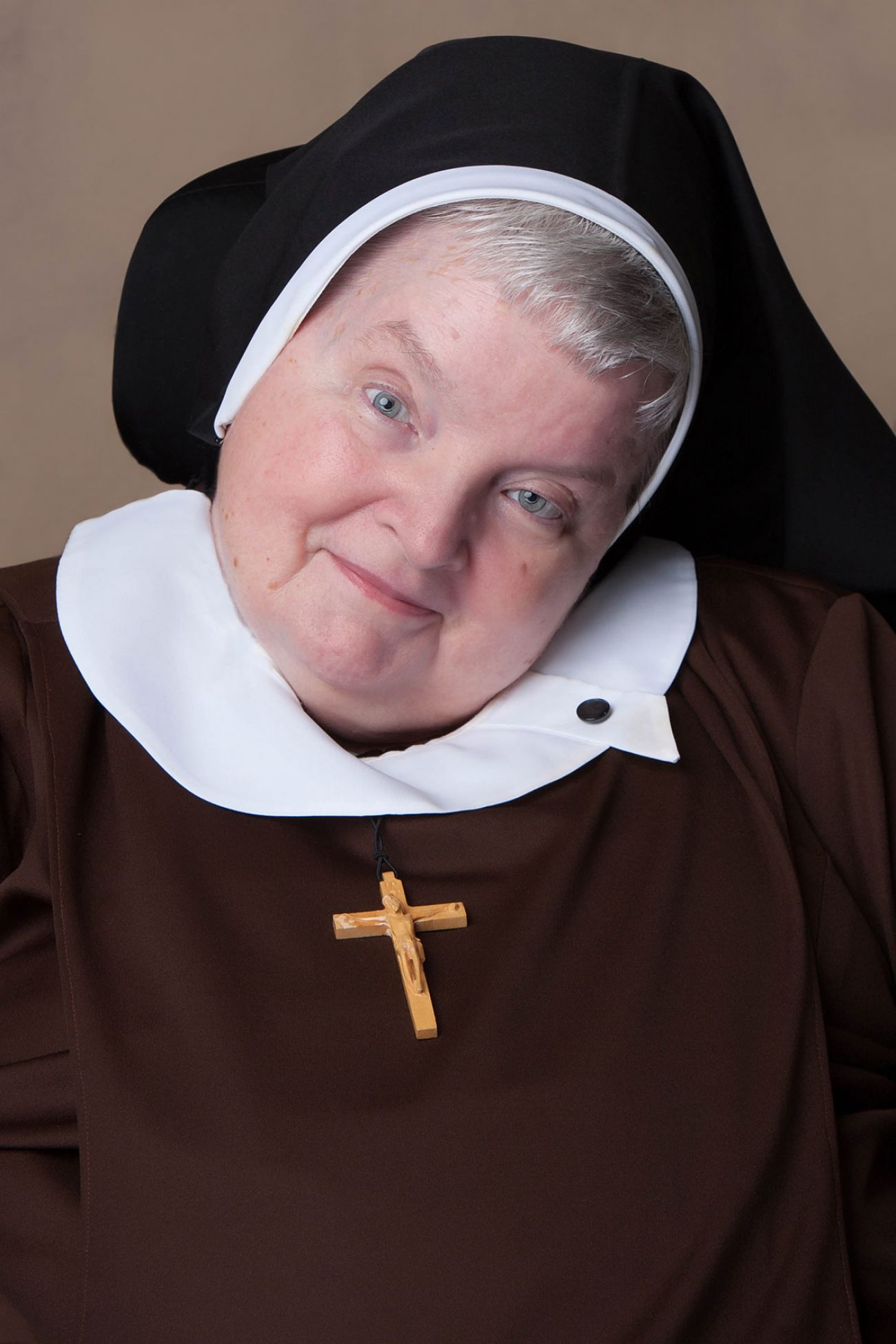 Sister Thomas Marie Wadowski, a Detroit native, was a Felician sister in Livonia for 54 years. She formally joined the Felicians in 1965, professing final vows in 1973. She received a bachelor's degree in home economics and family life and religious studies from Madonna University and a master's degree at Eastern Michigan University.

A highlight of her teaching ministry was a project with the second-graders of St. Damian School in Westland, acting out a commercial written for Campbell’s Cream of Mushroom Soup. Their effort earned grand prize in a “Bring the Campbell Kids to Life” contest by the soup maker. She also taught primary school and worked at St. Joseph Home for Boys in Jackson.

Diagnosed with multiple sclerosis years earlier and facing chronic health conditions, Sister Thomas Marie retired from teaching in 1999 but continued as a library aide at Madonna University. Within the convent, she served as an advocate for other sisters’ needs and provided vigil ministry to dying sisters. 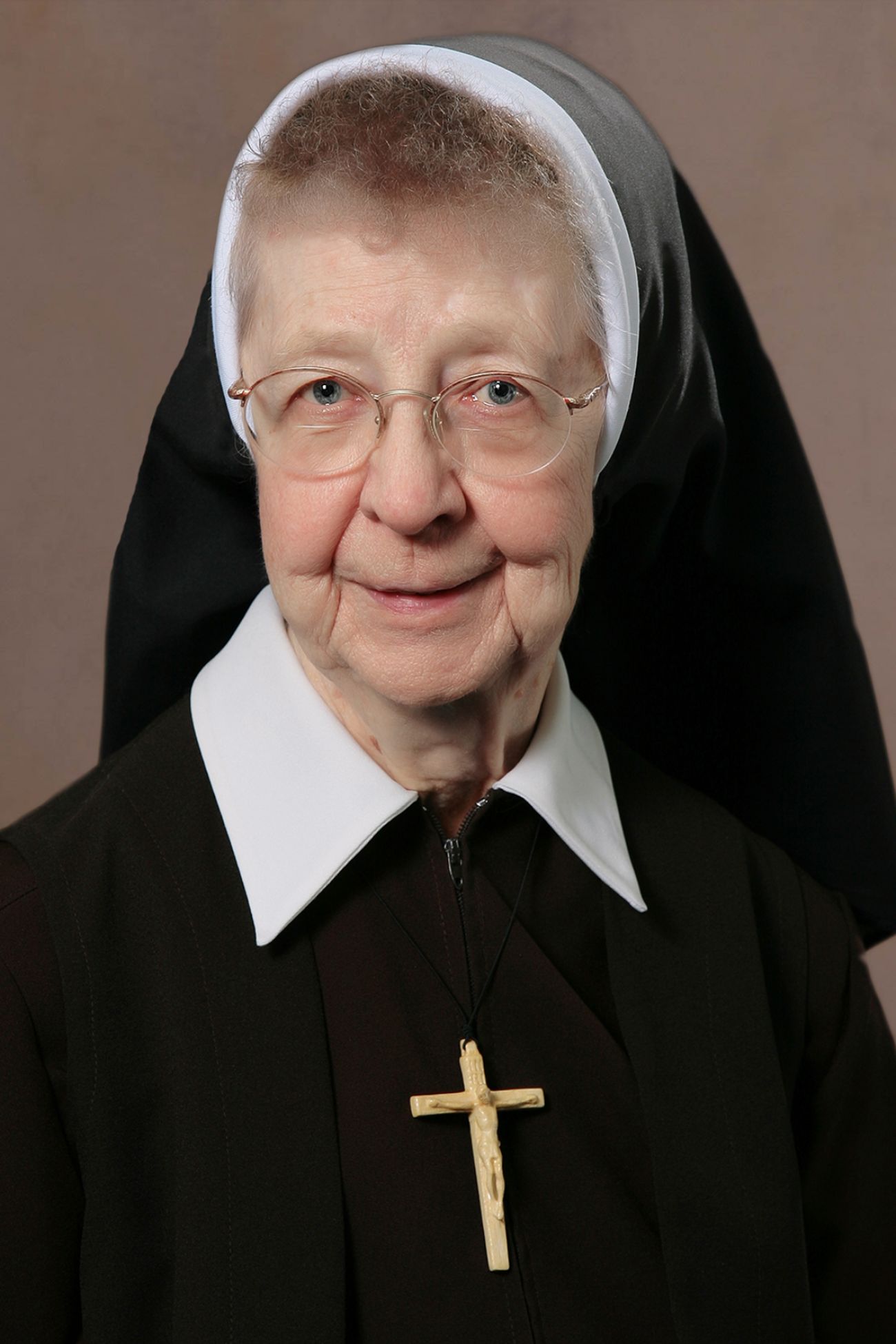 Sister Mary Patricia Pyszynski was an educator for 60 years — serving as an elementary and middle school teacher in 13 schools in Michigan and as a director of religious education.

A Detroit native, she completed a bachelor’s degree at Madonna University and a master's degree in religious education at Aquinas College. Sister Patricia entered the Seminary of the Felician Sisters in Detroit in 1940, pronouncing final vows in 1952. She was a pastoral minister on the campus until 2011. 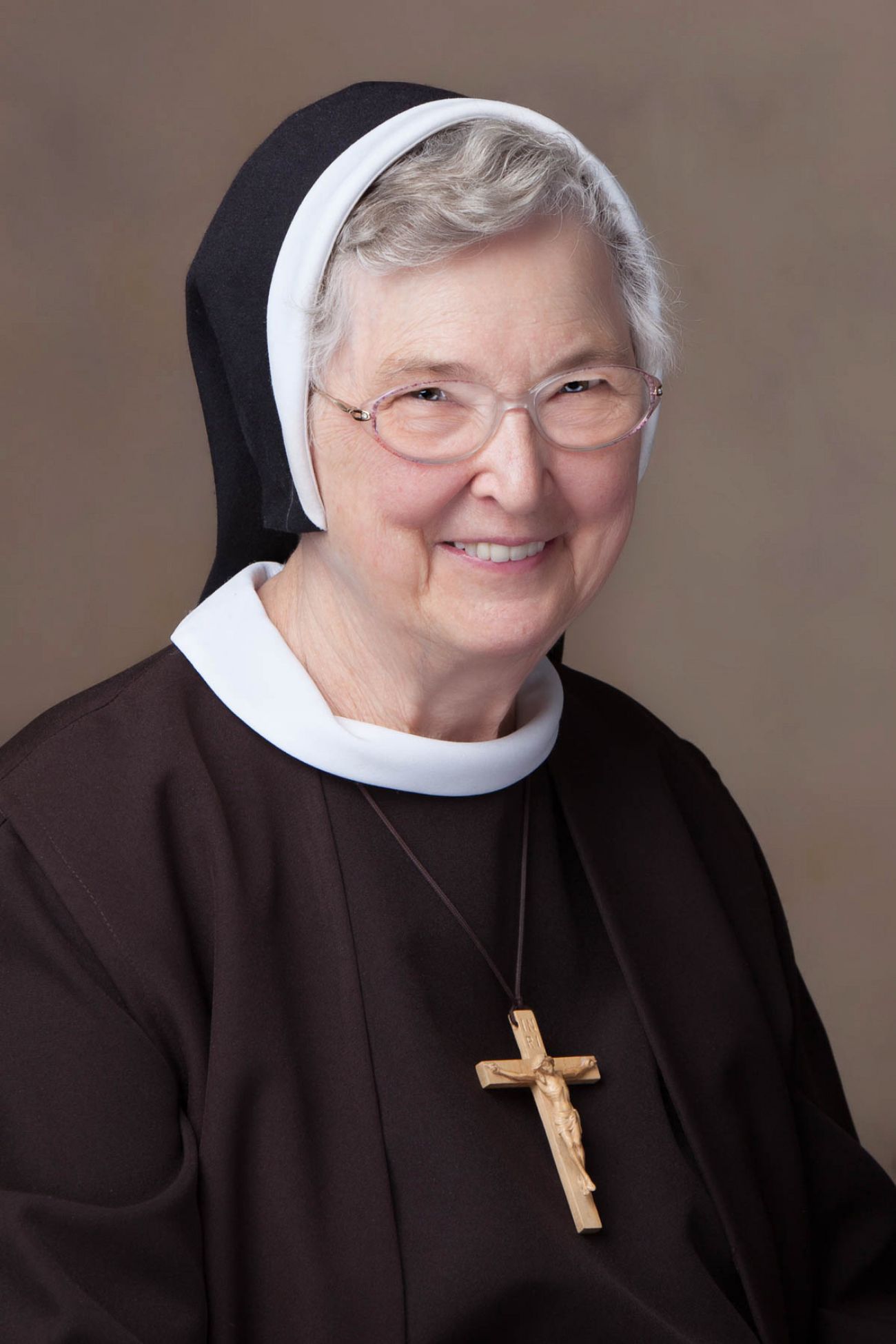 An educator for 48 years, Sister Mary Clarence Borkoski had been taught by the Felician Sisters when she was in elementary school. She made her final vows in 1963. She earned her bachelor’s and master's degrees in education, retiring in 2008.

Semi-retired for years, Sister Mary Clarence became the co-director of the St. Philip Outreach Center in South Carolina,. She later continued to teach and tutor. She was assistant director of the Felician Associate program in Pennsylvania. Arriving in Livonia in 2018, she assisted with the Felician’s Montessori school, listening to the children read and joining in school activities and evening programs. 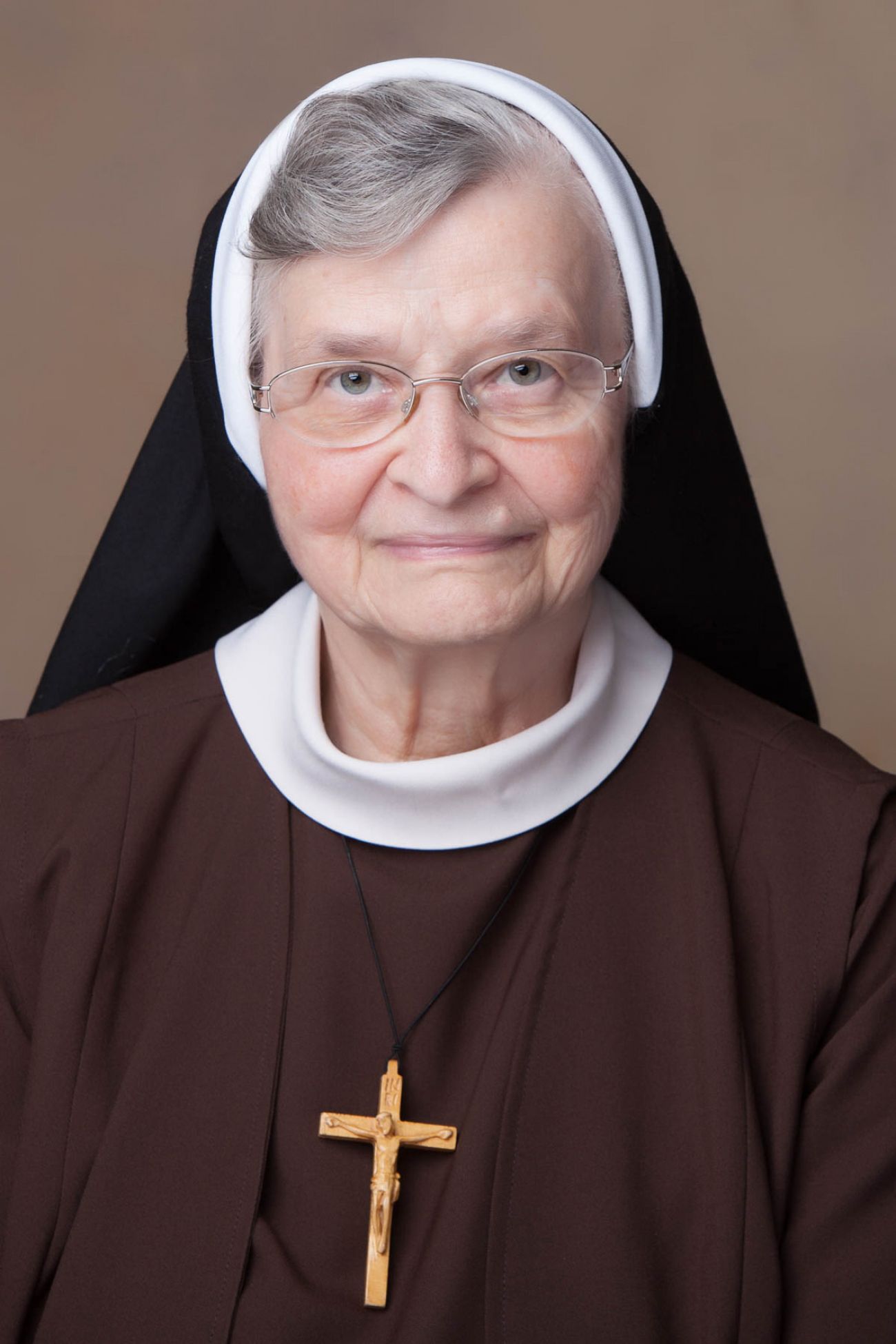 Sister Rose Mary Wolak enrolled at Madonna College with her twin sister, later completing an English degree with a minor in journalism and a secondary teaching certificate. She formally joined the Felicians in 1955, pronouncing final vows in 1963.

She was twice assigned to the Felician Generalate in Rome — from 1989 to 1993 and from 1999 to 2003, serving as secretary in the English section of the Vatican Secretariat of State.

She taught at schools in Livonia and Detroit and was responsible for several yearbooks during her 19 years at Marywood High School in Livonia.

From 1994 to 1999, she was assistant to the registrar and archives assistant at Madonna University. After retiring from education, she assisted in the patient development office in the central convent at the Felician campus, was clerical assistant to the local communicator, and was an aide to the finance office until she retired. 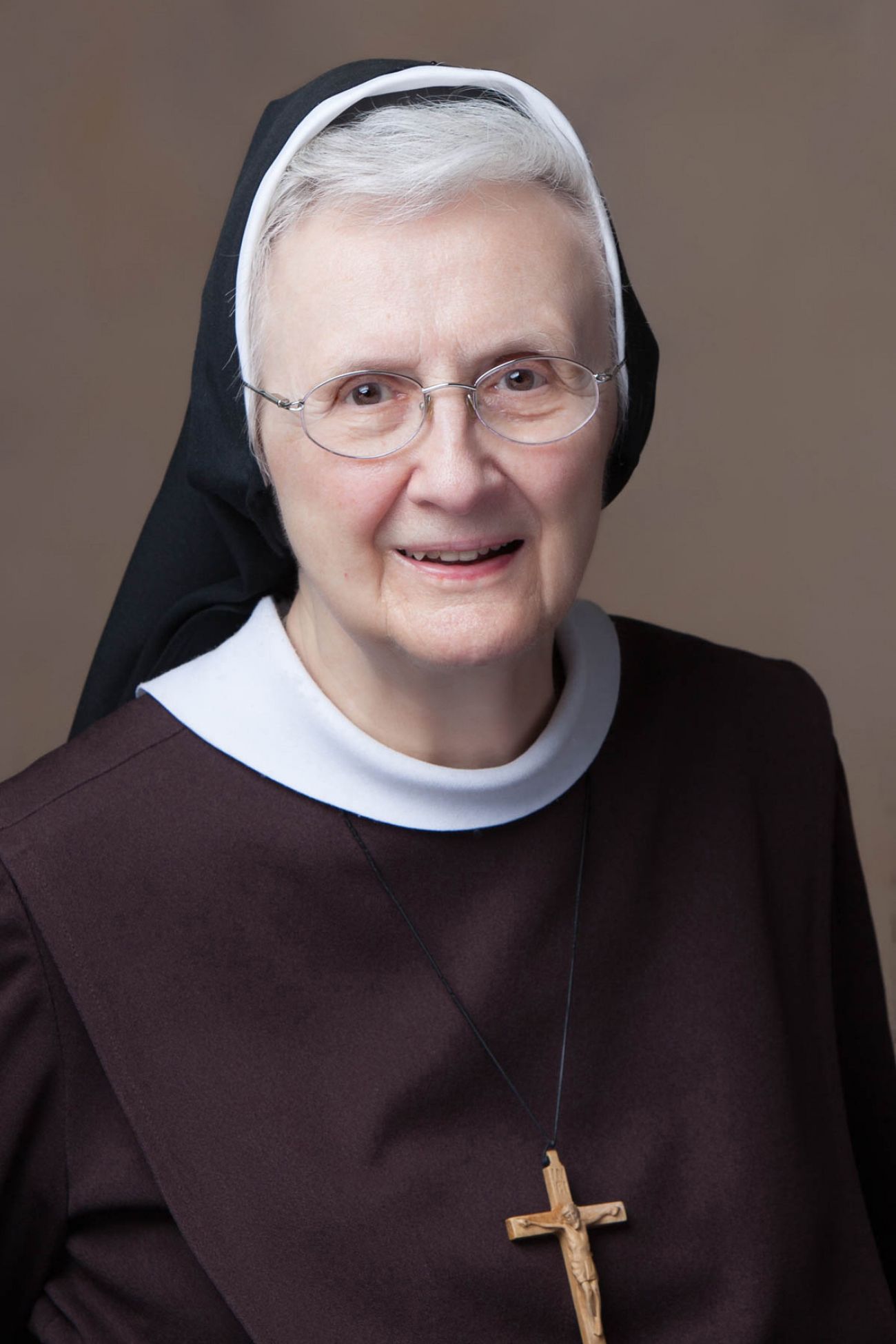 In addition to a life in education, Sister Mary Janice Zolkowski authored the 586-page book, “Felician Sisters of Livonia, Michigan: First Province in America” as she also served as administrative assistant to the president of St. Mary’s College in Orchard Lake from 1978 to 1982.

As an educator, she taught primary and secondary grades at several schools in Detroit, Grand Rapids and Hamtramck. She also taught English and journalism at high schools in Wyandotte and Livonia as well as at Madonna University, where she later served in its admissions, public relations and continuing education departments.

Active in the Polish American Historical Association (PAHA), she wrote about the Felicians and Madonna University in a number of publications. 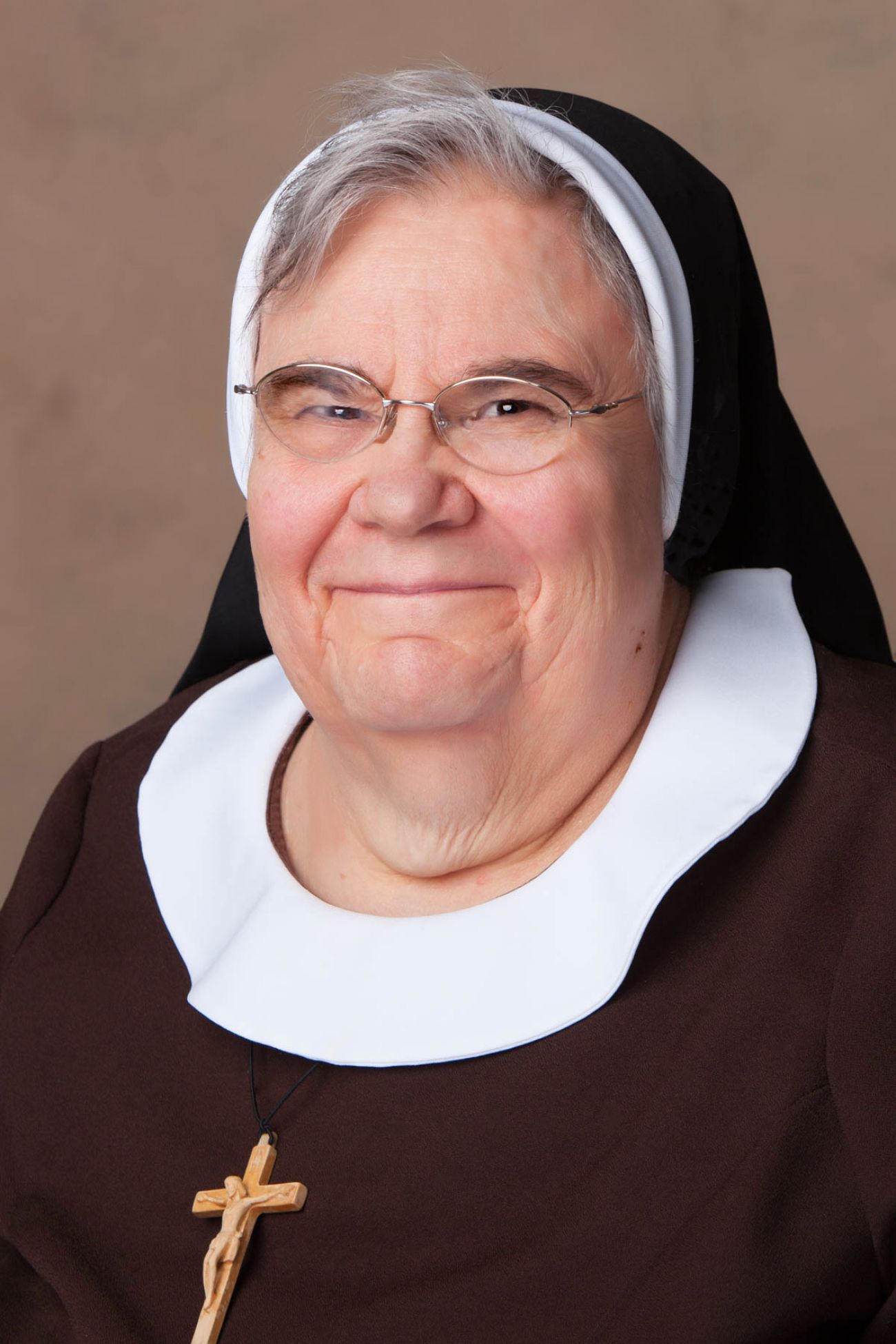 Sister Mary Ann Alice Gradowski was an educator for 36 years, having been taught by Felicians.

She entered the Felicians in 1964, professing final vows in 1973. She earned a bachelor’s degree from Madonna University and a master's degree from Eastern Michigan. She taught primary grades at schools in Wyandotte, Kawkawlin and Detroit, then was principal of schools in Garden City, Jackson, Bay City and Clinton Township.

As principal, she was also involved as eucharistic minister, and was a regular at basketball and soccer games, school dances and parish raffles.

After retiring in 2008, she served as a dining room assistant and in prayer ministry at the convent. 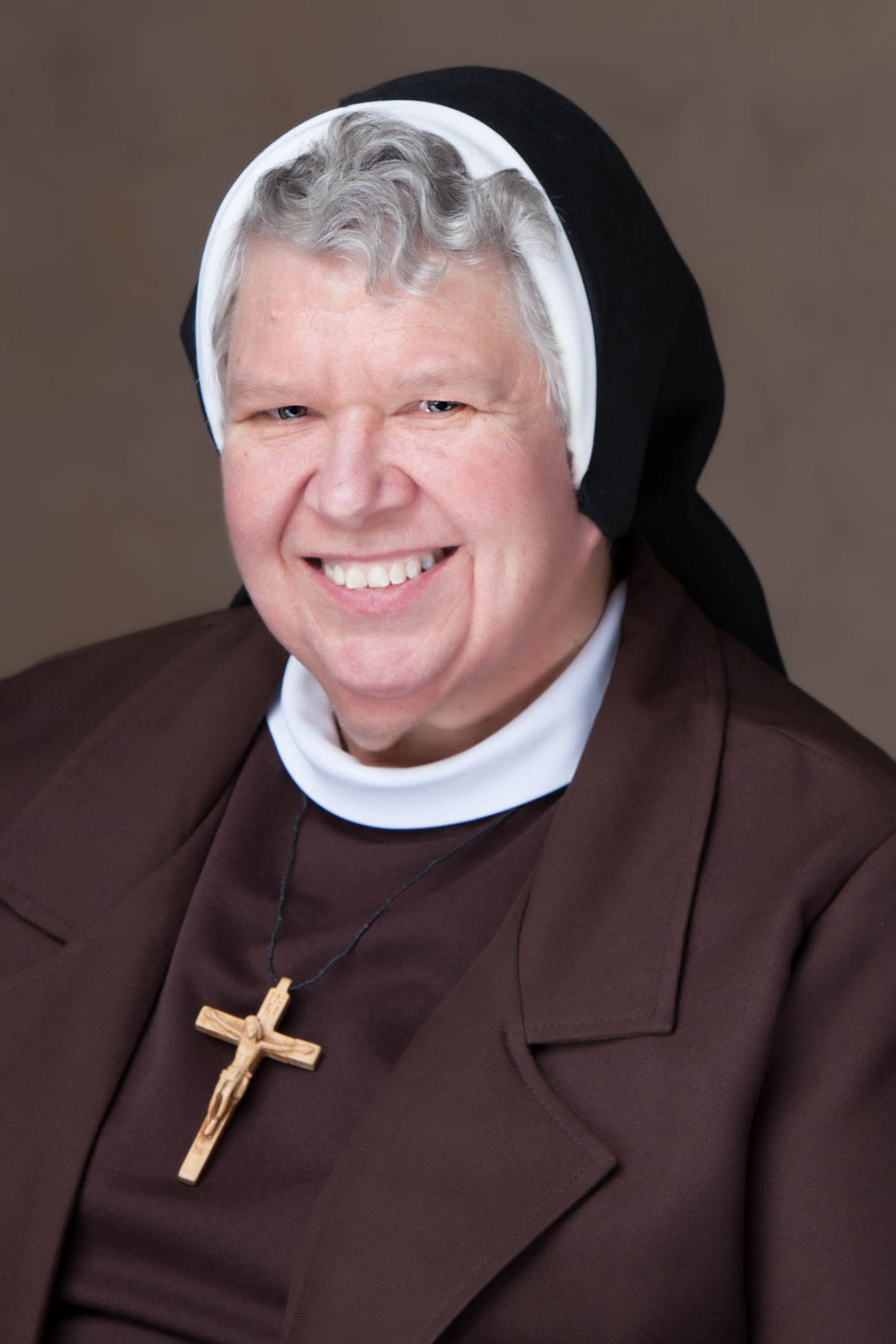 A registered nurse and a professor, Sister Victoria Marie Indyk was devoted to the Felician Mission in Haiti, where she led frequent mission trips of nursing students.

She was a nurse at St. Mary Hospital in Livonia and St. Francis Home for the Aged in Saginaw. She oversaw nurses at the convent and in 1997 joined the nursing faculty at Madonna University, where she was professor in the nursing department until her death. 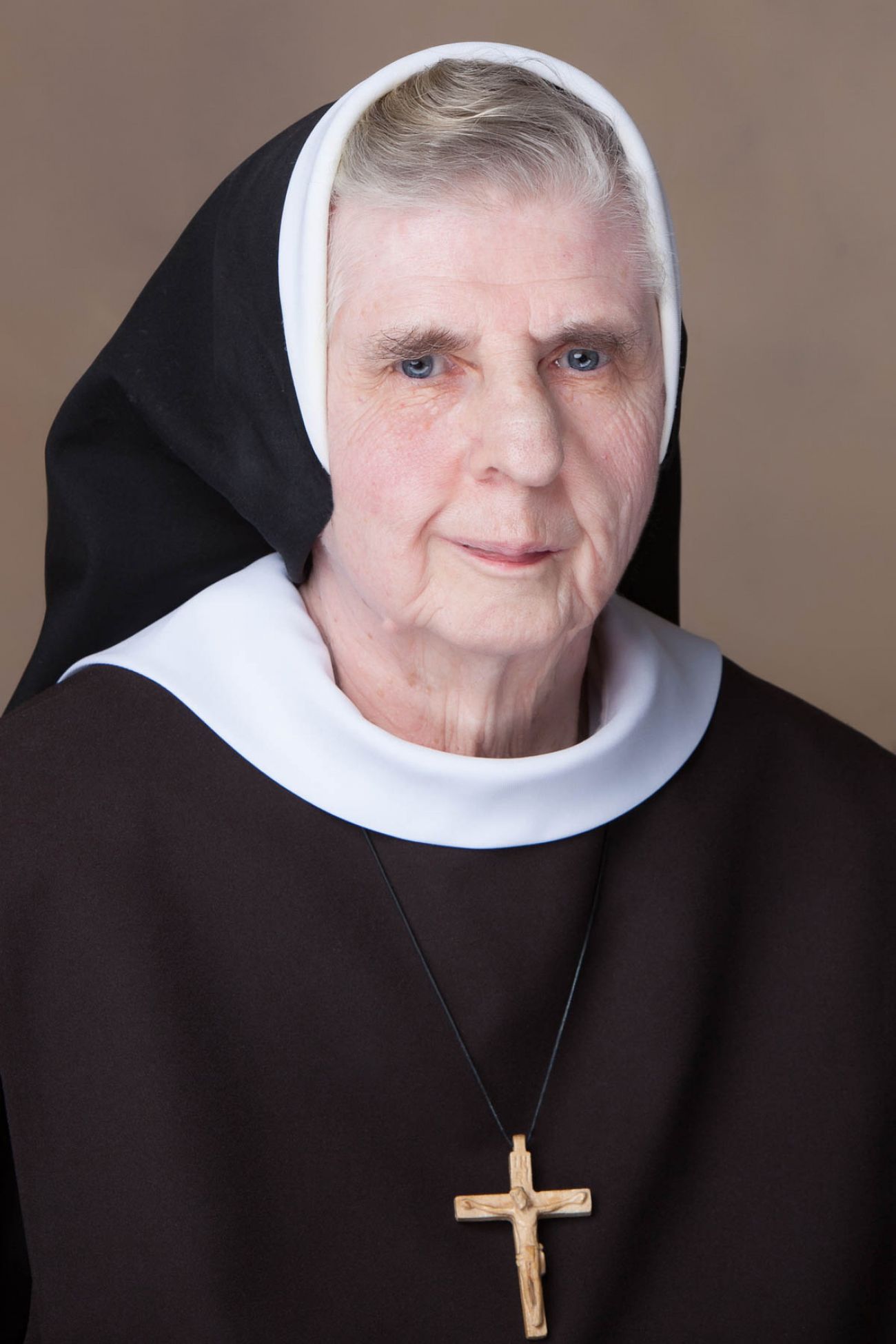 Sister Mary Martinez (Virginia) Rozek taught elementary, middle and high school at several schools in Detroit and, with a degree in French, also taught foreign languages at Madonna. She was principal at schools in Garden City, Detroit and Hamtramck, as well as in Pomona, California.

She earned a master's degree in education in 1967 at what is now St. Mary’s University.

In later years, Sister Mary Martinez taught Spanish and English as a second language in South Bend, Indiana, later continuing her work in Pontiac and Clinton Township, where she taught English skills to Hispanic immigrants after returning to the Livonia convent in 2007.

Originally from Chicago, she attended Felician schools in Bay City, then graduated from the Seminary of the Felician Sisters in Detroit in 1949. She formally joined the sisters, professing final vows in 1957.