A decade after its sale to a for-profit chain sent shudders in Michigan’s health industry, the Detroit Medical Center continues to provide quality care to all, including poor people and the uninsured, according to a new report.

But authors of a report released this month note the future isn’t guaranteed after a 10-year oversight agreement ended Dec. 31, and questions remain about DMC’s ability to remain a safety net health care provider.

The eight-hospital network was sold in 2010 to Nashville-based Vanguard Health System and largely survived because of investments from its owners and the Affordable Healthcare Act, the report’s authors told Bridge Michigan.

“Now that we're here where we're supposed to be, let's not lose what's been accomplished,” said Dick Widgren, chair of Legacy DMC, which was created after the sale and released its final report on the system dated April 15.

The DMC is now owned by Dallas-based Tenet Healthcare, which bought Vanguard in 2013.

Then-CEO of DMC, Detroit Mayor Mike Duggan brokered the deal in 2010; state Attorney General Mike Cox signed off, capping years of struggles by the system that cared for patients regardless of income or insurance.

Five years before the sale, a $50 million bailout from state taxpayers prevented “the closure of several essential DMC institutions,” Stephen D’Arcy, chair of the DMC board in 2010, said in a recent report to Legacy DMC.

The sale led to an $850 million investment in hospitals by its new owners, records show.

Still, in recent years, the hospital system has faced some high-profile criticism, including reports of dirty instruments, failed quality inspections, and lawsuits by its own doctors and nurses.

It severed some long-standing ties with Wayne State University’s School of Medicine. And as COVID slammed southeast Michigan, the hospital made national news with reports of bodies stacked in empty rooms, and as nurses at one location walked off their jobs.

But overall, charity care — the most critical covenant of the agreement, according to Legacy — has remained relatively unchanged, according to Widgren and Joe Walsh, president of Legacy DMC.

The hospital received no “actionable complaints over the last year, despite a hotline for complaints posted in 80 locations throughout the hospitals,” according to the report.

“We never had any real issues with the way Vanguard and Tenet operated charity care,” said Walsh, noting the Affordable Care Act and subsequent expansion of Michigan’s Medicaid program helped finance that care.

DMC released a statement from CEO Audrey Gregory, who said the report confirms that “the DMC has once again not only met but exceeded the commitments made to the people of our region and Michigan.”

It noted the system provided more than $96 million in charity and uncompensated care through September last year and enrolled more than 123,000 previously uninsured people in Michigan’s expanded Medicaid plan.

But Widgren and Walsh, as well as D’Arcy, say they worry about the future with the end of oversight.

DMC can now sell some of its hospitals, and it is no longer legally bound to continue medical education, support research or invest in capital projects, according to the Legacy report, which has been sent to Michigan Attorney General Dana Nessel.

In fact, the entire safety net of hospitals that now serve southeast Michigan is vulnerable because of mergers and purchases, according to a separate and related report by D’Arcy, the former DMC chair.

D’Arcy is now part of the Troy-based Quantum Group, a consulting firm hired by Legacy DMC to negotiate DMC’s charity care policies beyond the 10-year agreement.

In February, Tenet “offered to indefinitely extend the charity care policies that have been in place at DMC since the (sale),” D’Arcy wrote in a final report to Legacy DMC April 6.

But Tenet also made it clear that it wouldn’t do it alone, he said.

And while charity policies exist for each of the systems now, D’Arcy noted the complications from a “rapidly evolving” world of health care.

Each institution can choose to change its charity care mission without public input or oversight.

“While we believe Tenet’s charity care commitment is sincere, it is also necessary to respect the fact Tenet has a primary responsibility to its shareholders,” D’Arcy noted. 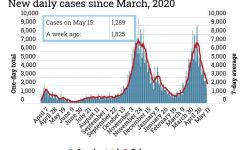 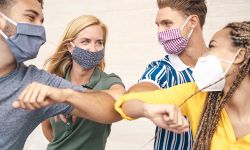