Dec. 17: See where Michigan is shipping coronavirus vaccine, who is getting it

COVID-19 vaccines may have been developed in a hurry, but two months of data suggest they’re safe and even more effective than expected, according to the committee chair advising the U.S. Food and Drug Administration on whether to approve the vaccines.

Arnold Monto, an infectious disease expert at the University of Michigan, on Wednesday called vaccine development efforts to stop COVID-19 “one of the major success stories of the response to the pandemic.”

Monto will chair the FDA’s Vaccines and Related Biological Products Advisory Committee meetings over the next two weeks to assess the safety of two leading vaccines. The FDA will then decide whether to approve the vaccines for the U.S. public.

For years, Monto and his team at U-M’s School of Public Health studied the family of coronaviruses that cause common colds and other seasonal respiratory infections, but which also spawned the more deadly coronavirus that’s behind the COVID-19 pandemic.

Beyond rigorous scientific oversight that involves not only an understanding of and the mechanics of vaccines, there’s another reason to trust the U.S. development and approval process for COVID-19 vaccines, Monto said: “Money talks.”

The global crisis has driven big investment and intense competition among drug companies internationally to ensure vaccines are safe. “There's no incentive,” he said, “for companies to do this unless they're really convinced that they can make money and their vaccine will prove superior.”

During an hourlong, online presentation Wednesday titled “Is the End in Sight? An Inside Look at the COVID-19 Vaccine Development and Approval Process,” Monto discussed the science behind COVID vaccines, as well as safety protocols, side effects and the need for second doses of the vaccines in development.

He also discussed timetables for the vaccines’ rollout (Hint: Children are in the back of the line in priority for getting vaccinated.)

More than 200 vaccines are in various stages of development worldwide, but two appear to be the clear front-runners.

Monto’s FDA vaccine committee’s Dec. 10 meeting will focus on whether to advise the FDA to authorize a vaccine developed jointly by U.S.-based Pfizer and German-based BioNTech for emergency use.

The United Kingdom greenlit that vaccine this week, becoming the first among Western countries to approve a COVID vaccine.

On Dec. 17, the panel will consider a vaccine developed by Massachusetts-based Moderna.

Among Monto’s observations in the hour-long presentation were these:

Warp Speed shouldn’t be a concern.

Vaccine makers have squeezed more than a decade of studies into a year, but the two front-runner vaccines appear safe.

Operation Warp Speed, the federal plan to deliver 300 million COVID vaccines by January, compressed the 15 or 20 years that it normally takes to develop a vaccine into a one-year period, Monto said.

That means studies have been based so far only on about two months worth of data, he said.

At the same time, he argued, the blazing speed of development shouldn’t be cause for concern. 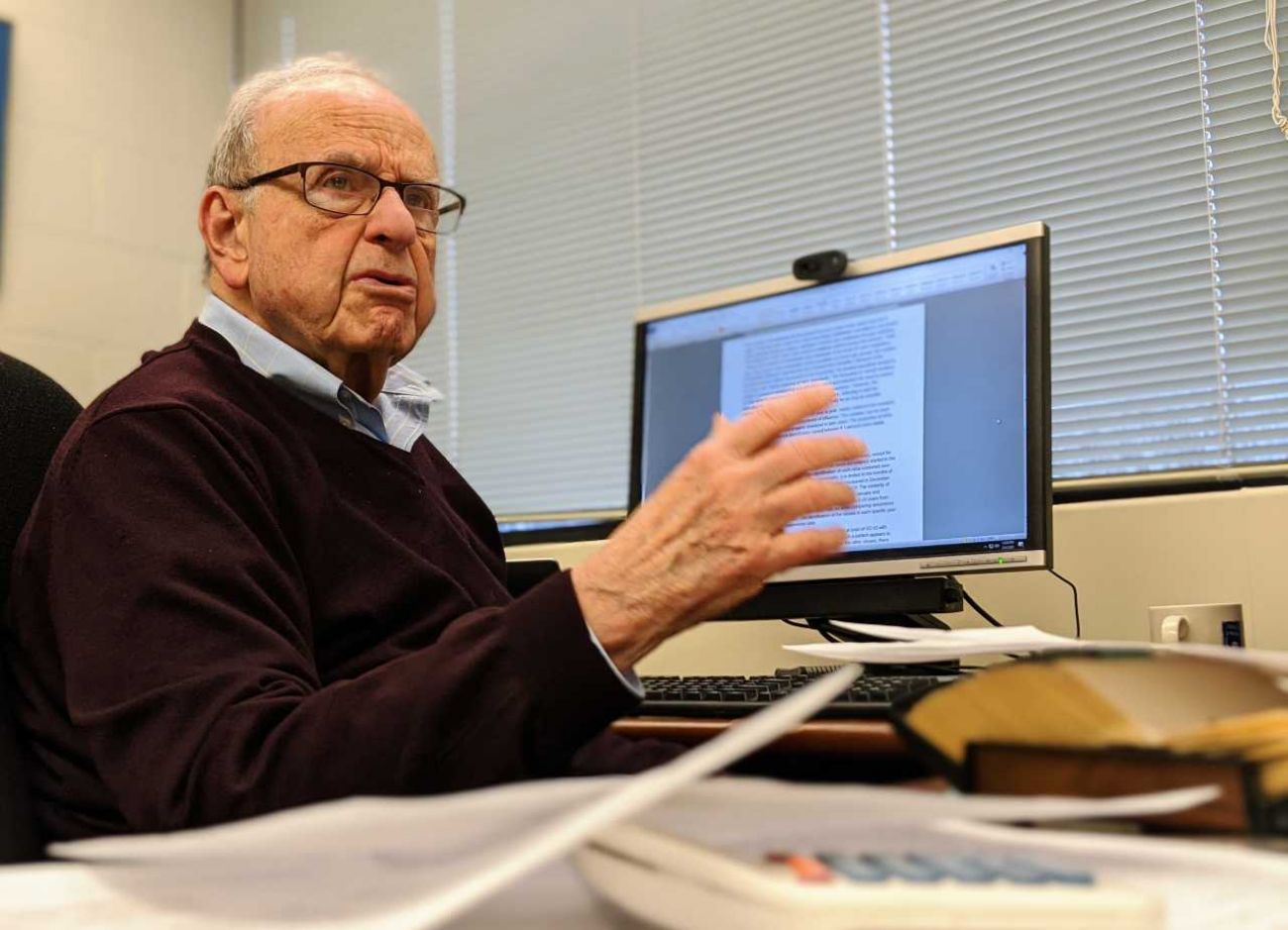 The urgency of the current worldwide pandemic further “telescoped” the process, so that studies that normally run one after another could instead run “parallel” and drugmakers could begin manufacturing potential vaccines even before they’re approved, he said.

What I want to convince you of today is that we are doing exactly what we ordinarily do with vaccine development, but on a shorter timeline,” Monto said.

The leading vaccines are more effective than expected

Pfizer was the first out with results of its Phase 3 study. Among 41,135 study participants who received two doses of the vaccine or the placebo, 170 had confirmed COVID-19 cases. Of those testing positive, 162 had received a placebo, while just 8 were in the group receiving the vaccine.

Of the 10 people who developed severe cases of COVID-19, nine were among those who received placebos.

Results of a third vaccine — developed by AstraZeneca in the United Kingdom — have been less clear. That vaccine likely will be the next in front of the FDA committee, Monto said Wednesday.

More research is needed to determine how long vaccine immunity will last, said Monto and Emily Toth Martin, who with Monto directs the Michigan Influenza Center, one of five U.S. sites that collect flu data for the CDC. She moderated the Wednesday presentation.

“We're going to have to be watching carefully — how long protection continues after all of these vaccines are administered even outside of clinical trials,” she said. 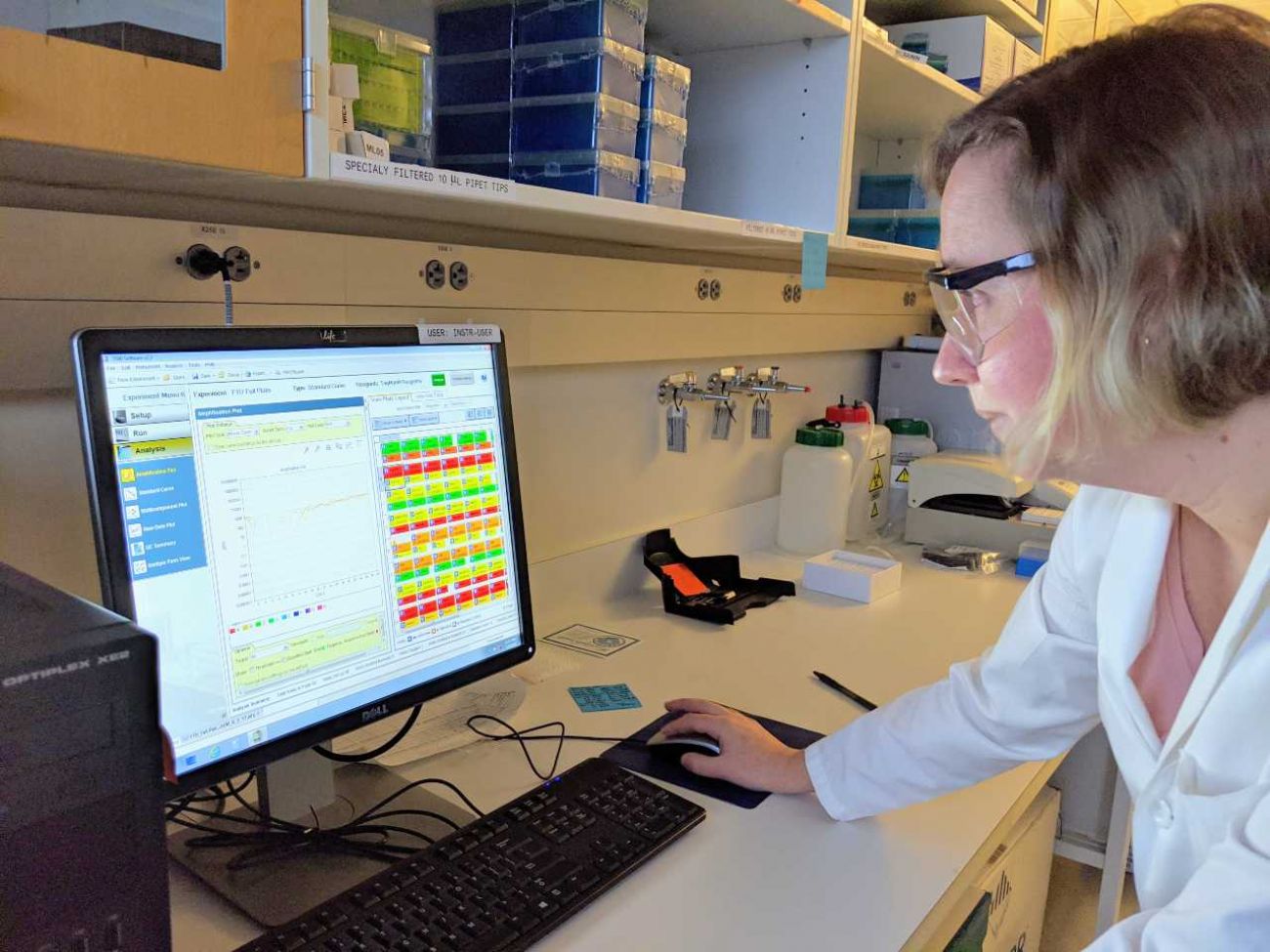 An ‘end in sight’ by spring?

The separate panel, the Advisory Committee on Immunization Practices, which advises the U.S. Centers for Disease Control and Prevention on the use of vaccines,  recommended Tuesday that healthcare workers and nursing home residents be the first in line for the vaccine, followed by other vulnerable populations.

(A Michigan plan lists those vulnerable populations as including people with underlying medical conditions, the elderly, those from racial and ethnic minority groups and tribal communities, people in correctional facilities, the homeless, those attending colleges and universities, those in rural communities, with disabilities, or those who are under- or uninsured.)

If Pfizer and Moderna’s vaccines are quickly approved — followed possibly by AstraZeneca’s or another — vaccines for other populations may arrive as soon as “late winter into the spring,” Monto said.

Children likely will be among the last in line

Even if the vaccines are approved, don’t expect them for everyone any time soon. Studies to date have excluded young children, as it’s unclear whether they might react differently to a vaccine than adults, he said.

In fact, in rare cases, children infected with COVID-19 have uniquely developed Multisystem Inflammatory Syndrome, or MIS-C, which can lead to organ failure. Most cases of MIS-C have been reported before the age of 14, according to the most recent data by the CDC.

“I would predict that, as we go forward, we may well slowly use the vaccines in older children,” Monto said.

Mild side effects, so far

“There are mild, acceptable side effects to these vaccines,” Monto said, mostly aching and fever, but studies will continue as the vaccine is distributed.

“There is no indication that we're going to have any surprises, but obviously, you don't know what's going to happen … Safety monitoring is going to continue,” he said.

Additionally, he said, “this is the first generation of (COVID) vaccines, we may have improved vaccines come up later on.”

Both the Moderna and Pfizer vaccines as well as others in development will require double doses about a month apart. That will complicate the already-complex logistics in getting the shots to the public, but ensures the highest effectiveness, he said.