Masking, social distancing and other safety protocols helped Michigan avoid a feared “twindemic” of COVID and flu patients last year. But a large outbreak of flu at the University of Michigan this week has some health authorities worried the state won’t be so lucky this year.

The University Health Service has reported 528 flu cases since Oct. 6 — 511 in the past two weeks, according to the university.

“Timing wise, it’s not particularly unusual, but … the size of it is just beyond what we typically would expect to see,” said Susan Ringler-Cerniglia, spokesperson for the Washtenaw County Health Department, which includes Ann Arbor.

Ringler-Cerniglia said it’s not yet clear whether the flu is hitting more heavily this year or if more people are getting tested.

“Is there a lot more detection? Were people feeling crummy enough that they sought care (and were tested)? I don’t think we really know that yet,” she said.

“It could certainly be an indication of a more severe season.”

Getting vaccinated against the flu would certainly help, but Michigan is well below its goal of vaccinating 4 million residents. As of Tuesday, fewer than 2.1 million residents had received flu shots, according to state data.

In Ann Arbor, more than 3 in 4 of those who were positive for flu were unvaccinated, according to the university.

The lessons are clear, said Josh Petrie, a professor in U-M’s epidemiology department and an epidemiologist at the Michigan Influenza Lab, which helps the CDC track cases.

“The takeaway here is that people should get their vaccines if they haven't already,” he said.

Comparing flu numbers from one year to the next is not a precise science. Doctors aren’t required to report flu to public health authorities as they are for dozens of other conditions ranging from COVID-19, to yellow fever or the Zika virus. In earlier, pre-pandemic times, many sufferers didn’t get tested for flu, but instead simply endured its symptoms.

So each year, flu cases are an estimate only, based on a variety of surveillance efforts — reports of influenza-like illnesses at hospitals, confirmed lab reports from public health departments, and through the Michigan Influenza Lab at the University of Michigan.

According to the CDC tracking map, flu activity elsewhere in the state and much of the nation remains “minimal.” But there are hints of an uptick. Seven of 10 U.S. regions have begun reporting cases of the H3N2 flu strain in recent weeks. 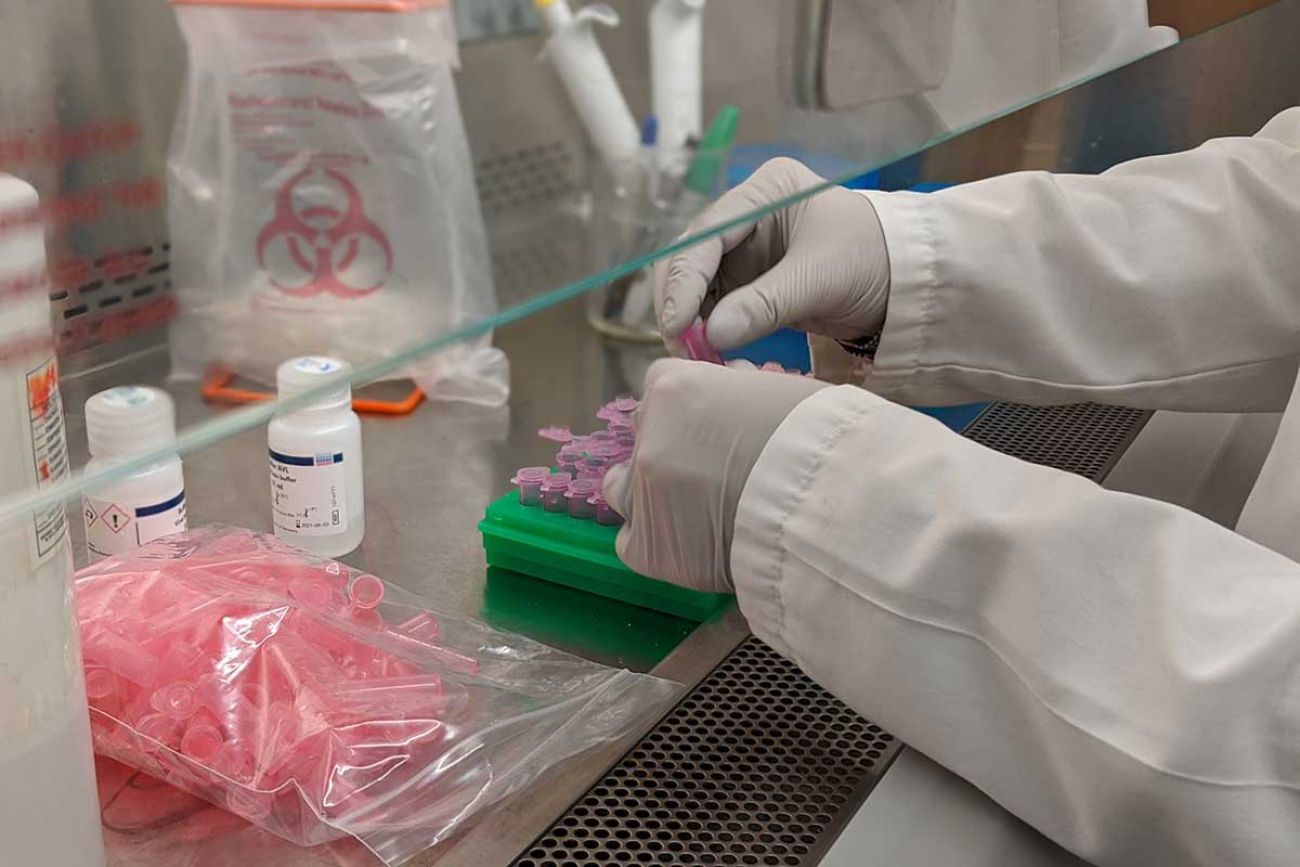 Among the questions in the first flu outbreak of the season is whether the reported rise is an outlier or if it’s more likely the result of more people getting tested because of COVID. (Bridge photo by Robin Erb)

Certainly, the U-M cases are “noteworthy” because of their size and that they registered so early in the season, said the flu lab’s Petrie.

Flu cases were nearly nonexistent in Michigan last year as many residents remained masked and socially distanced, many workers set up home offices, and students throughout much of the state learned remotely. The landscape is very different as the state heads into winter this year.

“When everyone wears a mask, we don’t have flu,” said Dr. Matthew Sims, who leads infectious diseases research at Beaumont Health, Royal Oak. “When no one’s masking, you’re going to have flu again. It didn’t completely go away. It’s that simple.”

Those safety protocols last year shielded communities from low-level virus circulation, which can help children develop a more robust immune response to a virus. Respiratory syncytial virus, or RSV, which usually arrives after students return to school, made an early comeback this summer, for example.

“We didn't really have a flu season last year, and maybe that natural immunity has waned some and, in general, we are more susceptible to a big flu season,” Petrie said.

Still, like Ringler-Cerniglia, Petrie noted that COVID has prompted more testing and that makes comparisons to previous flu seasons difficult.

Given that, the outsized numbers reported already may be “not way outside the realm of normal.”

The CDC was invited to Michigan by the Michigan Department of Health and Human Services, Ringler-Cerniglia said.

The CDC effort — known as Epidemiologic Assistance (or Epi-Aid) — is meant to aggressively address urgent public health problems, and usually lasts one to three weeks.

With data, surveys, and blood and swab samples, the team will try to better understand the outbreak’s origins and whether vaccination for this year’s flu season will hold up to the subtype, H3N2, that is circulating.