Want a COVID test for your Michigan Thanksgiving? Expect… to… wait.

Michiganders trying to get tested for COVID before seeing loved ones at Thanksgiving might find that a collective rush on testing labs will make that impossible.

And if you are lucky enough to get tested, well, expect… to … wait for your results.

The state’s testing capacity is being overwhelmed as the virus spreads “out of control,” Dr. Joneigh Khaldun, the state’s chief medical executive and deputy director of MDHHS, noted at a media briefing Thursday.

“We're incredibly concerned about what was happening with our testing capacity across the state.”

Testing demand has soared as the number of coronavirus cases in the state has spiked and the percentage of tests coming back positive has risen to roughly 14 percent.

Let us hear about your creativity, your concerns, your challenges, your stresses and, of course, your reasons to give thanks. Drop us a line at info@thecenterformichigan.net

Those increases have overwhelmed two of the best tools for tracking and  controlling the virus’ spread: testing and contact tracing. Because of delays, just 28 percent of Michiganders were in quarantine at the time of their diagnosis, Khaldun said Thursday.

“This means that over two thirds of the positive cases are out and potentially spreading the virus to others,” she said.

In Lansing, Sparrow Laboratories, which services hospitals, surgery centers and physicians’ offices in mid Michigan is receiving about 2,800 test kits a day to process, but only has the capacity to process just 2,000, said Dr. James Richard, the lab’s medical director.

That means a wait of five to six days, right now, so Sparrow has changed its procedures. Starting Monday, only those with a doctor’s order can now get tested.

While that ensures people who are feeling ill can get tested more quickly, it is also likely to mean that some asymptomatic cases will go undetected.

Public health officials warn Thanksgiving travelers that even if they test negative, that does not lessen the need to maintain safety protocols when around people outside your household. The tests still produce a significant percentage of false-negatives and even when they are accurate only tell you your status at a particular time and day.

A negative test given five days before the Thanksgiving break tells a student virtually nothing about whether she is carrying the virus when she arrives home. Similarly, even a negative test that is turned around the day before coming home may not yet reflect a recently acquired virus.

Officials urge Michiganders, including college students returning home, to quarantine for 14 days before seeing others to make sure they do not have a coronavirus infection.

“If they haven’t been quarantining, wearing masks, etc., prior to travel then it’s possible they could become infected between the time they are tested and get their results and traveling to a family gathering,” Sutfin, of MDHHS, wrote in an email to Bridge Michigan.

Many public health officials say they don’t expect college students and others to commit to an extended quarantine to ensure safety.

Instead, those hoping for a taste of home cooking or to travel “will rush COVID testing sites like it’s Black Friday,” predicted Richard of Sparrow.

He said one person on his lab staff had just fielded a call from an angry traveler heading to Aruba.

“They were at the airport waiting to get on their plane and they needed that result,” Richard said, adding: “Our phone call staff should get hazardous duty pay.”

At the same time demand for testing is increasing, supply chains are being constricted as labs across the country scramble for supplies.

At Beaumont Health, supplies for tests that offer results in two hours have been cut by 20 percent the past two weeks “as the government has to redistribute some of these test kits nationally,” CEO John Fox, said during a call with reporters Thursday. The Beaumont lab continues to use other tests, but they take longer to process, he said.

That has changed, he noted Thursday:  “The note I got this morning shows that, as of yesterday, we were only able to complete 60 percent of our tests in 24 hours.” 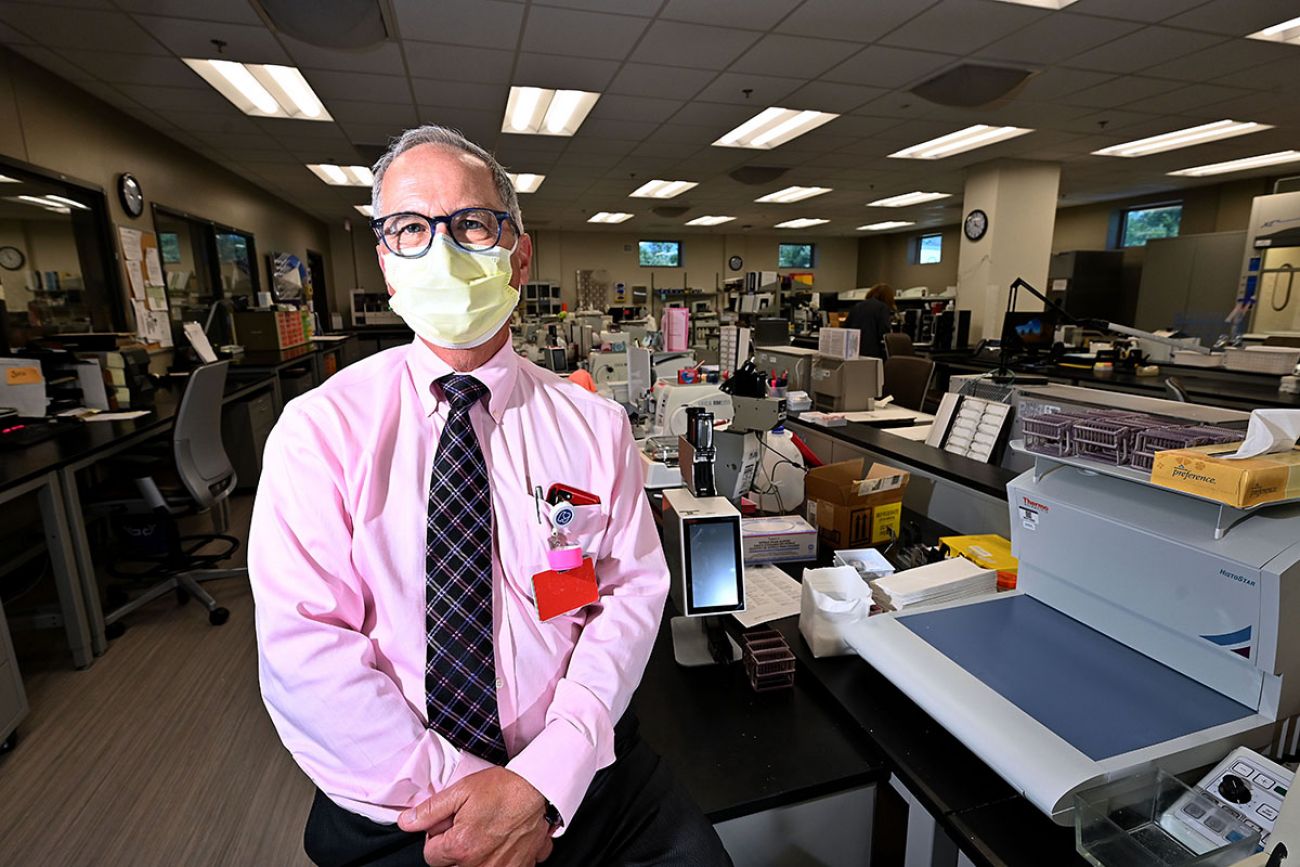 In addition to the surge in demand and the shrinking supplies, there is simply not enough staffers to handle testing demand — from medical professionals who collect samples in clinics and drive-through testing sites around the country to those who run the tests in the nation’s busy labs, Sparrows’ Richard said.

Matt Rogers said he has had at least five tests as a student at Grand Valley State University — three as the campus continues randomly tests students and two at the Walgreens downtown. All were returned in about 24 hours, he said, allowing the criminal justice major to continue working as part-time security staff at an alternative high school.

Rogers said he hopes to get tested again before returning home to Saginaw for the holidays.

"I have a big family, and I don't want to bring anything home to them," he said.

"I've been fortunate so far," he said.

The university has worked with Holland-based Trident Labs to increase university testing from 2,000 to 5,000 tests a week through next week, Sanial said.

It will also offer increased testing for the smaller number of students that will return for the few remaining in-person classes that will run between Thanksgiving and Christmas break. 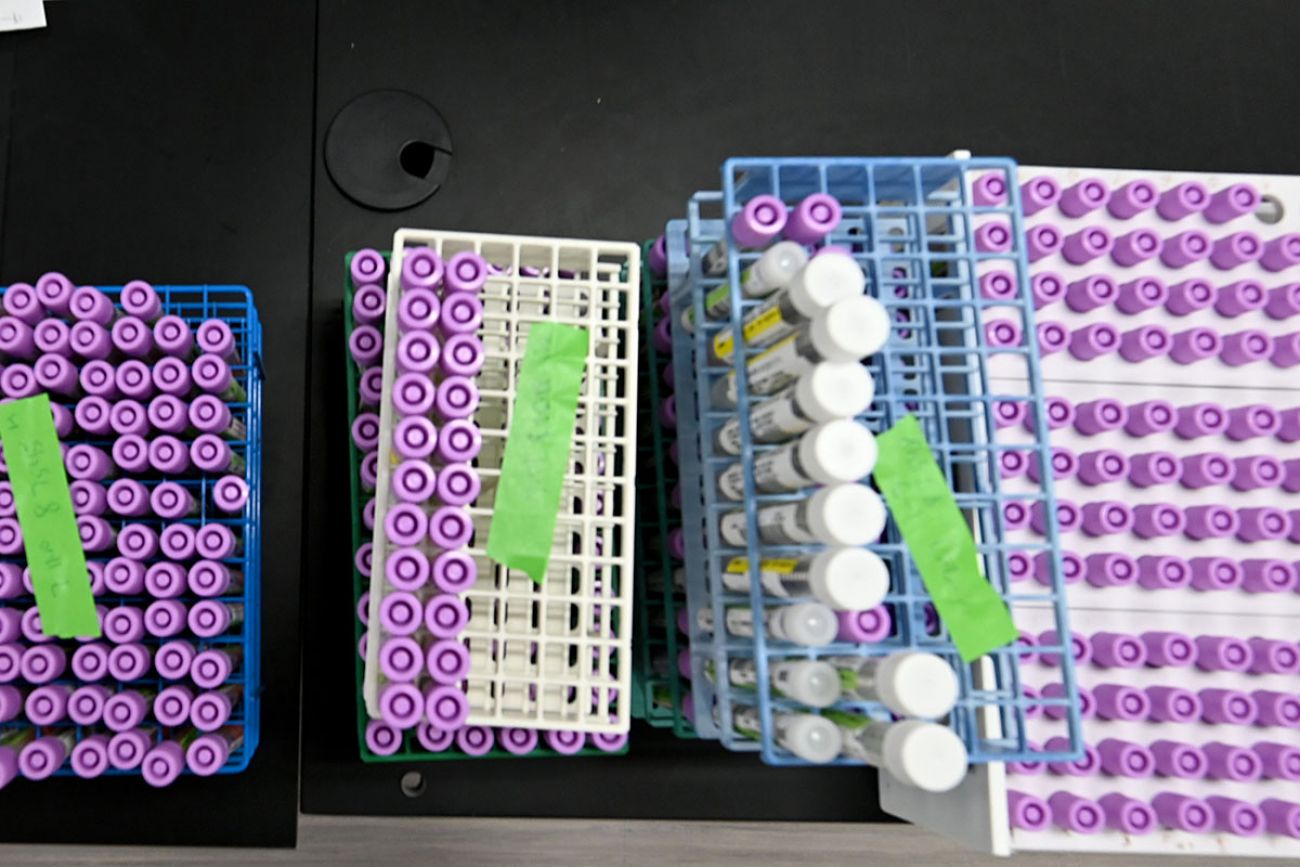 “We don't want anybody to bring (COVID-19) home, and we don't want anyone who maybe catches it at home in some community spread to bring it back to the campus,” Sanial said.

Testing also has increased in recent weeks at Wayne State University, as cases surged around the state — “and that’s a good thing,” said Laurie Lauzon Clabo, dean of the college of nursing.

The school, which does 750 to 800 tests weekly now, is largely a commuter university, so it doesn’t face the same pressure as other universities to step up testing before Thanksgiving break since many of those students already live at home or are with their families, she said.

But it will be important for the 1,350 or so students living on campus or who, for example, perform lab work, to be tested after the holiday.

“There are tough days ahead,” she said.

Test sites and health care providers use a variety of diagnostic tests for COVID-19. Some home testing kits are available by prescription, although samples must be sent to be analyzed by a lab, according to the U.S. Food and Drug Administration. Combination tests search for signs of both influenza and coronavirus.

Some tests require mucus samples; others allow a patient to spit into a tube rather than get their nose or throat swabbed.

Broadly speaking, all of these diagnostic test choices fall under two types.

The first is a molecular test, known as a PCR, named for the laboratory technique, polymerase chain reaction, that amplifies the virus’ genetic material in order to detect it. It is generally believed to be the most reliable test for COVID-19. These tests are often ordered by medical providers to diagnose COVID or check for COVID before a medical procedure. If a result isn't needed immediately, it may take days for a result.

A second kind of diagnostic test, an antigen test, looks for proteins from the virus. This test is also collected from nasal or throat swabs. It takes less time to process results in general — some take just minutes, but antigen testing is less reliable than a molecular test, according to the Mayo Clinic and FDA. Recognizing this, doctors may order a follow-up molecular test if the result from the antigen test is negative.

A test’s reliability can be impacted by the person collecting the sample (human error is usually the biggest factor in reliability, rather than the test itself) and the timing of the test. Accuracy can drop dramatically if a test is given too early, before viral particles accumulate at high enough levels, or too late, when the viral infection subsides.