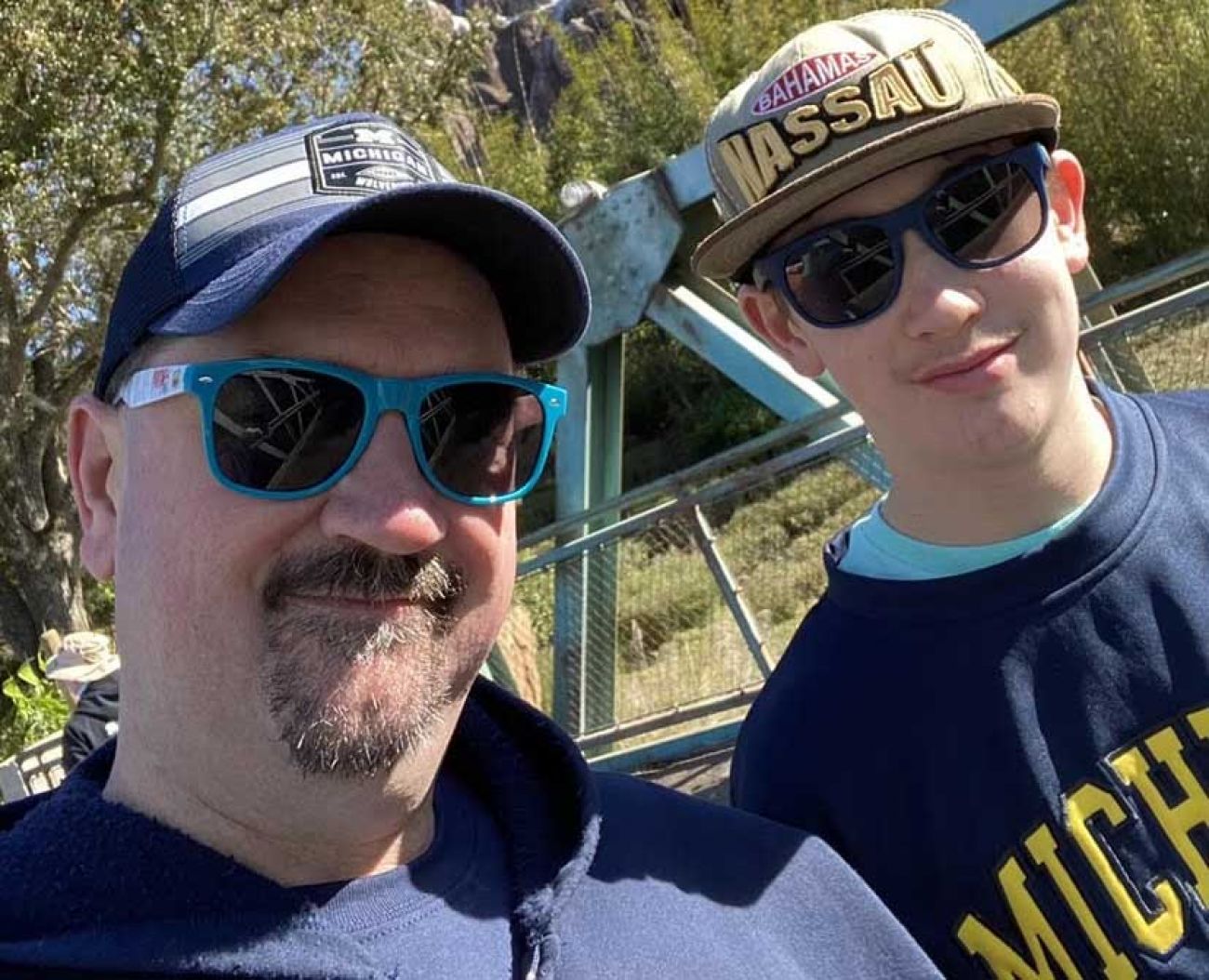 With shortages of the COVID-19 vaccine expected for the foreseeable future, people’s lives depend on having effective treatments for the virus. Yet the demand for monoclonal antibodies, a promising therapy some Michigan health systems are heralding as a success, remains stubbornly low: Only 10 percent of the state’s supply is even being used. The rest is just sitting in a warehouse in Lansing.

That’s baffling to Kevin Globke, who received monoclonal antibodies just a couple weeks ago. “Overnight, it worked miracles,” the assistant store manager of a Kroger in Plymouth said.

At 41, Globke’s already survived both a heart transplant and a childhood battle with cancer. Everyone at work ribs him for being relentlessly positive, he said. “I try to keep the mood up. What I’ve been through, I just feel like there’s no need to get upset over anything.”

So he wasn’t too bothered when he recently came down with a headache and runny nose. With his immune system, they’re pretty common, Globke said. He got in early to work to open the store one morning, and headed to the staff fridge.

“When I got that positive test, my heart just sank,” Globke said. “And then I was like, ‘OK! What are we going to do?’”

His cardiologist told him he was a good candidate for monoclonal antibodies – which Globke had never heard of before.

Monoclonal antibodies are lab-created molecules. They mimic the body’s natural immune system to attack and neutralize a virus. They’re being used to treat other illnesses, but only got emergency approval for treating COVID-19 in November.

Early data from the drugmakers suggest the treatments can reduce hospitalizations among high-risk COVID patients from 10 percent down to 3 percent. But they have to be given soon after the patient contracts the virus.

The treatment requires an hour-long infusion through an IV, plus another hour to monitor for allergic reactions. Globke went to Michigan Medicine for the treatment, and within 24 hours, says he went from feverish hallucinations to feeling “10 times better.”

“The issue – there are a few issues,” explained Dr. Matthew Sims, director of infectious disease research at Beaumont Health.

Reason #1: We’re not sure it really works

Ten months into the pandemic, this is hardly the first potential COVID treatment to get some hype.

“We've had so many things where papers come out and say, ‘Look at this, it works! It's great!’” only to fall short, Sims said. Take hydroxychloroquine as an example.

“We were using it like water in the beginning. And (now we know) it may be harmful. It’s certainly not helpful. But we had every reason to think it might have been, and so we were using it. Because what else were you going to do?”

It’s understandable that physicians may be skeptical of unproven therapies, Sims said.

“Now we’re further in, and we have some treatments that work: steroids work. We … let people run a little in their oxygen before you intubate them. That helps. But we still have people dying of this every day.”

According to the FDA, there’s a very narrow window for this treatment to work. Give monoclonal antibodies to someone who’s already hospitalized for COVID, and it could actually be harmful, the agency warns.

So providers have to find people like Kevin Globke: people who have COVID and are at high risk, but who haven’t been hospitalized for it yet.

“And then you have to bring them into a hospital or a clinic environment, and give them this infusion, where you have the ability to deal with it if they have an allergic or serious reaction, etc,” Sims said. “And that’s not simple.”

It requires emergency rooms or infusion centers giving up valuable space to treat someone who isn’t even that sick yet – without putting other patients at risk.

“So it becomes difficult when we have chemotherapy patients who are immunosuppressed, to now bring in COVID patients right next to them,” Sims said. But Beaumont has been able to start offering the treatment.

“We figured out how to do it, but it’s limited. So we can only do a few a day at that (infusion) site, and we have several different sites … across the system,” he said. “I think we fill up every spot we have, literally, but there's only so many spots.” 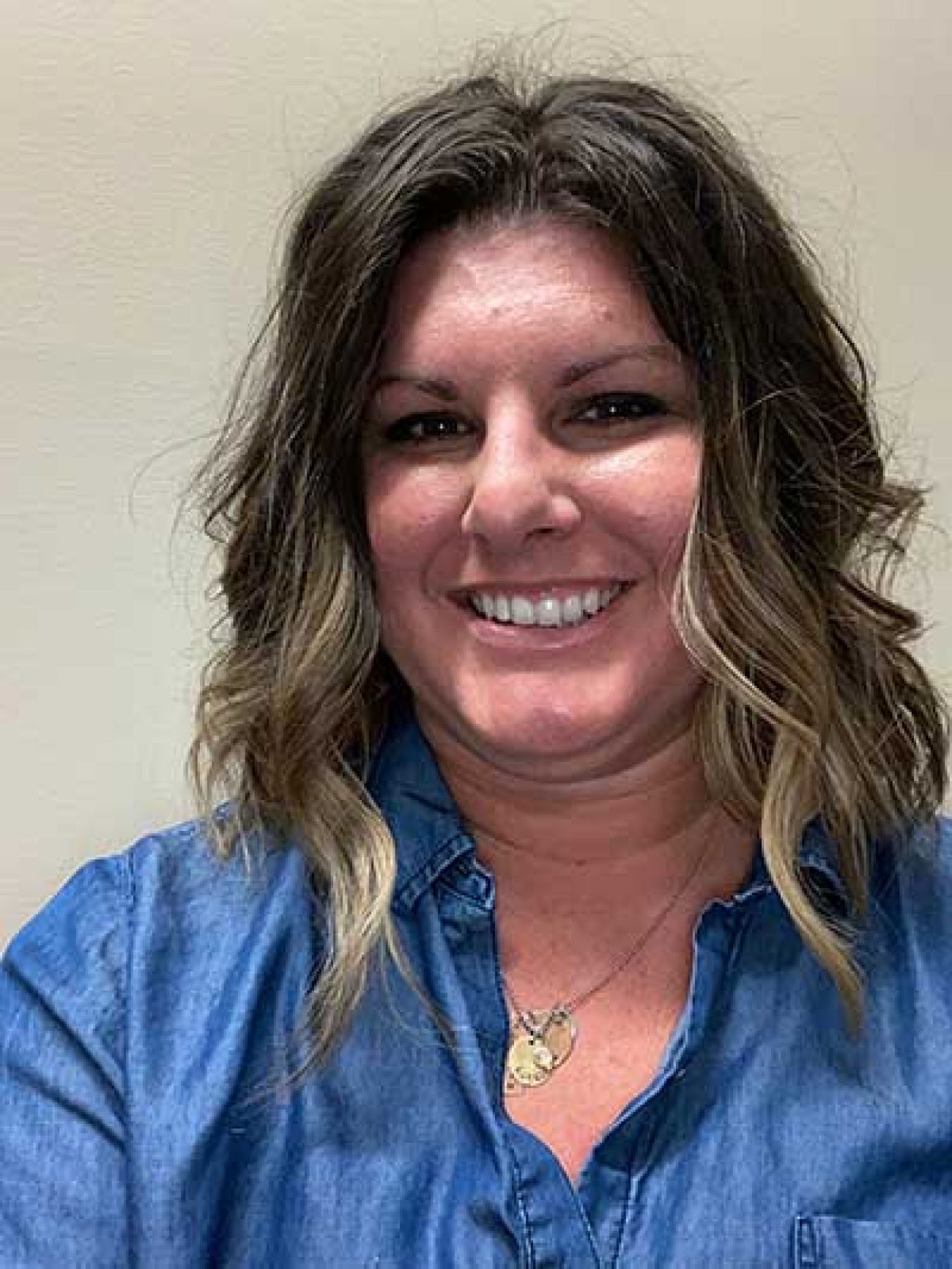 Reason #3: Hospitals are already maxed out

Dr. Bill Fales hears this response a lot. As medical director at the Michigan Department of Health and Human Services, Fales has pitched monoclonal antibodies to hospitals. Repeatedly. Yet, many “have not really embraced this therapy,” he said.

“One of the things we’ve heard … is, ‘We’re too busy with COVID. Our rooms are filled, our beds are filled with COVID patients. We just don’t have the resources to put into this.’ And at first glance, I can get that. We’re all busy, we’re all taking care of a lot of sick patients.”

But when you look at who is utilizing monoclonal therapies, Fales said, it’s often in places that have recently had “the highest hospitalization rates.”

Some of those providers were desperate.

This was in November and December, when West Michigan was nearly overwhelmed by a surge in COVID cases. They were willing to try anything that might keep people out of the hospital, Achterhof said, and they’d used monoclonal antibodies in the past for other illnesses.

At first, they just started giving it to ER patients who’d come in for non-COVID reasons, but tested positive for the virus while there. But it quickly expanded, with primary care physicians and a team of home health workers getting on board too. Being a smaller, independent hospital was helpful here, Achterhof said.

“We're very agile. Our home health department is a department of our hospital; we don't contract with an outside agency. So we all sit at the same table and have the same mission,” she said. “But other communities, maybe something is going to work better. Maybe you have an empty office building somewhere that you can staff some nurses, and have patients come in there. It's not a terribly difficult medication to administer.”

With 122 patients getting infusion so far, she said, only seven have ended up being hospitalized for worsening illness. Only one of them has died. Which, Achterhof said, are pretty good stats given the patients’ risk factors.

“They're diabetic, or obese, or have underlying lung conditions or kidney issues. And (looking at their chart) it's like, ‘Oh, man, I hope this patient does great,’” she said. “And they do! They don't come back for admission to the hospital!”

Until then, he’s opting not to wait. The state’s already pairing up with a handful of long-term care centers to administer the therapy on-site, no clinic or hospital visit required.

“We've had 101 patients treated by the state, with only three hospitalizations so far and one death,” Fales said. But that's actually a better, lower hospitalization rate than we're seeing in the broader, high-risk population. So the idea of being able to, when these outbreaks occur in nursing homes, be able to put a team in there right away as soon as we can, that seems like it’s increasingly becoming a good, or even a best practice.”