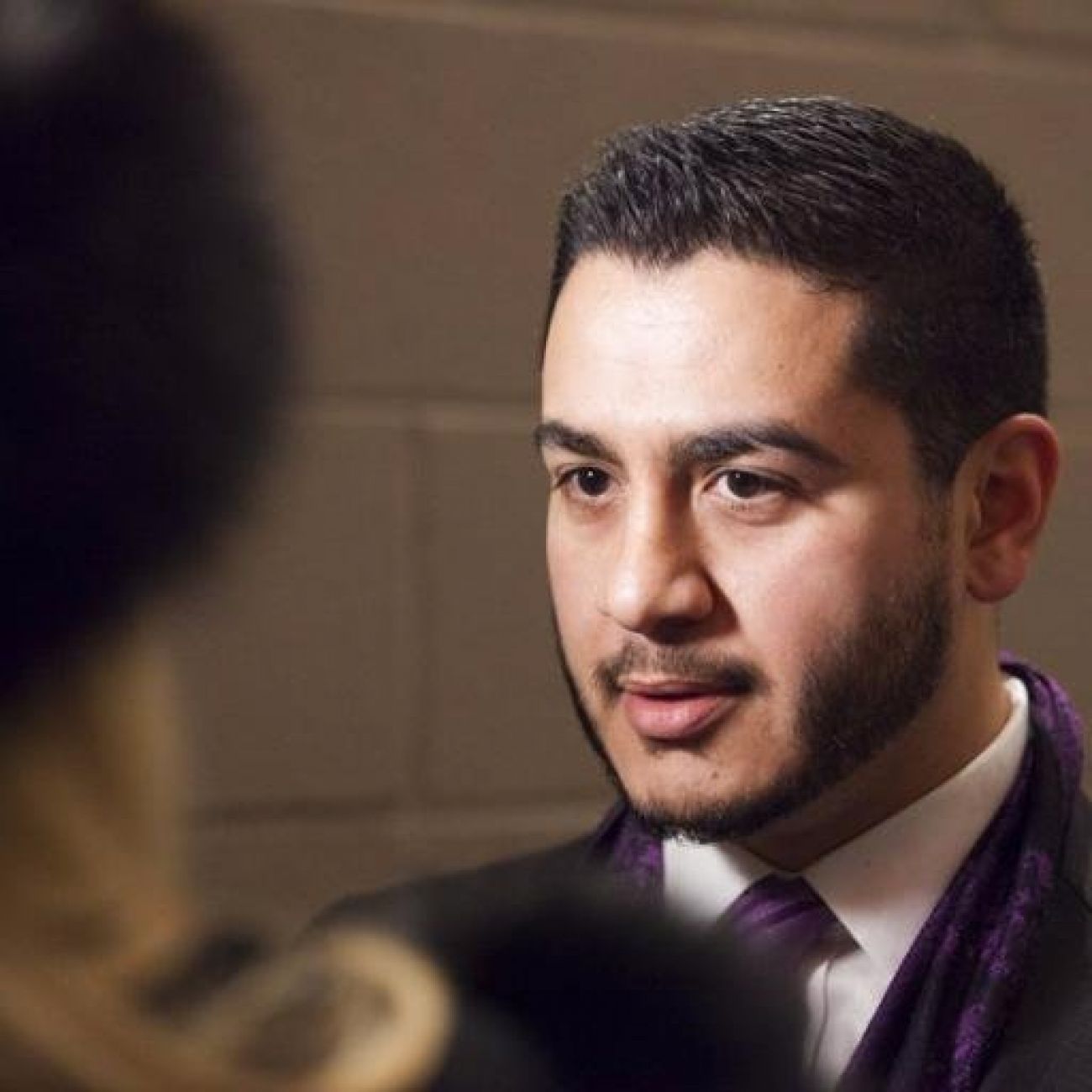 Given his background, it’s perhaps no surprise Democratic candidate Abdul El-Sayed has made health care a centerpiece of his Michigan gubernatorial campaign.

Before running, El-Sayed was Detroit’s public health director, where he championed causes like reducing infant mortality, getting free glasses for poor kids and fighting airborne polluters like Marathon Petroleum in the city’s heavily industrialized southwest neighborhoods.

An El-Sayed press release declares: “I will drive D.C. to pass Medicare for All, and if they can’t, then we’ll do what it takes to achieve universal healthcare as a state."

The Columbia University-educated physician has  planted his progressive flag alongside that of former Democratic presidential candidate Bernie Sanders: El-Sayed promises that, as governor, he will get a single-payer system and health care for all in Michigan. “We’ll do what it takes to achieve universal healthcare as a state,” he said in a July press release.

Primary rival and former state Senate Democratic leader Gretchen Whitmer hasn’t said if she would support such a plan, stating on her campaign website only that she would “work with anyone who wants to expand coverage.” Businessman Shri Thanedar, another Democratic hopeful, said he “will explore a single-payer healthcare structure.”

Thus far, it’s been a campaign of big promises by Democrats. Whitmer, Thanedar and El-Sayed also pledge free college tuition and universal preschool. They’re not exactly saying how they would pay for that.

On this one – universal health care – what are we to make of El-Sayed’s promise?

“I will drive D.C. to pass Medicare for All”

To call this vow a tall order is an understatement.

El-Sayed implies that as governor of Michigan he could somehow move Congress to pass a government-run health care plan that recent history tells us would surely face enormous pushback from Republicans. Republicans now control both the House and Senate, though it’s conceivable Democrats could overturn that in November.

So, in this hypothetical exercise, let’s assume Democrats win back Congress. Even with that, it’s far from clear that enough Democrats would support such a radical change in health care. It would replace virtually all private insurance it with a vastly expanded government program. In theory, everyone would have access to care without out-of-pocket costs. Doctors and pharmaceutical firms would make less.

In September, Sanders introduced a Medicare for All bill, attracting 15 Senate co-sponsors. That’s 35 votes short of what it would likely need for passage. Again, Truth Squad assumes such a measure would face fierce opposition from Republicans. Given their repeated attempts to repeal Obamacare, that seems like a safe bet.

The U.S. health insurance industry could be expected to fight any single-payer plan. The pharmaceutical industry – which spent more than $200 million in lobbying in 2017 – would be a good bet to wage war against it as well.

So let’s be real. Health care reform is among the most divisive issues before Congress. There’s no evidence even among Democrats of anything close to a consensus for a single-payer system. The notion that national leaders would somehow be transformed by the arguments of an unknown politician in Michigan looks like pure fantasy. Even then, if Medicare for All somehow passed, there’s also the matter of whether President Trump would sign the measure.

El-Sayed’s press release goes on to say: “If they (Congress) can’t, then we’ll do what it takes to achieve universal healthcare as a state. "

Michigan’s political landscape is somewhat similar to that in Congress.

Republicans control both the House and Senate, with seats in both chambers up for election in 2018. Analysts say it’s conceivable Democrats could take back the House. But Republicans hold a 27-to-11 margin in the Senate and the prospects of Democrats taking that chamber appear remote. The chance of a single-payer bill passing a GOP-controlled Senate would seem even more remote.

In 2017, California had a Democratic supermajority in both legislative chambers. And its experience is instructive in just how difficult it can be to make dramatic changes to health care. A measure to create a government-run, single-payer system in that progressive state died in June when the Assembly speaker pulled the bill from consideration, calling it “woefully inadequate.” Its annual cost was pegged at $400 billion.

El-Sayed makes no mention of how he would pay for such a plan in Michigan.

Asked how this might be done here, a spokesman for El-Sayed said: “Ultimately, change happens because leaders do exactly that ‒ they lead, they drive a statewide agenda. That means proposing and driving bold, transformative solutions that are needed by people across this state and having the will to solve real problems and inspire people.”

The Rating: HALF ACCURATE.

With approximately 600,000 residents without health insurance, debate over how to improve Michigan’s health care system is surely welcome in the gubernatorial race. There are legitimate disagreements – especially by party – over how it should be reformed.

El-Sayed says the system would be best served if put in the hands of the government. That can be debated as well. Perhaps he can indeed inspire people, in Michigan and elsewhere, to take up this cause if he becomes governor.

But he and his campaign would be better served if he acknowledged that his plan is a goal – not something voters can count on him delivering. Truth Squad gives great deference to any candidate’s articulation of grand ambitions. Vowing to pass national universal healthcare on the left or, say, getting Mexico to pay for a border wall on the right, are grand gestures. Fighting for them is one thing. Promising them to voters ‒ in the face of extraordinary obstacles and common sense ‒ is quite another.