Detroit police working to de-escalate confrontations with the mentally ill

In an emergency room at Detroit Receiving Hospital in August 2018, a city police officer faced a choice:

How to respond to a naked, unarmed, out-of-control mentally ill woman?

As the 29-year-old woman flailed her arms and reportedly spit at him, Detroit Police Cpl. Dewayne Jones reacted with blunt force, in video captured by a bystander. Jones struck the woman about a dozen times, while another officer and hospital security worker sought to restrain her.

Found guilty by a jury of misdemeanor assault and battery and given probation, Jones was suspended but later reinstated to the force at a lower rank.

At the time of that incident, the Detroit Police Department had no comprehensive officer training for dealing with the mentally ill  ─ decried for years by advocates as a critical void in the state’s largest city police force.

“It’s vital that officers in this department are trained to handle people in those situations.”

But that’s beginning to change, as a fledgling program that began with little fanfare a year ago is set to expand. The department expects to train a fifth of its patrol officers, in addition to patrol supervisors and other specialized officers, in mental health crisis response by the end of 2021. 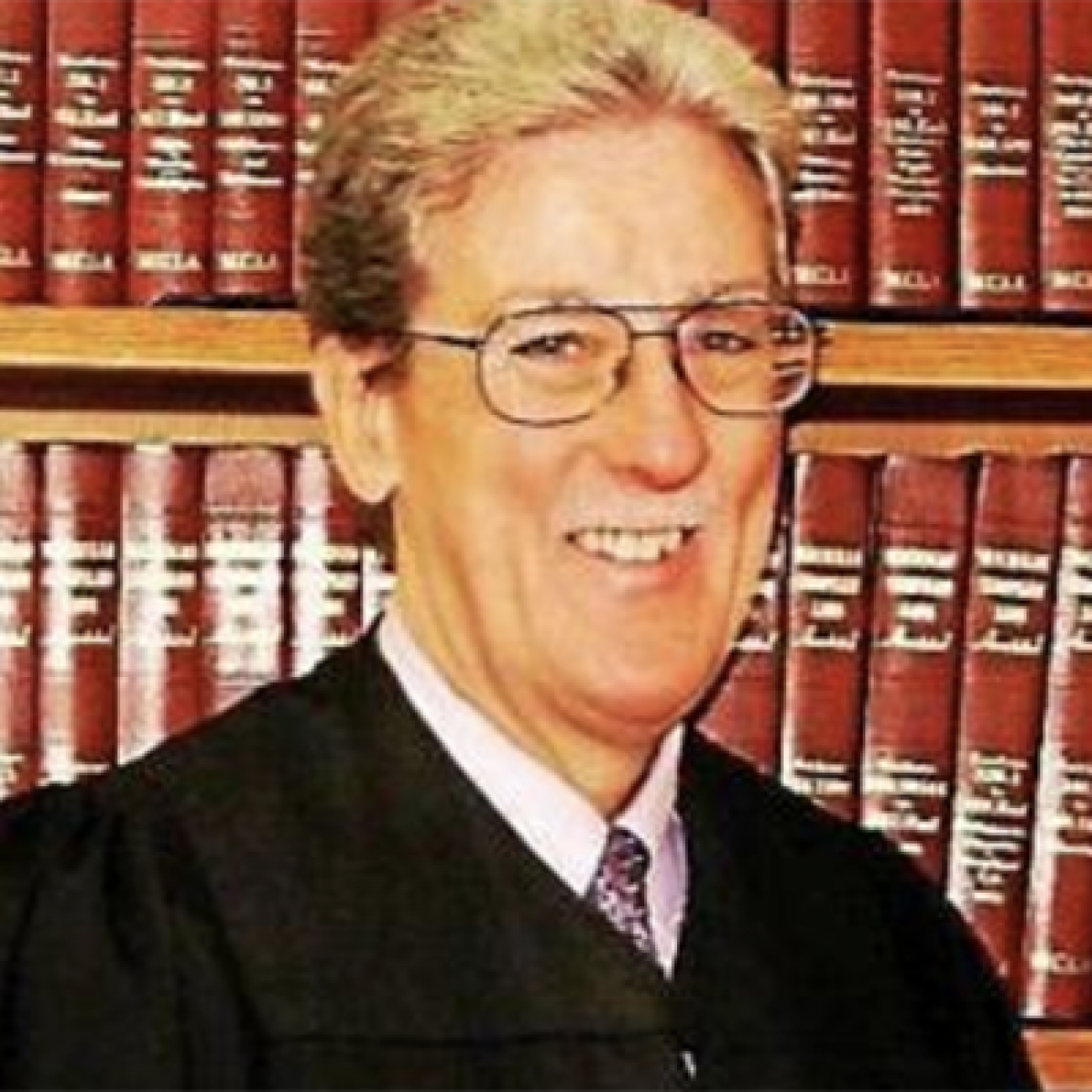 Called Crisis Intervention Team (CIT) policing, the strategy reflects a stark reality that police officers are most often the first summoned to deal with individuals in mental health crises.

“When you look at the number of calls we handle daily, we average 20 calls a day involving the mentally ill,” Detroit Police Chief James Craig told Bridge Michigan, as the department today confirmed its commitment to CIT training.

Craig said the department handled 6,654 calls through Nov. 20 this year related to mentally ill individuals. Of those, he said, nearly a thousand involved someone who was violent and armed.

“The issue is clear, we have to do more in dealing with this than what’s been going on,” he said.

These encounters can be deadly, both for police and the mentally ill, as a 2015 national study found that individuals with untreated severe mental illness are 16 times more likely than other civilians to be killed by law enforcement. 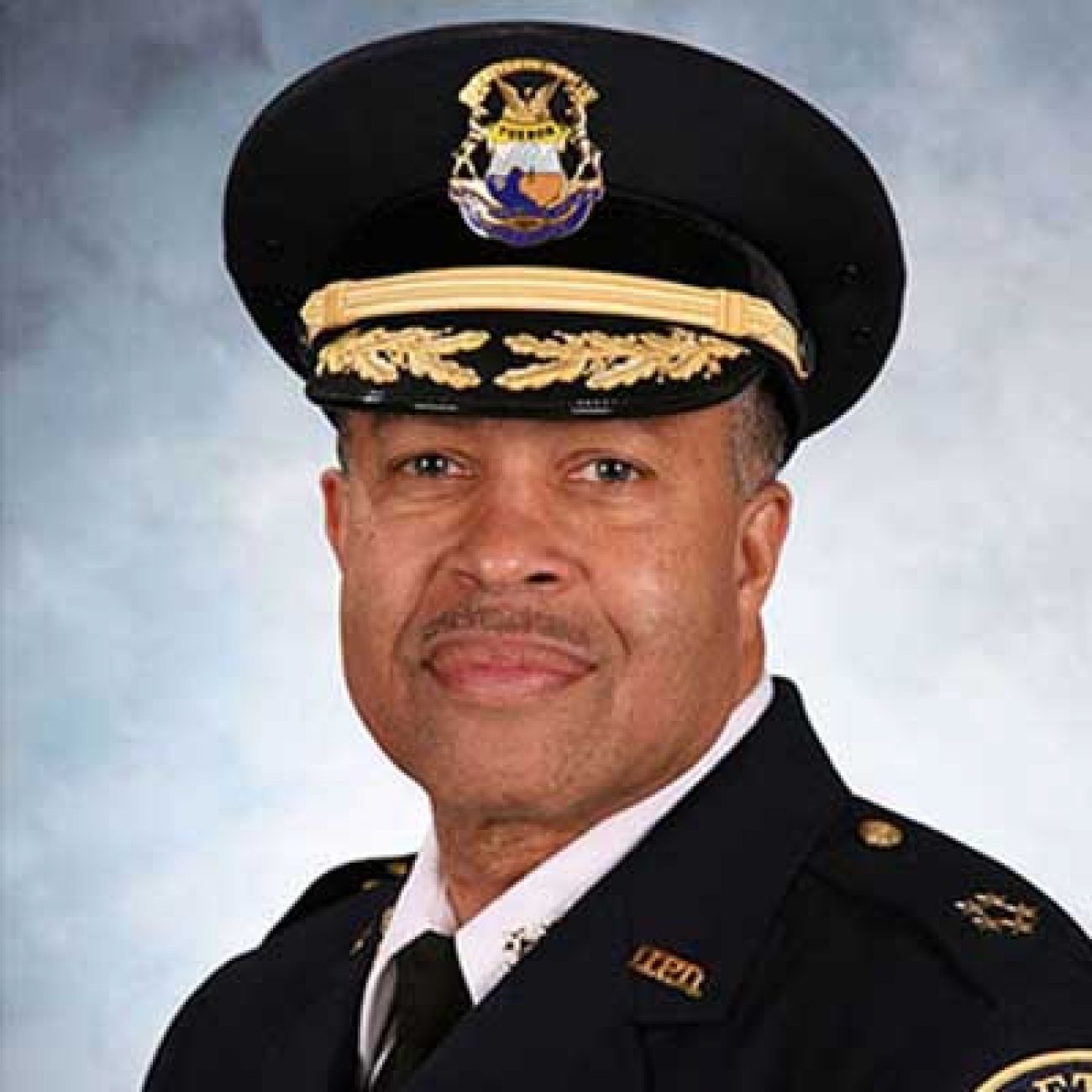 On July 30, Detroit police killed a man they encountered brandishing a sword in an intersection, after he reportedly ran at officers and threw a dagger at one, striking him below the eye. Police said Darrien Walker had been arrested weeks earlier as a barricaded gunman and sent to Detroit Receiving Hospital for mental health treatment — only to be released the next day.

"He was back on the street in less than 24 hours," Craig said at the time of that killing.

"So our officers tried to get this obviously mentally ill person some treatment, but what good did it do?”

Detroit Receiving Hospital spokesperson Brian Taylor declined to comment to Bridge on Walker’s release from the hospital or any treatment he may have received.

On Nov. 4, Detroit police shot and killed a mentally ill man who the day before also had been taken to Detroit Receiving Hospital, where he reportedly asked for help but was released without any medication.

He was killed at a police traffic stop when he shot at police and they returned fire.

Taylor also declined comment on its handling of that individual.

“Detroit Receiving Hospital is committed to providing the highest quality and safest care to every patient,” Taylor said in a statement.

“All patients who present at the crisis center undergo a medical screening assessment to determine if an emergency condition exists and are treated based on that assessment.”

Confrontations between police and the mentally ill can also be extremely dangerous for officers. A 2019 analysis by MLive found that 13 Michigan police officers killed in the line of duty over the previous 20 years were killed by people who suffered from or showed signs of mental illness ─ 30 percent of 43 police officers killed over that time.

Patterned after a groundbreaking Tennessee training program launched in the Memphis Police Department in 1988, the DPD program immerses officers in a  five-day, 40-hour course that includes sessions on the clinical signals of mental illness, “hearing voices,” suicide intervention skills and techniques to de-escalate conflict.

The latter includes role-playing exercises in which officers are challenged to defuse encounters without resorting to physical force.

A core goal: Divert those in crisis, where appropriate, to treatment instead of a jail or prison system already clogged with the mentally ill.

“The scenarios bring it all to life,” said Andrea Smith, a program developer for the Detroit Wayne Integrated Health Network (DWIHN), a nonprofit agency that serves the mentally ill in Detroit and Wayne County and runs the CIT training program.

Thus far, more than 50 Detroit officers have completed the CIT program, in addition to 90 civilian 9-1-1 call takers and dispatchers who enrolled in a 16-hour course. DWIHN is also training deputies from the Wayne County Sheriff’s Department and several other Michigan police agencies.

Other departments have been at this far longer, starting with police agencies in Kalamazoo in 2008. By 2018, about 650 CIT officers had been trained statewide.

This policing tactic has proven effective in places like Florida’s Miami-Dade County, which has steered thousands of mentally ill offenders into treatment instead of jail, cutting the county’s jail population from a daily average of 7,000 prisoners a decade ago to just over 4,000 in 2018. It’s done this through a combination of CIT policing and community reforms to its criminal justice and treatment systems.

Battle Creek Police Chief Jim Blocker told Bridge there were 835 CIT reports in June alone in Calhoun County. Out of 142 cases where individuals could have been arrested, just nine were taken to jail, according to police records.

A five-year study released in 2019 by the Center for Behavioral Health and Justice at Wayne State University’s School of Social Work underlined the steep price still paid by the mentally ill in the state’s criminal justice system. While adults with serious mental illness make up about 4.5 percent of Michigan’s adult population, analysis of jail records in 10 Michigan counties found:

In Michigan, as across the nation, mental health advocates trace this flood of the mentally ill into the criminal justice system to the closing of large psychiatric hospitals, a trend that began in the 1960s and accelerated in the 1990s under GOP Gov. John Engler. Many were shuttered for good reason: They were often little more than warehouses for the mentally ill and disabled and ripe for horror stories of abuse and neglect.

After these facilities closed, it was assumed those with serious mental illness would be cared for through community-based mental health agencies.

But as a Florida judge and a chief architect of the Miami-Dade reforms observed in testimony before Congress, the system that emerged “is too often fragmented with poorly integrated services and enormous gaps in treatment and disparities in access to care.”

Indeed, a  2018 Michigan Department of Health and Human Services report found a 200-person wait list at Michigan’s state-run psychiatric hospitals. That same report found Michigan ranked fourth lowest in the country in 2016 for the number of state psychiatric beds per capita.

As a result, many Michigan residents in mental health crisis wind up in emergency rooms for hours – even days – as mental health professionals scramble to find inpatient psychiatric facilities that will take them.

An Upper Peninsula sheriff underscored that treatment gap in February when he pleaded for help for a mentally ill Vietnam veteran. The inmate  ─ found incompetent to stand trial ─ had languished in jail for weeks in a psychotic state for lack of a bed in a psychiatric hospital, repeatedly smearing his own feces over the walls, doors and windows of his cell.

“We have tried over and over to get this man the help he needs. The mental health system in Michigan is broken,” Chippewa County Sheriff Michael Bitnar posted on Facebook.

The inmate was finally placed in a state psychiatric facility after two months in jail.

“We have to make sure the police have a place to take people,” Mack said.

In April, Team Wellness Center Detroit, a mental health and substance abuse treatment agency, gained approval from the state and DWIHN  for a 24-hour crisis stabilization unit northeast of downtown. It has a psychiatrist and mental health support staff on duty around the clock, and the capacity to manage emergency cases funneled its way by police.

Until now, police have transported the vast majority of mental health crisis cases to Detroit Receiving Hospital. But one mental health advocate said that a hospital is not geared to effectively manage the array of crisis cases police send its way.

“If you look at the capacities at a hospital, emergency departments are equipped for all kinds of emergencies, like gunshot wounds. But they don’t specialize in mental health emergencies,” said Nanci Hambrick, project coordinator for Wayne State’s Center for Behavioral Health and Justice.

And crisis cases transported by police to Team Wellness, Hambrick said, “have a better chance of being connected with the outside services they need.”

“It opened my eyes as a police officer,” he told Bridge.

“It helped me be a good listener, being compassionate to the people. Sometimes when they (the mentally ill) are talking to you, they are venting. I can say, ‘As a police officer, I am here to help you and get you the resources that you need to get help.’”

Harris recalled a mental health call that came his way in October ─ the guardian of a mentally ill woman complained she had been assaulted by her client at an east side adult foster care home.

He arrived on scene to find both the guardian and the woman emotionally distraught.

“The guardian wanted the person arrested. She wanted to sever all ties with her.”

As for the foster care home resident, Harris said: “I could tell she was going through something. She was hearing things, seeing things. She was crying. She realized what she did was wrong.

“I didn’t want to arrest her.”

Harris said the guardian calmed down. He transported the woman to Team Wellness for treatment, instead of what could have been a trip to jail for assault.

“Team Wellness took her in and gave her the medication she needed. I checked back a week later and she was getting help,” he said.