Ferris State University announced Tuesday that students will return to campus in the fall.

The 13,000-student campus in Big Rapids becomes the seventh of the state’s 15 public universities to announce fall plans, with six schools moving ahead with in-person classes despite continued health concerns about the coronavirus pandemic.

The state’s largest public universities — Michigan State University and the University of Michigan — have yet to unveil plans.

Ferris State President David Eisler made the announcement in a virtual town hall meeting Tuesday morning. In a news release after the town hall, Eisler expressed optimism that the campus could safely resume education and residential life.

“Additionally, the university has developed plans to move back to remote delivery should conditions require it,” Eisler said. “We are also developing online learning opportunities for students who may desire them and remote instructional accommodations for faculty who may be in high-risk categories.”

​Ferris officials are reviewing classrooms to ensure the ability for students to maintain social distancing, and are boosting campus cleaning.

Michigan’s public universities, private colleges and community colleges closed in-person classes in March and switched to remote learning to slow the spread of COVID-19, which has so far killed more than 4,500 Michigan residents.

With a vaccine unlikely by September, universities are wrestling with how to offer quality education to students, while also avoiding putting students, faculty and staff in danger.

Colleges around the country that have decided on fall plans have reached different decisions.

California State University’s 23 campuses, with almost 500,000 students in a state with fewer coronavirus cases per capita than Michigan, announced Tuesday that its campuses will be largely online for the fall semester, with exceptions made for hands-on lab classes. Those plans are similar to ones announced in Michigan by Oakland University, in hard-hit Oakland County, and Lansing Community College.

Ferris State is located in rural Mecosta County, bordering the Huron Manistee National Forest, an area that, so far, has not been a hot spot for the virus. As of Tuesday, there were 16 confirmed cases in Mecosta County and two deaths. 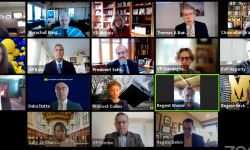 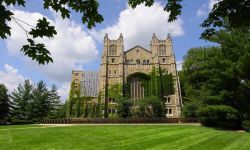