From his office in a district that straddles Ionia and Clinton counties, Wright could hear laughing as students reconnected with friends and teachers they hadn’t seen in more than five months, since Michigan’s school buildings were shuttered in March to try to stem the spread of COVID-19.

The school reopened for the new school year offering full-time, face-to-face instruction, along with extensive safety measures. Students and staff wore face masks and there were hand-sanitizer stations in the hallways. Teachers stayed behind plexiglass partitions in classrooms. Students got a squirt of hand sanitizer as they entered buses to come and go from school, and bus windows were open to keep air flowing.

Despite those measures, Wright sat at his desk on Sept. 8 recording a phone message to parents, telling them that the school building was closing for now and moving online. After just 10 days of school, there were five students (now six) who had tested positive for the coronavirus, including one who had been hospitalized. Twenty percent of the students in middle and high school were in quarantine because of close contact with the infected students.

“It was a devastatingly painful [decision],” Wright told Bridge Michigan. “There was a lot of shock in the community, a lot of anger.”

Pewamo-Westphalia’s experience – as one of the first school districts to close (at least temporarily) after returning to in-person instruction – is both a cautionary tale about the unpredictability of education during a pandemic, and what Wright hopes is the first chapter in a playbook for other districts that he predicts are likely to face the same decisions in the coming months.

“We’re in uncharted territory – there’s no guide for this,” Wright said. “We’re not going to be the only district facing this decision.”

In Michigan, 86 percent of school districts and charters started the school year offering at least an option of face-to-face instruction for some of the school week, according to a Michigan State University analysis of state-mandated reopening plans; 16 percent offered only full-time, in-person instruction, without an option of homebound learning.

Pewamo-Westphalia was among those that offered full-time, in-class instruction, plus an option for online learning for families who desired it. Just 5 percent of the roughly 640 students in the district chose the online option, Wright said.

Statewide, there were at least 11 new or ongoing coronavirus outbreaks at K-12 schools as of Sept. 10, according to data released Monday by the Michigan Department of Health and Human Services. It’s the first time state health officials have identified schools with outbreaks following efforts by Bridge and other media outlets for public access to this information.

Pewamo-Westphalia, though, wasn’t included in the state school outbreak list. An explanation for the district’s absence was not immediately available from MDHHS. State officials acknowledge the state tally is likely an undercount of outbreaks in the state.

Pewamo-Westphalia’s middle/high school closed Sept. 9, and will continue with online-only learning through at least Sept. 21. (The district’s elementary school, which has had no confirmed coronavirus cases, remains open.)

Wright told Bridge he felt he had no choice but to close the school temporarily, as coronavirus cases increased in the community.

The COVID-19 test positivity rate in Clinton County was 1.6 percent on Aug. 23, the day before students returned to classrooms, Wright said. By Sept. 3, it was 5.2 percent; two days later, it was 6.3 percent. The next day, it was 6.9 percent.

State health officials have used 3 percent positivity rate as a threshold for concern about community spread.

Between Sept. 1-11, there were 11 new confirmed coronavirus cases among residents who live within the boundaries of the Pewamo-Westphalia school district, according to the superintendent – a figure that doesn’t seem high until you realize how rural the district is. There are no traffic signals in the entire school district, according to Wright. Outside his office window is a dairy farm.

Wright learned of the first coronavirus case among students on Aug. 30, six days after the start of school. Five students were infected as of Sept. 11, and about 100 of the 490 students in the middle/high school were at home in quarantine because of close contact with a COVID-positive classmate. A sixth student tested positive over the weekend.

Wright said he’s not sure of anything he’d do differently, but he’s sure he’s made mistakes. “I don’t know there's a right way to go about things now,” he said, “given the limits of distancing [in schools]. We know we had to try this and we’d  be building the airplane while flying it in the dark without a blueprint.”

Wright said he’s learned several lessons about dealing with coronavirus in schools from the district’s ordeal, including that:

The decision to close the school received pushback from some parents when they received recorded messages about the closure Sept. 8, Wright said.

“Wow! Glad to see you caved so easily. Only 9 days and you’ve already failed us,” one person posted on the district’s Facebook page.

Wright said he understands why people would have been upset when they received the recorded phone message from him announcing students couldn't return to school for two weeks.

“To get a message like that out of the blue … there was disappointment, shock, anger, sorrow,” Wright acknowledged. “But we had to do all we could to at least mitigate the spread of the virus.”

“The hard part of this is there’s not a playbook. We’re put in a position where we have to react.”

His biggest regret: Divisions over whether schools should remain open are widening because of politics. Polling reveals Republicans are more inclined to believe schools are safe to reopen than are Democrats. “The more we make it a political battle instead of what is best for our kids, then we choose sides,” Wright said.

“I hope no other school system has to go through this. But based on our track record, other schools are going to face what we’ve faced.” 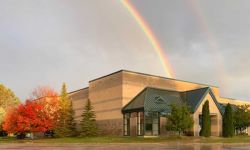 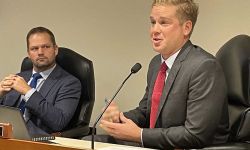 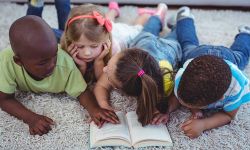