More than 62,000 Michigan residents have applied for tuition-free community college through a new state program – the equivalent of a busload of aspiring students driving onto campus every hour, 24 hours a day, since Michigan Reconnect was introduced Feb. 2.

Add those who worked during the first days of the pandemic who in 2020 were offered free tuition at community colleges and some job training centers, and the number signing for discount education swells to nearly 170,000.

State officials had hoped to get 60,000 applications for Michigan Reconnect by the end of May. Instead, they’ve broken past that goal in mid-March, illustrating a pent-up demand among Michiganders to take classes or get training to increase their income.

“We can see that Michigan adults are excited to pursue an associate degree or skills certificate at little to no cost,” said Susan Corbin, acting director for the Michigan Department of Labor and Opportunity, in a statement Monday.

Michigan Reconnect pays community college tuition and mandatory fees for Michigan residents over the age of 25.

The program also offers scholarships of up to $1,500 to help cover tuition at more than 70 private training schools with 120 programs that offer certificates in high-demand careers such as manufacturing, construction, information technology, healthcare or business management.

More than 4.1 million adults statewide are eligible for the program.

A second program, called Futures for Frontliners, offers similar tuition-free benefits for essential workers who worked during the first few months of the pandemic, including grocery workers, sanitation workers and medical employees.

The deadline to apply for Futures for Frontliners has passed. About 14,000 people who applied to that program and were not accepted were automatically enrolled in Michigan Reconnect.

Reconnect is funded with $30 million from the state, which is applied to the cost of tuition and mandatory fees after federal Pell grants, which provide scholarship money to low-income students.

Many community college students could have gotten tuition for free in the past, through Pell grants. The popularity of the state programs, though, illustrates that many residents weren’t familiar with the often-complex financial aid system of colleges.

More education typically means higher salaries. Nationally, high school grads earned $38,792, on average in 2019, compared to $46,124 for those with an associate’s degree and $64,896 for those with a bachelor’s degree, according to data from the U.S Bureau of Labor Statistics.

One in four Michigan adults have some college credits but no degree. Making community college free could entice adults who keep putting off finishing a degree to return to campus.

The Whitmer administration has a goal of increasing the percentage of working-age adults with college degrees or certificates from 49 percent to 60 percent by 2030. The current national average is 51 percent.

The popularity of the state’s tuition-free community college initiatives has nudged four-year universities to announce their own tuition-free programs, though most are much more limited in scope than Michigan Reconnect.

“If you’ve always wanted to go to college or return to finish a degree, now may be the right time to make that dream become a reality,” Sen Sean McCann, D-Kalamazoo, said in a statement Monday. 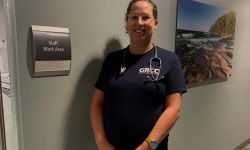 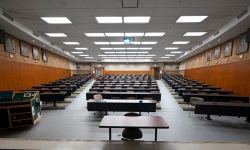 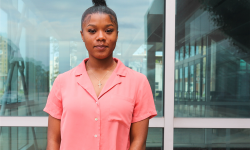