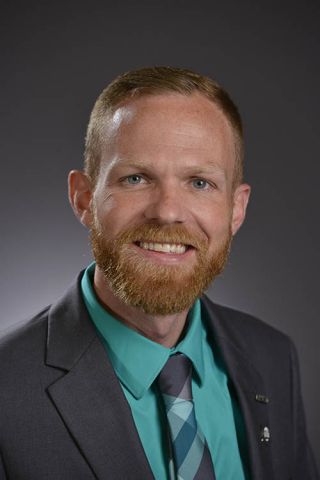 Luke Wilcox is outgoing Michigan Teacher of the Year. He’s spent the past 12 months traveling around the state, speaking at conferences and attending State Board of Education meetings as a non-voting member. He’ll return to his math classroom at East Kentwood High School in September. Bridge Magazine spoke to Wilcox about the lessons he’s learned serving as the state’s top teacher.

Bridge: You’ve spent a year traveling the state talking about education. Has that experience made you more optimistic or more pessimistic about Michigan schools?

Wilcox: When I’m working with teachers and students, I’m very optimistic. But to be totally truthful, when I’m at the federal or state level, I sometimes feel less optimistic, because things tend to move slower in those realms. It’s hard to see the impact you’re having.

Bridge: The State Board of Education gets a lot of criticism. There’s been rumblings about moving from an elected board to a board appointed by the governor. What’s been your experience serving on the board as teacher of the year?

Wilcox: Regardless of where they stand politically, you have people in that room who passionately care about education. The trouble is getting them aligned sometimes. The current state board has four Democrats and four Republicans. They tend to stick together with their parties when it comes to voting.

I sometimes wish that we would make it more about the students and less about politics. It’s not about voting with the other people who are in your party, it’s about voting the way that’s best for students in the state of Michigan. That goes for both parties.

I would advocate that there be several teachers in that group and giving them voting rights.

Bridge: You were in Washington, D.C. recently with the other state teachers of the year. You met with Betsy DeVos. Did you get a chance to talk to her?

Wilcox: The elephant in the room was school choice, because that’s one of her biggest platforms. I like to hold up East Kentwood High School as the right way to do schools. If you properly fund schools, you have kids who are poor, who come from single-parent families, and they have access to the best curriculum and the best teachers, that’s what public education is all about. That’s why we created public education, so that every family and every kid has the opportunity to be successful.

(I told her that) the concern I have about school choice is there are certain families who will have the resources and do the research to be able to utilize school choice, and what would that leave behind? Students who are naturally already disadvantaged in the system are now being further disadvantaged by the system of choice we have set up.

Bridge: Where do you stand on standardized testing?

Wilcox: Within this year, I’ve changed my ideas about standardized tests. I think we’re putting too much emphasis on it. I don’t think we want to remove it, it’s a great accountability measure for schools. But if it’s the only accountability, then the schools and the teachers are going to narrow their focus toward that content, and in doing so, we’re doing a disservice to our students.

When you talk about standardized test, primarily what you’re measuring is content. And the more I think about it, ultimately, I just want my students to go out in the world and be successful. Content is just a small part of that. Creativity, collaboration and communication are just as important or more important to their later success. That’s not being measured right now on our standardized tests.

So what other accountability measures can we have to measure these other things? I know it’s harder, that’s why we don’t do it. But if we really want to value students being able to communicate and collaborate, let’s figure out a way to measure that. Because if you start to measure teachers and schools that way, guess what happens in classrooms – more of that stuff.

Bridge: It seems there’s another school shooting every month. What do you think about the solutions offered, such as arming teachers or hardening schools?

Wilcox: More security guards, metal detectors and bullet proof glass is completely the wrong approach. How does that make kids if they come into a school and have to pass through a metal detector and go past a security guard, and we have to do these active shooter drills, what kind of feeling does that give kids about school and the world? That’s concerning to me. School is supposed to be a safe place. I know the school-hardening folks think they are making schools safer, and I just don’t think that’s how these things play out.

Do we want kids thinking, “Man, there could be someone coming to shoot up my school?” That shouldn’t be on kids’ radar. I can worry about that as an adult, but kids shouldn’t worry about it. This school hardening thing is putting it right in their faces, they can’t ignore it.

And ultimately, that’s going to impact their learning in schools.

Related: What Michigan schools can learn from craft beer