Two Michigan educators exiting this month, many others may soon follow

Tim Fournier, left, and Ingrid Fournier, right, stand with their daughter. The couple is retiring from public education at the end of March after experiencing an exhausting two years of education during a pandemic.
March 10, 2022
Isabel Lohman (Email)
Talent & Education
Michigan K-12 schools, Coronavirus Michigan

Talent & Education
Two Michigan educators exiting this month, many others may soon follow

There are only a few more months left in this school year, but veteran educators Ingrid and Tim Fournier say they can’t hold out until June.

They are retiring at the end of March, citing what they see as growing public distrust of teachers, heightened student behavioral needs and general exhaustion from the profession.

“I've been shouting that we need more counselors,” said Ingrid Fournier, 55, a 5th-grade teacher at Ludington Elementary. “We need more teachers. The principal has been doing so much COVID data collecting and our principals are exhausted. Everybody's just trying to do so much with much, much less than we've had in the past.”

Their sentiments are not unique. Recent polling by the Michigan Education Association, the state’s largest teachers’ union, found that roughly 20 percent of survey respondents are considering leaving the profession in the next few years, citing similar frustrations. Last August, that number was 11 percent.

That’s a problem for Michigan, which has produced middling student achievement over the past decade along with a sharp dropoff in college grads wanting to enter the profession.

Ingrid and her husband Tim, 57, a student support specialist at Baldwin Elementary in Lake County, have been married for 25 years. They have worked in school systems across lower Michigan, and have taught students in Detroit, Grand Rapids and Forest Hills.

They’ve been at their current schools less than two years, but those years were professionally draining amid the pandemic, leaving them weary.

The couple said they continue to believe in the mission of public education and care deeply about their students. When they started teaching, Stu Rankin, an administrator in Detroit Public Schools who became a University of Michigan School of Education professor, encouraged them to be “reflective educators.” 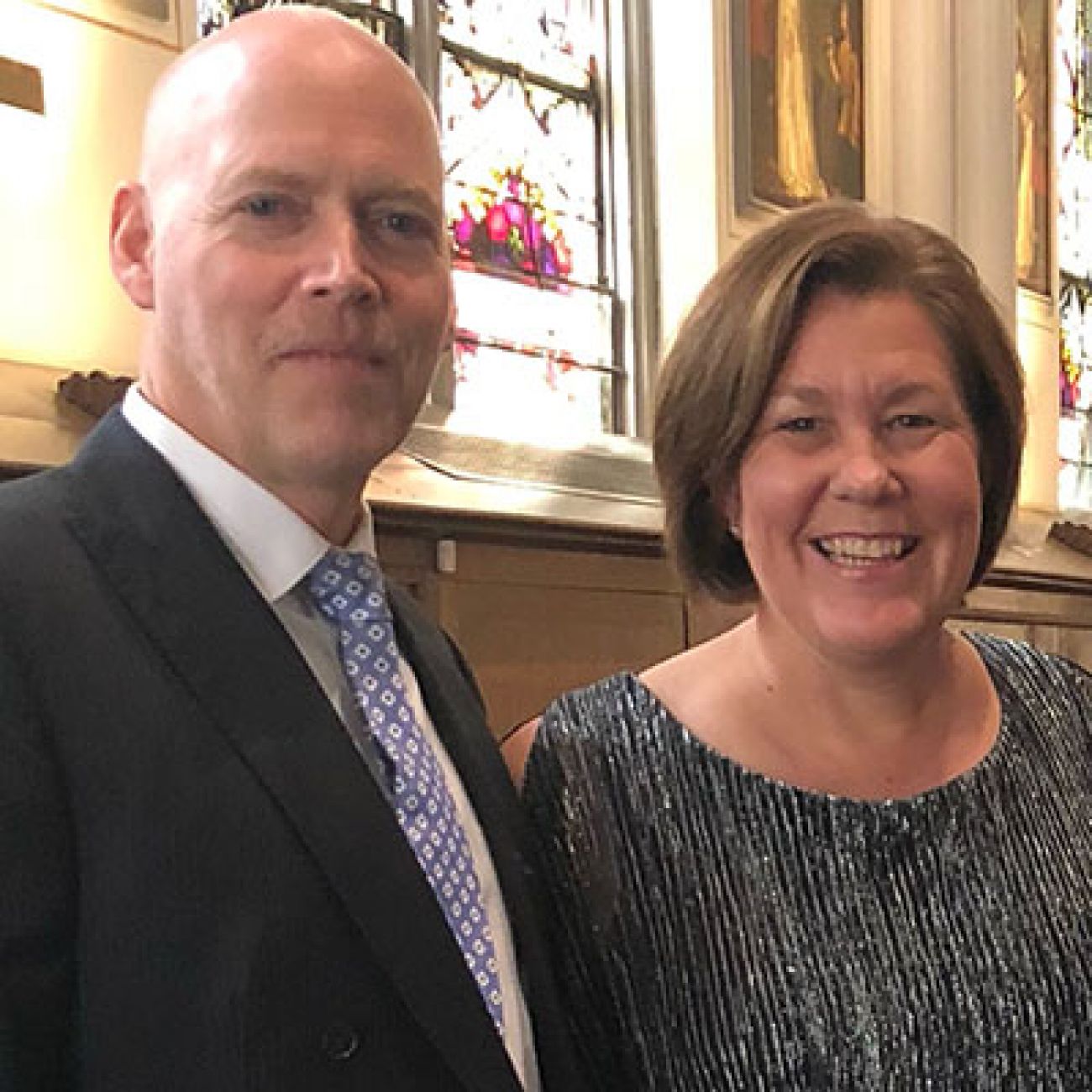 The couple is planning on taking the next month to rest and think through what’s next. They know they will have to work again and say they would like to find jobs that are meaningful.

But in the current climate, with the disruption of in-class instruction amid COVID and cultural wars over race and pandemic rules at board meetings, they say that is no longer possible.

“With the political winds and economic lens, it became a lot more of a reactive profession than a reflective one,” Tim told Bridge Michigan.

Ingrid said there are many things that make her job “completely unsustainable.” She, like many teachers, said she feels her profession is under attack, while the pandemic has exposed capacity shortages, including an undersupply of mental health professionals to help students going through a tumultuous time. Sudden changes in pandemic rules have wreaked havoc on lesson plans, forcing teachers to suddenly execute virtual instruction “on a dime.”

Leaving a profession they love

Ingrid said when she started this school year, she had no intention of retiring in March.

“When the world stopped because of the pandemic two years ago, I think that I had this just pie-in-the-sky idea that we were going to really reassess how we were doing school,” she said. “And I saw this amazing opportunity that we were going to get things right. And instead, we went back, full swing.”

She said her class of 27 fifth-graders is too large to effectively teach in a normal year, much less when students have heightened academic and social-emotional needs.

In January, young students in Ludington Area Schools moved from four different buildings into a new building with roughly 1,000 students. That brought some excitement for the children, such as learning a new school chant, but it was also another change for young people who’d already seen so much change this year.

The combined school now has four social workers and a school psychologist, in part because the local education service district provided additional help.

Brian Dotson, the Ludington Elementary principal for grades three through five, confirmed that students’ social and mental-health needs have risen, keeping the professional staff’s caseloads full. He could use more counselors and social workers.

But he said helping students cope goes beyond support from mental health professionals. It requires training for teachers, administrators and paraprofessionals so they understand the importance of building strong relationships with students.

The school has implemented a three-tiered curriculum to help students process “big feelings,” which he said helps support a healthier school culture. Such a plan would include a schoolwide curriculum where students learn social emotional skills, a second level where young people process their emotions in small groups and then getting students more individualized support for their specific needs.

Knowing when to leave

Tim’s mother recently asked the couple why they were staying in the profession if they could retire?

The question stumped them and influenced their decision to leave now. Public school employees’ retirement options differ based on age and years of service. Pension options  depend on when a person started in the profession.

Ingrid also pointed to her physical and mental health. When she returned home from school this year, she said she was “completely tired in a way I hadn’t known before.” She sometimes cried during the ride.

“Leaving in March when there's still nine weeks in the school year left, that’s purposeful because I'm done, I am done,” Ingrid said.

The couple acknowledged the elephant in the room: Why wouldn’t they just finish out the year?

In other professions, Ingrid said, people understand that you can leave when you’re eligible for retirement. She became eligible for early reduced retirement upon her 55th birthday this month.  She has taught since 1991 but took five years off to raise their daughter. Tim is eligible for full retirement now that he has hit 30 years of service this month.

The Fourniers also note their schools have found replacements for them to finish out the school year, which they said brings great comfort.

“When she told me, I understood,” Dotson said. “And it's a bummer to have her go in March. My daughter is in her class. And so, you know, my daughter absolutely loves Mrs. Fournier — loves, loves, loves her. She has been a godsend for my daughter, too.

Dotson said his family recently lost a loved one and so he recognizes that when you have time to experience life more fully, you take it.

In fact, Dotson too is switching jobs at month’s end.

The National Association of Elementary School Principals named Dotson one of 37 Nationally Distinguished Principals last year. But he will leave his position at the end of March to join the state-funded MiSTEM Network, where he will work across eight counties to increase science, technology, engineering and math (STEM) opportunities in schools and communities.

The state, meanwhile, is working hard on finding ways to get more teachers into classrooms and keep those who are there in place. Indeed, such efforts are a significant part of the federal COVID education money coming into the state.

Gov. Gretchen Whitmer wants to spend $600 million on educator recruitment efforts and $1.6 billion on educator retention as part of her proposed budget. The governor hopes to earmark another $361 million on mental health, which like her other proposals will have to be negotiated with Republican lawmakers, who control the legislature.

At Baldwin Elementary, Tim is the go-to person for student behavior and discipline. He handles suspensions and expulsions, conducts home visits to deliver wifi devices for homebound students and works with school resource officers.

Tim said he is seeing students misbehave at higher rates than ever before including students throwing desks. He also sees a lot more distracted behavior.

Like Ingrid, Tim contends there needs to be more counselors, psychologists and social workers in schools. He said he feels like he is in triage.

He also worries about young teachers and other colleagues who say they are exhausted.

“I see a lot of these young talented folks coming in and I admire him as much as I really worry about them,” Tim said.

“It's a tough time probably to be a nurse, cop or teacher, but we can attest for how tough it is to be in the schoolhouse during this culture war,” Tim said.

A message for others: “trust us”

Dotson, the principal, said some normalcy has returned since schools across the state recently switched to mask optional policies. He said it’s awesome to be able to see children’s faces and those smiles can go a long way in spreading kindness. And when a student is experiencing a negative emotion, they can now better see their teacher’s face and understand the teacher really cares.

“Teaching goes way beyond the books and the math and it’s so much more social-emotional, and the pandemic has definitely taught us that.”

The mask debates may be simmering down now that schools are relaxing mask rules but there are still other issues where schools are under scrutiny.

For example, Michigan lawmakers are considering a bill that would require school districts to publicly post curriculum, textbooks, literature, research projects, writing assignments and field trips planned for the year by the first day of school.

Proponents say it increases transparency between schools and families whereas opponents say teachers already communicate with parents about what is being taught at schools and that the legislation is really about intimidating teachers and making it harder for them to be nimble with day-to-day lesson planning.

The Fourniers said they wished there was more trust in educators. Recently, Ingrid was reading a story to students during a virtual class. One of her student’s younger siblings cuddled up next to the girl. At the end of the class, Ingrid learned that the student’s mom and another sibling were also in the room.

“So I was actually teaching to four people,” Ingrid Fournier said. “And so for people saying that we're not being transparent, I don't know. When I'm in their living room on their big screen TV, I don't know how much more transparent we can be.” 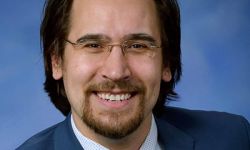