Will Michigan students take M-STEP test this year? Here’s what we know.

The state is expecting Michigan schools to remain open to in-class learning this year, and has made it harder for districts to switch to remote instruction. (Shutterstock)
March 29, 2021
Ron French (Email)
Talent & Education
Michigan K-12 schools, Coronavirus Michigan

April 26 update: Some Michigan schools allow students to say ‘no thanks’ to M-STEP tests

It’s still unclear, though, which students would have to take the test if it is administered, and what those results will be used for.

The Michigan Department of Education sent a memo to public school districts, telling them to prepare to administer the test, which is given annually to students in grades 3 to 8. A Michigan Senate bill recommended shelving the test this year, and the U.S. Department of Education on Friday informed the state  it could skip the accountability measures of the test this year, but might still have to give the test anyway.

With tests scheduled to begin to be administered in mid-April, schools are running out of time to figure out what’s happening with the test.

There could be more guidance coming from federal officials at some point soon, but here’s what we know now.

What is the M-STEP?

The state test allows cross-school comparisons of student achievement, as well offering clues over time as to whether schools are lagging or improving in academics.

The federal Department of Education requires all states to have a test similar to M-STEP.

It is normally administered in the spring, but was shelved last year because of the pandemic.

Is Michigan giving the test this year?

While there’s still a chance the test will be canceled again this year, it now seems more likely that it will be administered.

In February, the federal education department told Michigan and other states they were required to administer a standardized test this spring. That same letter said states could ask to substitute their normal test (in Michigan’s case, the M-STEP), for different, less time-intensive assessments.

Michigan asked to substitute benchmark assessments that schools were already giving students. They were still waiting for an answer Monday.

State Superintendent Michael Rice, State Board of Education President Casandra Ulbrich and many school and political leaders don’t want to give the M-STEP to students this year, arguing that learning has been so different between schools and between families that standardized tests won’t yield useful information.

Last week, U.S. Secretary of Education Miguel Cardona said in a speech that the tests were important, even while the pandemic continues.

With only weeks before testing begins and no firm ruling from Washington, Michigan schools are running out of time to make plans.

That’s why state officials informed school districts to prepare their school schedules to administer the test, which takes between three and a half hours and six hours, depending on the grade.

Will all students be required to take the test?

For this school year, federal education officials have waived the requirement that at least 95 percent of students take the test.

A state schools spokesperson said there was no guidance yet being given to schools about who will be required to take the test.

But Ulbrich, the state board president, said students who are learning online this year won’t have to take the test because of the federal waiver, since the M-STEP is administered in-person.

“If you haven’t been in class because it’s not safe to be there, we’re not going to expect you to show up just to take a test,” Ulbrich said.

Fully-remote students likely will be given an option to come into school to take the test if they wish, Ulbrich said.

Less clear is what will happen for those who attend schools that offer hybrid instruction or those that had been in-person but recently went remote because of outbreaks.

What will the test results be used for?

This year, not much.

While not (at least not yet) allowing the M-STEP to be canceled, federal officials did on Friday waive a number of ways the test results are normally used for accountability.

For this year, Michigan will not be required to use the results to measure statewide academic progress, differentiate schools by achievement, or target low-scoring schools for additional support.

That means it’ll be up to the state to decide how much merit to give the test results. And since the state superintendent has already said any test scores from this pandemic school year will be invalid, it’s unlikely the data will be used to hold students or schools accountable.

M-STEP scores are normally used as a metric in teacher evaluations, and for the first time this year, were to be used to determine which third-graders are recommended to be held back in grade because of low test scores.

Both may be put off for the year, as part of bills working their way through the Legislature.

“This has been an extremely challenging year for students and educators,” state superintendent Rice said in a statement. “(The) waiver of federal accountability requirements recognizes that our schools are still navigating their way through a deadly pandemic that continues to grip our state and nation.” 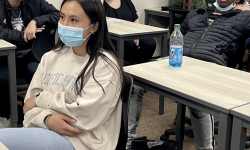 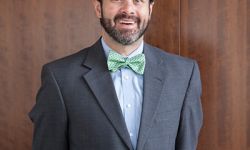 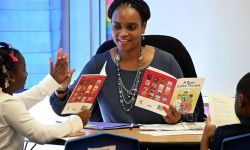