Citizens cannot do their job of running their government if they don’t know what their public servants are doing. Bridge will take you beyond the political food fights into the policy decisions that affect everyday life. 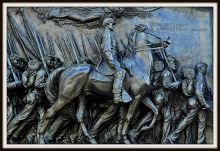 A Republican civil war plays out in Michigan

Michigan GOP primary foes wage a battle of ideas and tone, echoing similar struggles within the party in Washington and elsewhere.

A primer for a primary with national themes

Obamacare giveth, but courts could taketh away

A federal court case could set the stage for the repeal of Obamacare tax credits, and drastically raise health-care costs for 250,000 Michigan residents. A final decision is likely a year away.

Q&A: Home is what you make it

There are many cities that can be improved with planning that turns public spaces into the heart of those communities. Michigan’s “placemaking” chief explains how. 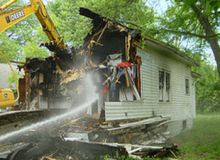 Michigan has one of the most aggressive receivership laws in the nation, giving emergency managers extraordinary power in distressed communities, but leaving hard feelings in their wake. Other states have had a smoother ride by involving elected leaders in turnaround plans, rather than shuttling them to the sideline.

Politicos were out to get me, says emergency manager

Political reformers, with hardly a friend across the aisle, press on in Michigan

Redistricting reform, election reform and finance reform all have their supporters in Michigan, but most have Ds after their name.

After a disastrous launch, Michigan residents are flocking to the Affordable Care Act. Yet the rates all those newly insured vary widely depending on where you live. A lack of competition in some local markets raises questions on why the same kinds of coverage have such different price tags across the state.

Nearly 270,000 low-income Michigan residents signed up for expanded Medicaid in less than two months. While officials project that number to explode, critics fear the program will prove too costly to sustain.

Is Michigan wasting 20,000 teen lives – and at great expense?

Michigan is among a dwindling number of states that prosecute 17-year-olds as adults, even though teens are more likely to commit more crimes when placed with adults. Most teens prosecuted as adults committed nonviolent crimes.

How one county keeps troubled teens out of prison

Innovative programs in Berrien County are going to teens’ homes, not waiting for teens to find trouble. The result: recidivism is down sharply. 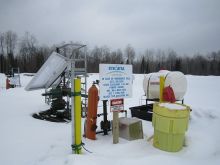 Proposed rules require more testing around drilling sites and disclosure of the chemicals used by energy companies. Environmentalists call the rules a step forward, but not nearly enough to protect Michigan waters and public health.

Michigan gets serious about high cost of prisons

Michigan prisons have increased seven-fold as a percentage of the state’s budget since 1980. Michigan also holds prisoners behind bars far longer than other states, a cost that conservatives say the state can no longer afford.

In 1988, Judge Norman Lippitt sentenced Karen Kantzler to life in prison for killing her husband, who she said was abusive. Lippitt never imagined she would actually spend her life behind bars.

Republicans are rethinking the wisdom of “tough-on-crime” formulas of the past, as they eye alternatives to incarceration.

Are Michigan’s restrictions on gay and abortion rights holding state back?

Recent restrictions on gay rights and abortion coverage in Michigan raise questions about whether these laws are stunting the state’s economic recovery, and making it more difficult to attract talent.

Gay and abortion rights laws at issue in Michigan

Debate over gay and abortion rights has been percolating in the Michigan Legislature and courts for years. Here are some key issues and legislation that have framed the debate

Anti-tax. Anti-gay. Anti-Obamacare. That’s all you need to know about brash Tea Party favorite Tom McMillin. Or is it? A growing chorus of progressives are finding common bond with the Rochester Hills Republican.