The Safe Banking Act, which would expand marijuana entrepreneurs' access to financial services, had bipartisan support in the U.S. House and is now before the Senate. (Shutterstock photo)
May 13, 2021
Olivia Lewis
Urban Affairs
Michigan marijuana, Detroit

Michigan was the first state in the Midwest to legalize recreational marijuana. Now it’s counting on federal legislation to allow budding entrepreneurs and banking institutions the capability to work together.

The U.S. House passed the Secure and Fair Enforcement (SAFE) Banking Act of 2021 in April. The bill, now in the Senate, would allow banking institutions to accept money from, and grant loans to, legitimate marijuana-related businesses without repercussions. Stakeholders in metro Detroit say that should the proposed legislation pass, more financing opportunities would become available to Detroit-area marijuana entrepreneurs seeking to enter and already in the market.

Mike DiLaura, of House of Dank, said the legislation is the “first chip in the wall of deregulation,” and will affect future funding and compliance.

Currently, financial institutions are prohibited from accepting electronic payments, cash or checks from cannabis businesses. Some cannabis entrepreneurs say this requires industry professionals to have large-scale capital on-hand. It also means entrepreneurs need access to networks to find partners that are willing to fund the initial steps of their business.

The marijuana industry has largely been a cash business in the past. The legislation would greatly change that practice as business owners would be able to apply for financing and deposit funds to larger, more traditional banking institutions.

DiLaura said he doesn’t know of any banks that currently help entrepreneurs get into the cannabis industry.

However, DiLaura says credit unions have been helpful because of their willingness to deposit cannabis dollars. His one gripe: Credit unions don’t typically return those dollars to the industry to finance marijuana start-ups.

“We are a nation that supports entrepreneurism, but in this instance, we completely shut it down and only allow these men and women that have access to capital,” he said. “So the huge, huge thing with this is creating access to funding.”

Gov. Gretchen Whitmer signed a letter in April with 20 other governors asking congressional leaders to support the SAFE Banking Act for greater public safety and transparency in the industry. The governor has also said that because voters approved the legalization of marijuana, the government should comply.

“To be blunt, legalization is great for the economy: It creates jobs and boosts tax revenue that can go towards our schools, communities and first responders. This legislation ensures that Michigan’s marijuana businesses can grow and access the same resources that all legal businesses can,” Whitmer said in a release.

Detroit City Council approved a recreational marijuana ordinance last fall with a built-in social equity component. The Legacy Detroiter program is supposed to provide access to long-term Detroit residents and Detroiters who may have been affected by the criminal system’s policies regarding marijuana before the drug became legal.

Hundreds are said to have applied to the Legacy Detroiter program, which also secures discounted application fees and property sales for those who are approved. Though intended to assist Detroiters in gaining access to the industry, a lawsuit has surfaced that has paused the Legacy Detroit application process. A judge is expected to review the pending lawsuit at the end of the month.

Detroit City Councilman James Tate, whose team crafted the city ordinance, said they anticipated lawsuits. In the meantime, he’s working on crafting a zoning ordinance that would create more space for cannabis entrepreneurs to house their businesses in the city. The zoning changes, paired with the federal legislative changes, would create more access to the industry for Detroiters, Tate said.

“From the beginning, that’s always been the intention, to find resources, or to identify and be able to allocate various resources to Detroiters to be allowed and to be able to flourish in this industry,” he said.

The SAFE Banking Act had bipartisan support in the U.S. House which leaves advocates of the legislation hopeful that it will pass the Senate as well. Patricia Herndon of the Michigan Banking Association, said allowing more service providers to a level playing field will automatically serve the market in a positive way.

“If the SAFE Banking Act passes in Washington, that will create a little more certainty and a little more safety net for banks across the country to engage in this process,” Herndon said. “I think that would bode well for general competition within the depository business environment and should be good for the cannabis business.” 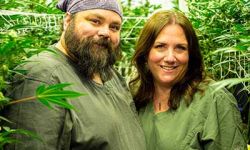 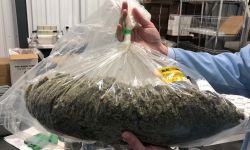 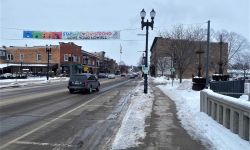