Foreclosed for the cost of an iPhone. That’s life in Wayne County.

Urban Affairs
Foreclosed for the cost of an iPhone. That’s life in Wayne County.

Antoinette Coleman lost her home for less than the cost of an iPhone.

After 30 years of paying the mortgage on her neat, three-bedroom brick home on Detroit’s east side, the retired Defense Department technician was foreclosed last year because of unpaid taxes of $291, records show.

“I’m almost 70 and here I am, being evicted out of my own house,” Coleman says.

“You know that’s not right. … You have to be very vigilant.” 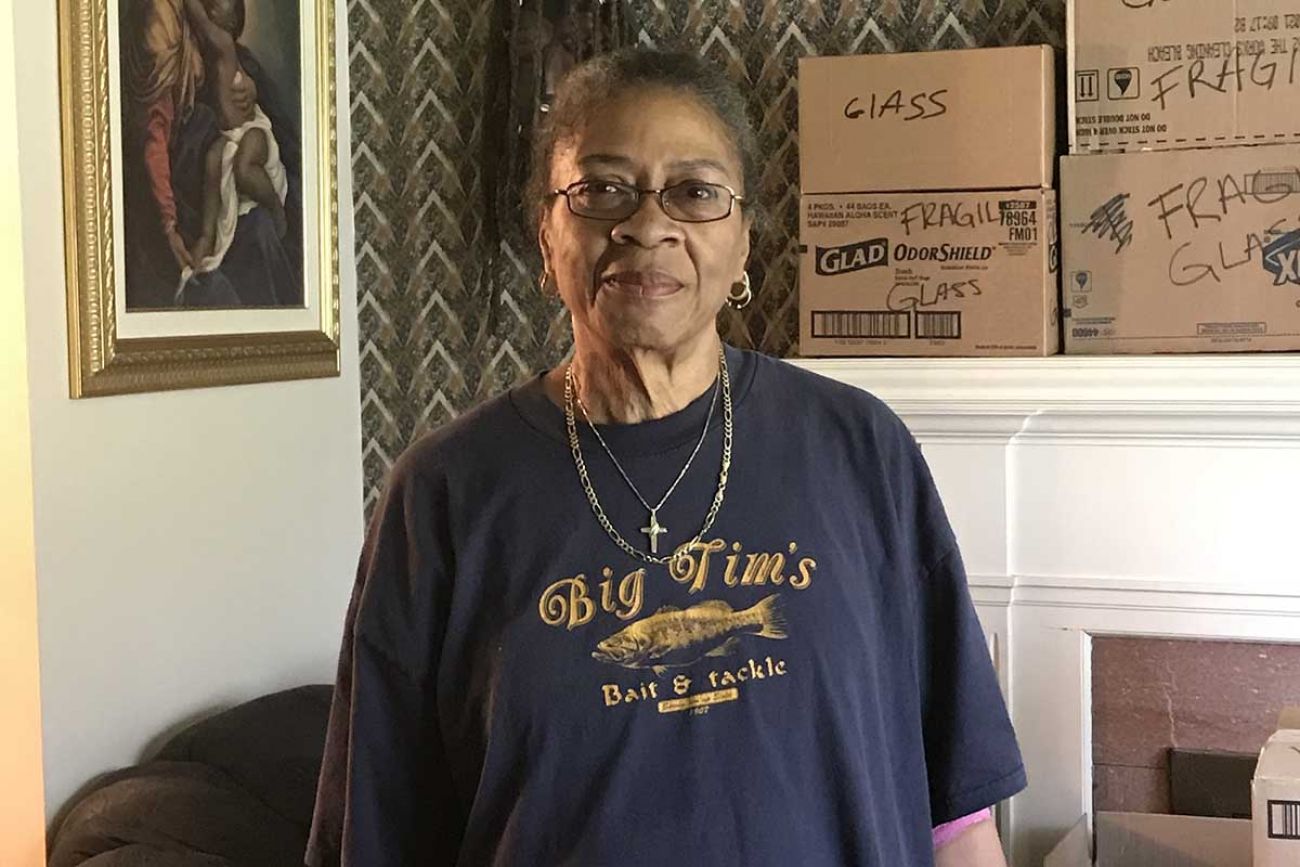 How could such a thing happen? Coleman wasn’t vigilant. For years, her taxes were rolled into her mortgage payment, she says, so she didn’t realize when the bills became her responsibiliy.

But Coleman also has the bad luck of living in Wayne County, which has become the nation’s undisputed leader in tax foreclosures, seizing and selling more than 150,000 properties over the past 15 years in Detroit alone.

The treasurer doesn’t discriminate when it comes to debts: The amount is “not considered” in foreclosing homes, said Mario Morrow, a spokesman for Wayne County Treasurer Eric Sabree.

Last year, almost 2,800 owner-occupied homes in the county were foreclosed for debts of less than $1,000.  All but 106 of them were saved by their owners, either by paying back bills or entering into payment plans, Morrow said.

This year, another 7,200 homes are listed in county records as “likely to be foreclosed” if owners don’t enter into payment plans by June 7. Just shy of a third of those, 2,479, owe less than $1,000. More than half of those homes are occupied, according to treasury records.

Policies vary among counties throughout Michigan when it comes to foreclosures, but the sale of homes for small debts is a largely unknown byproduct of a foreclosure crisis that has been likened to a natural disaster.

“I’m living and breathing this every day,” said Linda Smith, executive director of U-Snap-Bac, a housing nonprofit on Detroit’s east side.

Last year, her nonprofit paid back taxes for 105 people who owed less than $1,000 in taxes, allowing them to stay in their homes. U-Snap Bac was part of a group of nonprofits that stepped in with about $50,000 to pay back taxes of property owners facing foreclosure for less than $1,000.

Outreach from her group, nonprofits, the county, City of Detroit and others are one reason tax foreclosures have dropped to their lowest level in years, falling to 6,315 last year from 24,793 three years ago. Last year, just 4,066 of those homes were sold at auction.

Morrow said Sabree is working hard to make it easier for Detroiters to pay taxes and avoid losing their homes. Last year, 15,319 homes were saved from foreclosure because the treasurer made deals to put residents on payment plans.

“Lower interest rates for owner occupants have helped reduce foreclosures,” Morrow said. “The availability of payment kiosks have made it easier for owners to pay. People are now more aware of the options available.”

For years, Wayne County declined to foreclose on homes that owed small amounts, typically less than $2,700.

The practice began under former Treasurer Raymond Wojtowicz, but it was discontinued about seven years ago because so few Detroiters were paying taxes. As recently as 2011, less than 50 percent of residents were paying property taxes in the city, according to a Detroit News investigation.

Coleman said she didn’t realize she owed taxes until she got a notice from the county last year that her home was going to be auctioned. Coleman’s tax debt was nearly $6,300, but she reduced her obligation to $1,100 because she qualified for a poverty exemption.

Coleman set up an automatic payment plan for the back taxes, but she said she did so incorrectly and didn’t realize her mistake until it was too late. She was $291 short of her goal when her home was auctioned in September to a Las Vegas company called Local Money, LLC, records show.

Coleman said she didn’t know her home had been sold at auction until the buyer showed up at her door.

"I should have gone back downtown and double checked those taxes were being paid," Coleman said.

Coleman’s house is on the eastern side of Outer Drive, a 37-mile boulevard that criss-crosses the city. On the western side is a similar neat brick home foreclosed on by the county last year.

Ngare said he had no idea what the original debt was when he bought it.

“It’s crazy. I would never have guessed that somebody could lose their home over so little,” he said.

“I’ve been a community organizer, and I have gone knocking on doors, hundreds of doors over the years, talking to people about how they can save their homes. I feel conflicted, for sure.”

Michigan law compels counties to have a property tax auction and sets general parameters, but all counties operate theirs differently. To the north of Detroit is Oakland County, whose tax auction is about one-eighth the size of Wayne County.

Oakland doesn’t have a rule about not foreclosing on properties that owe only hundreds of dollars in taxes. In a statement to Bridge, the Oakland County Treasurer Office said “we use our judgement and consider every property on the individual merits.”

The tax auction is supposed to make money for the county, and sometimes these low-dollar foreclosures do provide a windfall.

One two-story brick Victorian house in the heart of Southwest Detroit went to auction for a tax debt of $505.79 last year and sold for a final bid of $108,000.

In a mortgage foreclosure any money from the sale above whatever the debt and costs makes its way back to the former owner. About a dozen states have the same process for tax foreclosures too, but not Michigan.

The likelihood of a low-dollar foreclosure making money is almost equal to the likelihood these homes will end up on the other side of the county’s balance sheet because some of them don’t sell at auction.

Auction records show this happened to five occupied homes foreclosed on for less than $1,000 last year. These houses were transferred to the Detroit Land Bank Authority, which owns more than 32,000 properties with abandoned homes or businesses.

‘There are people in worse situations’

The situation has prompted relief efforts from Smith’s group, U-Snap-Bac, but she said taxpayers also need to look in the mirror.

“Part of the responsibilities is with the homeowner,” she says. “You have to pay the taxes and pay for city services.”

Smith said the problem is compounded by poverty. The city's’ median household income is $26,000, and just under 40 percent of residents are impoverished, according to the U.S. Census Bureau.

“I’ve never talked to anyone who said, ‘I don’t pay taxes because I don’t want to,’” Smith said.

Morrow said he’s “unaware if private donors will do something like this again.”

Back on East Outer, Coleman is packing boxes and pondering her next step.

“The bailiff will be here any day,” she said.

She is planning on moving into a relative’s home until she can figure out what to do next. Coleman said much of her neighborhood has become rentals in the past 10 years or so, and she’s upset at what’s happened to Detroit.

“It’s almost like people from outside are saying ‘this is what I want, and this is what I’m going to take,’” Coleman said.

“This is my home and I don’t think I should have lost it through an error. I’m very upset. But there are people in worse situations than I am.”

Sarah Alvarez is director of Outlier Media, an SMS news service in Detroit