Business Watch
‘This is the big one.’ Michigan celebrates landmark $7B GM investment

LANSING —  For once in Lansing, everyone was smiling: Democrats and Republicans, big labor and big business.

They had seven billion reasons to smile.

Michigan spent the last four months accelerating its efforts to land one of the massive automotive manufacturing projects seeking a site in the U.S.

By Tuesday, the deal became official: General Motors Company chose Michigan for its largest single investment ever, $7 billion that will be spent in two communities to generate the framework for the company’s future.

The move “will help us make our home state the epicenter of the electric vehicle industry,” GM Chair and CEO Mary Barra said during an announcement in the Senate Hearing Room at the Boji Tower in front of legislators, state officials and GM workers.

It’s accomplishing that goal by building battery production infrastructure just outside of Lansing and adding more EV truck-assembly capacity at its Lake Orion factory, at a scale that forecasts the need between the two sites for up to 4,000 new workers.

And it’s getting help from the state, which approved $666 million in new incentives on Tuesday ahead of the announcement, along with property tax breaks of $158 million.

The battery factory — GM’s third of four planned for Ultium Cells LLS, its alliance with South Korean partner LG Energy Solution — will be built on GM property in Delta Township, west of Lansing, next to its assembly plant there. Costing up to $2.5 billion, the 2.5 million-square-foot battery factory will employ up to 1,700 workers when it opens in 2025.

In Orion Township, about 40 miles north of Detroit, the existing Lake Orion plant will expand by 3 million square feet. The $4 billion effort will allow production of the Chevrolet Silverado and GMC Sierra EV pickups by the time it opens in 2024, employing about 2,350 new workers. 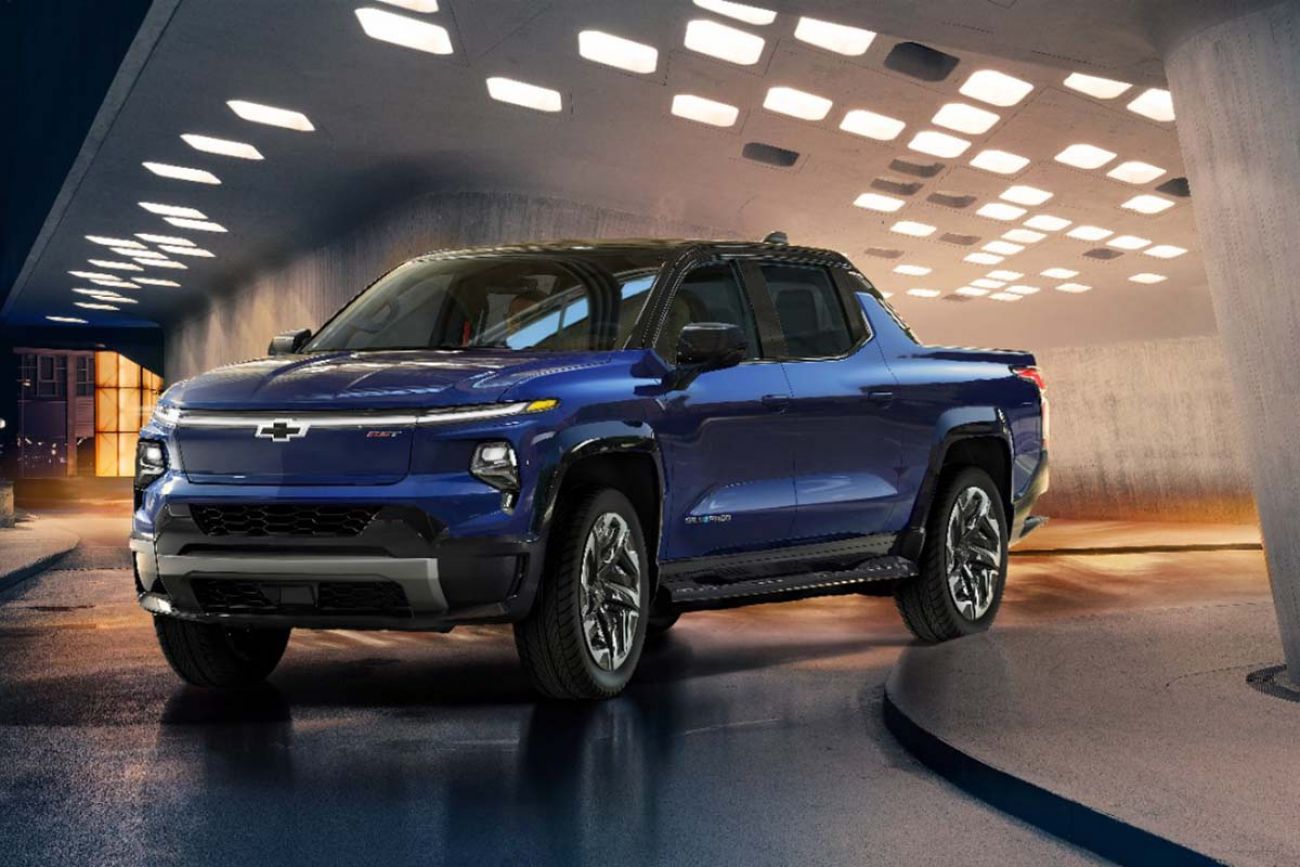 GM introduced the 2024 Chevrolet Silverado EV earlier this month. The electric version of its best-selling truck will be produced in Lake Orion. (Courtesy photo)

Orion Township Supervisor Chris Barnett compared the GM investment to planning efforts in the township that once seemed like it could transform the suburban north Oakland County community.

GM’s plans dwarf what township officials considered in dollars, scale and the potential for hiring.

“This is the big one,” said Barnett. “There will be ripple effects in our community for decades and decades to come.”

Many in the invitation-only audience recalled GM’s history over 100-plus years, which includes massive growth in cities like Detroit, Flint and Lansing in the decades before filing for bankruptcy in 2009 and downsizing that affected factories across the U.S. and in Michigan.

Yet they also celebrated what the automaker has meant to Michigan, where it still employs 50,000 and has invested $18 billion since 2011.

Some of that money came to the greater Lansing area, which fought to hold onto GM as the automaker contracted. The Delta Township plant that will be a neighbor to the new battery factory is GM’s newest automotive factory in the US, and the company continues to invest in its research and development facilities in Warren and in its world headquarters in Detroit.

“Seeing this come to a culmination is more meaningful to me than I can express,” said Senate Majority Leader Mike Shirkey, a Republican from Clarklake and a graduate of Kettering University back when it was known as General Motors Institute,  as he opened the event.

The investments, Whitmer said, should end up generating $35 billion in personal income over the next 20 years as workers are hired to build and staff the plants. 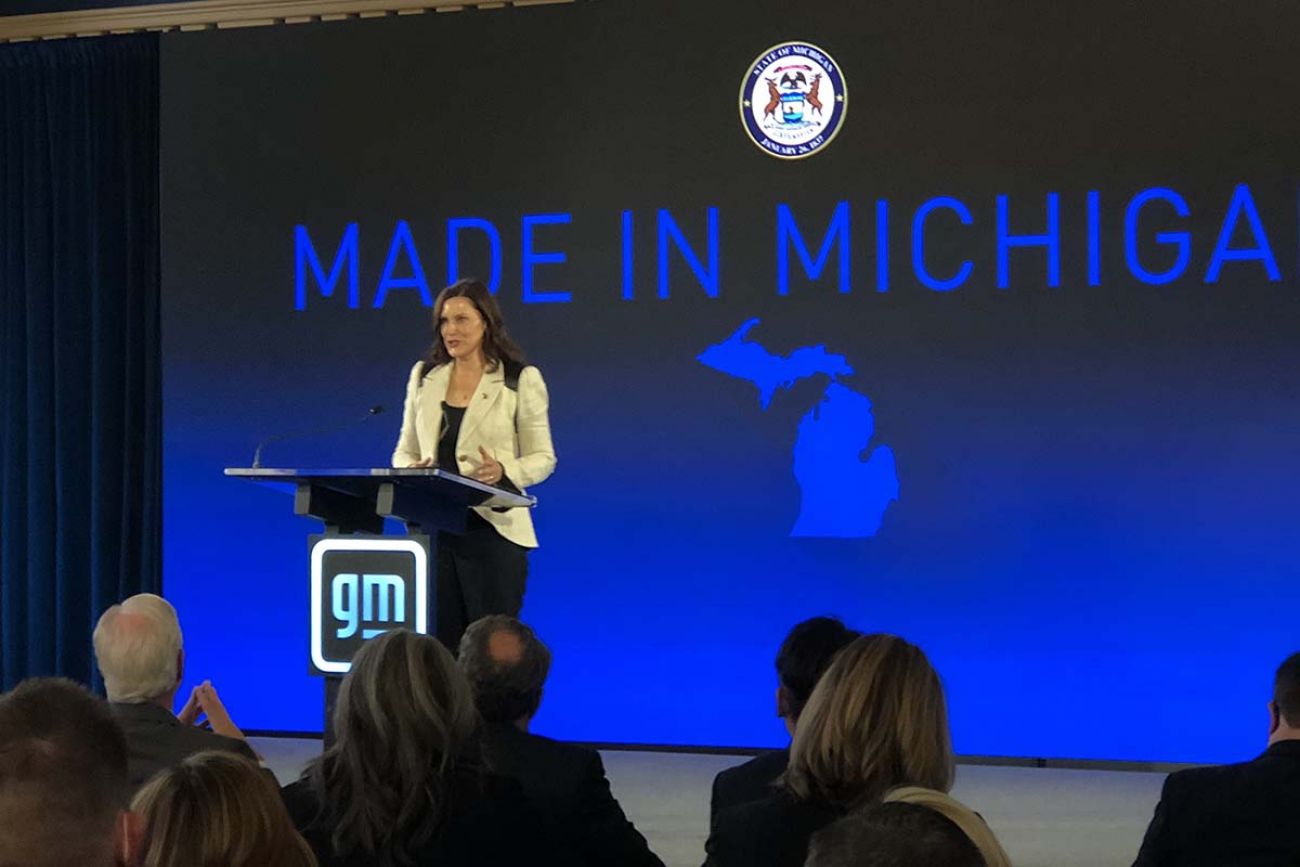 Michigan was not GM’s first or second choice for battery plants when Ultium chose Lordstown, Ohio, and Spring Hill, Tennessee. And the state wasn’t Ford’s choice when it turned to Tennessee for its new Blue Oval City, and when it picked Kentucky for battery production earlier this year.

With the GM deal, “we showed everyone that we can compete for transformational projects,” Whitmer said.

State Sen. Ken Horn, R-Frankenmuth, led the Legislature in designing and approving the incentive bills that led in December to the new, bipartisan SOAR incentive fund.

Horn told Bridge Michigan after the announcement that the legislation was proof that Michigan’s government could move beyond politics after the tumultuous years of the pandemic. So, he said, was the presence at the announcement of legislators from both parties, all of whom praised the automaker’s decision.

“International relationships and collaborations can happen in Michigan,” Horn said, describing Tuesday’s investment as the first of what he hopes will be many.  “We are fully functional as a state, as a community and as a legislature.”

Horn also joined UAW leadership in praising GM workers. He recalled being laid off from a GM factory in 1979, when “we built some pretty crappy cars.”

“We’ve learned a lot since then,” he said of Michigan’s automotive workforce and GM workers.  “We’ve built the best cars in the world, and it’s due to … employees.”

The incentives approved on Tuesday for GM are worth two-thirds of the state’s new $1 billion SOAR fund to allow higher-stakes business subsidies for large-scale projects that, officials say, will overhaul manufacturing in Michigan.

A $600,000,000 performance-based grant from the Critical Industry Program fund, which is available to companies with significant job growth and spin-off investment. This will be split by the pair of GM expansions.

A $66,100,000 performance-based grant  from the Strategic Site Readiness Program fund, which allows site preparation, utility upgrades and land acquisition. This request was made by the Lansing Economic Area Partnership economic development group.

In addition, Ultium received an 18-year renaissance zone designation on the Delta Township property. The move — which removes non-millage tax payments for the duration of the zone — will be worth an estimated $158 million.

Officials at the Michigan Economic Development Corporation told the Michigan Strategic Fund — the public funding arm of the public-private agency — that the financial requests address “the cost disadvantage of locating the project in Michigan when compared to competing sites” located outside of the state, that included “competitive incentive offers.”

The incentive request also was critical for the state to retain jobs as the auto industry shifts to all-electric production. GM, for example, expects to have 30 EVs in its global product lineup by 2025. Establishing the battery plants along with production capacity expansion positions the automaker for more control over the supply chain, which suppressed profits and production as critical components were not available over the last two years.

The MEDC called all of them “pathway jobs,” due to the wages, training capability and benefits.

President Joe Biden noted in a statement that GM’s decision is the latest in over $100 billion of investment this past year in American auto manufacturing to build electric vehicles and batteries. Among the changes are the federal Bipartisan Infrastructure Law, which will set up more than 500,000 EV charging stations and create a national charging network as automakers race toward the overall federal goal of 50 percent EV sales by 2030.

GM’s move is a business decision with its battery partner, but the company also seemed to cheer that it has the potential to solidify its future in its home state where its existing workforce has labored through a pandemic while still facing the uncertainties of electrification.