Customers for home appliance items are finding it can take months or more for a particular product to arrive at their local store. (Shutterstock)
August 30, 2021
Paula Gardner (Email)
Business Watch
Coronavirus Michigan

One day in early August, 20 customers of Big George’s Home Appliance Mart in Ann Arbor received the call they’d been waiting for, in some cases since spring: Updates on their purchases.

But instead of setting up a delivery date, they were told to brace for another delay. Maybe one month. Maybe three.

“I think people are at their wits’ end,” said Mark Bishar, vice president of marketing at Big George’s. “They don’t know what to do.” 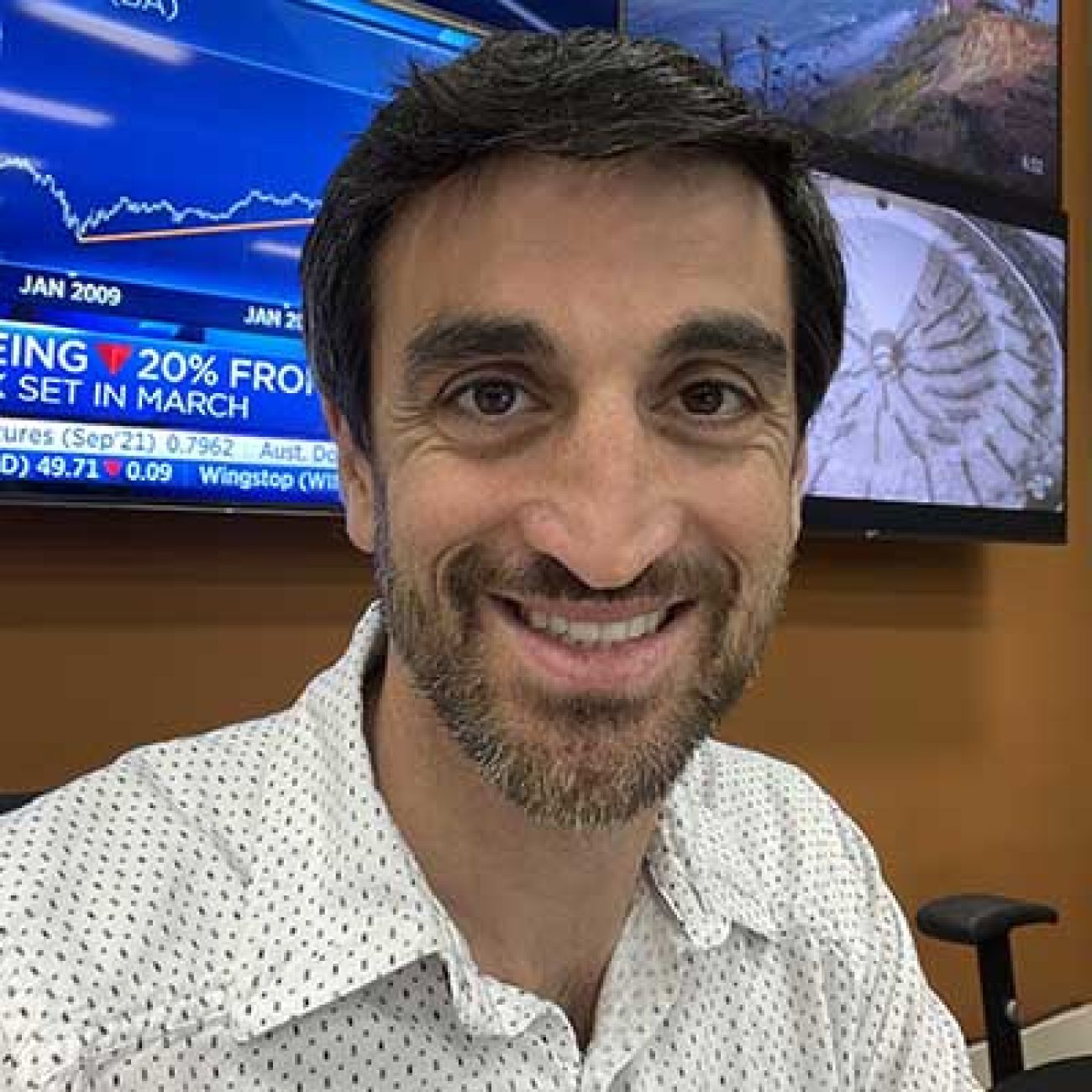 Bishar said employees at the company’s three showrooms have come to dread these calls. “They’re disappointing people,” he said. It’s happened so frequently that staff undertook de-escalation training to help manage customers’ anger and disappointment — sometimes followed by talks with customers’ lawyers when they think that can help. (It doesn’t).

Home appliance shortages began last year as COVID-19 slowed production in the U.S. and worldwide, starting with raw materials manufacturers and reaching into the assembly factories.

As dealers started to deplete supplier inventories to meet growing demand from customers spending more time at their homes and more money to improve them, they hoped late 2020 production would pick up and this year would improve.

Instead, for many, it’s gotten worse.

“Normally, 97 percent of the items I sell I can get in three weeks,” Bishar said of the inventory sold at the company’s three stores, which also include Big George’s in West Bloomfield and Witbecks in Petoskey. “Now it’s 10 percent.”

The company’s new strategy: “hoarding whenever we can.”

That’s not unusual this summer for Michigan’s independent appliance stores, where owners say they’re “ridiculously busy” and posting record sales even as the industry struggles with a stunning lack of products.

The shortage is expected to stretch into 2022, with uncertainty over how much the delta variant will continue to impact overseas production; not just for home appliances, but for items like apparel and electronics. COVID vaccinations lag in many Southeast Asian nations, for instance, including Vietnam, where the variant caused a spike in outbreaks and deaths earlier this month.

In the meantime, customers at stores like Big George’s still get the dreaded calls telling them they’re still in line, maybe joined by hundreds of other customers, for in-demand products.

At Decker & Sons in Grand Rapids, exasperated customers call “all the time,” said salesperson Terri Barton, wanting to know what’s in stock and when they’ll see their order delivered.

Specialty kitchens orders for new homes can take 15 months. Some customers “have been waiting for over a year,” Barton said. “They’re still waiting.”

Early this year, a survey by the National Association of Home Builders found that 90 percent of builders experienced some delay in obtaining appliances  — particularly the refrigerators, stoves and dishwashers that often are part of a new home design package.

By May, appliances topped the shortage list of 95 percent of builders, who struggled to find wood, bathroom fixtures or other products as raw materials shortages, manufacturing delays and transportation logjams choked the supply chain.

Those issues are deepening and broadening, dealers said, extending timeframes for delivery to stores and consumers even as demand stays strong.

Some manufacturers limited or paused making some lower-price products to focus on models that make them more money, further tightening supplies across product lines.

Pete Kossaras, co-owner of  Kurt’s Appliance Center Inc. in St. Johns, north of Lansing, said that’s why refrigerator customers will have more luck finding one in a French-door style. Side-by-sides? “Forget about it,” he said.

Color selection is also changing as a result of manufacturers only investing their limited capacity to what’s most popular. If you’re looking for stainless steel, you’ll find it, Barton said. White, black, and even black stainless, she said, are harder to find.

Depending on brands, dishwashers and top-load washing machines were among some of the most difficult items to find over the summer.

Company officials attribute that to consumer demand, but analysts on a July 22 call with corporate leaders also noted that the company — maker of brands like Maytag, Amana and Kitchen-Aid – is “still trying to catch up” and unable to expand its market share as a result.

The situation also is forcing appliance dealers to scramble.

At the so-called “big box” level, such as Home Depot and Lowe’s, the chains’ size and buying power allow them to use their connections with manufacturers to get products or even acquire international cargo ships for their own use, which Home Depot said it did in the second quarter.

But “our in-stock levels are still not where we want them to be” for most of its products, said Ted Decker, Home Depot president and chief operating officer, in a conference call this month after reporting 8.1 percent quarterly sales growth.

The degree of shortages, he said, is leading customers to buy what’s “in stock on the shelf that particular day” and, in the case of appliances, they tend to be more expensive.

Independent retailers, which account for about 25 percent of U.S. appliance sales, are playing to their market strength, said Bishar of Big George’s, with specialized customer service and a nimble approach to buying and selling.

For example, he said, Whirlpool or Samsung may not take the stores’ orders as the shortage continues, but the chain’s vendor representative now has more authority to make snap buys when products suddenly become available. That helps, for example, when he receives an email from Electrolux saying 65 dishwashers are in stock and available to ship in three days.

“He’s so quick to find out when something’s available,” Bishar said. “He doesn’t have to ask anybody. He just buys 40 of them.”

Notes will go out to customers telling them the coveted appliances are heading for the warehouse. Soon, they’ll be sold out, Bishar said.

That type of scenario is playing out over and over, he said, as the store watches for products it thinks customers want. Big George’s has tried a few new brands and buys far more on speculation, including $15,000 built-in refrigerators.

That’s also happening at Decker & Sons, which sells to consumers and works with builders and apartment complexes in greater Grand Rapids. Staying on top of bulk sales means the company has to buy higher volumes than usual, when it’s available. It now has products stuffed into semi-trucks and three warehouses.

The store once was exclusively a Whirlpool dealer, but made the switch before the pandemic to other brands, including GE and LG, both of which are able to supply more products this year.

Without making that change, Barton said, “We wouldn’t have had anything to sell.”

Even with the product shortages, stores are posting sales gains. Kurt’s saw sales climb “substantially” in 2020, Kassara said, and they’re up again this year. At Decker & Son, Barton called 2021 “the best business year we’ve ever had.”

Big George’s went from 90 employees down to 35 at the height of the pandemic restrictions. Today, all but two of them are back, along with nearly 30 more, including five who work in a newly expanded online sales team. The company also is acquiring a 60,000-square-foot warehouse south of Ann Arbor — three times the size of its old one — to facilitate the way it has to do business, including bulk buys and storage for customers building homes.

Induction cooktops, many of which rely on the scarce microchips that also are stalling auto production, may not arrive until next April.

Anyone seeking a set of matching appliances may wait longer.

And customers who want a specific brand or set of features may learn that the estimated time frame for delivery is anywhere from one to six months. Someone who won’t consider all of the available in-stock options had “better cross their fingers,” Kassara said, if they insist on ordering.

Prices are climbing, too, based on raw materials and transportation costs. Consumers who suddenly need to replace an appliance may be surprised to see fewer manufacturer or store promotional prices.

“We normally have a ‘buy’ or a special deal,” Bishar said,  “Now our special deal is: ‘This is the only way to get something into your house.’”