Michigan stores are reopening. Masks are required. Who’ll enforce it?

When Twelve Oaks Mall opens Thursday for the first time since late March, differences will be visible at the Novi shopping center.  There won’t be seating in the food court. Maybe one-third of the stores will be ready for customers.

And shoppers will be told to wear face masks.

“We will have a lot of messaging around the shopping center,” said mall manager Daniel Jones. “Signs will be posted at the entryways that a mask is required.”

But who will enforce that?

Twelve Oaks joins other retailers and shopping centers in Michigan in making their own decisions about how to handle customers who attempt to enter without face-coverings during the coronavirus pandemic.

That’s been the case in Michigan since April 26, when Gov. Gretchen Whitmer mandated masks in enclosed public spaces for anyone physically able to wear one.

But the order still comes without criminal penalty. And as thousands of additional retail stores around the state are now allowed to open (in some regions with exceptions) that means more potential flashpoints between store management and customers. Some customers expect all fellow shoppers to wear masks. But some shoppers are resisting.

It’s a difficult situation for the stores and shopping centers, said Meegan Holland, spokesperson for the Michigan Retailers Association.

“Most retailers I know want their customers to wear face masks,” said Holland. But, she said, without police enforcement, stores have few options when customers don’t.

Adding to the pressure: Some shoppers are vocal about wanting face masks worn in stores, notably on social media. For retailers trying to rebuild lost sales, maintaining unenforceable rules will be the key to getting customers to feel safe and come back, Holland said.

Posting signs asking shoppers to wear masks will only go so far when customers won’t comply.

“It’s up to a retailer, by refusing service,” Holland said. “And I’ve already witnessed where that caused tension.”

Another retailer told Holland she’d been “flipped off” when asking someone to wear a mask.

“Those retailers are standing there all day long, being exposed,” Holland said. “People need to do that to protect them.”

The U.S. Centers for Disease Control and Prevention recommends that everyone (with and without symptoms) wear cloth face-coverings when leaving their homes, according to its COVID-19 guidelines, to reduce the risk of community exposure.

“Since people may spread the virus before symptoms start, or even if people never have symptoms, wearing a cloth face covering may protect others around you,” according to the CDC. “Face-coverings worn by others may protect you from getting the virus from people carrying the virus.”

It’s a divisive issue. President Donald Trump’s visit to Ford Motor Co. in Ypsilanti on May 21 and drew criticism online and from Michigan Attorney General Dana Nessel for not wearing a mask in front of cameras. Democratic challenger Joe Biden wore a mask to a Memorial Day event, drawing criticism from Trump.

Incidents have been reported around the country of people either ridiculing mask-wearers as fearful or demanding that people without facial covering leave a public space. Some conflicts turned physical, including shoppers in Holly and St. Clair Shores who face allegations of assaulting store employees after they were asked to wear masks.

And in Flint, four people are standing trial for the killing of a Dollar General security guard who’d requested one of them, a customer,  to wear a mask.

The concerns among retailers are only growing now that more stores are opening, Holland said.

Shoppers also face the question: What if they expect store employees and fellow shoppers to wear masks, but that’s not happening?

Fewer than half of Michigan business owners polled would require customers wear face masks if they were discretionary, according to a survey conducted May 12-20 by the Michigan Chamber of Commerce and the Michigan Bankers Association.

Another 20 percent were unsure, and almost 5 percent didn’t answer.

But almost 27 percent of respondents said they would not require masks.

The retailers group soon will be offering de-escalation training for employees who are confronted with customers who decline to wear masks. 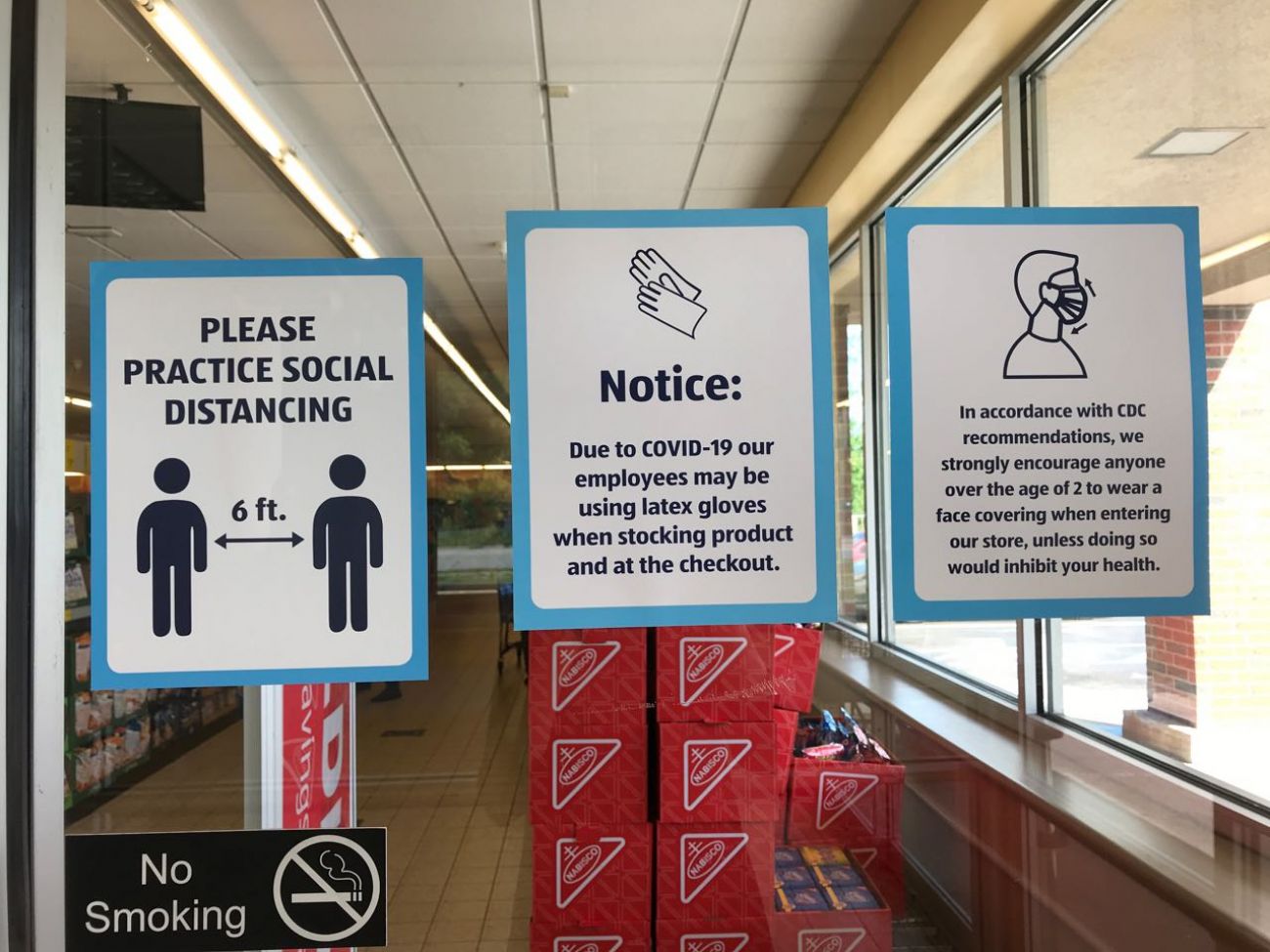 Some stores will have extra masks on hand to offer customers. They’re also coming up with ways on their own to diffuse mask situations.

“We told them we’d be happy to set up a time after hours to come back and shop,” said Dawn Gray, manager at Momentum Outfitters in Traverse City, after two customers pushed back on store requests last weekend.

Jones, the Twelve Oaks manager, said customers there are likely to see both employees and other shoppers wearing masks. The expectation is the same in Auburn Hills at Great Lakes Crossing, which also opens Thursday. Both malls are part of the Taubman shopping center chain.

“The good thing is that we are seeing very strong compliance in other properties,” said Jones. “We believe it will be the same here. We will work with individuals, and have some [masks] available here.

“We’ll deal with it on a one-off basis.”

Holland is hopeful that civility will win. Anyone who doesn’t want to wear a mask can still be served through curbside service, she said, without arguing with employees.

“You need to do this if you want to come into their store,” she said. “Be sympathetic to the fact that they’re just doing their jobs.”