Lee Chatfield’s days-long tenure as CEO of Southwest Michigan First is prompting introspection within the regional economic development group as it confronts the tension his hiring created in the community and its own boardroom.

“Conversations have been very candid,” Carla Sones, president and interim CEO of the group, told Bridge Michigan on Monday. She called board conversations over the last week “spirited debate.”

Chatfield, who had no economic development experience, prompted opposition because he spent years blocking bills to add sexual orientation and gender identity to the state’s anti-discrimination law when he was the top Republican in the Michigan House. He left as House speaker due to term limits in December. 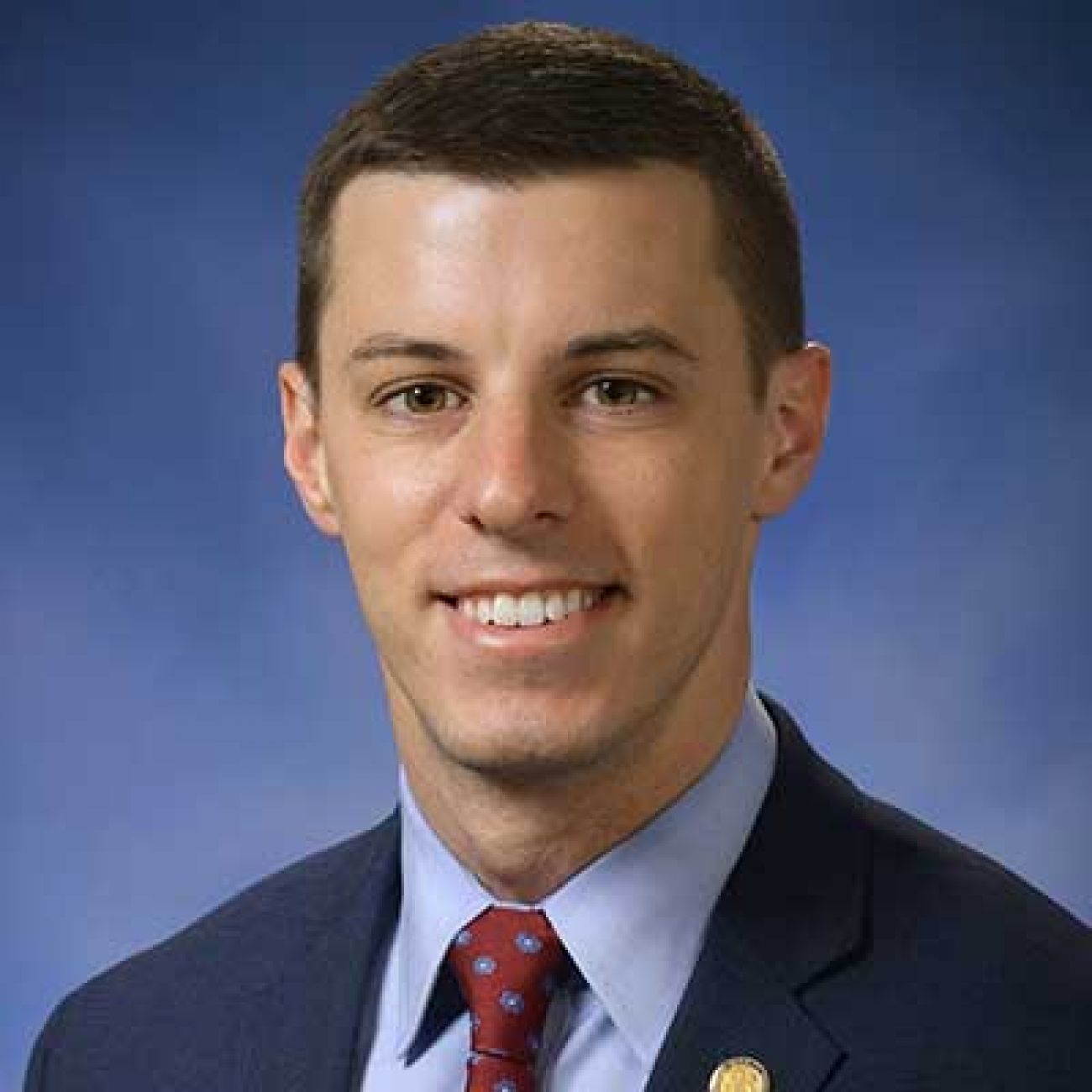 Lee Chatfield quit as CEO of Southwest Michigan First on Monday, saying he is a Christian who won’t apologize for “conservative beliefs I espoused while in office.” (Courtesy photo)

Chatfield resigned from Southwest Michigan First on Monday after widespread backlash. Last week, he told Bridge that, as CEO, he would support the corporation’s goals for LGBTQ protections. But his resignation letter mentioned that he believes in the Bible and won’t apologize for “conservative beliefs I espoused while in office.”

As the corporation starts a new CEO search and launches efforts to bring diversity, equity and inclusion into its operations, it also seeks to increase public transparency, Sones said.

Staff and some board members were surprised by Chatfield’s hire, prompting questions about the organization’s commitment to fully representing its community. Seven out of 64 Southwest Michigan First board members either resigned or are considering doing so to protest the hire.

“We’re at a moment right now where there’s a lot of work that needs to be done,” said Sones. 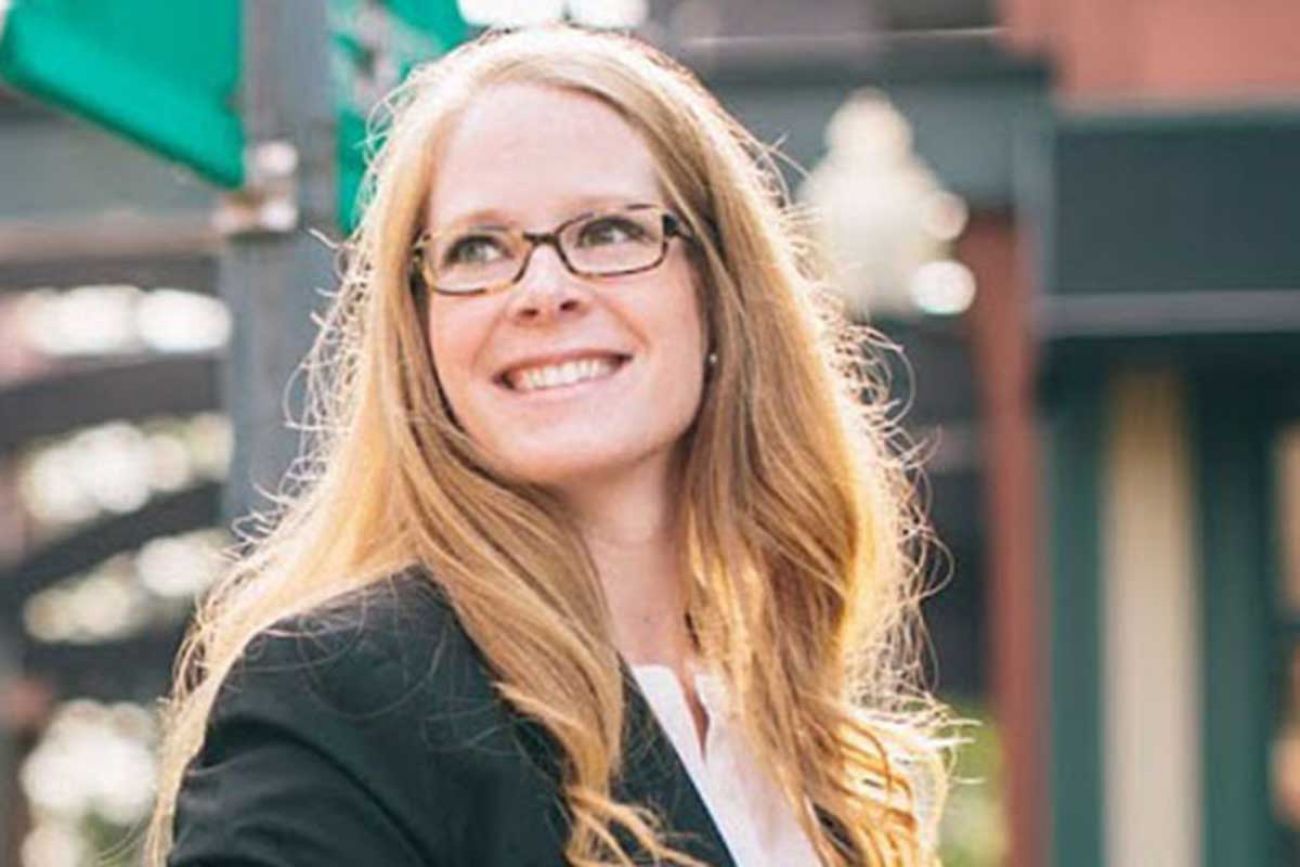 The group, she said, “will be making sure decisions made in the future are really in alignment with not only our team, but the community.”

She said she had no information on whether Chatfield received a severance for resigning.

At the same time, state Rep. Laurie Pohutsky, D-Livonia, said she believes the Chatfield controversy could give new momentum to legislation to would expand the Elliot-Larsen Civil Rights Act of 1976 by prohibiting discrimination based on sexual orientation or gender identity.

Democrats were already planning to make LGBTQ rights a priority this session, but Pohutsky now plans to reintroduce legislation Tuesday, calling it "especially timely given everything happening in Kalamazoo.”

The response to Chatfield's hire was "significant" and shows "there are ramifications for policy makers who aren't supportive," Pohutsky told Bridge Michigan.

"The business community very much wants this, and we've known now for a very long time that the majority of Michiganders support this change, so I do think given what we've seen in the past couple of weeks, we are in a better position."

Chatfield’s resignation also sends a signal to lawmakers that they’ll be accountable for their votes after leaving office, said Erin Knott, a Kalamazoo City Commission member who initiated the city’s withdrawal from Southwest Michigan First.

“You need to do the right thing by the LGBTQ community or you run the risk of not being hired post-Legislative service,” said Knott, who is executive director of LGBTQ advocacy group Equality Michigan.

Corporate America largely embraces diversity, equity and inclusion for the benefits for their workforces, public images and profits, Knott said.

But despite business support, Republicans who have controlled the Michigan Legislature since 2011 has never put an anti-discrimination bill up for a floor vote.

Pohutsky submitted her bill on Thursday with one Republican co-sponsor, Rep. Tommy Brann, a restaurant owner who also backed similar legislation in 2019. But she expects other GOP lawmakers would vote for the bill if new House Speaker Jason Wentworth, R-Clare, puts it up for a vote.

It's not clear where Wentworth, R-Farwell, stands. Asked about Pohutsky’s pending bill, a Wentworth spokesperson instead referenced a similar initiative for a potential ballot proposal, which he will look at “in detail if and when it gets to the Legislature.”

Sen. Jeremy Moss, D-Southfield, plans to reintroduce legislation identical to Pohutsky’s but is still seeking Republican support. In what would be a first, Moss said he will have at least one Senate GOP co-sponsor on the bill when he introduces it in coming weeks, but he declined to name the lawmaker now because “I'm hopeful I'm going to get more than one.”

While Chatfield first won election, in part, by criticizing a Republican incumbent for introducing a gay rights initiative, he was not one of the primary “obstructionists” in Lansing, said Moss, who was one of two openly gay lawmakers when he took office in 2014.

Moss described Chatfield as willing to listen and open to new perspectives, even if he ultimately disappointed by not putting anti-discrimination bills up for a vote.

Moss said he is concerned the Kalamazoo controversy could deter other Republicans from engaging in an honest dialogue if they fear a similar political backlash.

“We have to allow for changed minds, especially in a Republican-controlled Legislature,” Moss told Bridge.

“There are a lot of folks who want to make this episode a referendum: Either you support Elliot-Larsen now or you can never support it in the future,” he said. “And that leaves me stuck in the Legislature. I’m not going to be able to get Republican co-sponsors if I don’t allow for folks to feel comfortable engaging on this.”

The citizens group Fair and Equal Michigan in October turned in more than 483,000 signatures for a potential ballot proposal extending anti-discrimination protections

If its signatures are verified by the Bureau of Election, the group hopes the Michigan Legislature will adopt the proposals rather than sending it to the ballot, an option lawmakers would have 40 days to consider.

The ballot committee is not coordinating with Moss or Pohutsky but expects their proposals will mirror its own proposed ballot language with "no compromise" on LGBTQ rights, said spokesperson Josh Hovey.

"We're hopeful, one way or another, that the Legislature either takes up these bills or our initiative," he said.

Who do we serve?

As the Legislature considers the issue, changes also are ahead at Southwest Michigan First, which is relaunching its search for a CEO in the public spotlight and amid soul-searching.

The group represents a seven-county region — and controversy about Chatfield was especially acute in Kalamazoo, where one-fourth of its residents are Black or Hispanic.

“Kalamazoo is an extremely diverse community that really embraces equity and inclusion and diversity,” Sones said.

“Who do we serve? And what information should be available to the public?” are among the questions the corporation will confront, said Sales.

Amid Southwest Michigan First’s vows of transparency to the community, questions about Chatfield’s hiring and departure remain.

Chatfield would not disclose his compensation last week. The corporation’s bylaws are not public, Sones said, nor are its financial statements besides federal nonprofit forms that have to be filed.

Its funding reached $5.4 million in revenue in 2018, according to documents, with the money coming from private businesses and government entities.

The hire was made by a search committee, but it’s unclear how many of the 64 board members participated and how many were involved in the decision to offer him the CEO position.

“It’s abundantly clear that the search process fell below standards,” Sones said, declining to name which board member led the search or how many participated on the search committee.

Board members who supported Chatfield or raised concerns about him also have not been identified by the organization.

Southwest Michigan First will be revisiting its policies and bylaws, Sones said, to reach what she described as “the highest standards of governance.”

But she said she hopes that board members and community institutions standing behind non-discrimination advocacy in Kalamazoo will “use their political force to call on the Legislature” to support the Elliott-Larsen changes.

While Southwest Michigan First grapples with its internal policies and external relationships, its support for the LGBTQ community may not reach Lansing.

“We’re nonpartisan,” Sones told Bridge Michigan on Monday. “We have no political ties. Our position is the greatest force … is a job.”