Out of sight and often neglected, Michigan’s more than 1 million septic systems are an overlooked health and environmental risk for the state’s groundwater, rivers and lakes and the people who use them.

A Michigan State University study published in the Proceedings of the National Academy of Sciences in 2015 found that septic systems were the primary contributor to elevated levels of fecal bacteria in 64 Michigan watersheds.

“Whatever we put in our septic systems is headed to our groundwater and surface waters of Michigan,” said David Cotton, director of the onsite wastewater program at the Michigan Department of Environmental Quality.

Because Michigan is one of the few states without a septic code that applies to all residential development, the Legislature is considering two bills that would allow the Department of Environmental Quality to set baseline standards for the design and placement of these backyard sewage treatment units.

For now, a patchwork of rules, mostly written by county health departments, governs septic system installation, maintenance and repair. A state standard would be beneficial, Cotton said, by establishing a minimum level of performance for all systems and reducing environmental and health risks.

A standard would bring state and local policy closer to the physical reality of how water moves through the landscape, argued Dave Dempsey, a senior adviser with FLOW, a Traverse City-based advocacy group and environmental advisor in the 1980s to former Gov. James Blanchard.

“Groundwater is treated like a second-class citizen because the connection to surface water is not seen,” Dempsey said.

From temporary to permanent

The old thinking, decades ago, when the Clean Water Act was passed in 1972, was that septic systems would be a temporary fix, Cotton said. Backyard units that trap solid waste in a tank and allow the liquid to percolate into the soil would suffice until public sewers could be extended to farm junctions, forest nooks and isolated subdivisions.

In the 1990s, local and state leaders realized that sewer systems were not going to reach as far into suburban and rural America as centralized electric grids had two generations earlier. Federal construction grants that helped build sewage treatment after the Clean Water Act were not renewed and had been replaced with a smaller loan program.

Utilities, county commissioners and homeowners often recoiled at the price tag of extending sewer service: sometimes as high as $40,000 to $60,000 per home, Cotton said.

The temporary fix turned out to be permanent. As Cotton puts it: “The sewer was not coming.”

Michigan relies on septic systems more than most. One-fifth of U.S. households use a septic tank, compared to one-in-three in Michigan. And the number of systems in the state is growing. Half of new homes employ septic tanks, according to Cotton.

Comprehensive and well-organized data on septic system locations and conditions are notoriously difficult to obtain. The last thorough accounting of septic systems nationally was the 1990 census. Michigan still extrapolates from those numbers — by factoring in population growth — to estimate the number of statewide systems, which Cotton says is between 1.3 million and 1.4 million.

How many of the older systems are malfunctioning is even harder to reckon. The U.S. Environmental Protection Agency offers a ballpark figure: that roughly 10 percent of systems are failing. Data collected in two Michigan counties suggest a larger problem.

In 2007, the Barry-Eaton District Health Department began overseeing a local ordinance that required a septic system inspection before selling a home. Until that point, the department, which directs health programs for the two counties southwest of Lansing, had guidelines for system construction, but no way of evaluating performance after years in the ground.

The ordinance revealed long-buried problems. Of the nearly 10,000 sewage systems that were assessed, more than one in four — 27 percent — needed a major or minor repair. There were unwelcome surprises, too: 533 properties had a makeshift sewage system — a pipe leading to an oil drum, hollowed-out car, pit, or other jury-rigged contraption — or no system at all. 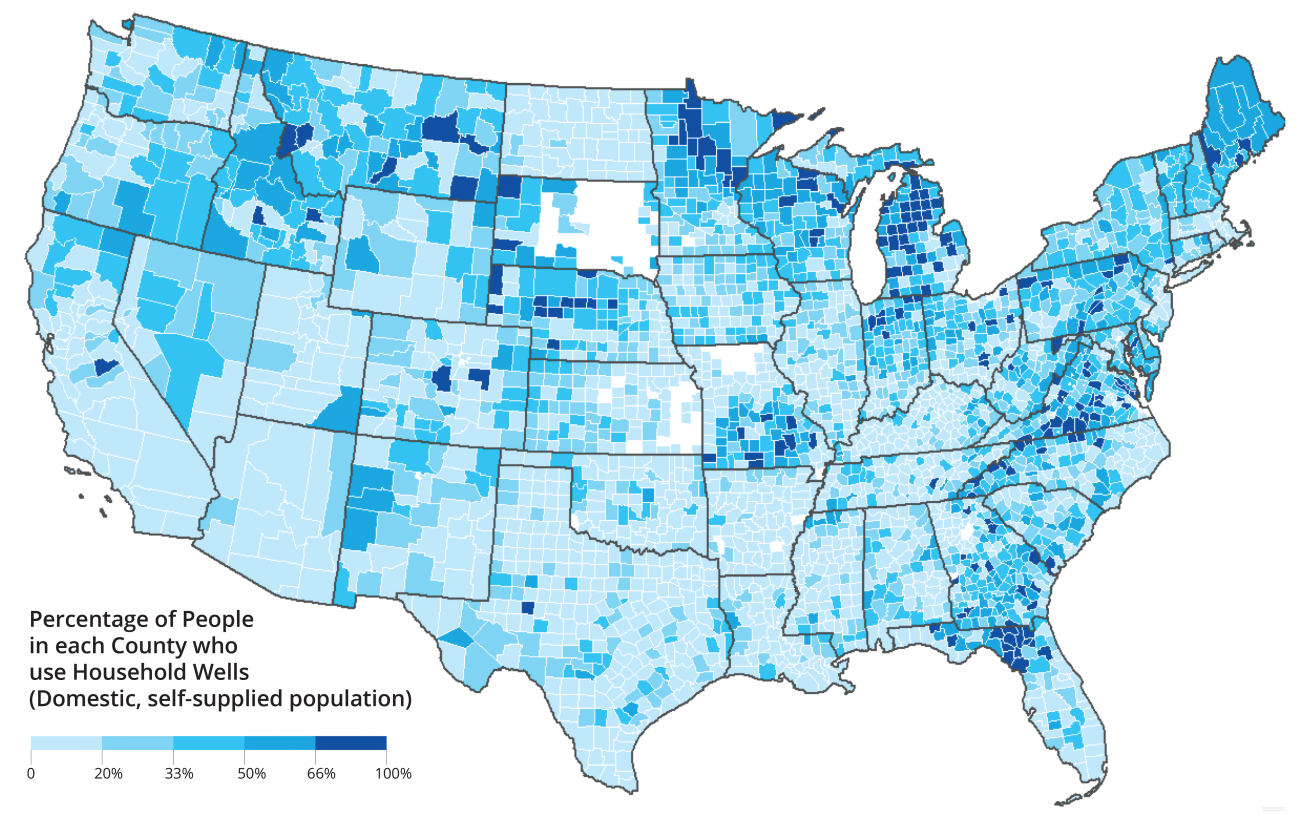 Over a decade, the time-of-sale regulation “identified numerous, significant problems with wells and sewage systems that pose a threat to public and environmental health,” according to a health department evaluation.

“It’s all connected,” Cotton said, referring to the state’s waters. “Whether you build it right or not, the liquid in the septic system is recharging streams and groundwater.”

Nonetheless, the ordinance encountered opposition from those who viewed the inspections as an intrusion on private property rights and the cost of mandatory repairs as a financial strain and obstacle to selling a home. It was a classic political conundrum: individual rights against communal costs. In the end, the Board of Commissioners for Barry and Eaton counties voted in March to repeal the ordinance.

This is the status of Michigan’s septic system regulation: a convoluted patchwork of state laws, but with oversight largely carried out at the local level. The state regulates the placement of commercial systems with more than 1,000 gallons of flow per day and high-density residential areas. Single-family homes and duplexes are mainly exempt.

By and large, it is the 44 county and district health departments that regulate septic systems for single-family residential homes. The rules vary widely. Before Barry and Eaton decided to repeal the time-of-sale ordinance, 11 county health departments had such rules.

Other jurisdictions are not so vigilant. Cotton noted that some counties have no requirements to test whether the soil is suitable. Septic systems require relatively dry soils that percolate water and are not clay. The Natural Resources Conservation Service estimates that 92 percent of the state’s soils are “very limited” in their suitability for traditional, buried septic systems that use a tank and a drain field. That means specialized systems will be necessary and “poor performance and high maintenance” should be expected, NRCS says.

But few counties have such rigorous standards.

“One problem is that the rules can be as strict or as lenient as the counties want to make them,” said Terry Gibb, who runs educational programs on septic systems for Michigan State University Extension.

Cotton said that the DEQ drafted revised standards in 2013 for commercial systems. The department has accepted those standards as a final, but it is waiting on the Legislature to authorize the change. The governor’s office is also interested in an updated code. Sustaining Michigan’s Water Heritage, a document prepared by five state agencies and released two years ago, recommended a state law to require periodic septic system inspections.

Two bills that together would authorize the DEQ, in consultation with an advisory council, to write a statewide septic code were filed in March in the Michigan House of Representatives. Neither has moved out of committee.

Rep. Jim Lower, R-Cedar Lake, who sponsored one of the bills, said that was partly due to disagreements with local health departments about a provision that would have banned and repealed time-of-sale rules like those in Barry and Eaton counties.

Lower, who has seen his district’s Pine River fouled by bacteria from leaking septic systems, said that revised language would allow time-of-sale ordinances but not require repairs before the home is sold.

Lower is hopeful the septic bills will pass before the end of the session, in December, but realizes that the competition for legislative attention will be intense.

“There are a lot of bills, the session window is closing and everyone has their priorities,” he said. “But the governor’s office has said that this is a priority  and we’ll try to get it done.”

Bridge Magazine teamed with Detroit Public Television and Circle of Blue, a Traverse City-based nonprofit, for this special report on the multiple threats to Michigan’s groundwater. Brett Walton is a correspondent for Circle of Blue. The reporting partners will host a live broadcast to discuss the report and similar threats worldwide at 1 p.m. Oct. 1. To register, follow this link.