After more than three decades at the Michigan Department of Environmental Quality, Robert Delaney thought he “would ride quietly off into retirement.”

So much for that.

The Superfund specialist — an expert in how contaminants move in the environment — has been a source of consternation for Gov. Rick Snyder’s administration since October, when he told a radio program that his grave concern about the public threat of chemicals known as PFAS drew a tepid response from his bosses.

Officially called perfluoroalkyl and polyfluoroalkyl substances, the group of chemicals had been used to manufacture everything from Teflon and Scotchgard water repellent to firefighting foam. Early research suggests a link to a litany of health conditions from the chemicals that don’t break down in the environment.

Now a national concern — particularly at military bases –  PFAS has been detected at 31 sites in 15 Michigan communities and counting. In some cases PFAS has seeped into drinking water.

Michigan has ramped up its PFAS efforts over the past year, drawing kudos from some scientists and environmentalists. But an MLive report Tuesday that Delaney first documented concerns in a 2012 report — long drawing inaction — has unleashed a torrent of criticism from environmentalists and folks living in PFAS-tainted communities.

“The state sat on a public health crisis warning for over five years,” Anthony Spaniola, a Troy attorney who owns a cottage on Van Etten Lake in Oscoda, told Bridge Magazine.

“In reacting, the state was unprepared, made serious mistakes, and continued to keep the public in the dark as much as possible,” Spaniola added.

Oscoda, a northeast Michigan tourist destination, is where PFAS from fire suppressants at the shuttered Wurtsmith Air Force base has leached into drinking water and bubbled into toxic foam that’s washed onto beaches. 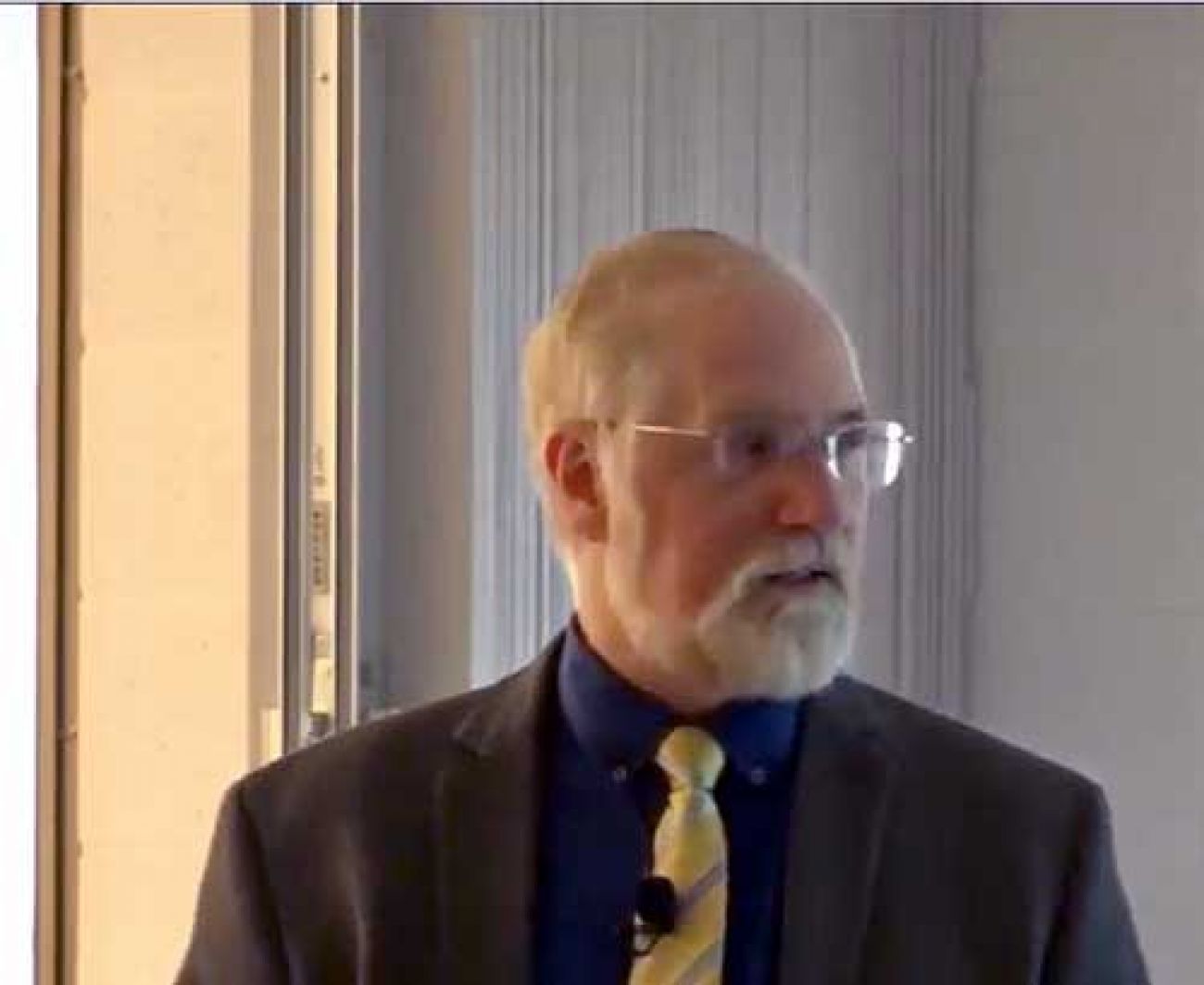 Delaney told Bridge Magazine that, while he has been frustrated with the DEQ’s pace, he appreciates the state’s recent progress.

“You’re the first guy out crying wolf. You just have to build and build and build knowledge until there’s enough people that know,” he said during a brief interview at a public event in Oscoda on June 27. “So we finally reached a critical mass.”

“Nobody goes into politics because they’re concerned about the environment,” he added, referring to the state’s elected leaders.

“So it’s always a learning experience for them. It’s not that they’re bad people.”

Snyder, a Republican, formed a multi-agency “Michigan PFAS Action Response Team (MPART) in November, and the Legislature appropriated more than $23 million for the PFAS response a month later.

And the DEQ started testing all public water systems and schools that tap well water for the chemicals.

“The State of Michigan takes this issue seriously and is one of the first states in the nation to establish a clean-up standard for PFAS in groundwater used for drinking water,” a state website says.

‘A clear failure of government’

Critics wonder where that urgency was when Delaney first raised alarms as early as 2010, shortly after he learned of the PFAS threat at a U.S. Department of Defense training session.

In an email to a former DEQ division chief that year, Delaney said PFAS would likely be a "very important and problematic contaminant" in Michigan, according to the MLive report.

In 2012, Delaney teamed with Richard DeGrandchamp, a toxicology and epidemiology professor at the University of Colorado, to author a 93-page report to then-DEQ Director Dan Wyant called “Michigan’s Contaminant Induced Human Health Crisis: Addressing Michigan’s Future By Facing the Challenge of the Evolving Nature of Environmental Contamination.”

“Not only are human populations exposed to these contaminants, but also there is widespread exposure to the nation’s and to Michigan’s ecosystems by these chemicals,” the researchers wrote.

Contaminants from the PFAS family “are contained in the blood serum of virtually every Michigan citizen,” the report said.

In his report and elsewhere, Delaney offered more than 30 recommendations. "Virtually all" have been addressed in some way, said Scott Dean, a DEQ spokesman. Critics note many of those actions came only recently — largely over the past year.

The DEQ didn’t post Delaney’s 2012 report online until after MLive requested it through the Freedom of Information Act, and the agency did so quietly.

Just weeks before Snyder launched his response team, Delaney, sitting beside his lawyer, discussed his PFAS research on the air with Steve Gruber, a conservative radio personality based in Lansing.

"I don't know what happened to the report afterwards,” he told Gruber. I gave him the report. I did learn later he distributed it to other upper managers at DEQ."

“The fact that this report was withheld from the public for six years is completely unacceptable and a clear failure of government,” Lisa Wozniak, executive director of the Michigan League of Conservation Voters, said in a news release.

“‘Forever chemicals’ like PFAS are a silent epidemic of major proportions in the Great Lakes state and have put countless families’ health at risk.”

Gretchen Whitmer, a Democratic candidate for governor, called the state’s PFAS response “a failure of leadership that has endangered the lives of Michiganders.”

In May, I had the chance to speak with Michiganders in Oscoda who were concerned about why our leaders have done so little about the PFAS contaminating their water. This is a failure of leadership that has endangered the lives of Michiganders.https://t.co/nkdXGbzOWQ

Dean said "Michigan has moved faster than any state in addressing PFAS contamination."

“We remain focused on being a national leader in public health by focusing on the important work (the PFAS team) is doing to protect people's drinking water and keep people informed as state and independent scientists continue to learn more about this nationally emerging contaminant.”

Dean added that Michigan is ready to assist local governments in investigating PFAS and will take action against polluters.

"We have also pressed federal agencies like the EPA to accelerate rule-making and standard setting for this emerging class of contaminants," he said.

Delaney’s radio interview appears to have complicated his life at DEQ.

The agency subsequently curtailed his accessibility to the media — initially turning down Bridge’s interview request before a reporter talked to him at a public event.

“This has been a very awkward time for me because of the way things played out. After a 33 year career working for the Department, I kind of thought I would ride quietly off into retirement,” he wrote to DEQ director Heidi Grether in January, correspondence that Bridge obtained through a Freedom of Information Act request and was not previously reported.

“I guess we live in extraordinary times.”

Delaney was responding to an email from Grether that summarized the agency’s response to the 2012 report.

“A number of recommendations contained in your report are not within DEQ’s authority to implement, but state government all the way up to the Governor is engaged and actively working to identify and mitigate potential threats to public health,” she wrote.

In his response, Delaney said he was “just brainstorming” in offering the recommendations and agreed that “many of the ideas might be impractical or as you point out, not within the authority of DEQ.”

“I want to say, I am so very impressed by the thoughtful approach the state agencies and the Governor’s office have brought to the issue,” Delaney wrote.

Delaney told Bridge that a bureaucratic squabble isn’t the most important narrative associated with PFAS.

The biggest story, he said, is that America hasn’t learned from its environmental sins decades ago.