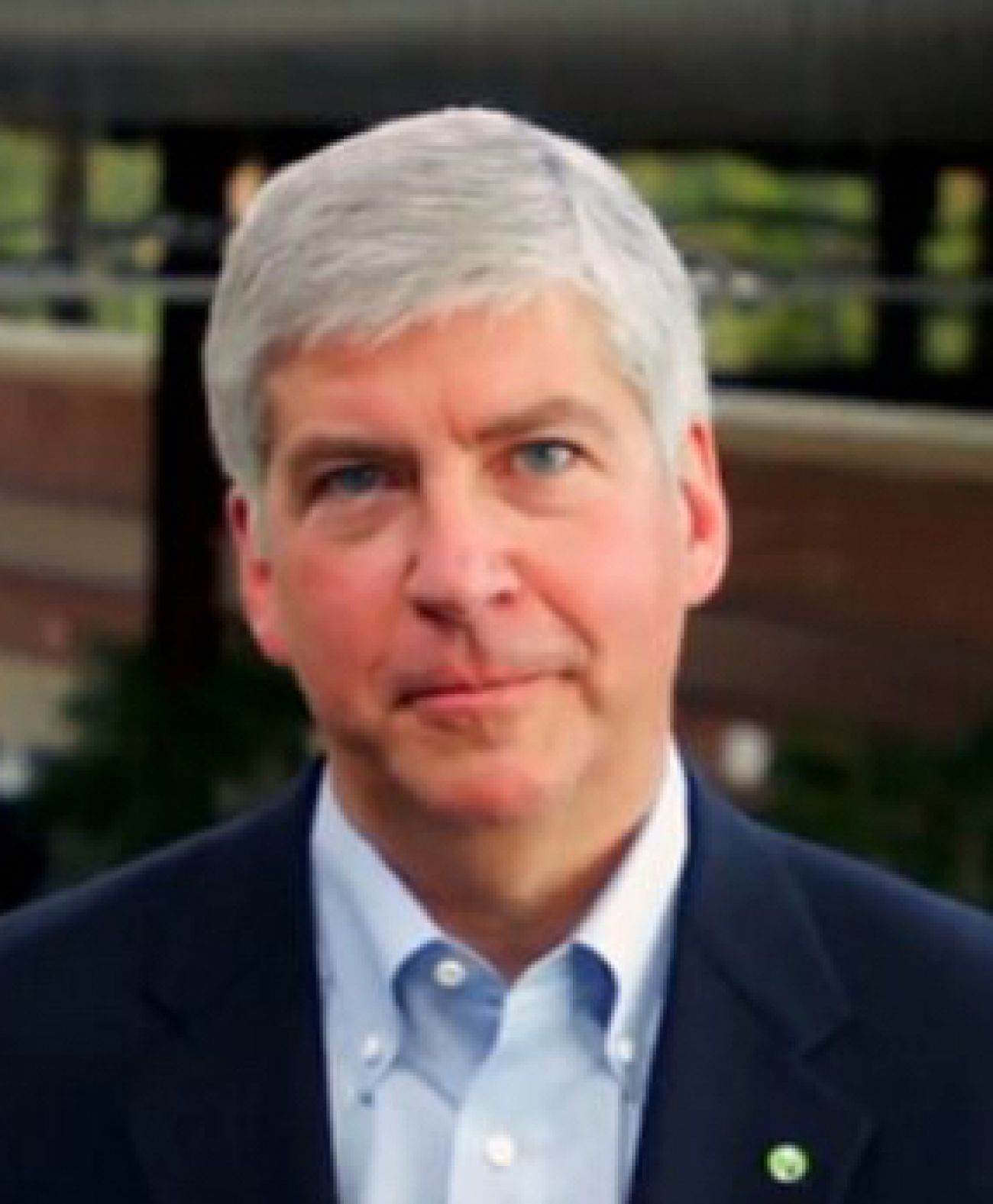 LANSING — Gov. Rick Snyder on Friday asked Attorney General Bill Schuette to sue 3M, the manufacturer of products laced with the chemical PFAS that is increasingly contaminating waterways in Michigan and elsewhere.

“To recover the costs incurred by the State, along with compensating for the corresponding environmental harm and public health threat, I ask that you immediately initiate a lawsuit on behalf of the State of Michigan” against the chemical giant and “all other responsible parties,” Snyder wrote to Schuette in a letter circulated Friday.

The letter is the first step in a lawsuit against the Minnesota-based corporation that makes Scotchgard and products like firefighting foam that include the chemical. By law, the attorney general must sue on behalf of the state any time the governor asks.

“He has to start preparing a lawsuit now.” said Anna Heaton, Snyder’s spokeswoman.

Now a national concern — particularly at military bases –  PFAS has been detected at 31 sites in 15 Michigan communities and counting. In some cases PFAS has seeped into drinking water.

Officially called perfluoroalkyl and polyfluoroalkyl substances, the compounds are used in several non-stick and waterproofing substances, and are key ingredients in firefighting foam long used on military bases, airports and elsewhere.

Early research suggests PFAS compounds may be linked to developmental and behavioral problems for infants and children, hormonal problems and even certain cancers. A growing number of military veterans and others who believe they were exposed to PFAS are wondering if the chemicals triggered their health problems.

In his letter to Schuette, Snyder wrote PFAS in Michigan waters “are directly attributable to the products 3M designed, manufactured, marketed and sold since the 1960s,” including Scotchgard and firefighting foams known as AFFF and AR-AFFF.

“It is generally understood that 3M was aware of the nature of its products and the threats they posed to public health,” Snyder wrote.

“Despite this knowledge, 3M continued to manufacture, market and sell its products containing the contaminant without disclosing to its customers and regulatory agencies the threat they posed to the general public.”

Lauren Houck, a spokeswoman for Schuette, said:  “We have received the letter and we are reviewing it.”

"3M cares deeply about the safety and health of Michigan’s communities," the company said in an emailed statement Friday. "3M acted responsibly at all times in connection with products containing PFOS, PFOA and AFFF, and will vigorously defend its record of environmental stewardship.”

Snyder’s maneuver comes as environmentalists and residents of affected communities are criticizing the state for not addressing the problem sooner.

A Department of Environmental Quality researcher documented his PFAS concerns in a 2012 research paper that initially drew a tepid response from his bosses.

Snyder’s office has pushed back against those criticisms and sought to highlight the state’s efforts over the past year.

Snyder formed a multi-agency “Michigan PFAS Action Response Team last November, and the Legislature appropriated more than $23 million for the PFAS response a month later. And the DEQ started testing all public water systems and schools that tap well water for the chemicals.

Wolverine also has said 3M bears some responsibility for that contamination because it manufactured the toxic chemical used to make shoes. Wolverine welcomed Snyder's move Friday.

"3M created, made, marketed, and sold Scotchgard to millions of consumers and thousands of businesses for decades, and Wolverine continues to believe that 3M should acknowledge its responsibilities and be involved in solutions," the company said in a statement.

In June, New York sued 3M and five other companies over the chemical contamination, and 3M this year paid $850 million to settle a lawsuit with Minnesota in the state’s biggest environmental lawsuit in history.