In Bridge’s Michigan Environment Watch, we share a roundup of recent stories on the Great Lakes or other environmental issues. If you see a story we should include next time, use the hashtag #EnviroReads on Twitter or email environmental reporter Jim Malewitz at jmalewitz@bridgemi.com.

Flint’s testing problems put it back in violation of Safe Drinking Water Act
MLive
“The city is in violation of the Safe Drinking Water Act for failing to test water at enough homes with lead service lines or lead plumbing fixtures, the Michigan Department of Environment, Great Lakes and Energy says,” Ron Fonger reports. “Flint officials received the violation notice in a letter Friday, Aug. 16, and a spokeswoman for the city said officials “disagree with the facts as stated in this letter" -- at least in part because the state "did not provide the city with the final approved sampling methods” until March 22.”

Consumers Energy proposes settlement for solar developers in Michigan
Crain’s Detroit Business
“A major backlog of commercial solar developments in Michigan could be relieved if the Michigan Public Service Commission approves a proposed settlement on contracts between Consumers Energy and 20 independent power producers,” Jay Greene reports. “Over the next four years, Consumers has proposed to contract with nearly a dozen solar development companies, including Cypress Creek Renewables and Geronimo Energy, for up to 584 megawatts of renewable power, averaging about 150 megawatts per year, according to the settlement filed with the MPSC Aug. 8.”

Tons of boulders creating new $1 million reef in Lake Huron’s Saginaw Bay
MLive
“‘Don’t get hit’ reads one of the rocks getting dumped into Saginaw Bay to create a new underwater reef. The note painted on the rock is from a student who learned about the project in school. Nearly 23,000 tons of rocks are being used to create the offshore reef in waters northeast of Bay City. The $1 million project aims to revitalize walleye and other fish populations in Lake Huron and Saginaw Bay,” Anna Liz Nichols reports. “When it’s finished, the reef will cover about 3 acres and provide a rocky habitat to promote fish reproduction. Sediment covers much of the bay’s bottom, a legacy of the area’s logging and agricultural industries.”

Under a Snyder-era reform following the Flint water crisis, Michigan utilities must begin switching out lead service lines this month, part of a 20-year project. But some already are seeking extensions and some cash-strapped cities are reluctant to have vulnerable ratepayers shoulder the burden. 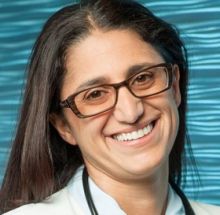 Years after a cost-cutting move resulted in lead-poisoned drinking water in Flint, residents said they are furious that the governor who placed their city under emergency control won’t face more serious charges.