Instead, the Michigan Department of Environment, Great Lakes and Energy has dismissed a complaint challenging the 2018 permit that allows the company to increase its withdrawals form the Osceola County well by 60 percent.

The permit, granted under then-Gov. Rick Snyder, allows Nestlé to withdraw up to 400 gallons per minute—576,000 gallons daily—to supply its Evart water bottling operation in exchange for a $200 annual fee.

The state concluded the petitioners, Michigan Citizens for Water Conservation and the Grand Traverse Band of Ottawa and Chippewa Indians, should have made their claims in a circuit court.

“EGLE remains committed to protecting our state’s valuable water resources, but as a regulatory agency we must act within our statutory authority,” said Liesl Clark, director of the state’s environment department.

“The Safe Drinking Water Act only allows EGLE to hold contested case hearings under very limited circumstances which are not present in this case.”

Michigan Citizens for Water Conservation President Peggy Case said she’s disappointed and will meet with the group’s board of directors this weekend to determine whether to file a lawsuit.

“I’m not surprised,” Case said. “They seem to be following right along with the policies of the [former Michigan Gov. Rick] Snyder administration.”

In a statement, a Nestlé spokesperson said the company “is pleased” with the department’s decision.

“We have confidence in the science behind our application from the 18 years’ worth of environmental data collected near the site since beginning our operations in Michigan, EGLE’s thorough review and analysis of our application and data,” the statement read.

Friday’s decision is the latest twist in a lengthy dispute over Nestlé’s proposed pumping increase. In April, Administrative Law Judge Dan Pulter found the increase was “reasonable under common law principles of water law in Michigan.”

That led to the complaint from Michigan Citizens for Water Conservation and the Grand Traverse Band of Ottawa and Chippewa Indians.

“They promised they would do something about it, but they have not,” she said.

Jim Olson, founder and president of the nonprofit For Love of Water, said EGLE’s action “undercuts citizens’ faith and trust.”

“There was no reason for the Department or Attorney General’s office to after-the fact argue there was no jurisdiction,” Olson said, “other than punish citizens’ good faith participation in government.”

The state release noted that many Michiganders take issue with the fact that Nestlé receives the water virtually free-of-charge, as do all Michiganders who draw their water from a privately-owned well on their property.

Michigan’s “reasonable use” doctrine generally gives landowners the right to pump water from underneath their property so long as it doesn’t interfere with surface water navigability or other users’ rights.

Clark said the department supports efforts to “prevent private parties from profiting off our state’s water resources,” but fixing the problem would require action from the state Legislature.

A release from the department called Nestlé’s Osceola County operation “the most intensively monitored water withdrawals in the state.” That monitoring and additional federal data provides assurance that nearby water resources are “actively monitored and protected.”

But Case disagrees. She said state regulators have been “unwilling to talk to us” about concerns that Nestlé’s pumping is impacting the local ecosystem.

The well is near two coldwater trout streams, Twin Creek and Chippewa Creek, and Case said she’s “seen the mudflats and dried-up feeder creeks” that she believes prove Nestlé’s withdrawals are harming the local environment.

The decision provides clearance for Nestlé to increase its extractions from the well, but as of Friday, it was unclear whether the company had the infrastructure capacity to do so.

Osceola Township used zoning laws to stop the company from building a booster station to pump the higher volume of water through a pipeline for eventual bottling at the Stanwood plant.

The Michigan Court of Appeals unanimously upheld the township’s denial in December, after a lower court had ordered the township to approve Nestlé’s needed infrastructure.

Case said Nestlé planned to transport water through other means, but it’s not clear whether the company has followed through with its plans. Nestlé did not respond to questions about the matter. 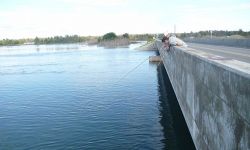 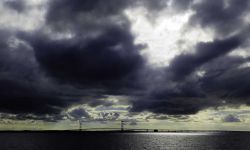 Is the Line 5 tunnel a bridge to Michigan’s energy future or a bad deal?