A Swiss company’s water withdrawals in northern Michigan are again stoking long-simmering tensions, with the issue becoming part of a larger debate over who controls water diversion across the Great Lakes region.

In a one-two punch, Nestlé Waters North America, Inc. is the target of two state bills designed to increase the state’s control over groundwater supplies shortly after the company lost a court appeal related to its plans to increase pumping rates.

It’s the latest turn in a longstanding dispute over whether Nestlé’s groundwater extraction for Ice Mountain bottled water is an acceptable use of the state’s public water supplies.

“Michigan,” he said, “stands alone in the Great Lakes region for just how controversial bottled water has become.”

Democrats in the Michigan House introduced two bills that could complicate Nestlé’s ability to pump and bottle for sale Michigan groundwater, if successful. One would establish that Michigan’s groundwater is a part of the public trust, which would make it easier for those who oppose the company’s withdrawals to sue. The second would ban water pumped in the state from being shipped outside of the Great Lakes watershed.

Spokespeople for Speaker of the House Lee Chatfield and Senate Majority Leader Mike Shirkey, both Republicans, told Bridge they haven’t had a chance to review the legislation.

The bills came two days after the company lost in the court of appeals. Nestlé’s legal fight began in 2018 when it sought to install new machinery in Osceola township to increase withdrawal as approved under Snyder.

The township intervened, saying the land Nestlé hoped to build on was zoned for agricultural use only.

Nestlé sued, claiming its pump was exempt from local land use regulations because water is essential for human life — it thus was providing a public service, it argued, that could not be banned by local zoning laws.

The lower sided with Nestlé, but the township found a friend in the Michigan Court of Appeals, which overturned the verdict last week, saying that while water was certainly essential, bottled water was not.

Nestlé is likely to appeal the decision, but environmentalists applauded it.

The ruling is “really significant,” and sets an important precedent, said Liz Kirkwood, executive director of For Love of Water (FLOW), a water conservation nonprofit organization based in Traverse City.

Rep. Yousef Rabhi, D-Ann Arbor, told Bridge that the court ruling strengthens the argument behind a bill he is sponsoring that would make groundwater part of the public trust.

“We had been preparing our legislation for quite a while before the [court] ruling came out, but we think this strengthens our argument,” he told Bridge.

Groundwater has historically been excluded from public trust doctrine because Michigan courts have limited public trust waters as those that are “navigable,” said Noah Hall, a law professor at Wayne State University who specializes in water regulations.

While Rabhi said the bill would expand opportunities for litigation against water withdrawals, Hall said he is less confident it would play out that smoothly.

“It’s hard to see it being a game-changer on any specific water use that’s in play right now,” he said. “No court has really answered head-on the fundamental question of whether bottling and selling water violates public trust” regardless of source.

Rep. Rachel Hood, D-Grand Rapids, is sponsoring the bill that would ban Michigan-sourced bottled water from leaving the Great Lakes basin by eliminating an exception that allows export in containers smaller than 5.7 gallons.

That carveout for small containers was born out of a compromise when the Great Lakes states were negotiating the compact. Compact members weren’t sure how to handle diversions for bottled water, beer or pop while keeping the package politically viable in all eight states.

Ontario suggested a compromise: The Canadian province had banned diversions before the compact, but Annin said its political leaders eventually “decided that you couldn't drain the Great Lakes with small bottles. And so Ontario decides to ban diversions and bottles larger than 20 liters, which is roughly 5.7 gallons.

“In the tense negotiating room for the compact that was like a magical compromise that everyone could put their arms around,” said Annin.

Rabhi said that, together, the two House Democratic bills work together to give Michigan residents more control over how the state’s groundwater is used.

“The proposed package of bills in the Michigan House unjustly targets the bottled water industry. It is unfair to single out one industry, one type of water user, for such restrictions” a Nestlé Waters North America spokesperson wrote in an email to Bride Magazine.

Rabhi doesn't deny the company is a major reason for the legislation. “What we are really targeting [with these bills] are companies like Nestlé that are stealing our groundwater,” he said.

But some skeptics say they worry the legislation, if approved, could carry some unintended consequences.

The public trust legislation “would not really impact much small farmers at all,” assured Rabhi. “We need to make sure our farmers have access to reasonable amounts of groundwater.”

But Matt Smego, manager of government relations at the Michigan Farm Bureau, said, “that’s a gross misstatement about what the impacts will be. This legislation appears to be a wolf in sheep’s clothing.”

It’s a “bad precedent” on a number of fronts, Smego argued. It may require farmers to seek public approval for “what kind of commodities can be grown in the state,” tramples property rights, and could take groundwater management decisions “away from the scientific elements we’ve relied on” into the more emotional court of public opinion.

The agriculture industry’s concerns may make the bills a tough sell for Rabhi’s Republican colleagues, who he admits are not completely on board yet.

“I think that it’s an ongoing conversation with folks on the other side of the aisle,” he said.

Hall, of Wayne State, agreed that the bills could have unintended consequences.

“If you want to protect groundwater as a natural resource from overuse, then you have to be willing to take on [agriculture] and other water users which are the major users of groundwater,” Hall said.

“If what you're trying to do is ban bottled water, then ban bottled water,” Hall suggested. “It seems a little silly to try to craft a protection for water that protects water from one use and not others, especially when [bottled water] is not a particularly large use.” 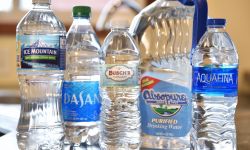 Michigan may restrict withdrawals for bottled water like Nestle 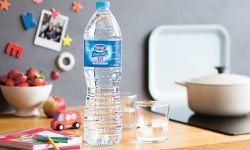 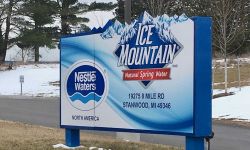