A kiteboarder glides across Lake Michigan near Muskegon on Oct. 10. Surface water temperatures in every Great Lake are the warmest on record for this time of year, according to federal data. (Bridge photo by Kelly House)
October 18, 2021
Kelly House (Email)
Michigan Environment Watch
Michigan climate change, Great Lakes

Normally this time of year, Dennis Eade would be on a boat in the Pere Marquette River or Grand River, hooking chinook salmon or steelhead as they migrate upstream for the annual fall spawning season.

But instead, Eade is still waiting for his fishing buddies to alert him that the fall run has finally begun to pick up steam, after falling weeks behind schedule.

“All we need is a nice cold front and some rain,” said Eade, a Holland resident and executive director of the Michigan Steelhead and Salmon Fishermen’s Association.

Nearly three weeks into October, much of Michigan remains stuck in early autumn mode, fueling frustration for fall anglers, exaltation for late-season swimmers, and itchiness for anyone who ventures outside for too long without bug spray.

Experts say it’s not an anomaly: For decades now, climate change has been slowly stealing Michigan’s crisp Octobers and replacing them with a milder, muggier, buggier version.

Record warmth in the Great Lakes

Tuesday’s high in Detroit is expected to be 72 degrees — 11 degrees higher than the historic average for Oct. 19.

Across the state, Michigan’s October temperatures have been between 10 and 15 degrees above long-term averages, said Richard Rood, a University of Michigan professor who is an expert in weather modeling and co-principal investigator at the Great Lakes Integrated Sciences and Assessments.

What’s causing the warm fall? It’s not just warm days, Rood said, but also “a lot of accumulated heat in the environment.” Specifically, in the Great Lakes, which cool down slower than the surrounding air.

The waters of the Great Lakes are dramatically warmer than usual. In fact, as of Monday, all five of the Great Lakes were the warmest they’ve been this time of year since NOAA’s record keeping began in 1995, said Craig Stow, a scientist with the National Oceanic and Atmospheric Administration’s Great Lakes Environmental Research Laboratory.

The average surface water temperature on Lake Michigan, for example, was 63 degrees on Monday, or eight degrees above the long-term average. Lake Superior’s 57 degrees was almost four degrees above average.

While it might be tempting to rejoice at sweatshirt-free tailgates and prolonged swimming seasons, Rood said the prolonged summer-like weather is no cause for celebration.

As someone who spends his days researching the ongoing destruction caused by burning fossil fuels to generate electricity and power our vehicles, he sees this year’s pleasant October temperatures as a harbinger of even more dramatic disruption ahead.

“I find it quite difficult to enjoy weather that’s so anomalously different,” he said, “because we’re just at the beginning. You can’t just say this is a freak nice day.”

Coupled with a hot, stormy summer that repeatedly flooded out southeast Michigan and produced widespread power outages, Rood said this year’s delayed fall is just the latest oddity in a summer of weather that has been “just plain weird.”

A combination of late-season warmth and humidity has created good growing conditions for all sorts of things, from plants and fungus to mosquitoes and ticks.

Along with the warmer weather comes heightened risk for mosquito and tick-borne diseases, said Emily Dinh, a medical entomologist with the Michigan Department of Health and Human Services. 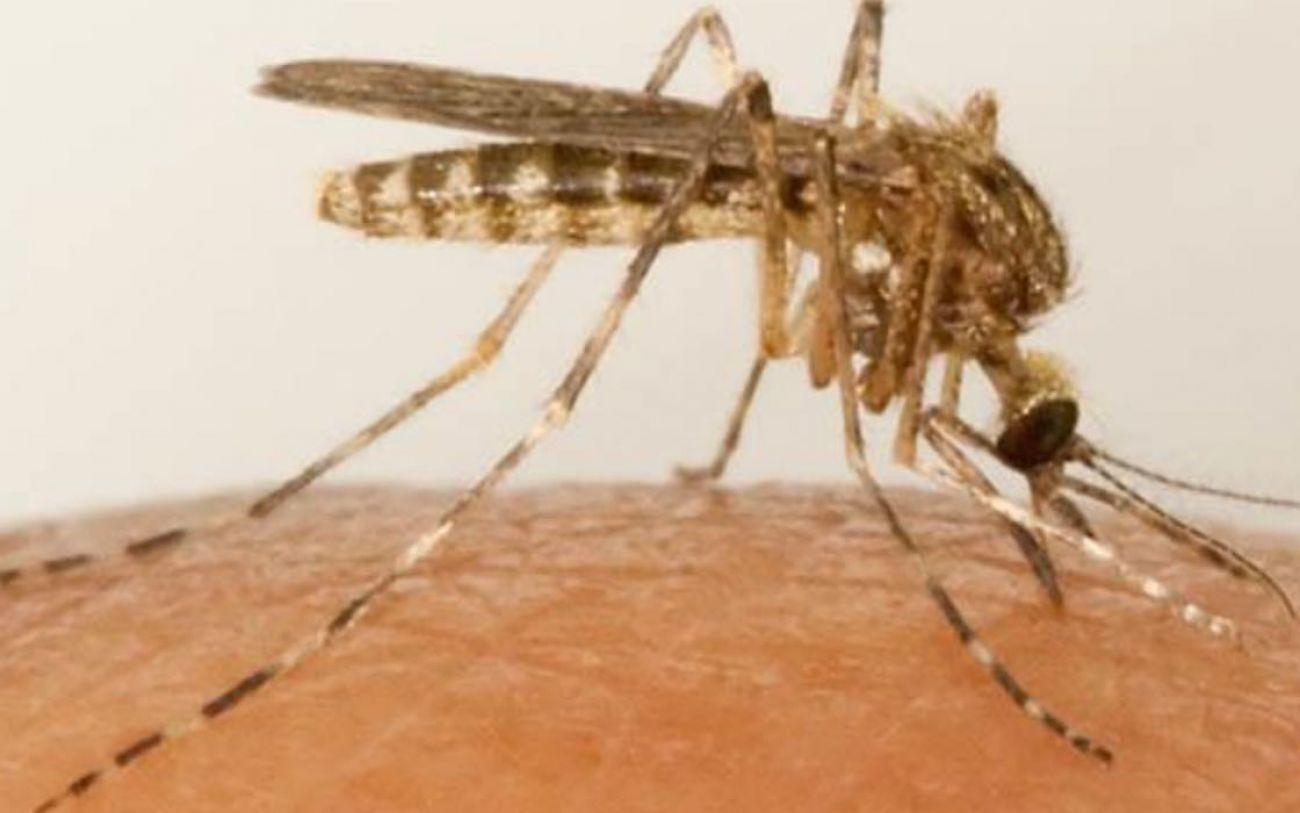 Later fall freezes mean longer growing seasons, which is good news for farmers but bad news for those who venture outdoors in short sleeves without bug spray. (Bridge file photo)

The agency last week announced three new cases of Eastern equine encephalitis in Michigan horses. So far, Michigan has registered eight cases of the deadly virus in animals this year, and none in humans. That’s a decrease from last year’s 41 animal cases and 4 human cases.

But this year’s late-season cases point toward a trend: Warmer falls are allowing zoonotic diseases to spread later into the year, and expanding their range further north.

Dinh said Michiganders will remain at risk until the state gets its first hard overnight freeze — something that’s not in the near-term forecast pretty much anywhere in Michigan.

Long term, Dinh said, the growing threat of insect-borne diseases means Michigan needs “a more comprehensive approach” to combating the problem, such as more widespread mosquito control efforts such as locally-funded programs in the Thumb.

“My hope is that those sorts of programs become more prominent throughout the entire state, because the mosquitoes are all over the state,” she said.

While Eade’s salmon and steelhead fishing is suffering, some fish species have benefitted from the mild October, which has lengthened their growing season and enabled them to put on more weight before the winter, said Gary Whelan, a program manager with the Michigan Department of Natural Resources fisheries division.

But coldwater fish like salmon and steelhead are stressed, he said.

“Their reproductive cycle is telling them, based upon sunlight, that it’s time to spawn,” Whelan said. “But the temperatures are not."

That’s causing some fish to spawn later, which also means their eggs will likely hatch later in the spring, potentially creating survival challenges for next year’s young.

Warmer weather has also made for a slower start to fall bird migration season. Waterfowl migrate down from Canada once the weather cools. Holy Vaughn, spokesperson for the DNR wildlife division, said the fall duck hunting season has so far been slower than usual.

Welcome to the new normal

Bigger changes are ahead, said Rood, the U-M researcher. As climate change continues unabated, Michigan’s summers will continue to lengthen while its falls and springs contract.

Making matters worse, a landmark global assessment released this summer warned that by continuing to burn fossil fuels, humanity has locked in at least three more decades of worsening climate impacts, even if world governments and economies swiftly ditch fossil fuels to become carbon neutral by 2050.

With those changes now locked-in, Stow said, “the past may no longer be a good predictor of the future.”

In other words, this warm October isn’t all that abnormal at all. It’s a predictable consequence of a changing climate.

And while today’s version of climate change in Michigan is manageable in comparison to the massive wildfires and drought out West or the mega-hurricanes and rising seas along the ocean coasts, “it could be a very different story in 30 years,” Rood said.

Whelan, of the DNR, said that’s bad news for the long-term survival of Michigan’s coldwater fish in some rivers and lakes.

“It’s going to be a huge challenge for future biologists,” he said.

Beyond the noticeable immediate effects like abundant mosquitoes and delayed fish runs, warm Octobers can produce long-term change that’s harder to notice in the moment.

For example, Rood said, cold snaps that come on suddenly after warm weather can stress or kill trees, creating new opportunities for invasive plants to gain a foothold. Over time, Rood said, those subtle changes snowball, amounting to “a massive amount of disruption.”

He said Michigan shouldn’t just be taking note of the changes by keeping bug spray on hand later into the year, or installing sump pumps to deal with worsening summer floods. Instead, he said, we should be anticipating and adapting to the changes we’ll continue to see in the decades ahead.

That means preparing our public health system to deal with worsening insect-borne diseases, educating first-responders who will have to respond to more heat-related emergencies, and training contractors to design new buildings to withstand climate threats.

Eade’s fishing group has taken that advice to heart by growing increasingly focused on advocating to remove dams that artificially slow and warm Michigan’s rivers.

As Michigan’s summers grow longer, he said, “we’re going to need that colder water to keep these trout healthy and alive.”