Flood waters and hot weather continue to wreak havoc in southeast Michigan, with a huge spike in Legionnaires’ disease driving the latest threat.

The Michigan Department of Health and Human Services on Monday alerted public health departments, hospital officials and other health providers through its Michigan Health Network messaging system to be on the lookout for cases.

In the first two weeks of July, the state reported 107 cases of Legionnaires’ disease compared to just 16 cases over the same two-week period last year and 41 cases during that period in 2019.

This year’s cases in the first two weeks of July do not seem connected, said Lynn Sutfin, MDHHS spokesperson. While cases normally increase in the warm months of summer, “this is quite an uptick,” she said.

Cases have been reported in 25 counties, mostly in metro Detroit. They include 19 cases in Wayne County, 17 cases each in the city of Detroit and in Oakland County, and 15 in Macomb County.

Legionella bacteria naturally occur in lakes and streams, but can become a health concern when they enter public water systems — in shower heads, hot tubs, decorative fountains, and complex plumbing systems — and people breathe in the water mist.

People also can get sick by aspirating on drinking water containing Legionella when the water accidentally enters their lungs.

The bacteria can cause two forms of respiratory infections. The first, Legionnaires’ disease, is the most serious; the infection causes fever, cough and pneumonia. A milder form of legionellosis is Pontiac fever, which causes influenza-like illness and resolves on its own. Both can be fatal if untreated.

Those most at risk are those older than 50 who smoke, have chronic lung disease, or a weakened immune system from diseases or immunosuppressant drugs.

Beyond flood waters and heat, there might be something else at play: the reopening of work sites, hotels and other businesses following a prolonged shutdown because of COVID-19. 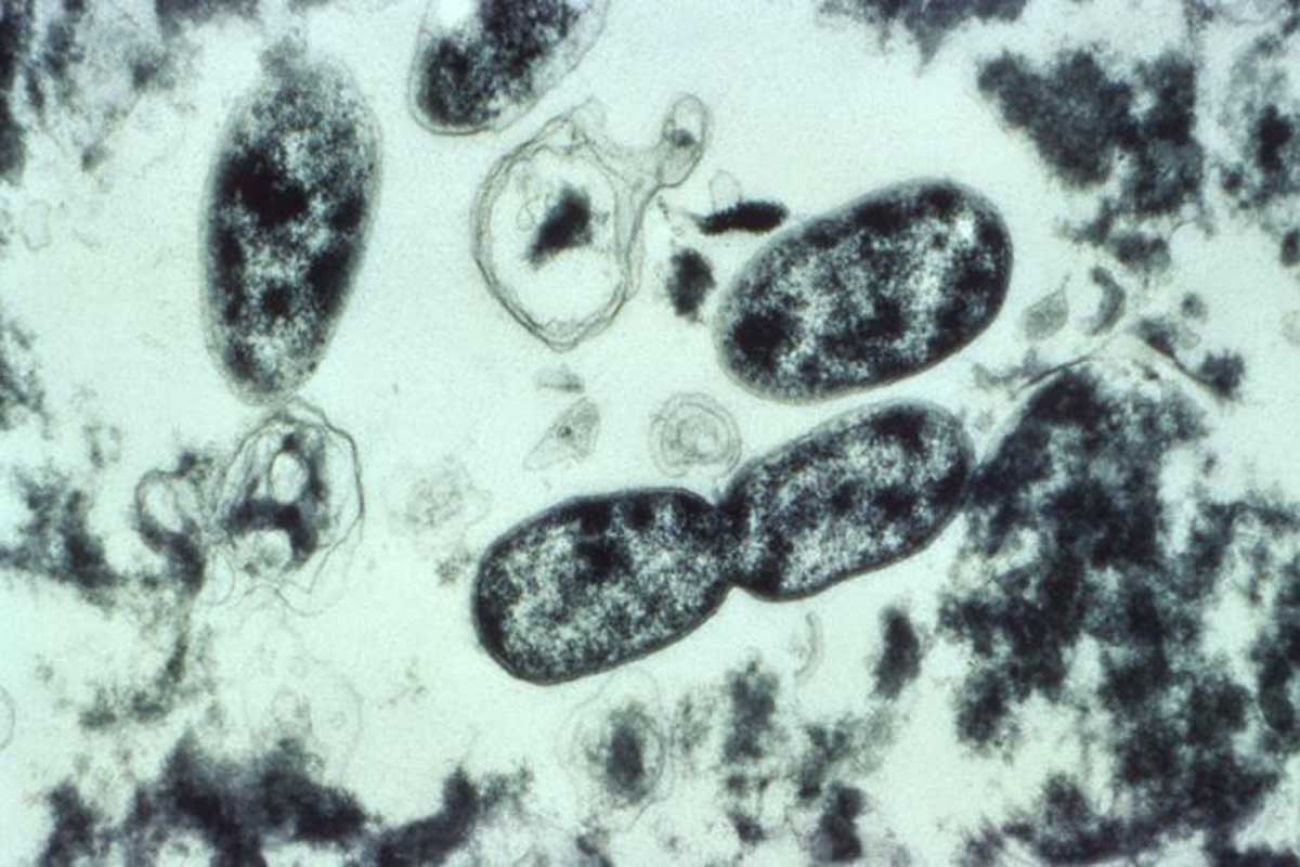 Legionella pneumophila bacteria as seen under a microscope. (Courtesy of Centers for Disease Control and Prevention)

Hot tubs and decorative fountains, for example, can create a mist that is then breathed in, Sutfin noted.

The Centers for Disease Control and Prevention offer guidelines on safely reopening to guard against legionella bacteria as well as mold, lead and copper contaminants.

The usually under-the-radar disease became a high-profile issue in Michigan after an outbreak at McLaren Flint Hospital during the Flint water crisis in 2014 and 2015, infecting 90 people. An investigation into the cause of the outbreak linked it to low chlorine levels in the municipal water system. But a 2019 letter from the Centers for Disease Control and Prevention connected the hospital to Legionnaires' cases dating back to 2008 — years before the city’s water crisis began.

Environmental health and climate experts have warned that a changing climate makes Michigan summers hotter, with a volatile water cycle characterized by alternating periods of drought and intense rainfall — the kind of environment that allows waterborne bacteria to thrive.

Daniel Brown, a watershed planner and former climatologist with the Huron River Watershed Council, helped author a 2015 report that predicted Legionnaires’ outbreaks would become more common under those conditions.

The potential connection between last month’s floods and the Legionnaires' uptick is just one example of the “snowball effect” of climate change, according to Tina Reynolds, environmental health and policy director for the Michigan Environmental Council: It’s not just getting hotter; that heat is causing high pollen counts and worse tick seasons.

And stormier weather, which causes damaging floods like the one last month, is also driving mosquito outbreaks, infrastructure failures and increased risk of waterborne illness such as Legionnaires’.

In the past week alone, a massive wildfire following drought and high heat has consumed hundreds of thousands of acres in Oregon; flash flooding has killed more than 180 people in Germany; low water in the West’s second-largest reservoir has forced officials to pull the “emergency lever,” and southeast Michigan has faced yet another round of flooding.

“It’s been a pretty dire week,” said Brown, the watershed planner. “Because these things that we sort of expected, and wrote reports about, and started thinking about their local impacts maybe 10 years ago ... they're here.”