Yes, mosquitoes are worse in Michigan this summer. And it ain’t over

A drought followed by torrential rain was ideal for mosquitoes, but not so much for humans. (Shutterstock)
July 12, 2021
Sophia Kalakailo
Michigan Environment Watch
Michigan climate change

Michigan Environment Watch
Yes, mosquitoes are worse in Michigan this summer. And it ain’t over

You’re not imagining it — mosquitoes are bad right now.

Rainfall preceded by drought-like conditions in April resulted in mosquitoes swarming the state this summer.

The mosquitoes this year were even too much for Michigan State University’s mosquito expert to walk his dog in the daytime. MSU entomology professor Edward Walker studies mosquitoes and vector-borne diseases like those spread by the blood-sucking bugs.

All that swatting and scratching you’re doing? Get used to it, Walker said. The pesky, needle-nosed insects are likely to be swarming in the millions across Michigan for the rest of the summer. Here’s what you need to know, even if you’d rather not.

Why are mosquitoes so bad right now?

While male mosquitoes flit from plant to plant sipping nectar, female summer floodwater mosquitoes suck the blood of animals and lay eggs in low lying grassy areas like along roadways, roadside ditches and grassy swales their entire lifespan, which lasts about three weeks. They can lay hundreds of eggs up to possibly six times before they die, Walker said. When water inundates areas where mosquitoes laid eggs, the eggs hatch and mosquitoes emerge as adults a week to 10 days later.

But this year Michigan experienced near-drought conditions back in April. Without rainfall, the mosquito eggs built up without hatching – eggs can even survive through winter and hatch in succeeding years, Walker said. That build-up of eggs culminated into the swarm of mosquitoes we see now after rain inundated Michigan at the end of June.

“I suppose they’re aesthetically valuable… just like for any living thing. But mostly they're sort of flying bloodsuckers.”

“I can't put my finger on the exact number of mosquitoes we have right now – that would just be an enormous number,” Walker said. “But we went from virtually no mosquitoes – at least of this kind, the pest kind – to a huge population in a very short period of time.”

What parts of Michigan are the worst for mosquitoes now?

The six-legged vampires can be a nuisance anywhere in Michigan. In general, Walker said, areas that experience half an inch of rain or more will experience a big hatch of mosquitoes. Meaning, if your area recently experienced heavy rainfall, mosquitoes are likely hatching.

Will the mosquitoes begin to die down soon or is there another wave coming?

When a big hatch of mosquitoes occurs after at least half an inch of rainfall, those mosquitoes go out to lay more eggs. If rainfall continues, those eggs will keep hatching and the cycle will continue – leaving Michiganders to suffer through the summer.

“I think we're in for a bad mosquito summer on that basis because the populations build up,” Walker said.

Are there mosquito-borne viruses present in Michigan?

Fever, headache and fatigue are common Jamestown Canyon virus symptoms. On rare occasions, the virus can result in severe illness or death, according to the Centers for Disease Control and Prevention.

Walker added that dog heartworm, also transmitted by mosquito bites, has become common and urges pet owners to administer preventative medicine to their pets from a veterinarian.

State and county health departments as well as Michigan State University are currently surveying for EEE and West Nile virus.

Walker said EEE has not been detected in Michigan this year but that it “can come on really fast.” EEE is very rare but far more deadly, with a 33 percent fatality rate and those who survive may suffer severe and permanent brain damage. In 2020, there were three human cases and one death in the state.

How does the state manage mosquitoes? Will the state spray mosquitoes again? Is that safe for other animals/bugs?

In 2020 the state sprayed numerous southwest Michigan counties to combat the deadly EEE virus with an organic pesticide toxic to insects.

Chelsea Wuth, spokesperson for the Michigan Department of Health and Human Services, said the state has no current plans to conduct aerial treatment.

What do mosquitoes do for the rest of the environment?

Pretty much nothing. Walker said that if mosquitoes were eradicated, other forms of life would not suffer. While bats, birds and fish eat mosquitoes, no predator relies solely on mosquitoes for food.

“I suppose they’re aesthetically valuable… just like for any living thing,” Walker said. “But mostly they're sort of flying bloodsuckers.”

What can you do to avoid getting bit?

The most simple way is to stay inside, Walker said, but of course, that’s not always preferable during a Michigan summer. 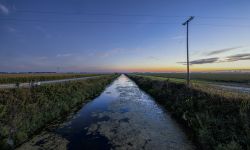 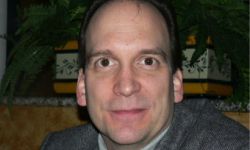